A flying defibrillator, in other words, though a future version is planned to be a "flying medical toolbox" able to carry an oxygen mask to a person trapped in a fire or an insulin injection to a diabetes sufferer...


Article has one minor editing howler, however:

"The ambulance drone can get a defibrillator to a patient within a 12 square kilometre (4.6 square miles) zone within a minute, reducing the chance of survival from 8 percent to 80 percent."
Click to expand...

Further to my earlier post re the 'TANAN' UAS, saw this on the Shephard site - http://www.shephardmedia.com/news/uv-online/euronaval-tanan-uas-set-surface-vessel-integration/

Airbus Defence and Space (D&S) has teamed with DCNS to target the ship-based UAS market with the TANAN vertical take-off and landing (VTOL) UAS. The companies announced the cooperation agreement at Euronaval on 28 October.
The agreement will see Airbus D&S produce the entire certified UAS, including the vehicle with its payloads, the datalink and the UAS control station; while DCNS will carry out the integration of the UAS on the ship and into its combat system. This will include the definition of the required functions and the interfaces with the combat system, to the production of corresponding UAS modules that will enable operations to be controlled via the ship’s command, to the on-board installation and implementation procedures.

The TANAN UAS has a maximum take-off weight of 350kg and is designed for maritime operations, to provide surface vessels with detection and identification capabilities. By integrating the UAS onto combat ships, the latter’s detection range and ability to accurately identify threats can be increased, while simultaneously ensuring operational availability.

Jean-Marc Nasr, COO, Airbus D&S, said: ‘This agreement underscores the high level of expertise associated with our TANAN programme as well as our desire to provide the naval market with a perfectly matched system, in collaboration with our partner DCNS.’

Pierre Legros, president of surface naval systems, DCNS, added: ‘DCNS will be the only company to offer both its current and prospective customers an integrated solution for operating a UAS that can be armed from on board a combat ship. In partnership with Airbus, DCNS offers reliable, functional and perfectly integrated solutions for naval combat platforms and systems.’
Click to expand...

ORIGINAL CAPTION: The plan is to fly the drones to remote areas or places difficult to reach by car

Seems to be a similar intention, as the delivery service for medicines, that was started by the German Postal
Service from the mainlynd to the island of Juist and is now already running since several weeks:
http://www.ndr.de/nachrichten/niedersachsen/oldenburg_ostfriesland/Juist-testet-Post-per-Drohne,drohne330.html
M

Alenia displayed this version of the EUROMALE 2020 a couple of days ago. Pic courtesy of Alenia's twitter.

Also is there the "Adeline" proposal by Airbus Defence and Space
Adeline stand for Advanced Expendable Launcher with Innovative engine Economy
After burnout of stage the engine block detach from fuel tank return to earth, deploy propellors and fly back to launch site (using Drone technology)


By the way, do ye think it may be time to create a new separate 'Various UAV and UCAV designs from the United Kingdom' thread, given current events?
M

The EuroMALE is now an official PESCO project and the Czech Republic has signed on.

The objective is a common use of the system in dedicated areas (e.g.
operational testing & evaluation, logistics, training, exercises) of a newly
developed, operationally relevant, affordable and sovereign European military
capability for the next-generation of MALE RPAS, providing, by 2025,
enhanced overall value compared to existing systems.
Click to expand... 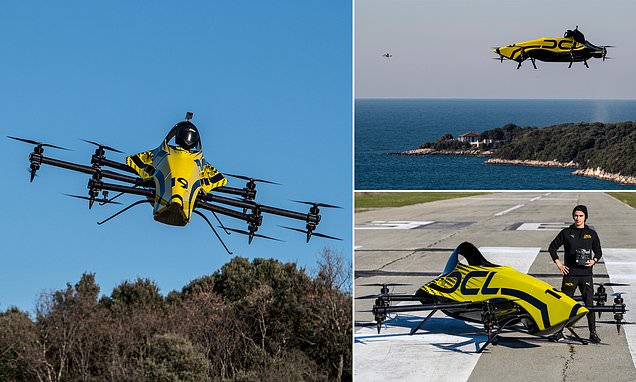 Incredible manned drone can perform rolls and loops at 87MPH

The 'Big Drone' had its maiden outdoor flight in Croatia with CEO of the Drone Champions League, Herbert Weirather, in the hot seat while a remote pilot made the craft loop and roll. 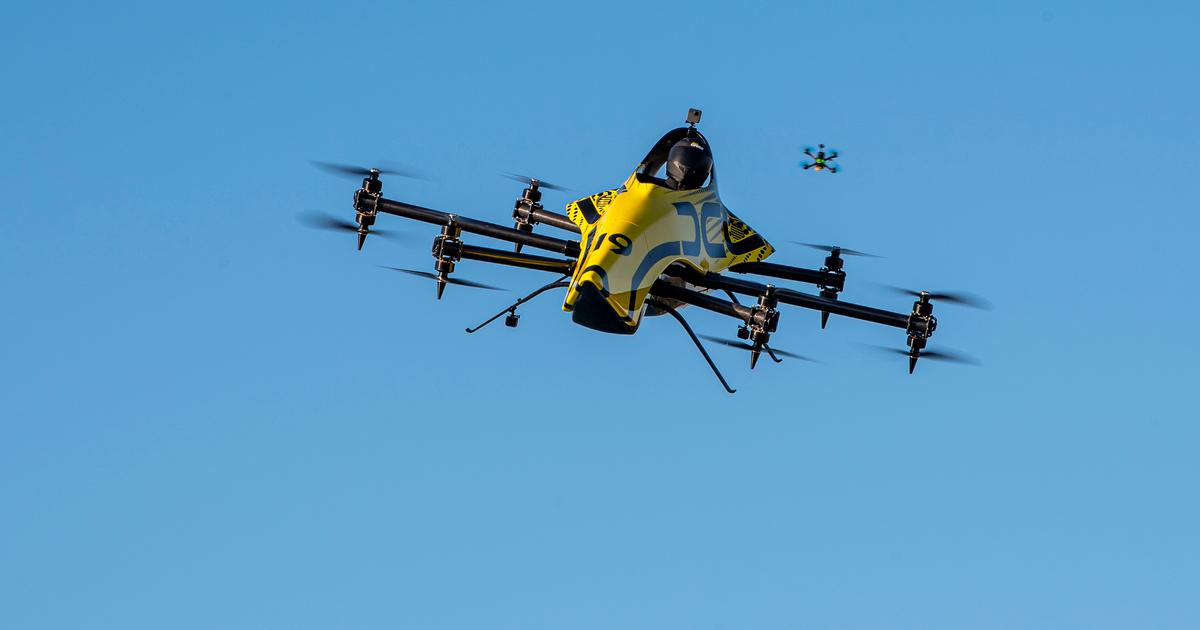 This racy-looking 12-rotor coaxial multicopter has been filmed in Croatia pulling extreme rolls and loops, and carrying a human on board. Not at the same time, mind you, but still, to see a drone of this size pulling stunts like this is astonishing. 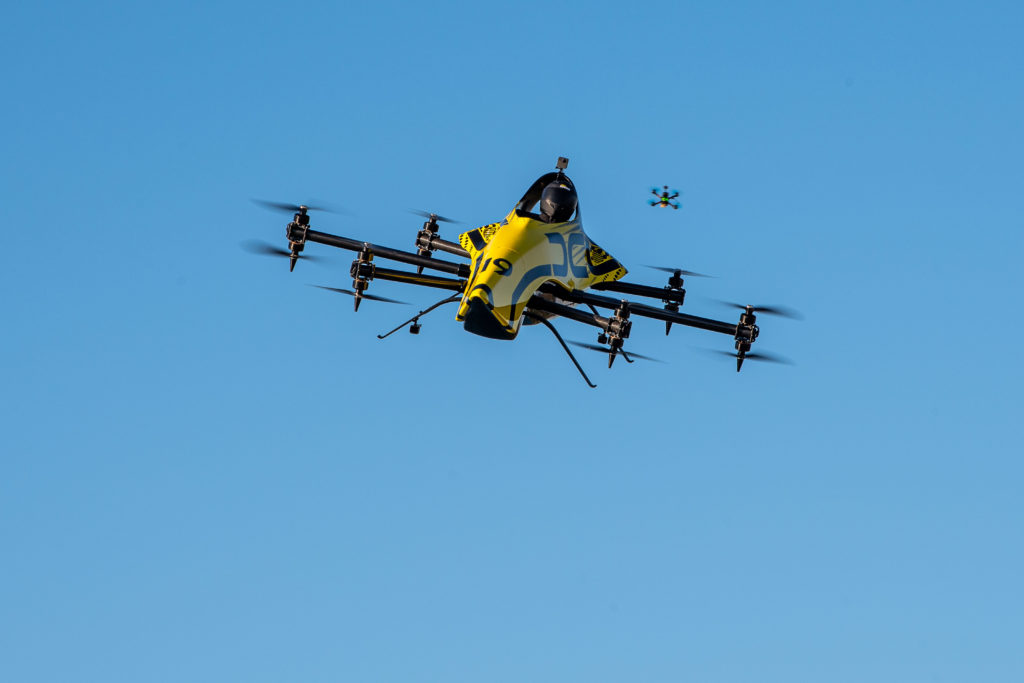 If you’ve ever fantasized about flying your own racing drone through the obstacles to glory – get ready to be totally addicted. The Drone Champions League (DCL), the world’s largest live

Janes | The latest defence and security news from Janes - the trusted source for defence intelligence
www.janes.com
Click to expand...

A joint research contract to build and demonstrate an unmanned aircraft system (UAS) and hangar system under a broader project to enable satellite communications-enabled command of remote chemical, biological, nuclear, radiological, and explosive (CBRNe) operations awaits approval by the European Space Agency (ESA) and the European Defence Agency (EDA) in the coming months, according to European Union (EU) officials.

Dang it I searched for this very thread and it didn't come up...

The search engine can still be a bit glitchy at times.


Published on May 18, 2020
Manna Aero should have been dropping off its first takeaway orders around a Dublin university campus by drone in March but then the coronavirus pandemic shut the country and its pilot programme down.

Within a week, the drone company was testing out an entirely different concept - delivering medication and critical supplies to isolated elderly people whom the Irish government, like many others, had told to stay home to avoid infection.

Manna worked with Ireland's health service operator to test the service in Moneygall, the small midlands town best known for its ancestral links to former US President Barack Obama, who visited in 2011.

After a number of weeks flying to and from residents' homes, the local pharmacy and convenience store - located at the Barack Obama Plaza motorway service station - Mana says it has proved the technology works.

"We're delivering critical food supplies and pharmacy products to the inhabitants of the town who are cocooning during the pandemic.

"We're delighted to serve the people of the town who are also very delighted to get everything they need in less than three minutes," Manna Aero chief executive and founder Bobby Healy told Reuters.

Manna, which counts Peter Thiel's Founders Fund, an early Facebook backer, among its investors, will continue the deliveries on a non-commercial basis and could cover 600 similarly sized towns around the country by the end of the year if the government wishes, Mr Healy said.

With one drone capable of making 100 4kg deliveries a day, that could involve not only the 450 licensed drone pilots in Ireland but also the large number of pilots Ryanair and IAG-owned Aer Lingus have said they plan to let go as a result of the coronavirus disruption.

In Moneygall, locals are running a dedicated phone line rather than a mobile phone application so more vulnerable residents like Fidelma Gleeson, 70, can order bread and milk, and have her prescription medicines brought to the door.

???
How many manipulations of battery packs are needed for a single room?

It look like they have reached a point where innovation is done at the expense of thinking. Congrats.
Last edited: Jun 8, 2020

Couple more UAV projects were green lit by the EU...I'll put the short summary with a PDF link for them....LOTUS seems very interesting to me.

The DRONEDGE E project proposes to transfer an existing 3D swarm simulator to the real world implemented on actual fixed wing
drones. DRONEDGE E will study the feasibility of a novel architecture, which can be applied to unmanned air systems as well as
hybrid systems.
Click to expand...

The EUDAAS project will develop and validate a 100% European Detect And Avoid (DAA) solution for safe insertion of large military
Remotely-Piloted Air Systems (RPAS) in the European air traffic so that RPAS can operate along with other manned and unmanned
aircrafts. EUDAAS will also increase the maturity of non-cooperative sensors, to enable the use of RPAS in a much wider and flexibl
way than currently possible.
The project addresses the current user needs by focusing on specific use cases such as the European MALE RPAS.
Click to expand...

The LOTUS project will address feasibility, detailed design, prototyping and testing of a low-observable, airworthy and interoperable
tactical RPAS system, targeted at ISR missions. The development will include: a mothership TRPAS equipped with ISR sensors,
designed for low observability and high endurance, incorporating a self-protection system against enemy threats; a system of
tube-launched, foldable-wing drones, deployable from the mothership, while this later remains at a safe distance; on-board sensor
data processing capabilities for target detection, recognition, identification and classification; and a ground station.
Click to expand... 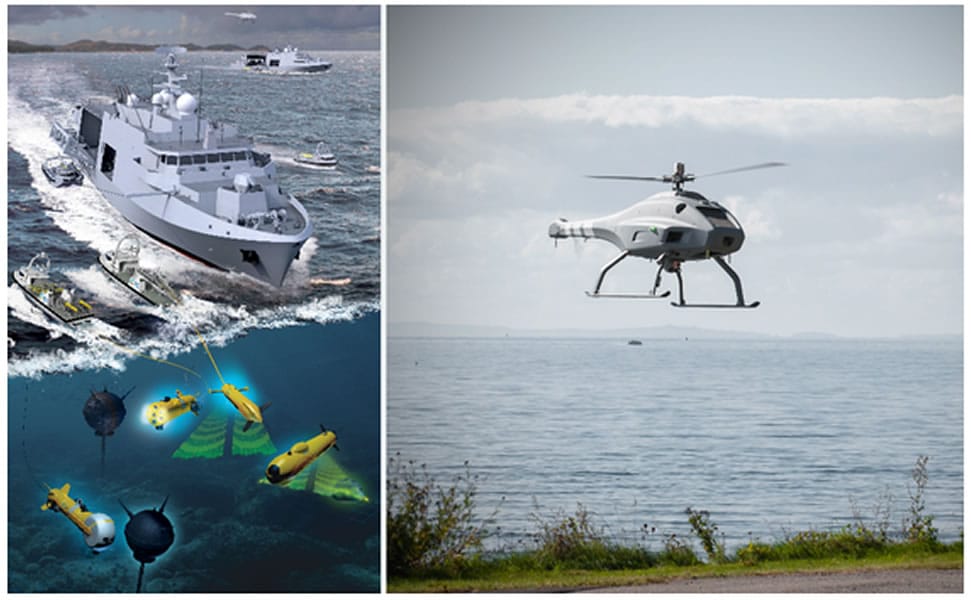 ECA Group awarded UMS SKELDAR a procurement contract to supply the UAV SKELDAR V-200 as part of the naval mine countermeasures capability replacement, a programme led by Belgium Naval & Robotics – a consortium including Naval Group and ECA Group – which will supply twelve mine hunters equipped... 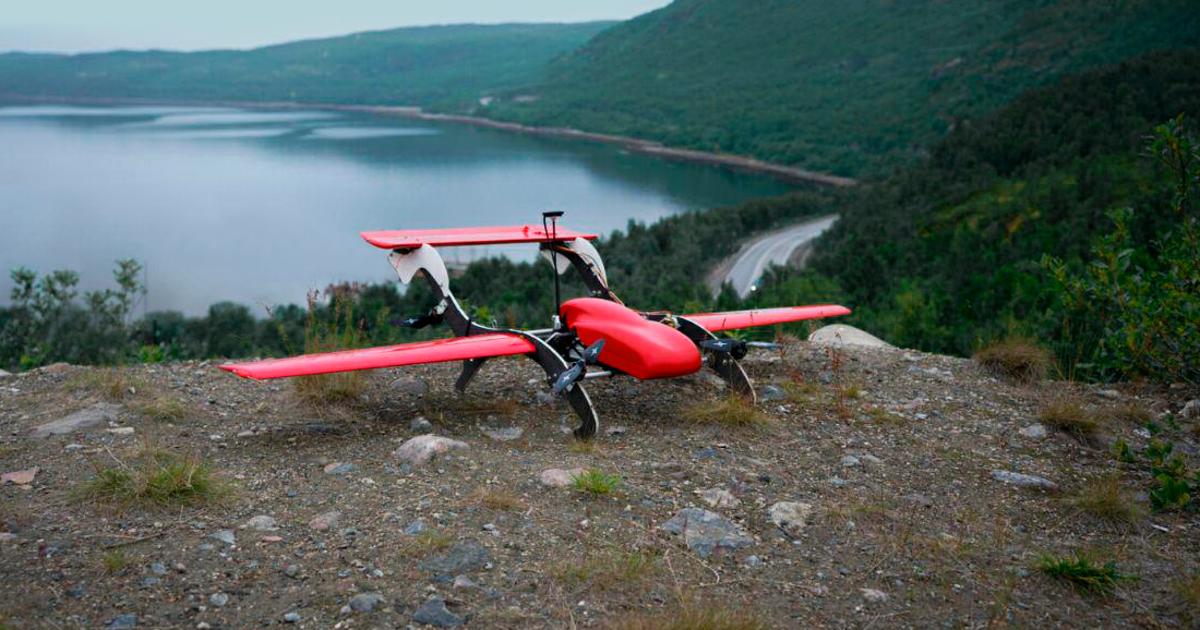 Vertical take-off and landing drones, or VTOLs, have some big advantages over other types. There's also a trade-off, though, which the Latvian-made Fixar is designed to address.