I have a copy of the monumental Angelucci & Bowers "The American Fighter". But even this work is not as comprehensive as I would like..to tell the truth I never have enough to satisfy my love for aerospace projects research :

To add an example, I have received this drawing courtesy from my good friend Lark. It is a Lockheed variation from its XP-58 Chain Lightning project. It seems that also a canard version was considered. I find this aircraft fascinating, just look at its size for a fighter...it is impressive. The drawing comes from The Lockheeds that never were, part one from Bill Slayton.


Lark and me are involved in a research about unbuilt US Fighters (until the publication of a book in the subject either from Tony Buttler or Scott Lowther). I have a lot of interest in R-40C fighter design competition in 1940 which was an incredible ambitious program that led (aparently) nowhere. About 50 revolutionary designs were submitted but, as Lark show me there is a lost link which is crucial to understand US Fighter evolution in the late 30's. This is the Douglas DS-312A which led the way with its nose free configuration. It was so influencial that most of the R-40C Pursuit Interceptors (including the winner designs XP-54, 55 and 56) were nose free.

Can anybody give any info or drawings of this aircraft?

Let me try to to think where i put some illustrationsi that i found it in a link which doesn't exist anymore, it shows with simple illustrations patents of many US aircrafts, between 1930 and 1951, including some non built fighters of the 30's and civil aircrafts.

I hope you could find these files. It sounds fantastic!

In the meantime, our good friend Lark send me an article from Journal American Aviation Historical Society published in winter 1995. The title is Request for data R40-C and the author is Gerald H. Balzer. Mr Balzer composed a modelic article on Aviation evolution history. It is a masterpiece. Knowledge of the subject is so deep that informations from Angelucci/Bowers in The American Fighter and internet evidence a lack of rigor.

I have learn a lot from this critical period in US Fighter design history. For instance, the Douglas DS-312 never led the way in armament choices in the R40-C RFP. The text from Paul Ludwig's "Mustang-the development of the long range fighter" is not correct about this fact (although it is a good book).
In The American Fighter, the XP-48 is also identified as Model 312 but the information given is not true. The XP-48 was not an "emergency fighter" to be easily mass produced and the comparison with the XP-77 in false. The XP-48 competed against the XP-46 and XP-47A in 1939. Specification XC-622 (1939) called for a light but powerful interceptor comparable to European trends in fighter design.

From the article I attach the list of contenders and the Republic submmission (AP-12 Rocket).
From Angelucci/Bowers the Douglas Model 312 (XP-48).

From the listing, that AP-12 section view is more info than I've seen elsewhere on the XP-69. It's rather a pity that the Wright Tornado engine never sw flight-worthy hardware status.

do you have any idea about McDonnell Model-2 twin engined
fighter which led to develope Model-23 (P-67) fighter ?.

I posted the Brewster's entry here:

Akaikaze said:
Nice pic. But, is there anymore information about the history? (Specification, engine, project timeline, ect.?)
Click to expand...

The L-134 was to be an XP-58 redesign done coincidentally with the construction
of the XP-53.
No reports were done on this design.One original drawing of a L-134-3 variant exist showing an aircraft
quite different from the XP-58.
A canard version was also considered.
No further info.

Source : Bill Slayton : The lockheeds that never were. AAHS-Spring 1999.

from that site; http://airwar.valka.cz/muzeum/usa/xp49/default.htm
I don't know that language but I found that for 39-775 competition
the contenders were Republic AP-10 (misprint AP-40),Douglas D-312,
Lockheed 222 and Grumman G-41,and we this competition was issued
for twin-engine high-performance escort fighter,
I know the Lockheed 222 later became 522 and Grumman G-41 later
became G-46,but AP-10 and D-312 make me confuse,were they a
twin engined variants or what ?,any help please.
L

From: The American Fighter (Angelucci/Bowers) Page 270

On March 11,1939 the Materiel Division of the USAAC issued "Circular Proposal" No.39-775 which invited design submissions for a twin engined high performance escort fighter
Click to expand...

XP-49 and XP-50 were the shortlisted designs. I have no info about other contenders...but I'd love to get it.

Douglas DS-312 XP-48 was a High Altitude Light Proposal design from 1939 (Obviously not related to 39-778). I'm waiting to receive 'Hap Arnold's Ghost Fighters' article to fully understand that design and DS-312A but it seems that both are linked to Army Circular Proposal 39-770 and pre-R40-C research.


It seems that http://airwar.valka.cz/muzeum/usa/xp49/default.htm is not the right web if you want to learn about aircraft ;D

According to The American Fighter (Angelucci/Bowers) it seems that XP-47B was also designated AP-10 ???. Lark, could you add more info?

but Devi said before :there was four contenders to this
competition, http://www.secretprojects.co.uk/forum/index.php/topic,547.0.html
and I think the site speak about the 39-775 and not 39-770.
L

Maybe you can try to find out what sources Devi used.
L

For the AP-10 : See : Designation Systems on this forum
'Seversky/Republic AP series'

I think Devi is not here that period and for the twin engined
fighter competition 39-775,some other companies entered
it,like Bellanca 33-220 which Devi found it.
L

* Circular proposal CP-390-770 had been offered to Gen.Arnold
to get a better fighter (than the P-39) and it brought forth
designs for the Curtiss XP-46 ,Republic XP-47 and the : Douglas DS-312A pusher
The XP-46 and XP-47 were to be armed with machine guns but the DS-312A
uncorked a serious attempt to employ heavy armement on fighters.

* Grumman G-41 roposed Army version of the XF5F-1 with
conventional undercarriage. The G-45 with nosewheel u.c. became the XP-50

Simply I do not have often opportunity to participate at a forum from for other work.

Thanks a lot nugo

Grumman G-45 is a development of the G-34.
It was one of the proposed Army versions of the XF5F-1.

There seems to be some confusion over engine types/designations here.

The Tornado-powered designs are new to me and very interesting (cheers Nugo!). However, this should read Wright XR-2160 Tornado. The XR-1820 was, of course, the much earlier prototype 9-cylinder, air-cooled Wright Cyclone. The 42-cylinder, liquid-cooled radial Tornado was a whole 'nother beast.

BTW, there was also the Grumman G-51/XP-65 which was essentially the USAAF's unbuilt equivalent of the USN's XF7F-1 (and would also have been Double Cyclone-powered).
F

Apophenia said:
There seems to be some confusion over engine types/designations here.

The Tornado-powered designs are new to me and very interesting (cheers Nugo!). However, this should read Wright XR-2160 Tornado. The XR-1820 was, of course, the much earlier prototype 9-cylinder, air-cooled Wright Cyclone. The 42-cylinder, liquid-cooled radial Tornado was a whole 'nother beast.

BTW, there was also the Grumman G-51/XP-65 which was essentially the USAAF's unbuilt equivalent of the USN's XF7F-1 (and would also have been Double Cyclone-powered).
Click to expand...

The Tigercat was, of course, powered by two P&W R-2800-22W Double Wasps not Double Cyclones.

Is there any information available about the Bellanca 17-110 available apart from what's in the titles of the archival documents?

Sherman Tank said:
Is there any information available about the Bellanca 17-110 available apart from what's in the titles of the archival documents?
Click to expand...

Something to keep in mind next time I'm in DC, I suppose.

does anyone hear about Hittle single seat pursuit airplane,intended to US Army during WW one,
powered by one Liberty engine,cancelled after the war ?.

Via my dear Tophe,

I thought that since the discussion covered the Boeing 376, 394, and sticking strictly to the piston-engine aircraft, I would share artwork and/or 3-views of those aircraft as well as a couple other Boeing designs. I can't seem to find my 3-view of the Boeing 376, but I'll keep looking

The Boeing projects are covered in Tony Buttler and my book "American Secret Projects: Fighters, Bombers and Attack Aircraft 1937-1945" I won't go into any of the history on the designs here. 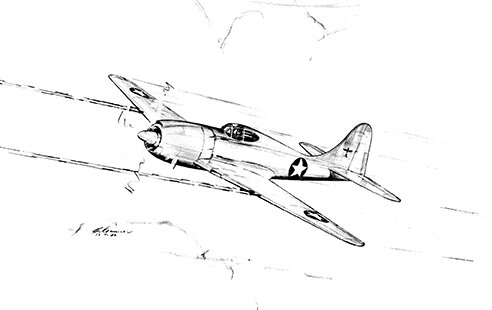 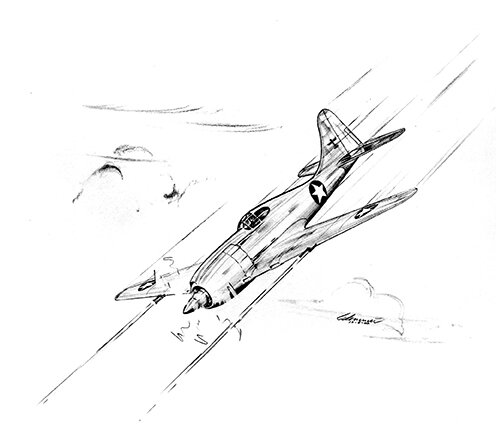 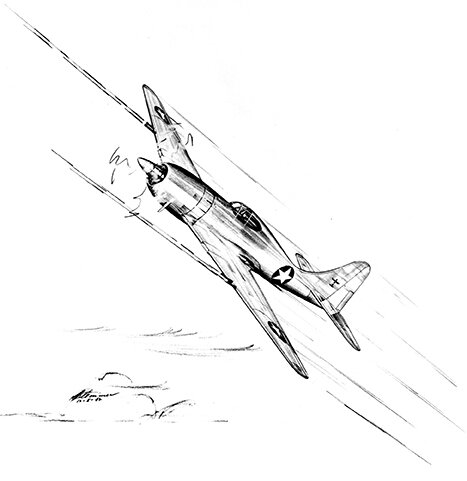 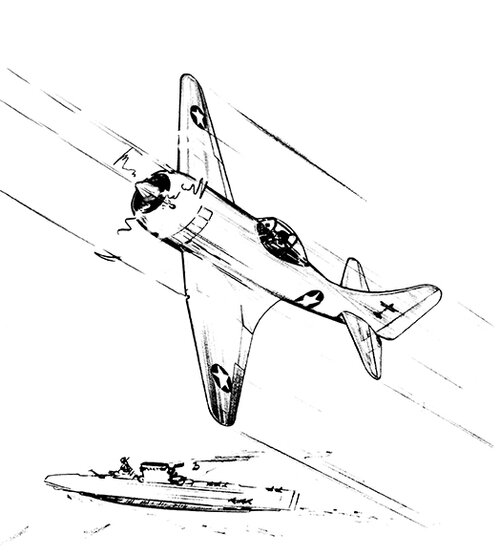 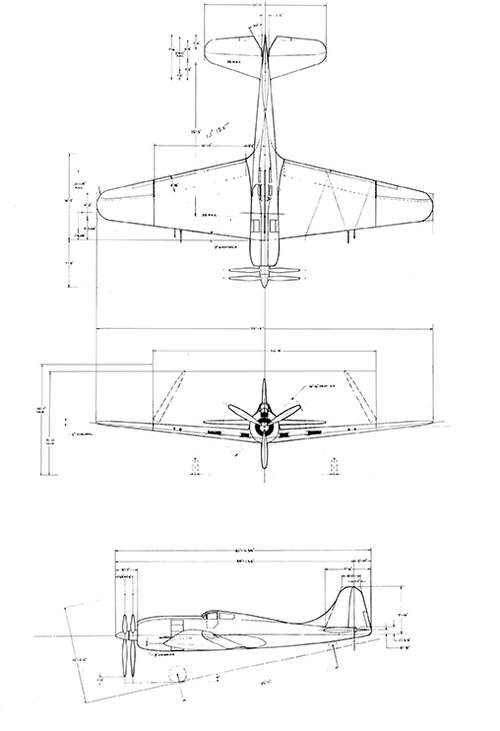 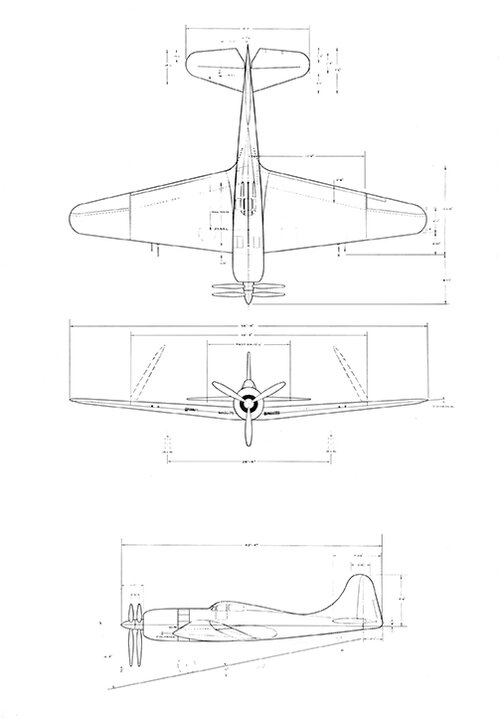 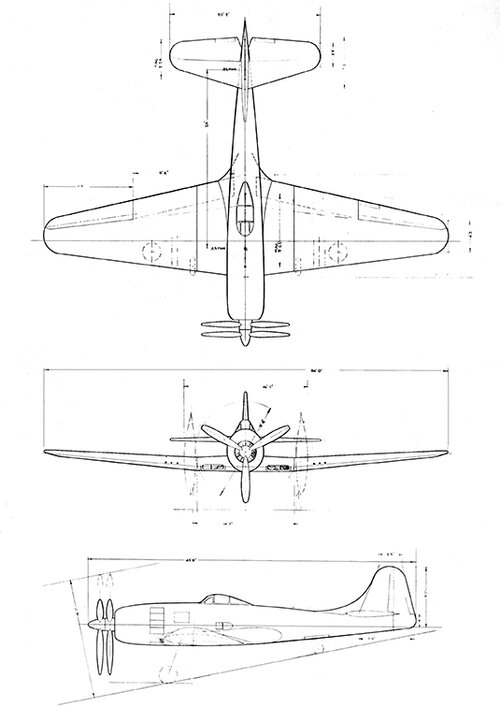 "American Secret Projects etc." is, I believe, still available from Crecy and possibly on Amazon if you wish to read more about these and many, many more designs that never got past the initial concept phase along with 3-views and/or artwork.