Whilst reading through the latest coverage from "The Drive", I found an interesting article that might be of interest to the members of this forum. The article discusses the plethora of unbuilt variants of North American's XB-70. There were numerous variants planned, some of which were: cruise-missile carriers, motherships for space programs, passenger and cargo variants, engine testbeds and even an aerial refuelling tanker. There were even proposals for pods to be used iv ever the B-70 fleet would need to be sent to dispersal fields. Finally, the article talks about the influence that the XB-70 had over other programs, and gives examples of the experience gained from the program.

I highly recommend giving it a read: 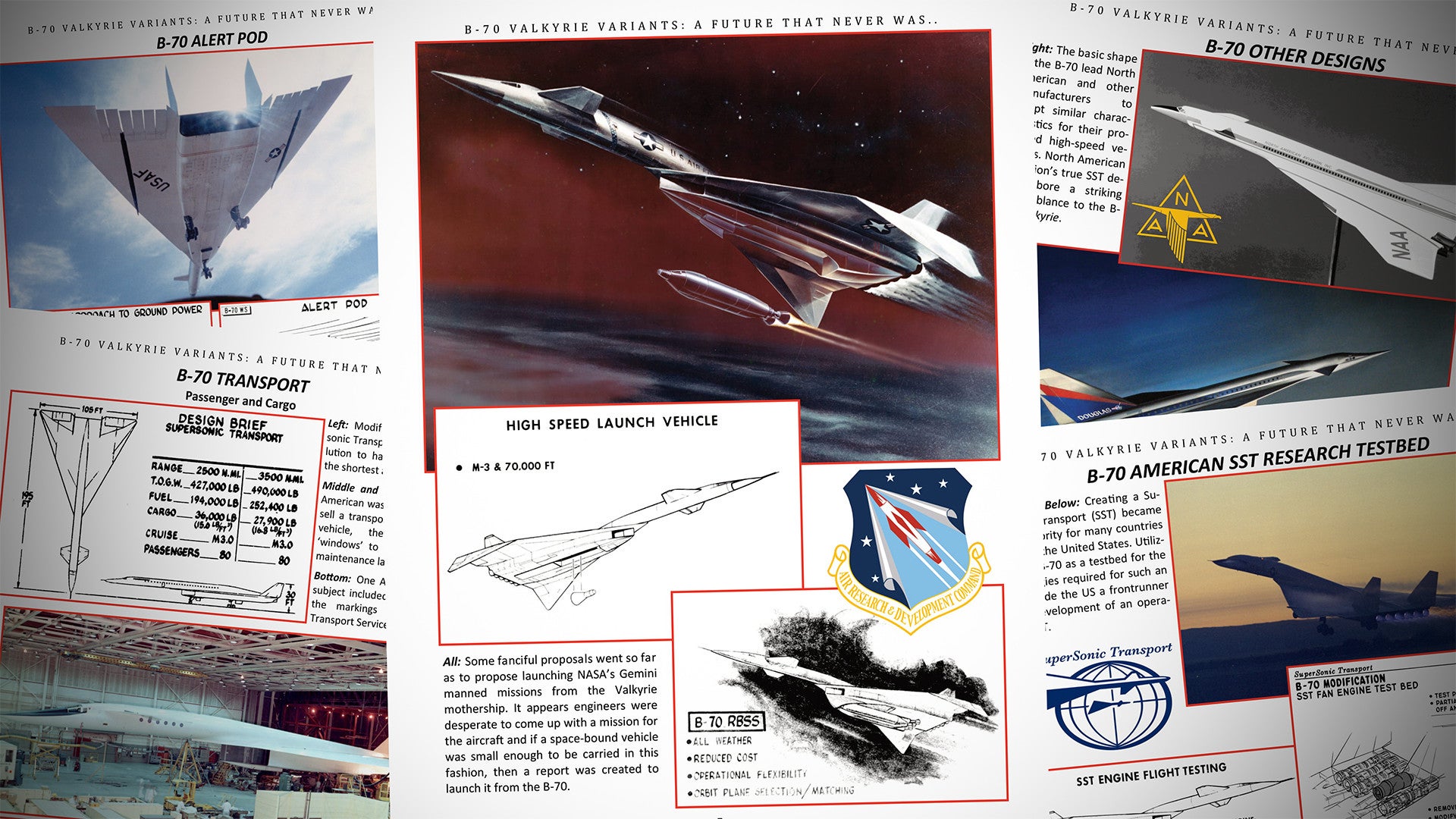 The different adaptations of the B-70 included recon planes, tankers, transports, and even motherships to launch hypersonic vehicles and spacecraft.