NGT submissions (as in 1981) include General Dynamics M-210, Gulf Stream, Rockwell Nova. I include a Fairchild design concept looking like a mini A-10.

Fairchild is working on a trainer configuration based on its A-10. Also under consideration are wing-root and underwing engine installations.

General Dynamics is proposing a T-tail design but engine type has still to be selected. Like all NGT designs it is in the 5,000lb weight-class.

Vought has teamed with VFW to offer a unique derivative of the RFB Fantrainer powered by two Allison 2S0-C30 turbines driving a ducted fan.

Most of these NGT designs looked than the Fairchild-Republic YT-46A, which was also called "Eaglet", interestingly (I believe this was not an official name but perhaps a company name). The Fantrainer just looks smashing in USAF guise!

Pictures from advertisements and various clippings that appeared in AvWeek.

Great set of pictures, but the last image represents the Rutan/Ames Model 73 demonstrator, not the T-46.
Click to expand...

Correct, Stephane...nothing escapes the attentive eyes of forum members, which is good of course.
I'm going to try to scan the equivalent of a dozen pictures a day (which at the rate I am finding things could keep me busy for several months) and post them in the relevant sections, although I'm afraid it's going to take a lot of collaboration from the moderators to find them the proper threads.

The NGT entry from Ensign (who were these guys?)

Great stuff as usual, AeroFranz! I wasn't aware that the Peregrine design had been modified to such an extent (at least on paper). As for Ensign, I'm as puzzled as you are! ???

Some Info about Ensign Aircraft company and Next Generation Trainer (NGT) selection.

SELECTION of the US Air Force Next Generation Trainer (NGT) is expected in the spring, reports Bill Sweetman from California. Five companies have submitted final technical proposals for a primary jet trainer to replace the Cessna T-37. Cost proposals were due in by December 14. The USAF requires 600 NGTs from the late 1980s. Of the five companies sponsored through contract definition, Vought and General Dynamics have declined to respond to the final request for proposals. This eliminates the Vought/VFW Eaglet, a Fantrainer derivative and the only "offshore" element in the competition. Surviving contract definition are Cessna, Fairchild, and Rockwell. Cessna, having started out with a proposal to re-engine and update existing T-37s, is now offering what amounts to a new aircraft. Retaining the basic
T-37 mid-wing layout, Cessna's NGT sub-scale has new engines, redesigned cabin with pressurisation and ejection
seats, a larger wing, and a T-tail. Fairchild's approach to the competition includes a piloted prototype used to substantiate technical data. The total cost of $500,000 is comparable with the expenditure required to gather the same data through windtunnel testing, says Fairchild. The prototype is a 1,5001b, 0-62-scale model, built in foam-cored
glassfibre by Burt Rutan's organisation at Mohave, California. The exact scale was determined by the output of the most readily available FAAcertificated engines, two Microturbo TRS-18s of 2201b thrust each. In 18 flights, totalling 20-8hr, the prototype explored deep stall, aggravated stall, and post-stall flight regimes; confirmed windtunnel predictions of stability and damping in all axes; and demonstrated that the twin tail layout is spin-resistant. No spins were performed, but the aircraft was observed at sideslip angles of 30° using asymmetric thrust. Rockwell's Near-term Optimum Value (Nova) trainer was unveiled in mock-up form some time ago. Proposed when the company's North American Division was short of work following the cancellation of the B-1A, Nova's prospects may be harmed by President Reagan's decision to build 100 B-1B's.Gulfstream American, not one of the original five contenders, is proposing the Peregrine. The sole prototype has passed the 50hr mark in flight-tests at Bethany and Savannah "with no major problems". A few changes have been made, including adding anhedral to the wing. Gulfstream American will offer the Peregrine for export irrespective of the outcome of NGT. Smallest of the five airframe bidders is Ensign Aircraft, based near Long Beach, California. Previously engaged in subcontract design, manufacture, and engineering, including assistance with some certification programmes, Ensign began privateventure work on NGT designs in February 1980. Ensign's EA-12 NGT design is entirely conventional, but makes the greatest use possible of advanced automated manufacturing processes in its production. This, Ensign believes, would cut production overheads and make it more economical for the USAF to slow or suspend production without increasing unit costs or incurring high restart expenses. Ensign considers that this approach favours the new contractor, especially the aircraft itself presents a few technical challenges.
Click to expand...

Apparently Promavia asked Stelio Frati to design the Jet Squalus - basically a jet-powered SF.260 - to meet the NGT requirement. No idea if it was ever offered.
Click to expand...

Stephane, good job splitting the topic while maintaining both the links and relevant keywords in the titles.

Neat! Thanks for posting. I especially loved that NGT proposal.

and that makes us to ask,there was a series to this company,from EA-1 to EA-11 ?.

More on the Ensign NGT proposal.

Cool. I believe I talked to Ensign at the time and the notes may survive somewhere. They lodged a protest which the GAO cheerfully threw out on its ear:

PROTEST FILED AFTER AWARD AND DEBRIEFING CONTENDING THAT THE PROTESTER'S PROPOSAL WAS IMPROPERLY FOUND TO BE OUTSIDE OF THE COMPETITIVE RANGE. THAT AN...

There's a reference in here to the Ensign Aircraft Company in 1964...


Inventory of the Craig Hosmer papers 0221

The name Ernest Adler then links to a post-war private airplane, the All-American Ensign: 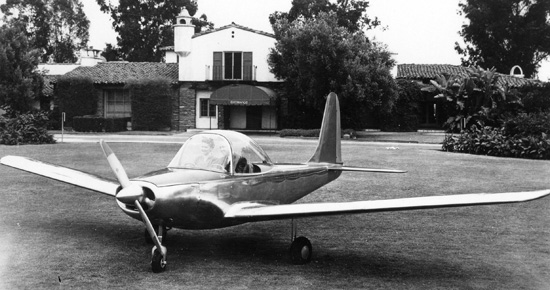 Many great thanks to you my dear Lowobservable,

and that means,this civil design was EA-10 ?.

RAP, many thanks for sharing!

According to this March 1981 GAO report, the USAF were directed by Congress in December of 1980 to also consider the T-34C as 'an alternative solution to the NGT requirement'.

Spent an enjoyable day with Gerald Balzer yesterday and came across a few things I had not found before. The man has an amazing collection!

Here is a photo of the Rockwell Nova NGT mockup, courtesy of the Gerald Balzer Collection.

Thought I would give you a few models currently residing on my shelves to pique your interest....... enjoy

Mark Nankivil said:
Spent an enjoyable day with Gerald Balzer yesterday and came across a few things I had not found before. The man has an amazing collection!

Here is a photo of the Rockwell Nova NGT mockup, courtesy of the Gerald Balzer Collection. 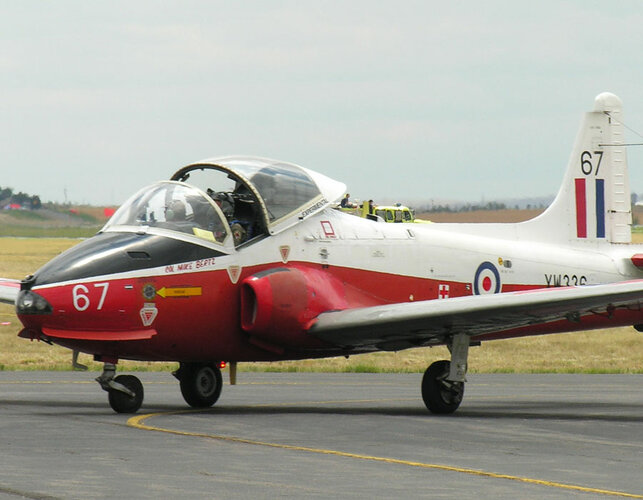 One of the interesting points is how the USAF then was convinced side-by-side seating was preferable for NGT while at the same time the RAF had reverted back to tandem seating for its AST.412 (Tucano).
The merits of both layouts have been heavily debated and researched but side-by-side trainers now seem to be largely extinct for military basic and advanced training. Only elementary training using standard civil trainers retains side-by-side.
N

Aah, read it wrong, see where you were going with that.

Hood said:
One of the interesting points is how the USAF then was convinced side-by-side seating was preferable for NGT while at the same time the RAF had reverted back to tandem seating for its AST.412 (Tucano).
The merits of both layouts have been heavily debated and researched but side-by-side trainers now seem to be largely extinct for military basic and advanced training. Only elementary training using standard civil trainers retains side-by-side.
Click to expand...

My question is, was that a result of changes in training procedures, or to meet cost goals by reducing frontal area => drag => operating costs?

Sundog said:
My question is, was that a result of changes in training procedures, or to meet cost goals by reducing frontal area => drag => operating costs?
Click to expand...

A mix of both, mainly training procedures.
The Central Flying School's opinion in 1975 (when asked by the Irish Air Corps of all air forces!) for elementry/basic training was:

For advanced trainers tandem worked best for performance but also students had to get used to sitting in a single-seat cockpit anyway and weapon-aiming instruction was much easier.
R

Sounds to me like switches were (are?) just a big risk in trainers, regardless of where the instructor is sitting!