Mike Patey converted a Lancair Legacy into a turboprop one, named Turbulence.

An interview with Mike Patey describing the changes he made to his Wilga to create his Draco.

A series of 20 videos of Mike Patey going through the design and very hands on build process of creating Draco. This series could be called "Airplane Improvement" and he does a great job of explaning and showing step by step how he did far more than just go from piston to turbine power. He also has one heck of a man cave.

A few additions in the Light Aircraft section ... Unbuilt and Built conversions including those Wilgas and Lancairs, but also DHC Beavers and Otter and Legends.

This is only a “Fantasy” project, but it is interesting to consider.

The “PBY-7AT” amphibian aircraft concept is based on the proven design of the classic rugged PBY Catalina flying-boat. A PBY airframe would be entirely stripped, redesigned and rebuilt for exploration, bush-flying and circumnavigation. The end result would be a complete rebirth of the aircraft, bringing this classic flying-boat up to 21st century standards.

This conversion project is based on 1) the fact that “SuperCat” and “Bird Innovator” variants of the PBY aircraft have historically proved to be successful and viable conversions of the type to high-power engines and 2) the fact that the Basler BT-67 conversion to this type of turboprop was successfully achieved in the past (The DC-3/C-47 and the PBY-5A being originally equipped with the same Twin Wasp family of engines). 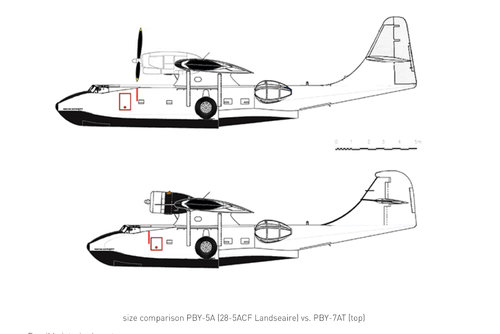 Among others, the following modifications are planned:

the DC-3 as attack aircraft,by Conroy.

Draco is going to need some TLC.

IMVHO, no we should not put a turbine in a Fokker triplane. With their light weight they might be able to take an electric motor so will that be next? Just my ten pence worth.
Last edited: Nov 7, 2019

the DC-3 as attack aircraft,by Conroy.
Click to expand...

Interesting. A proposed military application for the Conroy Tri-Turbo-Three conversion.

Jemiba said:
... and another one found today in air & cosmos '68 :
A turbine powered version of the Cessna O-2:
Click to expand...

Another gem found in the Aric Aldrich Collection. A photo of the mock-up of the Cessna O-2TT 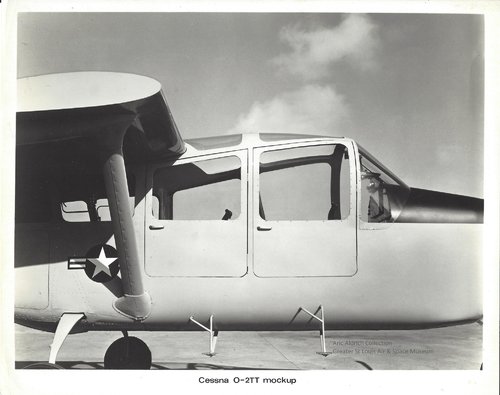 December 10, 2019, Harbour Air test flew an electric powered DHC-2 Beaver on floats. magniX provided the electric motor and other electrical components. They only plan to test fly a single Beaver prototype, but their long-term goal is an electric conversion kit for Cessna 208 Caravan. Harbour Air operates the largest fleet of floatplanes (Cessna 208 Caravan, DHC-2 Beaver, DHC-3 Single Otter and DHC-6 Twin Otter) in North America. Most of their routes carry passengers from Vancouver harbour to Victoria harbour or Nanaimo harbour or Seattle harbour, etc. Most legs are less than one hour. 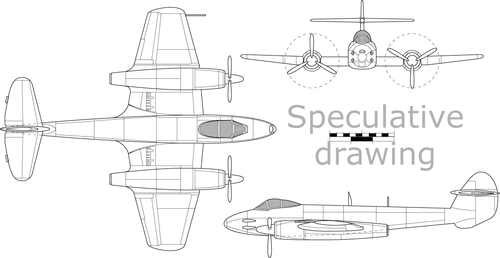 I presume this advertiser's what-if would date from around the time of the F.Mk.8? Possibly an F.Mk.4 airframe I guess, but the larger F.8 tail would have been handy with the turboprops.
Interestingly there is an article on the Trent-Meteor in Air Britain's magazine this month, they show the advert Joe posted but trimmed to only show the aircraft!
F 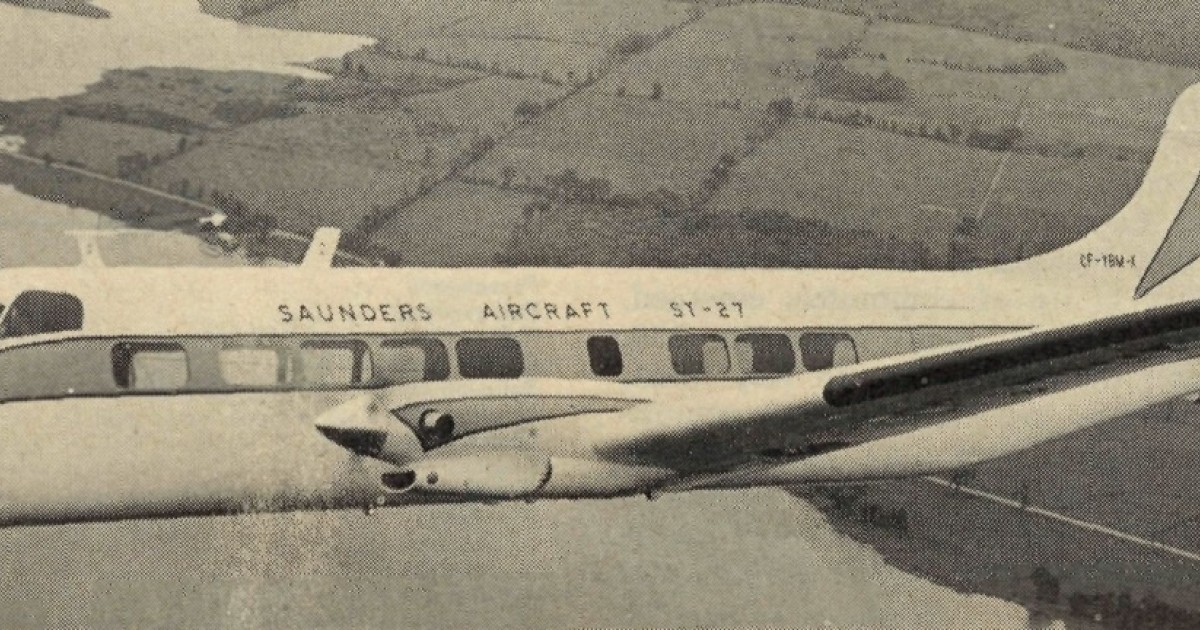 A venture worthy of success, the Saunders ST-27 and ST-28 commuter airliners | The Channel

Yours truly would like to offer you a small topic this week.

I flew in a Saunders ST-27 from Montreal to Ottawa during the early 1980s. The ride was similar to a Beechcraft King Air. Remember that Beechcraft introduced the stretched 99 to compete in the exact same market (19 seater commuter). Beechcraft still sells dozens of Model 1900 commuter planes every year.
I also saw the remnants of Saunders Corp. when I jumped at Gimli in 1992. Misc. incomplete fuselages and spare parts littered an RCAF-surplus hangar.
Share:
Facebook Twitter Reddit Pinterest Tumblr WhatsApp Email Share Link