TSR.2 back on the production line...

This is what it looked like a month later:

In March 2007 all major components were in place:

Then followed a long period of silence... 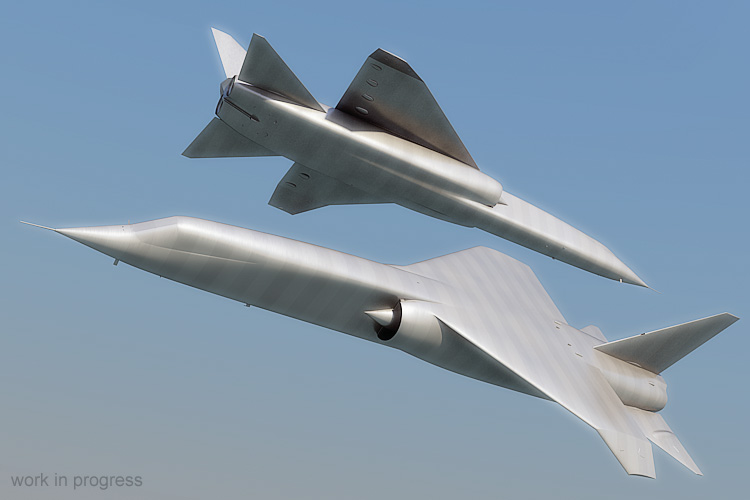 I'm currently actively working on this bird, so I should have it done later this year. Will keep you updated on its progress...

Despite the overwhelming reponse... ...an update: 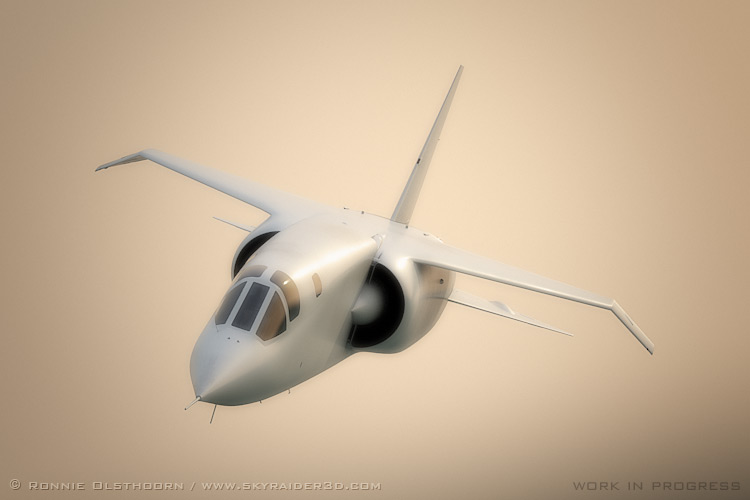 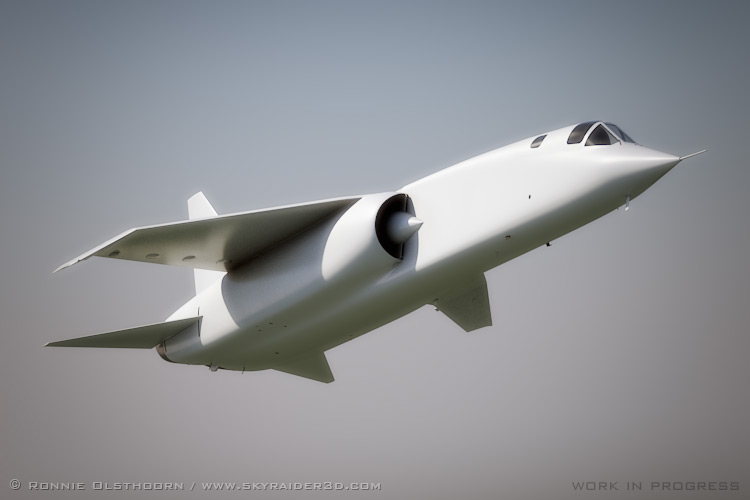 Stunning. A beautiful rendition of one of my favorite prototype aircraft designs.

Thanks very much guys! Glad you like where this is going. Be sure there will be some what-if stuff besides the well-known white colourschemes.

Skyraider3D said:
Then followed a long period of silence...


Yeah Skyraider there was a long period of silence here too. "How does he do that?"...... 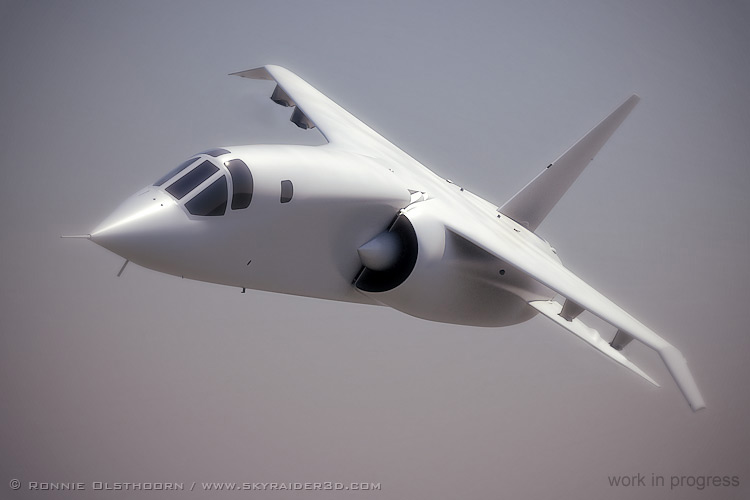 Talk about six degrees of separation. We recently had a new engineer hired at work and it turns out his father was an engineer on the TSR2 working on the airframe. He still hates Harold Wilson with a passion and is convinced that HW was a Soviet agent
S

Oh! Gosh! I'm overwhelmed by the realism of the rendering, especially the lighting... The closest I've seen to real photography I think! This is just splendid, and I can't wait to see the markings you're going to use...
A

Kevin Renner said:
He still hates Harold Wilson with a passion and is convinced that HW was a Soviet agent
Click to expand...

I thought that had already been confirmed.

Considering that something like 95-97% of the money had already been spent and the prototypes were already flying I cannot understand how they could justify cancelling the project at the time.

The craziest part of all was that it was something like 10 years in advance of any other military aircraft and with a sensible development program it would probably have still been flying today.

forget the political conspiracy theories posulated by various books on the aircraft published over the years (there is an angle to this but not as simply put as previously written!) , the simple fact is the aircraft was waaay over budget at a time when the country could ill afford it, was a victim of changing roles, ie. no need for such long range capabilities, overweight, and over engineered!

there is a memo dated 2 weeks before the cancellation decision asking BAC. how much it would cost just for a batch of 30 airframes, especially as most of the items had already been paid for! (this was seen as a bare minimum for the RAF.)
the company could not provide a figure at that time which was another nail in the types coffin (surely they must have realised this was a last ditch attempt to get the aircraft onto some kind of production footing?)

if any of the group has a chance its worthwhile to take a trip down to the National Archives at Kew to have a looksee at some of the TSR.2 related material there, definately an eye opener, eg, frangiable al/li alloys used, inaccessable systems, an undercarriage that WOULD need a major redesign or rough field use (altho this requirement was quietly dropped by then as was the extending nose leg for STOL. etc.

btw. again the same old regurgitated crap that HW. was a Soviet agent! (evidence???) this has never been borne out by researches and is now deemed as a mistake by the security services who re evaluated the files, a case of political will i guess at the time?

I'm totally surprised that they had Al-Li already back then!

Thanks for the comments. I'm currently in the stages of finalising a book cover with this one. Hopefully it will be made public in the next few months already when the book is announced. Stay tuned...

Skyraider...your work is unreal man. Wow! It doesn't get old.

Thanks Damon! Same goes for your work, by the way! I love following your WIPs.

I can meanwhile tell that the book cover image is finished. I expect it to be 'public' fairly soon...

Skyraider3D said:
I expect it to be 'public' fairly soon...
Click to expand... 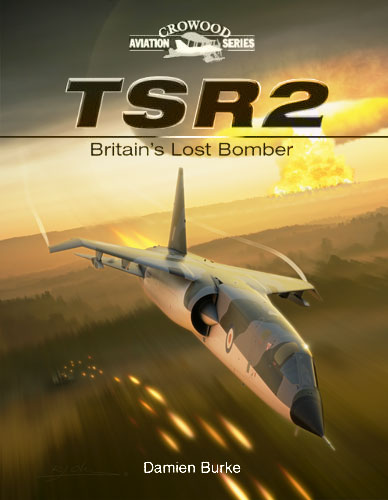 DamienB said:
Here's the cover ([...]). another masterpiece from Ronnie Olsthoorn:
Click to expand...

He's not wrong! Fab artwork, I'm sure it will boost sales (has me hooked for a start )

TsrJoe said:
the alloy used on TSR.2 was coded 'X2020'. interestingly the same alloy was also used in construction of the Concorde
Click to expand...

Don't think so Joe... BAC wouldn't have made the same mistake twice!
F

DamienB said:
Here's the cover ([...]). another masterpiece from Ronnie Olsthoorn:
Click to expand...

He's not wrong! Fab artwork, I'm sure it will boost sales (has me hooked for a start )
Click to expand...

Seconded... Man that is so pretty.

Prints are finally available!
Please have a look here or go straight to http://www.digitalaviationart.com or http://www.zazzle.com/skyraider3d*.