I know there has been much about the British Aircraft Corporation (BAC) TSR.2 :

For many years I have known of the British Aircraft Corporation (BAC) amazing and futuristic looking TSR.2 strike aircraft and the controversy that went with its cancellation.
I agree and recognise that the RAF and the British Aviation Industry would suffer for it!!! :'(
But for some unknown reason with my very keen interest in aircraft (especially prototypes, GOR, RfP, WS…………..projects) I have never looked deep into this very advanced aircraft.
So over the past years or so, I have made a conservative effort too do so.

I have read some ‘What If’ and what could have been stuff on other web sites.
But I am only after facts!

With this research, I have become interested in the following -


P.S.
I will be following this request up with a more in depth request too you all in the near future about the TSR.2

Regards and many thanks in advance
Pioneer

May I suggest you contact TsrJoe - he is after all responsible for this: 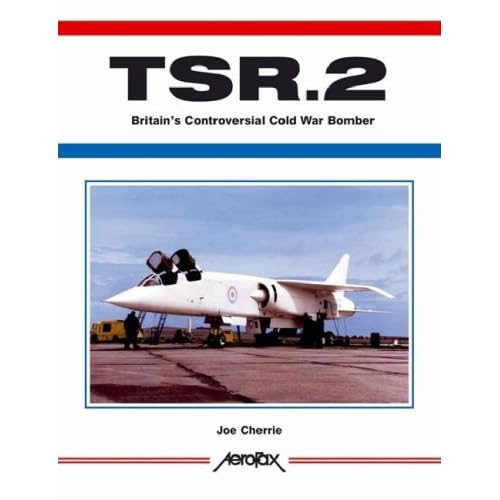 I think the most latest edition of 'Project Cancelled' by Derek Wood has a lot of TSR-2 bomb-bay load configurations.

GTX said:
May I suggest you contact TsrJoe - he is after all responsible for this:

Personally, I'd love to know from where that book is available. It looks great. All I've seen online (Amazons US, UK and Canada, Books A Million, etc.) and elsewhere is "Coming, Coming Soon, Almost Here, Available Feb. 1, 2008", and then, unavailable, out of print". Anyone know what happened? I would love to add that book to my collection on the TSR.2, certainly one of the most attractive jets to take to the sky.

I think Midland decided to expand the volume from a softback book to their new larger and more comprehensive hardback versions which has required a bit of a rewrite. No date now set for issue however.

As to the TSR2 bombbay config, Joe may have some drawings up on his MSN website. Certainly i have see photos of the bomb tests in the mock up with triple 1000lbs in a pyramid fashion, US nuclear shapes etc. Drawings of conformal wing tanks, various pylons for either missiles and bombs of different configuration. However only seen the large conformal belly tank on the Derek Woods drawing in Project Cancelled with the two Blue Water's, the TSR2 brochure only ever showed an additional internal tank to be carried inside the bomb bay when loads were to be carried on the wing pylons.

I suppose buying this
http://www.ianallanpublishing.com/product.php?productid=50895

I queried the publication of Joe Cherrie's book on the TSR 2 with Ian Allen / Midland Counties Publications the other day and received the following reply:

"The book Aerofax TSR2 was due for publication this year, and it kept being delay and delayed and now we have a date as December 2010.
I do not know if this will come before that date but this is all the info we have"

Hope this is of some use to you all.

Thanks Justo for your efforts
I always find it a thrill when I put the system on and see that someone has posted something new to an older topic.