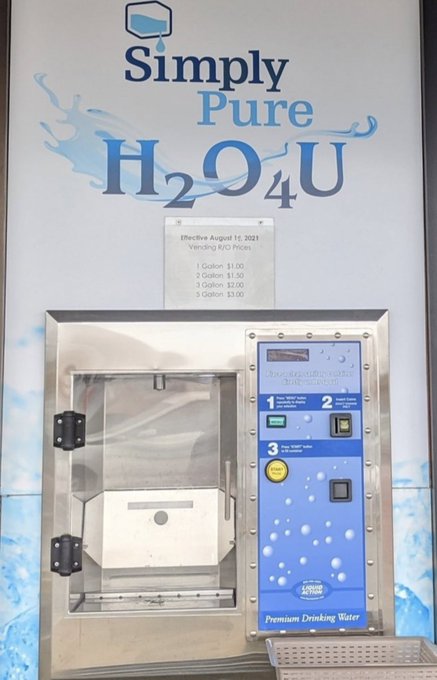 Just the thing to make some delicious yellow cake. 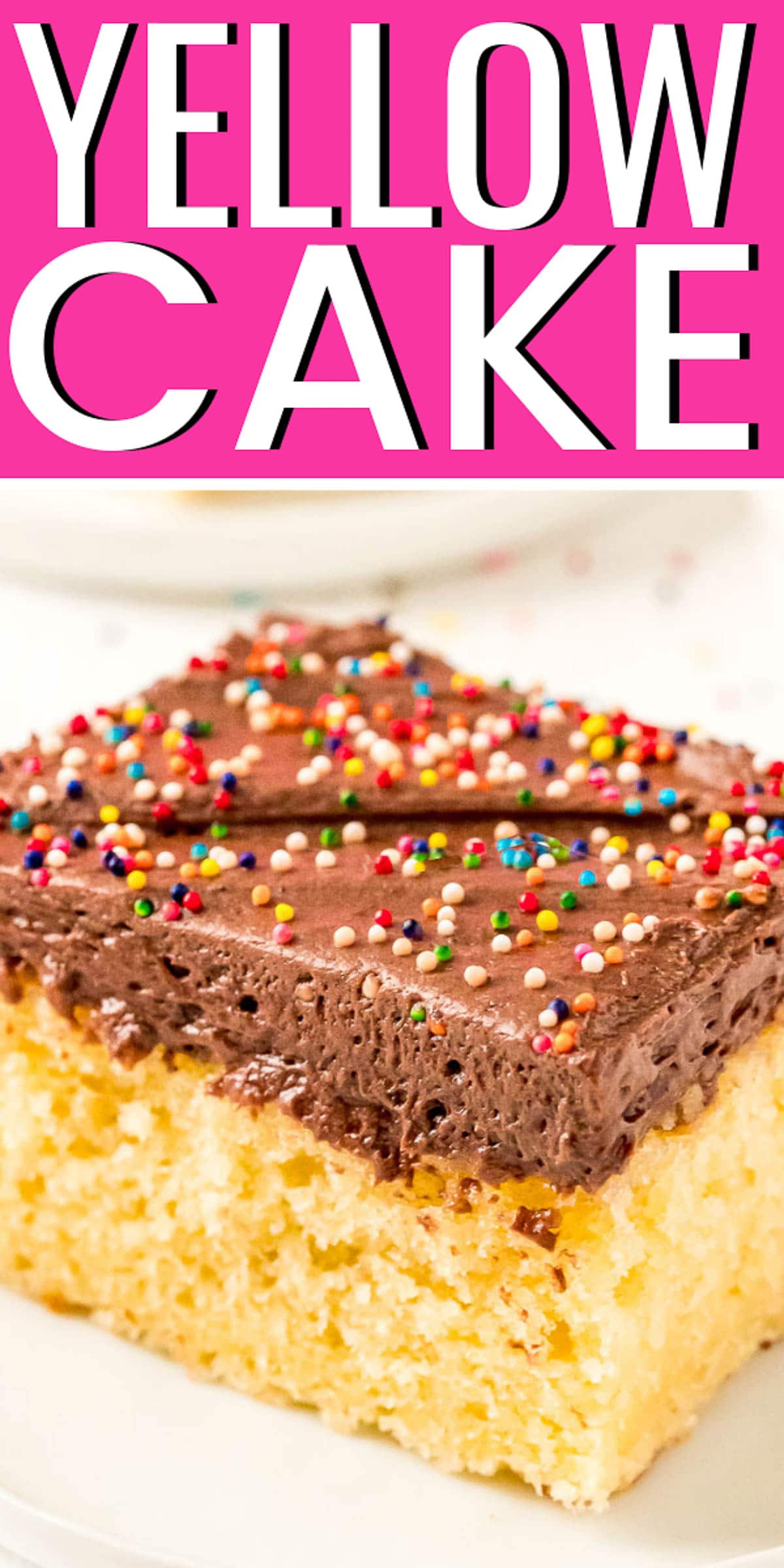 No, the Iraqis only had Zengoula as it turned out 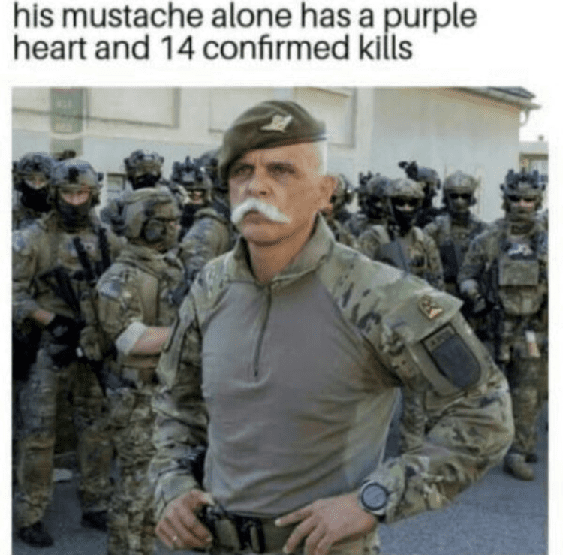 Pakistan is not Impress by that... 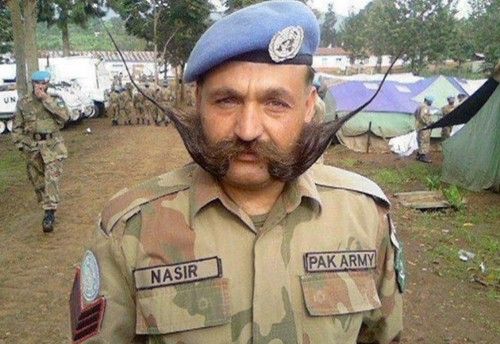 Michel Van said:
He is origin jewish, but a force antisemitic, a holocaust deniers !
Click to expand...

I think it would be a great idea if the mustache tips had two Uzi's or two Mac 11's attached. 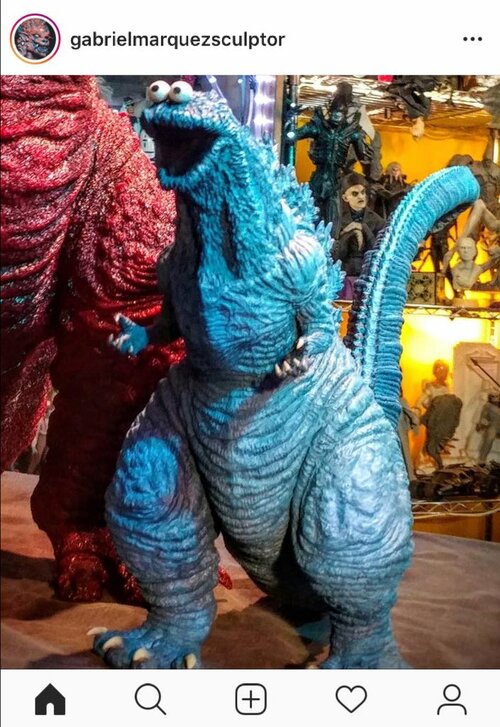 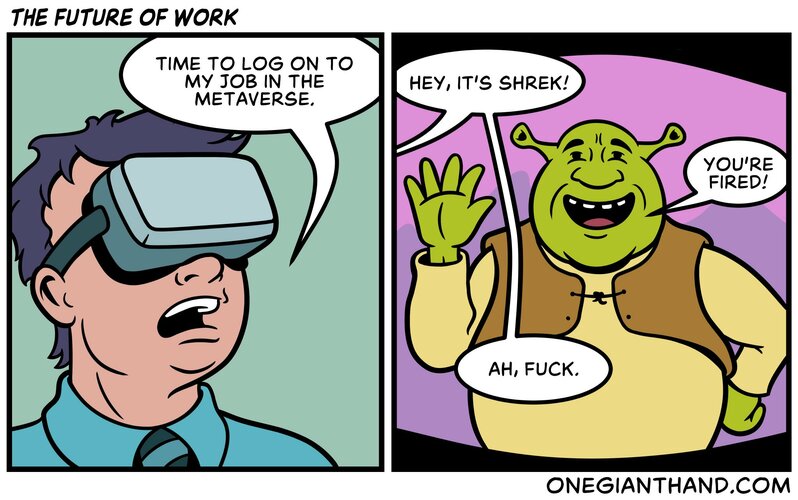 For those dissatisfied with the current editions of Star Wars and Star Trek, there are always the classics, and of course special editions of those classics. 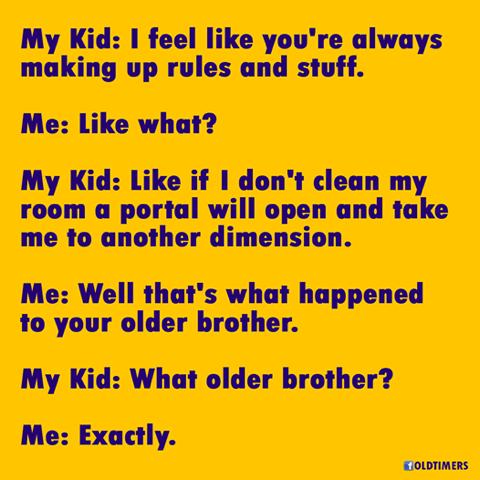 Reminds me of this...

Or the White House I'm in a tough Situation Room. Where did all those masks go?

in my earlier day people got panic as WW3 loomed
Today: 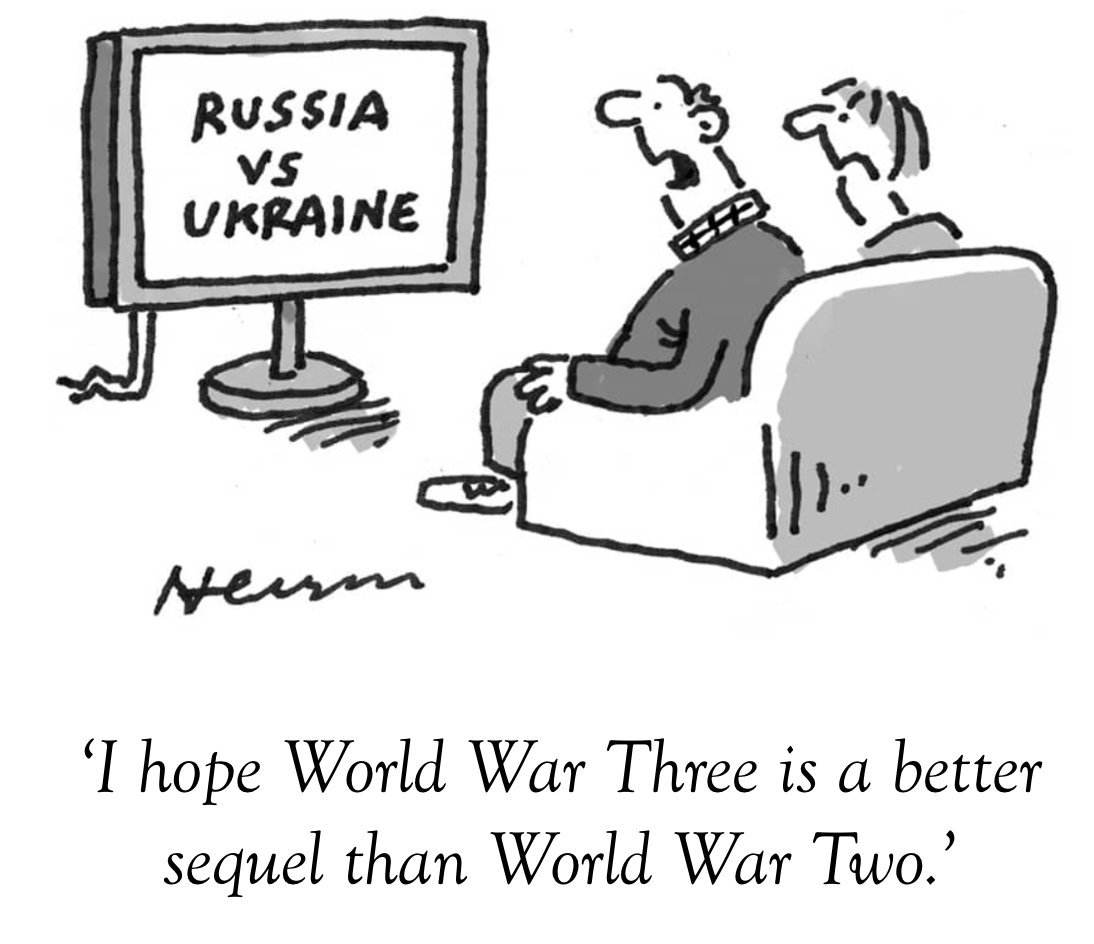 One man was born with five penis(s)
...
His underwear fits him like a glove ! 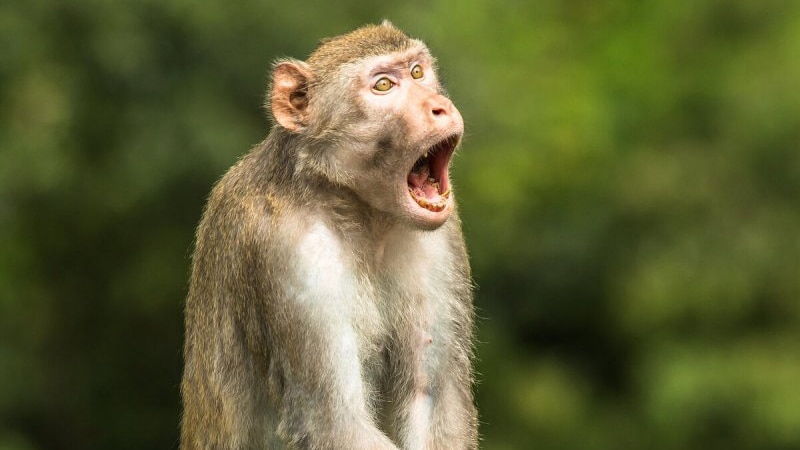 The Comedy Wildlife Photography Awards dub a monkey's painful pose on a taut wire the funniest animal photo of the year. 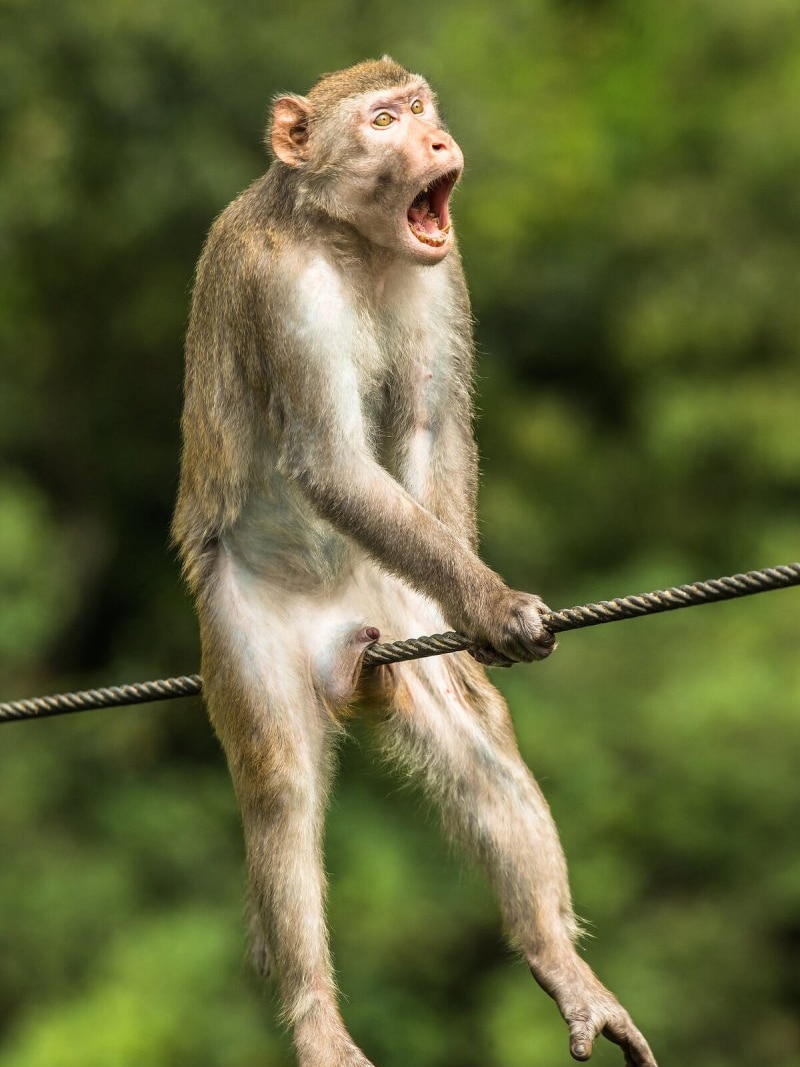 All I can think off is: GKJGFLKJGLJGJGJGRGMMEKGRPRPJJOGRP IT HURTS !!!
A

That meme is great. 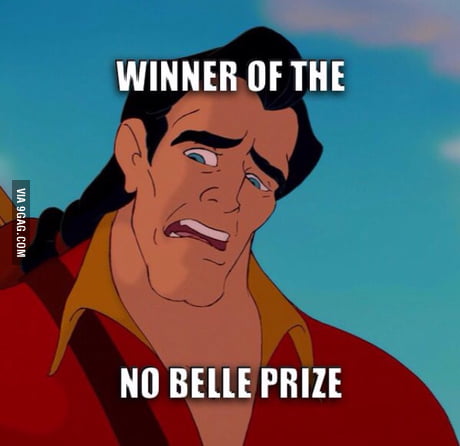 And then there is that one.

I've discovered, first, the "fixed" variant.
...
And then, that somebody had done an animated variant... bloody well done, and truly hilarious. The face of poor Samuel Johnston, as he first look at the paper... and then turns to watch "you"... it kills me, every time.

"The CIA killed JFK with a poisoned umbrella fired by a 82 years old grandmother operative."
...
"What the fuck did I just read ?"

Ze Frank. He has a YouTube Channel on 'True Facts About...'

"A G-Man's life is never easy...now, excuse me as I play Russian Roulette with my clip fed..."
H

The Comedy Wildlife Photography Awards dub a monkey's painful pose on a taut wire the funniest animal photo of the year.

That monkey's nuts, a little testy, ah just split the difference, 50/50.
A

One baby has born, and to the stupefaction (and dismay) of everyone, that baby is a giant ear. Yes, just a huge hear and nothing else.
His mommy takes the baby in her arms and says
"You may be a little weird, but you are my child and I'll love you".
To which the physician answers
"Speak louder, miss: he is nearly deaf."

Another child was born with no arms and legs. Bravely the parents fought for a normal life. Including at school.
One day the mom collect the kid at school and he seems pretty excited.
"What did you do today ?
"I played rugby, mom !
"Oh really ? but you can't... you know why...
"No problem: I played the role of the ball".

the WFT?! moment about your childhood hero
View: https://www.youtube.com/watch?v=mX77eC1EDpw 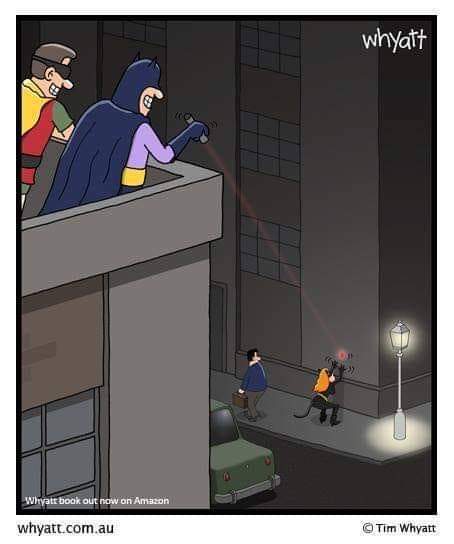 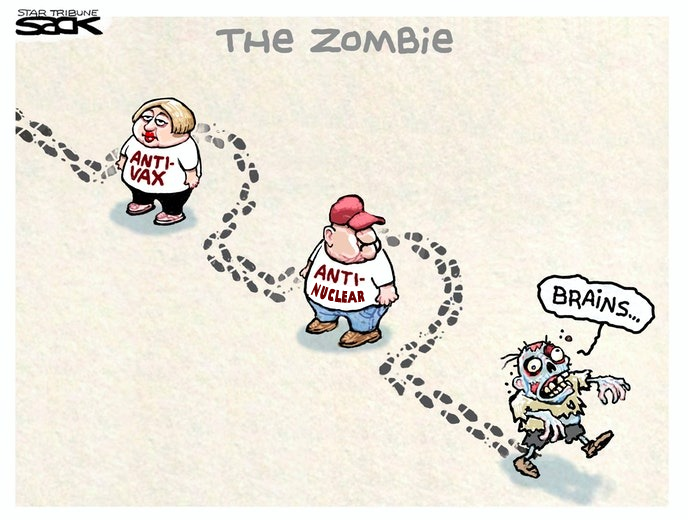 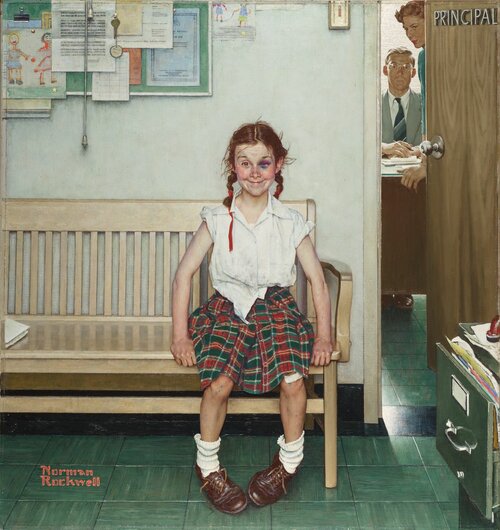 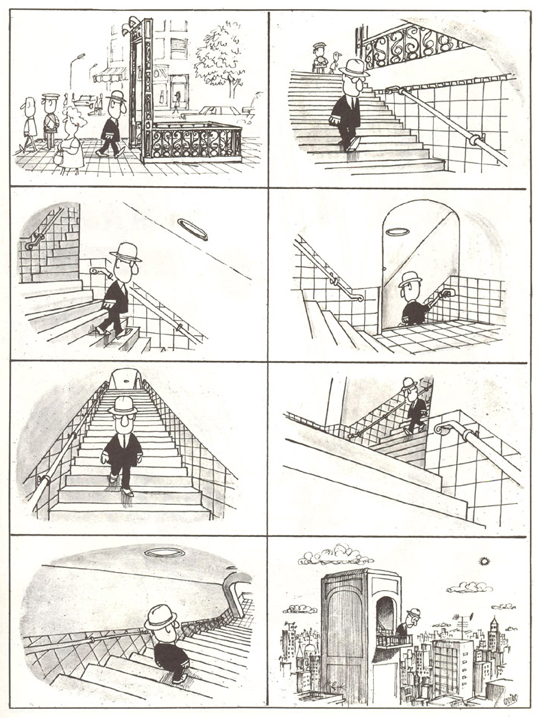 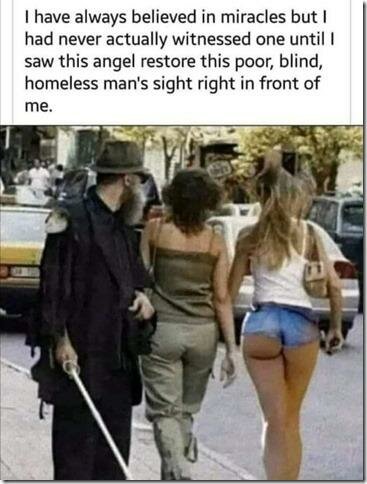 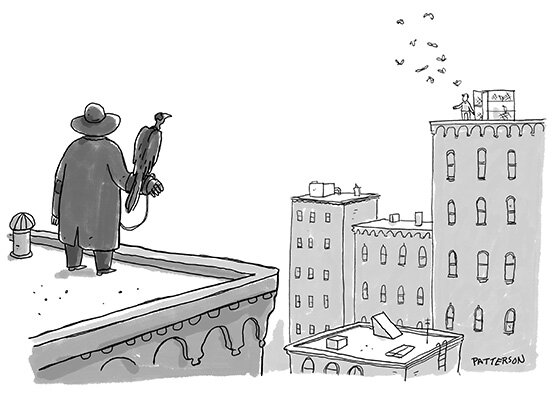 The story happens in Lourdes, the city were holy miracles happens, when people swim in a pool holy water.

Then a man in a wheelchair... when he gets out, the wheelchair has new, impeccable tires.

-------
When Snow White had a virginity test by Saint Peter, the results were inconclusives as seven pin holes were found...

Moses goes to the swimming pool. He climbs to he highest diving board, put his arms in the air, says a little prayer, and jumps...

... only to crash down at the bottom of the empty pool: as God mistook his intentions and pulled the same miracle as in the Red Sea... chasing the water to the sides.

-------
Jesus is giving a hard time to the pharisees. Related to that woman taken in adultery.
"Let anyone among you who is without sin be the first to throw a stone at her."
Of course the pharisees are taken aback and run away; Jesus is (modestly) triumphing, and the poor woman is smiling...
... not for long however as she receives a stone right in her face that knocks her down for the count.
An annoyed Jesus grunts "Mom ! You are not supposed to be part of this !" at the Virgin Mary standing near, with more stones in her hand...

Jesus is slowly dying on the cross, when all of sudden, he decides, he just can't really end like this. In a superhuman effort he frees his right arm... then his left...
...and then he loses his balance and falls down from the cross. And dies.

One cute and pure little girl will soon make his "first communion". Her parents are very proud and happy and actively preparing the ceremony; sending invitations to the families.
Alas among them is Uncle Jack, the proverbial crass and gross loudmouth, even more when he is drunk.
The parents have no other choice than to invite him, and of course they set tight rules.
"You KEEP this filthy mouth of your, SHUT - not for us but for your niece. Understand ?
The man is gross but no bastard, and he gets the point, and he promises.
And the day come, and everything goes well.
Until late in the afternoon when everyone is tired and a bit drunk.
Including Uncle Jack, and his had behaviour strikes back with a vengeance.

All of sudden his drunken voice is heard, asking aloud

"Hey everybody ! Do you know the difference between a crucifix and my testicles ?"

The parents are obviously horrified and furious. The little girl, for her part, turns toward them and asks, in perfect innocence

In a nudist colony, a little girl goes to her mom and asks her, straight in the eyes

The mother turns cherry red, then decides to use a little humour

"My girl, all you have to know at your age, is this. If it is tiny, then the man is stupid. If it is big, the man is clever." She makes a pause then asks "Darling, why do you asked me about this ?"

"Oh, it's nothing serious, mom, don't worry. It is just that...half an hour ago I saw daddy in the grass with a women; at first he was pretty stupid, and then he became very, but very intelligent... !"

One brave, old nanny has taken the kids to the zoo, to watch the elephants.
Then one little girl asks, without any warning
"Nanny, what's that huge thing hanging between the elephant legs ?
The nanny blushes, as, surely enough the male elephant has a truly enormous boner.
She says "Oh, that... it's nothing, really. Nothing."
And then the Zoo keeper nearby is heard saying
"NOTHING ??!! Madam, allow me to tell you, you are pretty blasé. Jaded. "

In a very bourgeois family a dinner is ongoing, with prestigious guests.
All of sudden one of the kid says aloud "Oh gosh, I need to shit - I need to take a dump !" and rushes to the toilet.
Deadly silence in the assembly, with the mother turning red in shame.
After the shocked guests have gone, she takes the kid apart and tells him
"Honey, you can't say such things loudly. Listen, if you need an excuse to go to the toilet, just speak in metaphore.
"What's that ?
"Abstract... oh well, next time just look at me and say "Mommy, I need to go to the garden to pick a rose for you. Okay ?
"Ok."
Next week, next prestigious dinner. And then the kid gets up, look at his mother and says
"Mom, I need to go the garden, pick a rose for you.
Mother smiles and nods in approval, and the kids get out gracefully.
Only to be heard a minute later shouting
"Moooommy ! I forgot the bloody toilet paper to wipe my arse ! Help me !"
Last edited: Nov 23, 2021

This only a Matter of time !
beliefe me... 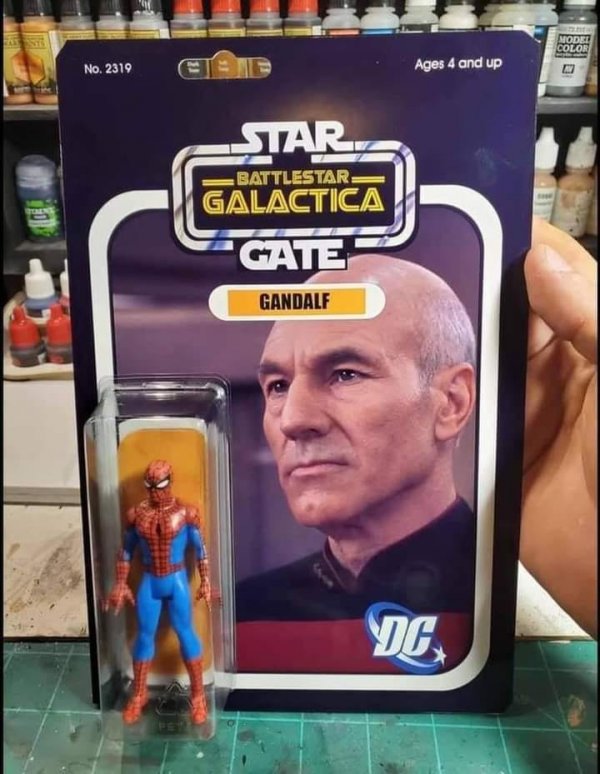 Escher, is that you?

Japan everything is different
even the Christmas Tree 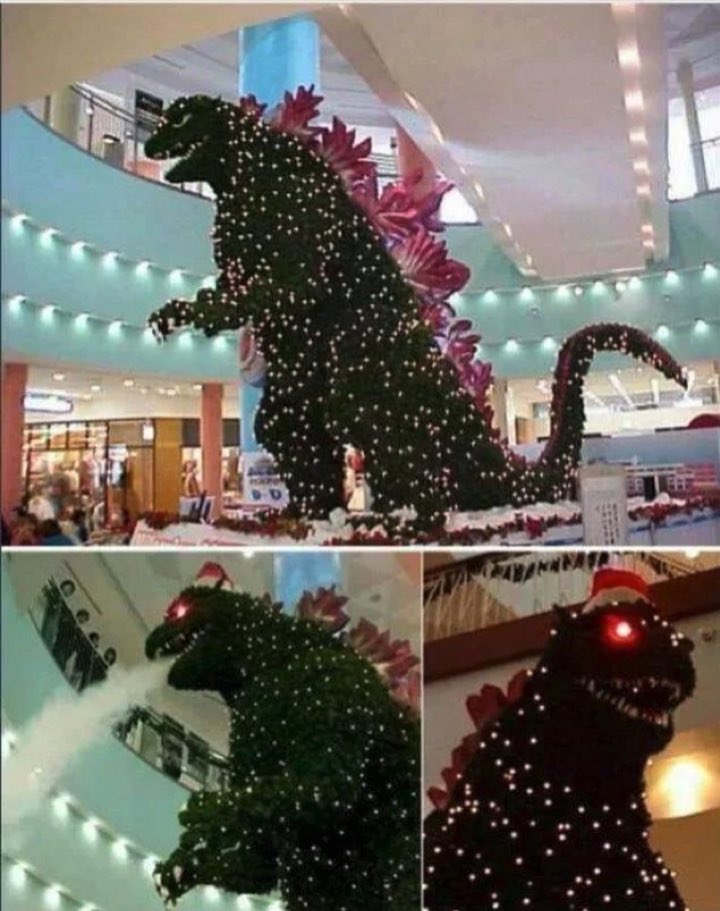