The Air Staff and the Helicopter

Blue Envoy Press present their next title, The Air Staff and the Helicopter.

The helicopter’s appearance at the end of the Second World War presented Britain’s armed forces with a quandary – what should it be used for and who should operate it? Initially seen as a replacement for the light liaison aircraft in army co-operation and artillery observation roles, as their load carrying capabilities improved the helicopter was viewed as a logistics aircraft that could support the British Army in the field.

The RAF was ultimately given control of that aspect of the helicopter and this is the subject of The Air Staff and the Helicopter.

From the Air Horse of 1947 and the plans for a ‘Hover Force’ and ‘flying three tonner’, the RAF’s equipment ranged from the Belvedere, Wessex and Puma in the Sixties and Seventies to the advent of the Chinook in the Eighties and Merlin in the Noughties. The Air Staff and the Helicopter examines the numerous projects and design studies and outlines how that army support role became key to British operations around the world.

The Air Staff and the Helicopter draws on archive material and, using new artwork and photos, shows how the RAF’s transport helicopters evolved to meet the challenges it faced around the world.

Projects covered include the Fairey Rotodyne, Blackburn's SP.60 Helicrane and B.118 lifting platform, Bristol Siddeley's 'Flying pigs'. the saga of AST.404 and the short-lived Merlin.

'Ivan doesn't hunt!' - If you love the smell of napalm in the morning, you'll enjoy the 'Household Air Cav', who would have loved the smell of stirrup cup in the morning and probably lugged their hunters around in the back of their Air Horses. An interesting diversion into the use of helicopters for air assault in the early 1950s.

The fabulous painting on the rear cover of a Westminster is enough to get me excited!

When will it be available?
R

Surely some mistake - a Chris Gibson book on helicopters? I'm in, anyway!
S

I foresee a new addition to my book collection in the near future...

Well, when people are offering me a grand a copy, it would be rude to decline.

Artwork is by Luciano Alviano, who also did the cover for Hawker P.1103.

The single rotor job is a Fairey ultra Light.

I'm hoping to have it available in early 2017. Depends on the day job.

Chris
Looks a really good edition to the series.
I know they were not helicopters, but will the "Flying Jeep" Project Prodigal stuff get a mention?
Also, looking forward to finding out more about the Westland Wessex replacement machine.
When can I order?
E

I'm looking forward to this book, the cover is amazing.

The Air Staff and the Helicopter is ready to print.

Copies should be available in mid-May (the day job is getting in the way).

Looking' good! That's jumped to the top of my want list.

Indeed. Artistic licence on my part.

Good afternoon my ever so dearest valued customers and readers, I do hope you are having a wonderful day.

The Air Staff and the Helicopter will be available from Wednesday the 10th of May.

As ever, if I can get the postage cheaper, I'll refund the difference.

My dear treasured customers and readers.

I have them! No cat in the pic this time, they're in gaol, but could attach a .wav file of the groaning springs.

I will be posting out the first orders this afternoon.

Thanks for the prompt orders

Any orders received before 1000hrs on 11th May 2017 i.e. tomorrow, will be posted out tomorrow. After that you'll need to wait until my missus can get to the post office.

Mr. Gibson, could you please inform us whether -- and through what means of ordering -- this title will be available for shipment to the USA? On Amazon.com "Currently Unavailable" is the typical result for this title now; Ebay doesn't even seem to list it.

Personally I am most impressed by your Hikoki hardbound series, several individual books of which I already have. I am trying to expand to purchasing your Project Tech Profiles from Blue Envoy as well but consistently find these much more difficult to locate and order.

I'm pleased that you have contributed to the literature a volume on UK rotary-wing projects. This subject matter has been the major info gap in the British Secret Projects series and indeed not properly addressed since Derek Wood in Project Cancelled.

Do you yourself have a website facilitating direct, from-the-author ordering? Or should one go to Blue Envoy's website? I remember exploring that but wasn't sure whether BE could ship across the Pond. Many thanks for any help that you can provide.

Basically its your choice from

1) Direct from Chris by sending him an appropriate money via Paypal to blue.envoy.services@googlemail.com. He's pretty good with this stuff. If you just want the one book the price is listed above. Why not take the opportunity to buy other titles and combine shipping? Email Chris at blue.envoy.services@googlemail.com with what you are after. I hear the Hawker P.1121 book is great ;D

2) From various UK specialist booksellers, once Chris has sent them some copies.

Amazon won't allow Blue Envoy books to be listed without some onerous requirements, so they won't at present be available that way.
T

CJGibson said:
After that you'll need to wait until my missus can get to the post office.

Why is it that, regarding your Significant Other/She Who Must Be Obeyed, an image similar to this has popped into my head? 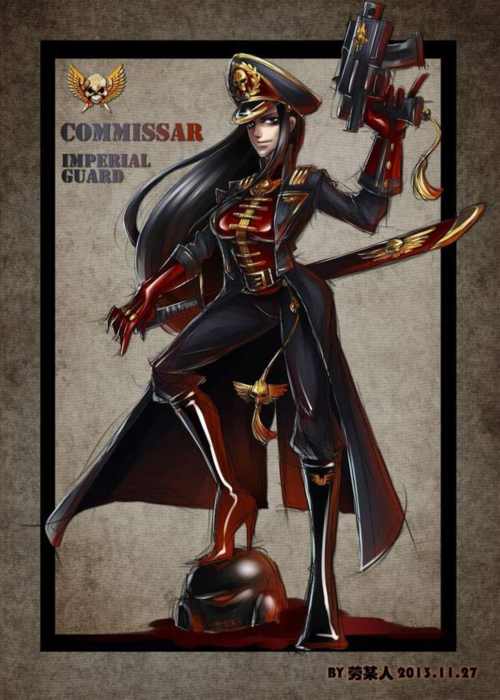 Morning my lovely boys (as BSM Williams would say)

Any books ordered before 1100hrs have been posted. Mrs CJ will handle any subsequent orders.

Mr Warren, drop me a line and let me know what you want and we'll sort that out for you.

Amazon always ordered on an as required basis, so if you ordered from them, they'd contact me, I'd send to them and they'd sent to the customer. Tedious and kept the postie busy. I prefer to deal with the independent book stores such as the Aviation Book Shop, Aviation Book Centre, Ian Allan (Brum and Waterloo) and for the Scots market, Word Power Books in Edinburgh. they keep stock. if I'm at home, direct ordering is fastest.

Hope this is helpful

I'm not touching that with a barge pole...

"Mrs CJ" makes me think of CJ from The Fall and Rise of Reginald Perrin:

Many thanks to you for your help, Mr. Gibson! I should be in touch with you soon!
R

Having problems with blue envoy's email address blue.envoy.services@googlemail.com it just bounces back as not recognised when ordering can anyone confirm its right and its my end that's went wonky i.e yahoo

All sorted thanks Chris
T

Thanks again to Paul and CJ for their help. While difficulties in ordering specificallyThe Air Staff and the Helicopterprompted my earlier post, I've just succeeded in acquiring an earlier Chris Gibson Project Tech Profiles title, The Admiralty and AEW, from Ian Robinson. Since he's indicated he has TASH in stock and since I've just transacted with him, I've decided to order from him. He seems a really good bookseller and I recommend him to fellow members 8558ia_fv4106ncf@members.ebay.co.uk.

Mr. Gibson, I must strongly complement you for The Admiralty and AEW. Really looking forward to The Air Staff and the Helicopter!
F

I received my copy yesterday and it is a fascinating read, I was very interested to see details of the Westland WG1 as I have never seen a GA drawing of it before only of the later WG11.
It is amazing how many times requirements have chopped and changed it is a wonder we ever buy anything.
Really hope you are planning a Naval helicopter companion volume with ASW WG1 and WG11 featured.
Alan

I have finally had a chance to read this after having received it some time ago. There are lots of interesting pieces, I especially enjoyed the section about the Air Staff's angle on the WG.1, it added significantly to what I have discovered myself about the RN's interest from an ASW perspective whilst the drawings of the engine and gearbox layouts were fascinating.

As an additional note on the final section around AST.404/SR(A).432 this section in Hansard from 1987 adds some context: http://hansard.millbanksystems.com/commons/1987/apr/09/helicopter-orders

Additionally, my understanding is that whilst SR(A).432 was described as being a Puma and Wessex replacement the initial plan was that 25 EH.101s would replace the Puma fleet which would in turn replace the Wessex fleet and that there was an implicit assumption that at some point later a further 25 EH.101s would be ordered to replace the Pumas. Incidentally I understand that a further 24 navy EH.101s (to meet the initial requirement for 74) were also not fully taken off the table until the 1990s.

Chris
Have sent an order for this excellent looking book.
Managed to find the only image I know the British version of the NH-90 from Flight International

JFC - having talked to a few of the folk involved in all that AST.404 nonsense, the impression gained is that nobody had a clue what was going on! That was before the politics was factored in. At least it was killed off before it turned into a Nimrod/Phoenix/Atlas-style spinning bow-tie extravaganza.

Very much my impression as well! The eventual support helicopter acquisition (SR(A).440 contracted in 1995) ended up being a split buy between Chinook (14, 8 of which became the HC.Mk.3 disaster) and AW101s (22). The only reason the Merlins were ordered was to give Westland something to do and because the government got a cut of every Merlin sold (in an attempt to overcome this Boeing offered a 200% offset deal if the UK ordered more than 30 Chinooks), the RAF made it very clear they wanted Chinooks only. They ultimately got their way in 2008-10 when the Merlins were transferred to the Navy to replace the Commando Sea Kings and 14 (of a desired 24) new build Chinooks were ordered.

In the early 2000s the idea had been for a joint Commando Sea King and Puma replacement under the title Future Medium Helicopter Capability which became the Merlin HC.Mk.3 transfer and a further Puma life extension. Amusingly, after flirting with further extending the type to 2035, a Puma replacement is back on the cards for the late 2020s.I did at one point see an MoD document that had additional Chinooks penciled in of the 2020s to replace the Puma but this seems to have fallen from favour.

Chris
I have sent a message, e-mail and paypal on Saturday for the new book.
If you have not got them this week, could you pm me and I will re-send.
I am really looking forward to seeing it.
R

You should receive it tomorrow. Bank holiday dontcha know.

Chris Sorry, I have a new e mail address as fsmail.net
has just packed in and was not sure if the paypal had
gone through.
Book came this morning and I have been spending a fair
amount of time going through it. Another excellent volume
and filled in many gaps in my knowledge especially why
we did not by the ch53 like the Germans and the saga of the
Rotodyne.
One area where my appetite is whetted for more is the Westland
design portfolio, especially the WG family in the early 60s.
Share:
Facebook Twitter Reddit Pinterest Tumblr WhatsApp Email Share Link