Here is the Sikorsky 20-ton flying crane helicopter,I don't know
if it related to S-60 or not !.

If you look closely at the bottom of the plan, it says "HLH", so it's just Sikorksy's contender in the XCH-62 competition, which we have elsewhere on the forum.
S

I reworked the lousy scan to make out the helo's silhouette a little better. Very close to the unbuilt S-64B, except maybe for the longer cabin section.

Great work Stargazer,I know it is HLH,but it is different from S-62.
S

hesham said:
Great work Stargazer,I know it is HLH,but it is different from S-62.
Click to expand...

You mean H-62, right? But that was not Sikorsky, that was Boeing Vertol!


it was from Sikorsky,you are right,I meant S-60.
C


and that is flying crane helicopter project,was developed from S-65-200.

Interesting paper, still showing '60s enthusiasm for helicopter/VTOL transportation !And funny to see,
that the compartment coach was revived for helis, when it just had been buried by the railways (page 165
to 167) !
But actually I can see no real connection of the shown flying ceane to the S-65/CH-53. As is written on page
30, it "was chosen as a model for our system" and you find it mentioned along the S-61 for comparative reasons.
That doesn't mean, that the shown sketches are developments of those types, I think, and that crane heli seems
to be single engined.

Jemiba said:
Interesting paper, still showing '60s enthusiasm for helicopter/VTOL transportation !And funny to see,
that the compartment coach was revived for helis, when it just had been buried by the railways (page 165
to 167) !
But actually I can see no real connection of the shown flying ceane to the S-65/CH-53. As is written on page
30, it "was chosen as a model for our system" and you find it mentioned along the S-61 for comparative reasons.
That doesn't mean, that the shown sketches are developments of those types, I think, and that crane heli seems
to be single engined.
Click to expand...


the MAT (Metropolitan Air Transit System) based on S-65-200 for they study;


For the purposes of further performance studies, the Sikorsky
S-65-200 compound helicopter [3-14] was chosen as a model for our
system. The detailed calculations found in the remainder of this
chapter center around this or similar designs.
Click to expand...

I still think, there's a difference between "using a type as a model" and
designing a derivative. In the first case, you are imagining a (new)type, that has
similar performance, so you know, that your aims are realistic and maybe you can
use similar methods. But nevertheless, you are designing a completely new type.
In the second case, you just modify your base type.

May be my dear Jemiba.

From "Der Flieger". december 1961, an early 3-view of the S-64 and another one of a much larger
type with 4 engines driving an eleven bladed rotor .

In 1970, with the success of the Sikorsky S-64 crane helicopters, the U.S Department of Defense identified a need for a “Heavy Lift Helicopter”, or HLH. This would carry 22.5 tons, about twice the payload of the Sikorsky CH-54B. It would be used by both the Army and the Navy in the 1980s. They solicited proposals from industry for a research and development program leading to eventual production. This included the development of the dynamic components including the rotors and drive system, as well as the flight control and cargo handling systems. The dynamic components would be tested in a ground test bed and in a pre-prototype, flyable aircraft. A three-year development program was envisioned, after which work was to begin on a complete aircraft.

Proposals were submitted in February 1971 from five companies – the Vertol Division of Boeing, the Hughes Tool Corporation, Gyrodyne of America, the Kaman Corporation, and Sikorsky. Sikorsky’s strongest competitor was Vertol which proposed a large tandem rotor crane.

Sikorsky had recently built a heavy-lift hoist test facility at the Stratford plant, the only one like it in the United States. This was thought to be a plus in the competition.

In May 1971 it was announced that Vertol had won the contract. This was a blow to Sikorsky, since they had pioneered the crane helicopter concept and felt that they were the most capable company to move the crane concept to this new larger level. Sikorsky president Wesley A. Kuhrt said in a statement released to the press “Our disappointment is heightened by the fact that Sikorsky is the only company in the western world which, with many millions of company funds invested, has been developing and building heavy-lift helicopters for more than ten years.”

At the same time, David Packard, deputy secretary of defense, announced that the Department of Defense was authorizing a program to meet special Navy and Marine Corps requirements for a shipboard based helicopter with a lift capability greater than that currently available, but less than the shore-base HLH. This was the upgrade of the Sikorsky CH-53D program to the CH-53E with a larger rotor and three engines. Sikorsky had been operating a three-engine test bed for some time, original intended for a growth S-64 Skycrane, but then redirected it to the CH-53. This went on to be the very successful CH-53E production program, which is now advancing to the even larger CH-53K.

The Vertol design, designated the XCH-62A, was initiated in 1971. It experienced development problems with the high-power drive system, and the program was cancelled in 1974.

The HLH followed the basic configuration of previous Sikorsky crane helicopters, the S-60 and the S-64 – A single rotor/tail rotor design with a minimal fuselage and a cockpit which included an aft-facing pilot’s seat to better control the load being carried. Sikorsky stressed that the design was well within the technology limits of the time. The main rotor diameter was 124 feet. The tail rotor had a diameter of 26 ft. Both rotors used four blades. Three General Electric TF-34-58 engines were used, rated at 7,000 hp each.

The rotor was simplified compared to rotors then in production. It contained 80 fewer major parts. Spherical elastomeric bearings were used in place of the three-hinge designs then in production at Sikorsky. Rotor blades were to be built of composite materials, which would be lighter, stronger, and stiffer than metal blades.

The transmission was to be an extension of a system recently tested which was capable of transmitting 11,300 horsepower, 3,000 more than the CH-53B. The HLH design power was 17,300 hp.

The proposed HLH had pushbutton controls mounted at two stations, one on each side of the pilot. These would replace cyclic and collective sticks.

The aircraft would have a crew of five and a cabin to the rear of the cockpit which could carry 12 combat troops.


here is the Sikorsky HLH proposal.

Stumbled across a reference to Weser Fluzeugbau's involvement in the S-64 design process. Not just in obtaining a production license.

Weser designers have been in America for a year helping in the
development of the WF-S-64 turbine-powered crane, a cockpit section
of which was exhibited at Paris earlier this year.

The crane is a German military programme, two prototypes having
been ordered, but Weser also look to civil possibilities.
Click to expand...

And it was still designated WF-S-64 three years later, when under evaluation:

The giant WF-S-64 is active on most days, lifting portable water
purifier plants, rafts of four cars and anything else cumbersome that
comes to hand.
Click to expand...

And that project was called S-73.


here is a Sikorsky ABC Skycrane

this Sikorsky drawing which called Model-360,maybe they meant DS-360 ?.


here is a Sikorsky DS-137 flying crane Project,appeared in two variants,
one was with single main rotor and the second was with two main rotor,
who can collect the pieces.

Jemiba said:
When I was searching for the CH-53 crane (is it or is it not ?), I found another
Sikorsky crane heli concept, with a MTOW of nearly 43 ts and a payload of 21.5ts,
intended for carrying an ICBM. Novelty would have been the 11-blade rotor with
the large lenticular hub fairing and twin tail rotors (from Aviation Week 1968 19-26).
The dynamic system would principally have been the same, as in the S-64 project,
shown in Flugwelt 8/1958.
Click to expand...

uk 75 said:
an interesting article about a 1/250 model Sikorsky S60 in plastic made by the German Siku company
http://www.avkits.net/kit50/siku/Skycrane/Skycrane.html
Click to expand...

sorry it was the Siku toy bit that got me to the link, as I have the toy mentioned.

hesham said:
here is a Sikorsky DS-137 flying crane Project,appeared in two variants,one was with single main
rotor and the second was with two main rotor,who can collect the pieces.
Click to expand...

If someone could collect the pieces,and don't forget they were a
two variants,with the same front of fuselage.
Last edited: Feb 23, 2021 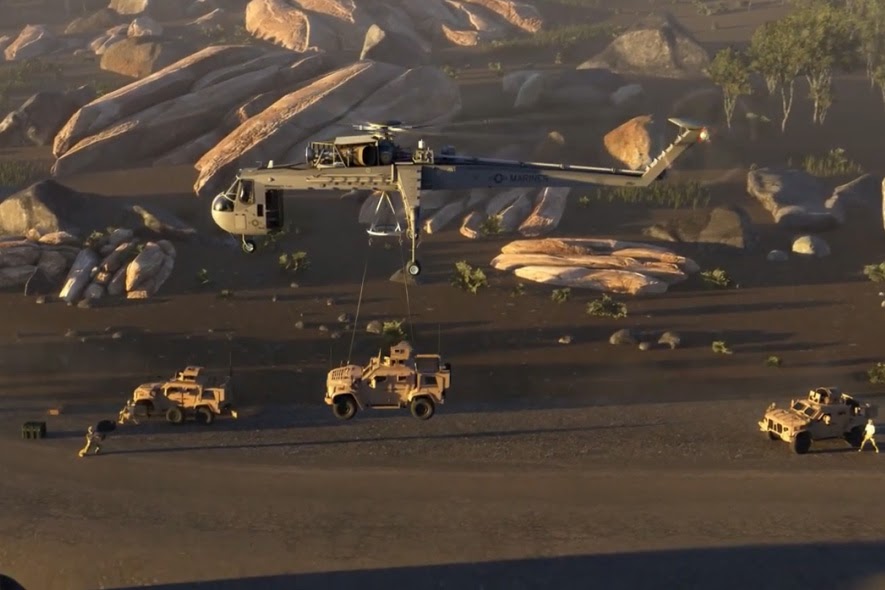 30 years after the U.S. Army retired the @Sikorsky CH-54 Tarhe, @EricksonInc is proposing a modernized version of the aircraft, the S-64F...

30 years after the U.S. Army retired the @Sikorsky CH-54 Tarhe, @EricksonInc is proposing a modernized version of the aircraft, the S-64F...

how about something crazy like a family of unmanned cranes which has been proposed so many time before..jeepers the dysfunction 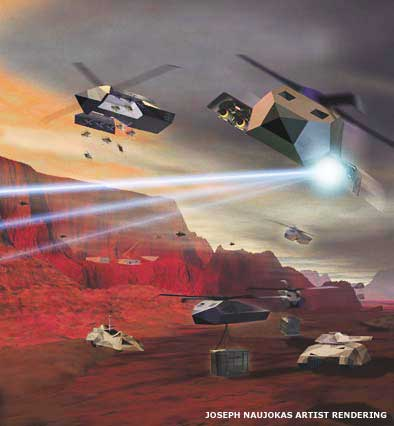 Erickson said it would begin flying an optionally-piloted S-64F+ in 2022 and that it aimed for first customer deliveries in 2024.

Given how much weight the new "towed" artillery and tactical wheeled vehicles are sporting these days. probably going to need a super Sky Crane to move them around. But, what to give up?

From anther report from, Michigan University,