Dubbed the P.1HH HammerHead, this UAV is the result of a collaboration between Piaggio Aero and Selex ES based on the P-180 Avanti II, a twin-engine turboprop. The Avanti II is primarily utilized as a business jet with a 1400 NM range, though a "Special Mission" piloted derivative is also available for both emergency response and military operations. In the latter case, the Avanti II can perform in a variety of intelligence, surveillance and reconnaissance, electronic warfare, security surveillance roles.

The HammerHead UAV, while maintaining the Avanti II's 47-foot fuselage length and 13 foot height, does incorporate slightly-larger reinforced wings measuring 51 feet across. It also replaces the cockpit and cabin with an oversized fuel tank, sensor suite, and avionics bay. The HammerHead will also carry an external radome. In all, the UAV will be able to take off with a maximum payload of about 4,000 pounds worth of sensors and equipment. A pair of 950 SHP Pratt & Whitney Canada PT6-66B turboprop engines will propel the aircraft to its 45,000 foot operational ceiling and keep it there for up to 16 hours.

While it is capable of autonomously taking off and landing, the P.1HH can be controlled remotely through both Line of Sight (LOS) and Beyond Line of Sight (BLOS), a satellite-based communication system, ground control stations. What's more, the HammerHead is equipped with the Selex ES-developed skyISTAR system. The skyISTAR integrates and analyzes data from the on-board sensor suite before transmitting the synthesized image to the UAV operator.
Click to expand...

Italy already ordered 10 of them. It has also weapons payload (limited to 500 kg) and first flight is scheduled relatively soon - in August or September. First production aircraft is planned for 2014 with IOC in 2016 - 2017 timeframe. It seems to be Europe's first operational UCAV.

Fight in style for sure.

Interesting choice for an unmanned platform. It's definitely not the quietest aircraft and has a distinct sound with the pusher configuration. There's a couple of Avanti's based in the St. Louis area and there's no doubt when they fly over.

This is the kind of situation I could bang my head on the walls about... A couple of days ago I searched this forum for "Hammerhead" and "P-1HH" using the search engine (to share some photos from Le Bourget) and found nothing... Presumably because of the dot "." instead of the hyphen "-", and possibly also the second capital "H" in Hammerhead.

Can this kind of problem be addressed once and for all from a technical viewpoint? I'd like to hear what PaulMM has to say about it.

More importantly, the move into the military market has struggled to get airborne. A source close to the company confirms none of the P.1HHs due to be delivered to the UAE this year have been handed over. The fact that the UAE military was buying from a company owned by its own government-run wealth fund seemed to make the deal a sure bet. However, there have been suggestions that, after hoping for backing from Rome in the form of a military order, Abu Dhabi has held back concerned by Italy’s fragile political situation.

The Italian defence ministry had sanctioned a development programme for 10 P.2HH systems, each comprising two air vehicles and one ground control station. The P.2HH, with a larger wing and airframe than its predecessor, a more composite structure, and a maximum endurance of 30h, was costed at €766 million. Work on the programme, for which Leonardo would supply the mission system, was to begin in 2017, with first deliveries 55 months later. The procurement plan was presented to parliament in February.

However, following Italy’s election, the acquisition has been put on ice. The problem appears to be the country’s dire fiscal situation, with one coalition partner, the populist Five Star Movement, promising to prioritise social programmes over defence spending. The aircraft’s backers, by contrast, talk up the medium-altitude, long-endurance (MALE) P.2HH as a low-cost alternative to other unmanned systems, and ideal for maritime patrol at a time when there are dozens of boats carrying refugees on the Mediterranean.

Piaggio flew its first P.1HH in 2013. However, that prototype crashed off Sicily in May 2016, about 100h into the flight test campaign. A second prototype flew in July 2017 and two further aircraft joined the flight test programme. In May 2017, Piaggio completed a key step in its campaign, its first beyond radio line of sight (BRLOS) sorties, with Vaghi telling FlightGlobal at EBACE: “I cannot stress how important this milestone is for us. We will be the first European MALE to market. We have had to change the entire nature of the company.”
Click to expand...

From the Great White North!

Mark Nankivil said:
Interesting choice for an unmanned platform. It's definitely not the quietest aircraft and has a distinct sound with the pusher configuration. There's a couple of Avanti's based in the St. Louis area and there's no doubt when they fly over.
Click to expand...

Indeed. Superior Propane, when they existed, had one that flew out of Pearson and Buttonville...

You can hear them miles off.

Sure. We had a frequent local visitor, too. Very distinctive.

But at the intended 35,000' loiter, I doubt the sound signature is an overly large concern for them.
N

Mark Nankivil said:
Interesting choice for an unmanned platform. It's definitely not the quietest aircraft and has a distinct sound with the pusher configuration. There's a couple of Avanti's based in the St. Louis area and there's no doubt when they fly over.
Click to expand...

Indeed. Superior Propane, when they existed, had one that flew out of Pearson and Buttonville...

You can hear them miles off.
Click to expand...

I wonder if Piaggio looked into a propfan version of the Avanti. Increase in Mach would require wing sweep which would dictate other changes to accomodate it. Though it surprises me the Avanti II has a high speed cruise of Mach .70 with the straight wing. Must be some beefy wing spars.

The Italian government has approved nearly €700 million ($800 million) worth of orders and commitments for Piaggio Aerospace, which should help to provide a long-term and sustainable future for the Italian airframer.

The Italian parliament is also expected to give its approval by late July to completing certification of the P1HH HammerHead – an unmanned surveillance variant of the Avanti – and the acquisition of at least one system, comprising two aircraft and one ground station, for €160 million.

HammerHead development has been on hold since the company entered receivership. Piaggio says its long-term objective is to maintain "company know-how" and participate in future Europe-wide unmanned air vehicle programmes.
Click to expand... 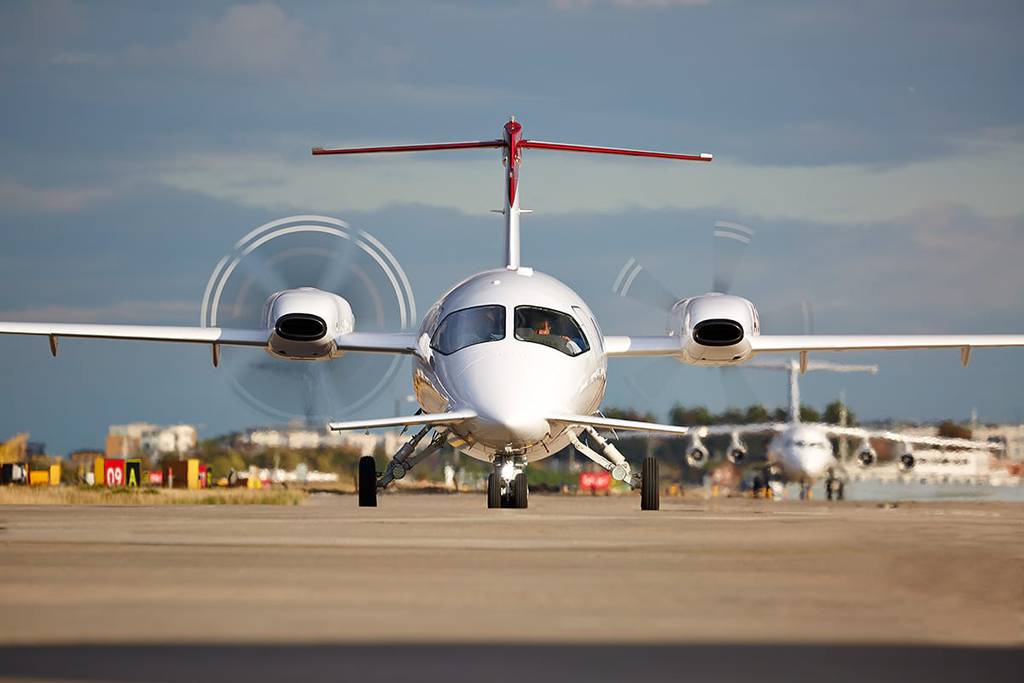 However, a contract is missing — one the government said in 2019 it would award to Piaggio Aerospace.

ROME — Italy announced it will purchase six new Piaggio Aerospace aircraft to help relaunch the Italian firm, and indicated the government is dropping long-held plans to buy drones from the company, ending the ill-fated story of the Hammerhead UAV.
Click to expand...