Thanks for your help.
S

this sitehttp://alain.vassel.pagesperso-orange.fr/piaggio.htm has a number of pegna's early sea plane designs but they are not numbered

shaba said:
this sitehttp://alain.vassel.pagesperso-orange.fr/piaggio.htm has a number of pegna's early sea plane designs but they are not numbered
Click to expand...

From the site you mentioned before Shaba;


and also from that PDF report;

And a studying concepts;


here is anther early Pegna and Piaggio aircraft and projects;

Here is a photo of the Pegna-Rondine.

hesham- Was the Pegna-Bonmartini-Cerrone a project only or was it built? Thanks.

hesham- Was the Pegna-Bonmartini-Cerrone a project only or was it built? Thanks.
Click to expand...


frankly,I don't know,but could be any Italian member knows.

My info is only a project!


a small info about Pegna aircraft;


Dear mods and dear members, please feel free to move or mention these attachments in other topics.

OH my memory is too bad,


we had this topic,but its title wants to change;

roadrunner2 said:
The PC-7 was one of the most fabulous seaplane ever build.
I do a 1/48 model .
Click to expand...

Do you know that ? This is from an old Modèle Réduit d'Avion number 591 (the famous MRA !) and Mister Vassel is an exceptionnal modelist !

Thanks a lot. I imagine that PC-7 skin cooler(radiator and oil cooler) was not a evaporative type,too.

very odd design from Pegna,it was a catapult launch seaplane,what was its propulsion ?,
looks like a turbojet or pulsejet ?.

The text says propulsion a reazione, which translates, roughly, as jet propulsion. What kind I do not know, this is a paper from 1934 so many years before any workable jet propulsion system had been run

Yes it is very unusual. There is an air intake behind the cockpit and exhaust by the tail so it has to be some form of jet rather than a rocket but 1934 is very, very early for such a concept.

From Wikipedia, perhaps someone can provide more details

In 1931, Italian engineer Secondo Campini submitted a report on the potential of jet propulsion to the Regia Aeronautica, and demonstrated a jet-powered boat in Venice the following year. In 1934, the Regia Aeronautica granted approval for the development of a jet aircraft to demonstrate the principle.
As designed by Campini, the aircraft did not have a jet engine in the sense that we know them today. Rather, a conventional 900 hp (670 kW) Isotta Fraschini L.121 RC.40 12-cylinder liquid-cooled piston engine was used to drive a three-stage variable-incidence compressor, which forced air into a combustion chamber where it was mixed with fuel and ignited. The exhaust produced by this combustion was to drive the aircraft forward. Campini called this configuration a "thermojet," but the term "motorjet" is in common usage today. It has also been described as a ducted fan.
The relatively small duct resulted in low mass flow, and thus low propulsive efficiency. In modern designs this is offset through high overall pressure ratios, but the N.1 had a low pressure ratio and thus low thermal efficiency as well. As a result, the engine had relatively low thrust, about 1,550 lbf, and very poor fuel economy.

More information from Campini's 1932 patent for a jet-powered aircraft. So it seems that Pegna's concept was based quite closely on Campini's work.

The following chatty text may perhaps be of interest. 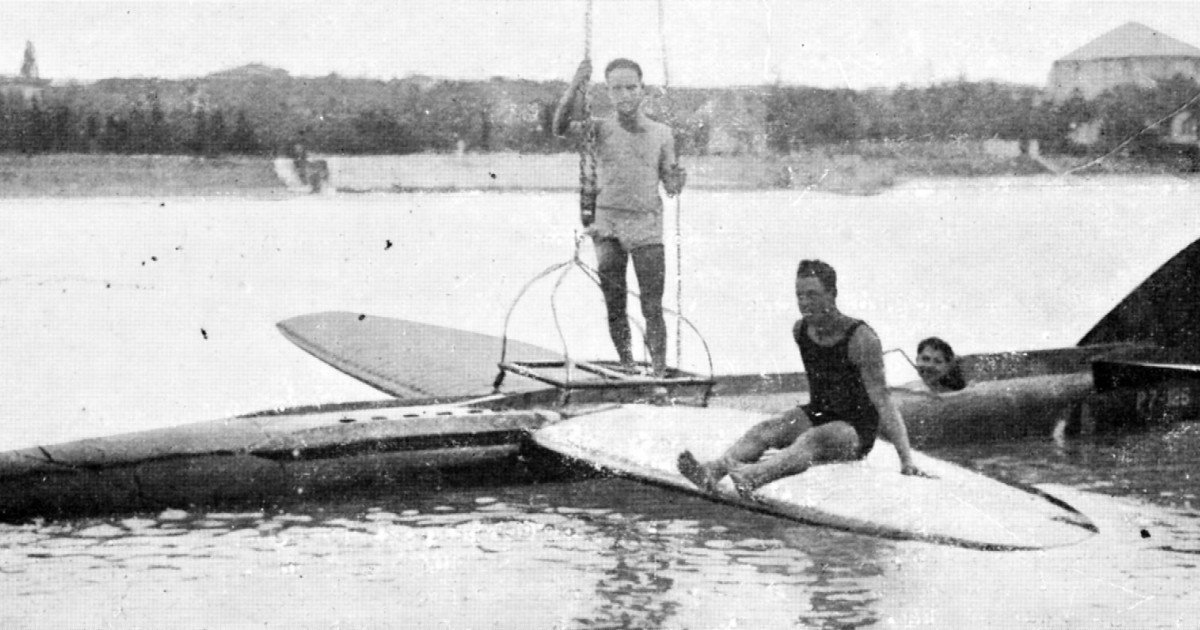 It is with a certain trepidation that yours truly approaches the subject of this week, my reading