Just over a decade ago, Western naval analysts (including this one) marveled over the PLAN’s new “Red Aegis” Type 052C destroyer, the first Chinese warship to wield both phased array radars and vertical launch systems (VLS). Today, an improved variant of that ship, Type 052D, is in serial production, predicted to run to between eight and twelve hulls. This Dragon Eye will not focus on that impressive vessel, but rather will peer into the future and look at the ominous “dreadnought” on the horizon, China’s Type 055 cruiser, which is currently in development.

"It has emerged that China's most advanced destroyer, the 10,000-ton-class Type 055, is larger than previously reported as the Chinese Navy recently revealed it has an actual displacement of more than 12,000 tons. Experts said on Friday that the difference between 10,000 and 12,000 tons could be huge and indicate the warship is even more powerful than expected.

In an introduction video for Nanchang, the first ship of its type, released by the People's Liberation Army (PLA) Navy during the Spring Festival holidays, the service confirmed the ship has a displacement of more than 12,000 tons.

The warship was previously only vaguely referred to as China's first 10,000-ton-class destroyer, without information of its exact displacement."

If she does really use Integrated Electric Propulsion scheme, she would definitely have enough power for DEW or EM-railguns. With the latter tho may consume more space due to need to provide high capacity pulsed power storage.

It is (at least) a Light Cruiser in everything but name.

Missile Cruiser to be precise... though I don't know what to call the 3 Zumwalts....
Can we bring back the aborted Destroyer-Cruiser classification???

Tzoli said:
Missile Cruiser to be precise... though I don't know what to call the 3 Zumwalts....
Can we bring back the aborted Destroyer-Cruiser classification???
Click to expand...

The idea of a command destroyer persists. The European navies had "flotilla leaders" that were very large (for their time) destroyers going into WW2, before 1975 the USN had "Frigates" which were classified as "DL "for Destroyer Leader. The Ticonderoga comes from that line, before the reclassification it would have been a DL and only gained its CG when the Navy realized it was too large of a step from existing DDGs to share their designation. Long way of saying the 055 exists in that same murky space where it's bigger and has more command facilities but isn't fundamentally different from the latter DDGs, so there's a case to be made either way.
S

Since nearly every country have their own classification system on how to call their ships, i dont think there is no real purpose in trying to Classify what Type-55 is. Just call it the way the origin country calls it. Even it is larger than CG-47 class and having similar firepower, Chinese call it destroyer..So be it.

Moose said:
The European navies had "flotilla leaders" that were very large (for their time) destroyers going into WW2, before 1975 the USN had "Frigates" which were classified as "DL "for Destroyer Leader.
Click to expand...

The British term for flotilla leaders was 'destroyer leader', however by WWII (and helped by growth in the size of destroyers to c2000t) we'd managed to shoehorn the leader functionality (Captain(D) and his staff and a couple of extra radios) into the basic design with a few tweaks. There was agonising over what to call the Tribals given their size and non-leader role, but the rest of the destroyer programme rapidly caught up with their size.

The French contre-torpilleurs were large destroyers without a leader role. They were eventually reclassified as light cruisers, but that seems to have been mostly a political measure as part of Franco-US interactions - easier to get the logistic support needed for a light cruiser. At c3000t they were right at the bottom of the cruiser weight band (only the UK's C class was close).

The US post WWII 'frigate' usage was always messy given everyone else used it for something fitting in under the destroyer weight band as a direct outgrowth of the UK WWII frigates.

The issues with the contre-torpilleurs and the US 'frigates' do show that you can need a consistent local classification just to avoid confusion, even if (or because!) the other guy calls their destroyers 'squadron mineships' (eskadrenny minonosets) or something similarly unique.
A

The VLS cells are YUGE. 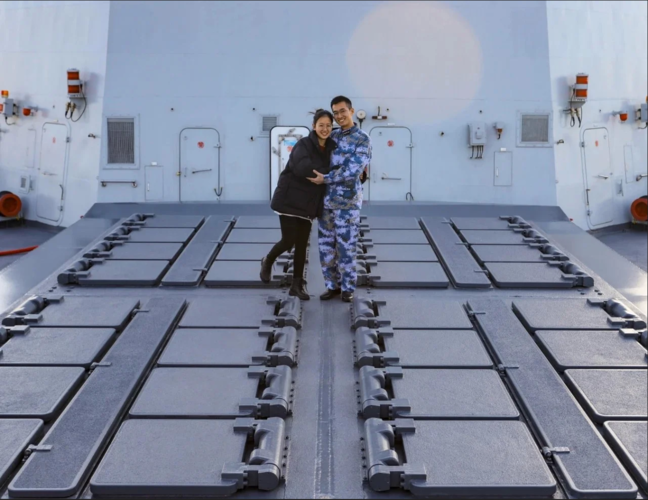 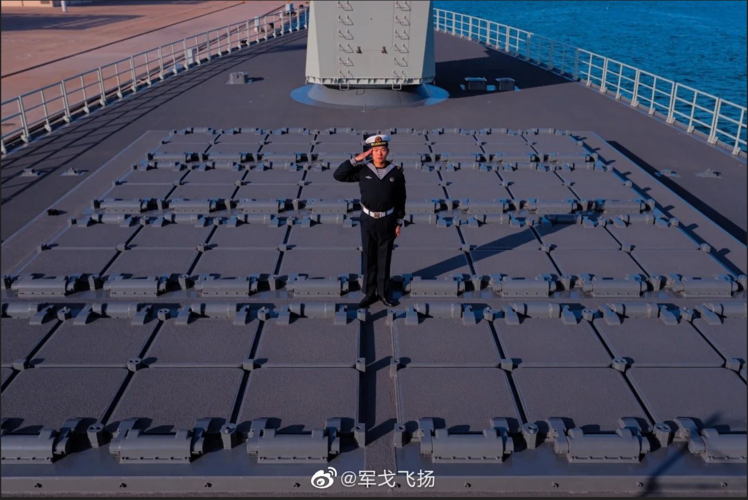 JohnR said:
What is the QC-280 Gas Turbine based on.
Click to expand...

According to Globalsecurity. It's based on Ukrainian DA80.

sferrin said:
The VLS cells are YUGE.
Click to expand...