Likewise, being in an aircraft and not being able to see outside is a waste. It has been a long time since I flew anywhere though (1995).

Desertfox said:
There is a simple solution to windows on the leading edge. Just get rid of them... and replace them with TV screens. Simplifies the structure and most people shut their windows down anyways.
Click to expand...

Not me. Whenever I went on holiday abroad I always wanted the window's open to look out even if there was nothing to lookout at over the Atlantic Ocean.
Click to expand...

This. Though I admit it would be cool if the plane had cameras around the exterior piped into an Occulus. (Like an F-35s display.)

I discovered this concept before from NASA report,and here is anther one but for future. 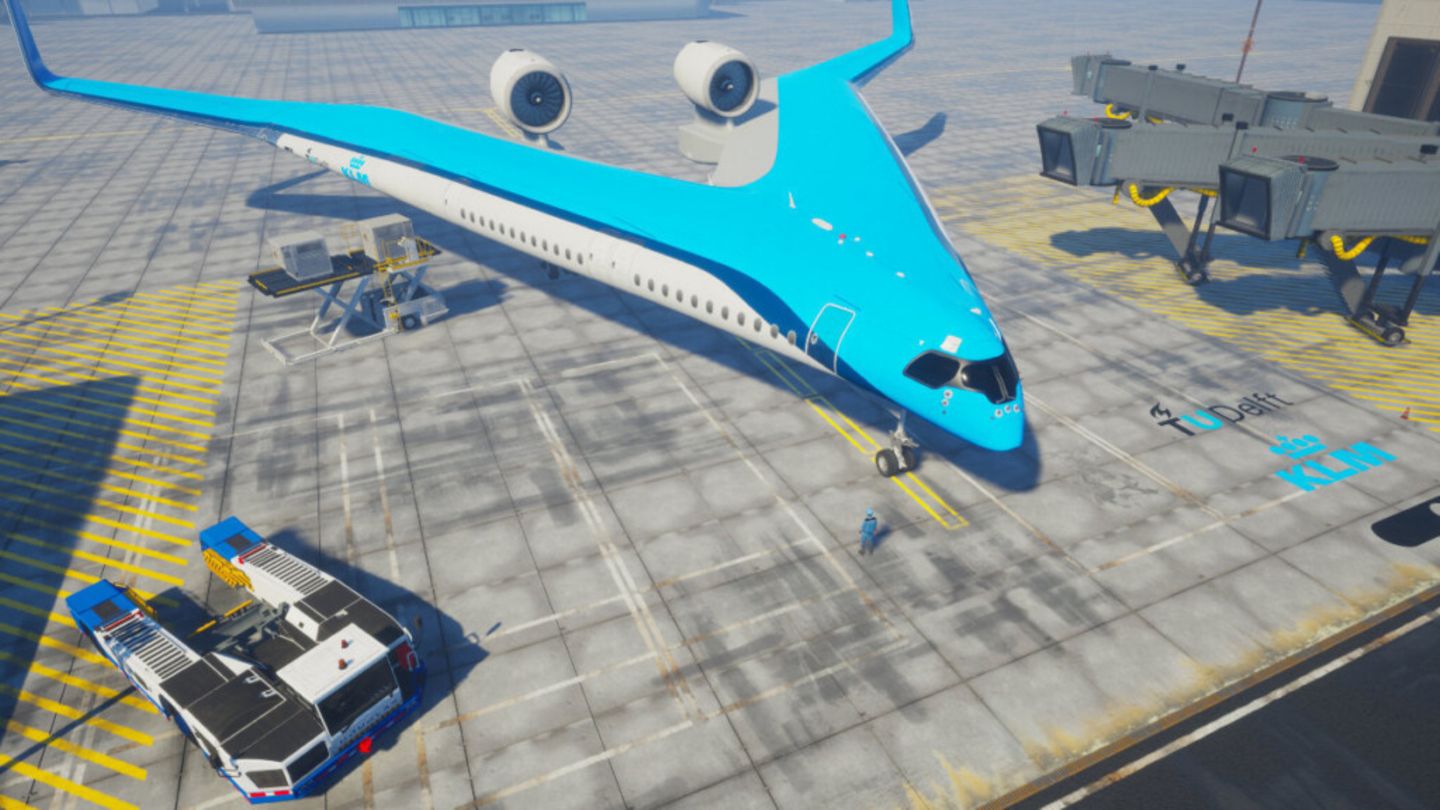 On practical grounds, what's effectively a two fuselage configuration is unlikely to be popular with the airlines, and potentially with the regulators. For airlines it introduces the not-inconsiderable problem of directing boarding passengers into the right set of seats, likely extending turn-around times, and you potentially need additional flight crews, galleys and toilets vs a conventional fuselage design of similar capacity. For regulators, the problem is going to be escape capacity, with all passengers aft of the divide into two wings only being able to escape from one side of the aircraft. And as one side of the aircraft is often infeasible for escape due to fire, that's a problem. The evacuation scenarios are almost certainly worse in every blocked exit case than for a conventional fuselage aircraft.

Zootycoon said:
With this arrangement, bird strike will be a show stopper;- a conventional cockpit window glass is about 40-50mm thick laminated glass and it together with the frame is very heavy but there’s only a few of them. Normal pax windows are only 6-8mm thick lightweight plexiglass but can’t be impacted by a bird. With a conventional wing the leading structure, a bird will penetrate the leading edge but loose sufficient energy that its remains won’t penetrate the forward spar which is the fuel tank boundary.

You brought up a very important issue, that I have never seen before when reading about any flying wing transport. Maybe the only solution is to replace the passenger windows by TV screens, to show the outside world. On the other hand, I think safety regulation demand windows to provide lighting in an emergency. On the other hand again, the sweep-back of the leading edge will reduce the impact of the bird and the structure & windows may not have to be so strong.
in any case - an important issue for designers.
J

Maybe flying wings of all configurations will only be good for cargo, but the will have to have exeptional performance to be developed only for cargo.

Foo Fighter said:
Likewise, being in an aircraft and not being able to see outside is a waste. It has been a long time since I flew anywhere though (1995).
Click to expand...

At most traffic lights in Vancouver, you will see at least one driver playing with his/her cell phone while waiting for the traffic light to change colour. Police get upset about that practice, but civilian drivers still find their cell phones more interesting than street traffic.
Hah!
Hah!
You must log in or register to reply here.
Share:
Facebook Twitter Reddit Pinterest Tumblr WhatsApp Email Link
Top