This pic is from AW&ST and is a model or artist concept of an early LCA design. The wing tip configuration got my attention especially since it did not appear on the production aircraft. Does anyone know what the intended function of this design would have been?

Basically that's just a version of a cranked arrow wing like those shown on supersonic airliners and the F-16XL. It makes a more efficient wing and has good high alpha roll control, but it also adds weight and complexity which adds cost. It may have been decided that for their LCA configuration and mission, it just didn't add enough, in terms of performance, to justify that planform when compared to the much simpler gothic wing of the current design.
E

Thanks sundog. I'm not an engineer so I had thought it might be something exotic. Something along the lines of Lockheed's ICE or Northrop's wing-end control concept. What you wrote makes good sense to me.

look to lower one.

And now the LCA naval Mk.2 is dead, the regular Mk. 2 became the MCA and there is already a project called Orca on the horizon! Not sure if this will materialize? 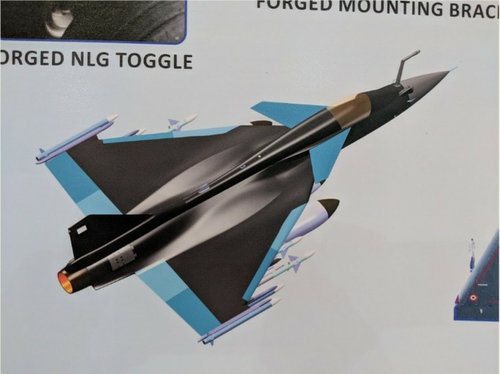 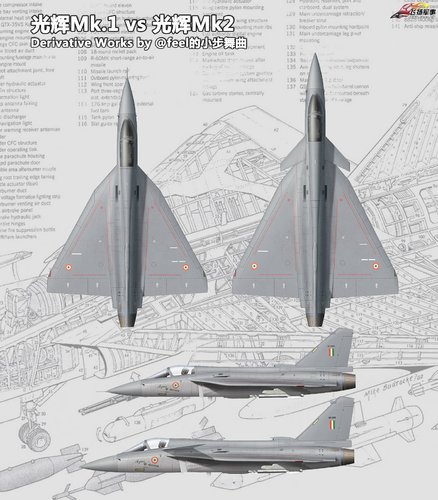 It looks like the Indians will finally be getting the "Gripen" three decades after it entered service. Of course, there's a new Gripen now. maybe they can build that one by 2050?