this Dornier flying boat project from the begin of the 1920 is a modification of the Gs.I, but I´ve no type number or specifications.

The tail is already very similar to the Do J "Wal", but the bow
is different from the later "Verkehrswal", the civil version of the
Do Wal. Of the Do Gs II only a mock-up was built, as construction
was prohibited by the allies (According to Gütschow "Die Deutschen
Glugboote"). I've found no photo of the civil Wal version, which match
this 3-view, so I think, Richard is right.
By the way, as we are speaking about the Dornier Wal, in the last Flieger
Revue extra, apart from Deinos fantastic article, there's another one about
the development and rise of the german airforce between the wars, saying
that the often read designation Do 15 for the Dornier Wal is wrong and was
never used by Dornier or the RLM .

The Wal all metal flying boat was a directed development of the Gs I of 1919 (which was broken up) and the uncompleted Gs II. The protoype flew on 6 November 1922. Because of the Allied ban on German construction of this class of aeroplane, production was undertaken by CMASA in Italy with the first aircraft completed in 1923. Wals were also produced by Piaggio and in Japan, the Netherlands and Spain and later in Germany.

Here is a beautiful 2009 document from Klassiker der Luftfahrt showing the main versions of the Dornier Wal in profile:

I really regret, that I didn't take my French lessons at school really seriously, but I think,
this text says something like "those designs were called "Flugschiffe" [Fs] (flying ships) at first,
later changed to the standard term "Riesenflugzeuge" [Rs] later". And this drawing actually bears
a striking resemblance to the Rs.I .
(drawing via http://www.airwar.ru/image/idop/flyboat/rs1/rs1-1.gif)

and those designations are new for me.

It's not only you, Jens: The text in French is really hard, with over-compounded sentences for "litterary" style. This guy would benefit from learning to complete one idea before starting the next.

The priority given to any plane that could be produced quick, initially deprived
of all financing the ambitious project of Dornier, which was regarded as utopist by
the bureaucrat experts still enamored with dirigibles.

Studies and development of FS-I (Flugschiff 1 or Flying boat), like those for
its follower the FS II were integrally financed by Zeppelin. However, when the
FS-II was adopted by the Navy in 1917, the 2 hydros became Rs-I and II,
Riesenseeflugzeug ie giant sea plane (naming system that we will adopt), it is
almost certain that the company was substantially compensated.

The Navy, in 1914, had compensated its refusal to order from Zeppelin the Rs-I
by an order for 2 traditional-construction VGO giant bombers. The Navy only took
delivery of one, the RML 1, on which Klein killed himself on 10-03-1917. He had
survived by only 2 days his old and famous associate the Graf Zeppelin.
Click to expand...

Thanks dan !
Must admit, that I not even recognised that text as being more difficult, than usual.
But good to know, that I got this point right. If only my old French teacher would know !

About the point "... were integrally financed by Zeppelin." : At this time "Dornier" aircraft
actually still were Zeppelin products, built by the "Zeppelin Werk Lindau " (Zeppelin plant Lindau),
which in 1917 became a society on its own (Zeppelin Werk Lindau GmbH (ZWL)), but still owned
by the parent company Zeppelin. Claude Dornier only was chief executive then, he became "owner",
or better shareholder in 1922.

Hi! Dornier Rs.Ⅰ
Patrol flying boat in 1915, destroyed by the storm in trial run test period. Only one built. 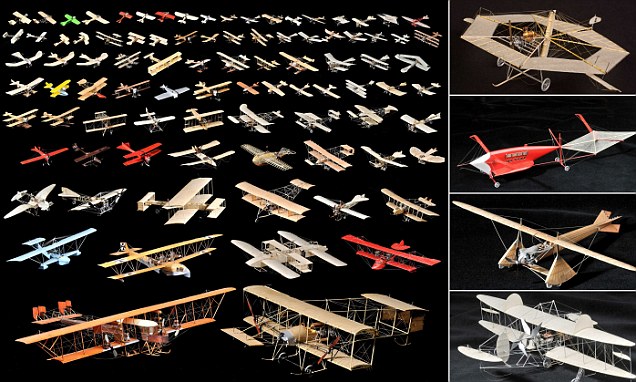 The stunning aircraft were built over a 50-year period by an anonymous and 'reclusive' elderly man who is now selling them through a Gloucestershire auction house. 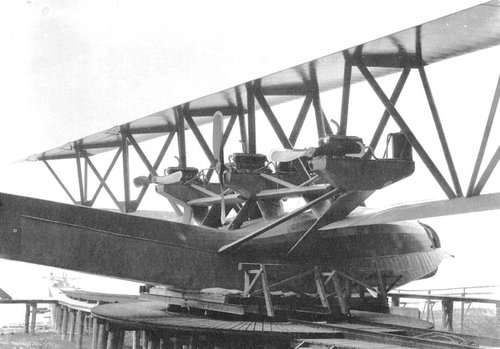 Well known aircraft,what's new ?,we want a little known Prototypes or a Projects. 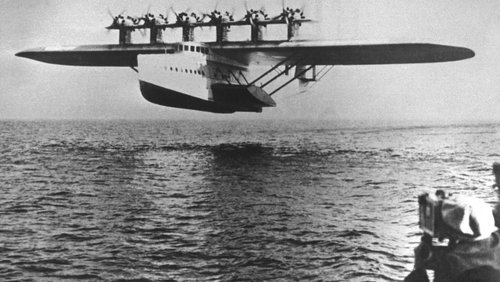 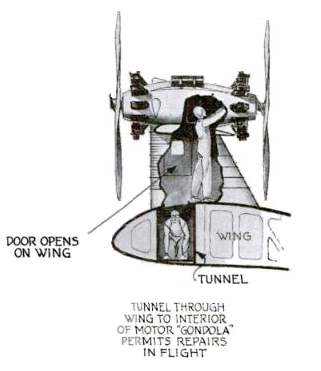 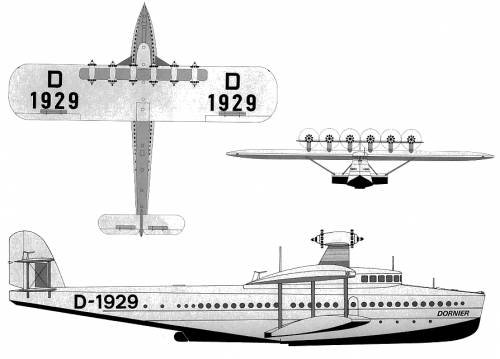 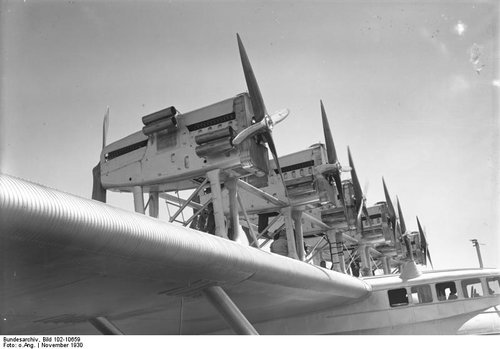 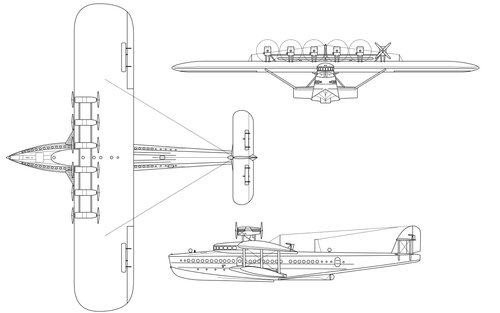 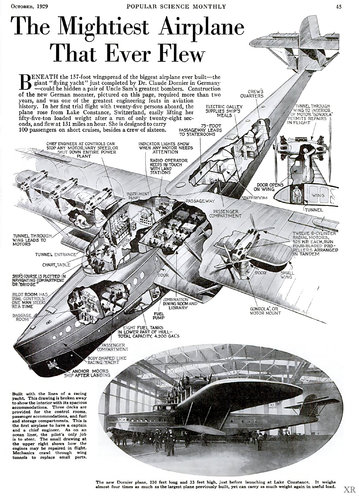 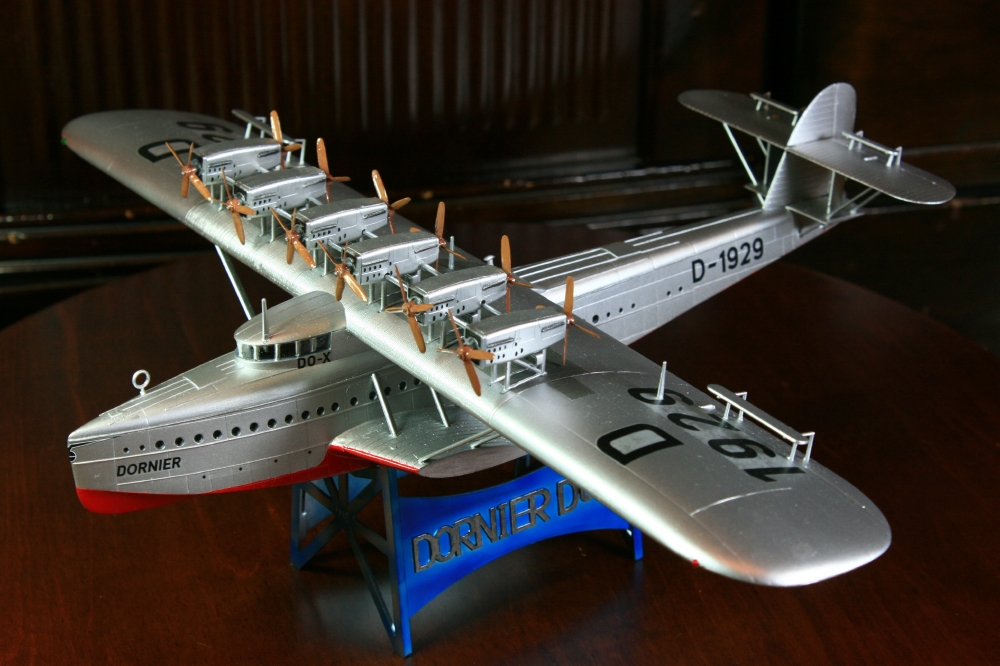 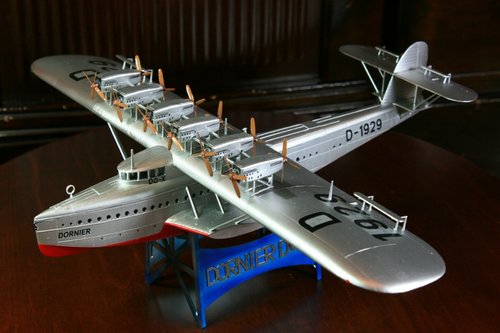 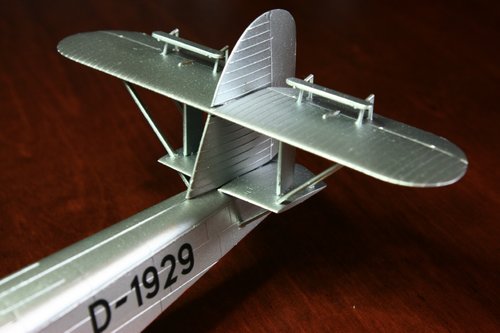 Hi! Rs.Ⅱill fated patrol flying boat early and final form. Only one made. 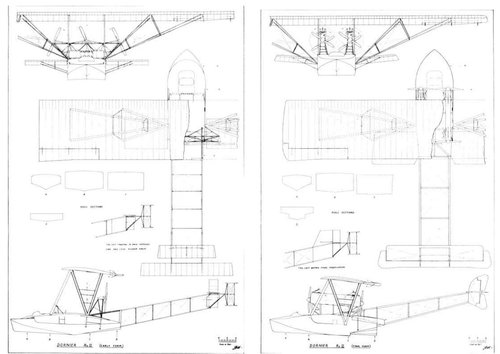 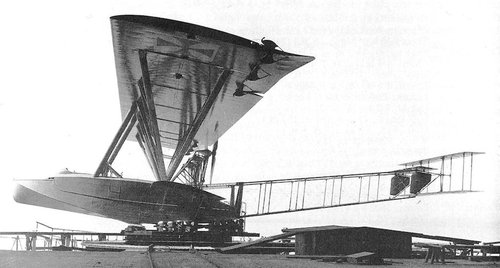 The Zeppelin-Lindau Rs.III (Dornier Rs.III) was a large four-engined monoplane patrol flying boat designed by Claudius Dornier and built during 1917 on the German side of Lake Constance at the Zeppelin-Lindau works.

The Rs.III differed in appearance from its predecessors, it was the result of the experience gained from building and flying the Rs.I and Rs.II.
Constructed of steel longerons riveted to Duralumin frames and covered with Duralumin sheet over the forward portion and fabric aft it supported the tail unit which consisted of a biplane tail cellule with elevators and a large central rudder, initially with a long central fin, but later with two smaller fixed fins in the tail cellule. At approximately the mid-wing chord position the fuselage had a cockpit with provision for two machine guns and also housed a sound-proof wireless cabin in the nose.

Flight testing of the Rs.III carried from November 1917, at the Lake Constance factory, with good results. Flying characteristics were generally good, the aircraft proving easy to fly, taxi on water, and capable of taking off in moderate seas. With only minor modifications, the Rs.III was ready for its delivery flight by the end of January 1918.

Operational testing at Norderney cleared the giant Rs.III for service with the Imperial German Navy on 13 June 1918 and it was turned over to the SYK on 27 August 1918 for further Navy tests. After the Armistice the Rs.III was not destroyed immediately but continued flying with the German Navy Air Service on mine clearing duties until the Allied Control Commission finally ordered its scrapping in July 1921.

The Rs.III had proved easy to fly (but with some minor quirks), easy to manoeuvre on the water and durable, due to its metal construction.