Here's a direct link to the Proposers Day announcement. Includes the basics:

Program Objective and description:
The objective of the Glide Breaker program is to further the capability of the United States to defend against supersonic and the entire class of hypersonic threats. Of particular interest are component technologies that radically reduce risk for development and integration of an operational, hard-kill system. A key figure of merit is deterrence: the ability to create large uncertainty for the adversary’s projected probability of mission success and effective raid size.
Click to expand...


Hmm let's see if we could find something handy, and practical…

Maybe something inspired by post-Soviet-era Planeta / Doverie projects (then led by Rimili Avramenko), AND using advanced directed energy techniques. Such as but not limited to, an HP laser creating an optical discharge, used as a "seed", grown and expanded by focussed HP microwaves… The trick would NOT consist in frying out the incoming hypersonic BG but to be able to heat a volumetric air pocket within the upper atmosphere, crossing the vehicle trajectory, to alter its aerodynamics. A short-range, then classified, series of experiment was organized in Russia (in Vladimir, in around 1993-1995 ???) with some degree of success. The principle is described here:

However, this familly of "plasma weapon" does not involve combined discharges.

YOu don't have to create a hole of air in the expected path of the target, near body boundary layer could be way more easily apperiodically affected.

It's then all about (near) light Vs signal speed

Grey Havoc said:
According to this citation the relevant part of the GLIPAR Phase I studies involved "RF Coupling to the atmosphere as an AICBM weapon, Types of AICBM devices, Scan of electromagnetic spectrum, Linear coupling of electromagnetic, Radiation to an ionized gas, Missile heat transfer, Evaluation of electromagnetic, Coupling frequencies, Verdict; Implications and conclusions". No hard information seems to be currently available on later related studies. However according to an old ARPA history document, a key driver of the radiation based and other ABM studies under GLIPAR was to provide a relatively low cost weapon that would cost "no more to use against an ICBM than it cost the enemy to launch the ICBM against us".
Click to expand...

Nice quote, Greay Havoc. Here is a little more. This story is indeed fascinating and intertwined with the early history of lasers, ARPA, DOE at a time when superbright people had high expectations while understimating the engineering difficulties likely scalable great ideas. Thus pooring lots of hope and money. Some argued lasers would be fielded in the future, as weapons systems with the capacity to destroy incoming RVs. This was the time when the father of the US ballistic missile reentry vehicle, Arthur Kantrowitz, suggested that a very high-powered MW radiation could destroy any such incoming RVs. What was then known as "ARPA" set up a special, dedicated committee called the "Radiation Weapons Analysis Study Group" whose president was non other than the dean of Columbia's university school of electrical engineering. This Study Group cast a look at this MW and other speculative ideas.


The reference mostly associated to the MW ABM weapon theoretical study is :


I am not sure it is declassified but it likely is given it is more than 50 year-old now. I have seen it mentionned twice. Once in a generic study on laser history, the other listed as reference 6 page 16 of the following (unclassified) AERL Report :
http://www.dtic.mil/dtic/tr/fulltext/u2/407346.pdf

It amazes me that loon and his people are still around, and these days are cheerleaders for you know who.

That's a far cry short of Sprint. It's not even HiBEX.
D

It is a graduate student design competition.

DrRansom said:
It is a graduate student design competition.
Click to expand...

The bottom one is. GlideBreaker is something else. (Still wonder if they're looking at THAAD-ER for the role but it seems to have disappeared.)

Lockheed likely is, but DARPA will issue a BAA soon and will be soliciting proposals for investments and demonstrations. I'm sure Lockheed will respond with whatever it has been working on.

The AIAA paper and research was an academic exercise to model something given a set of requirements. It isn't a weapon, but definitely worth a look given they were working within a set of constraints and requirements to mitigate a defined threat.

Though details on Glide Breaker are classified, it would likely be part of a layered system integrated into the existing missile defense network using new satellites and weapons to detect and destroy hypersonic missiles. The Missile Defense Agency also has its own program developing layered sensors for the purpose, including constellations of lower-orbit satellites.
Click to expand...

Interesting part about new sats that can detect, track and offer firing solutions all from space. 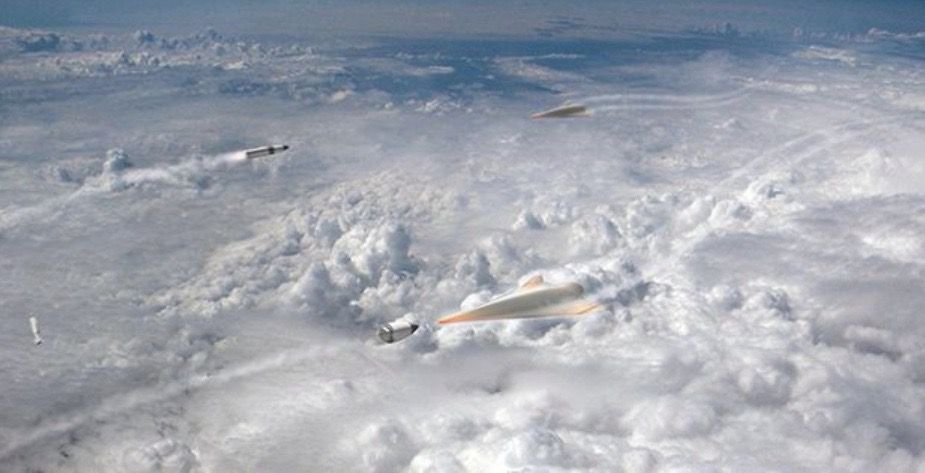 Aerojet Rocketdyne just got a contract to develop "enabling technologies" for Glide Breaker.

DARPA is seeking innovative proposals to conduct wind tunnel and flight testing of jet interaction effects for Phase 2 of the Glide Breaker program. The overall goal of Glide Breaker is to advance the United States’ ability to counter emerging hypersonic threats. Phase 1 of the program focused on developing and demonstrating a divert and attitude control system (DACS) that enables a kill vehicle to intercept hypersonic weapon threats during their glide phase.

Phase 2 will focus on quantifying aerodynamic jet interaction effects that result from DACS plumes and hypersonic air flows around an interceptor kill vehicle. The Glide Breaker Phase 2 Broad Agency Announcement (BAA) can be found at this link.