Please see attached some pics from:

And one speculative drawing by myself
SOURCE GRADING 2

Is that a real design or not?
J

pometablava said:
Is that a real design or not?
Click to expand...

Thanks a lot Justo

The Atlas station was Kraft Ehricke response to Sputnik
a modified Atlas is launch forming the Station in orbit
place for 4 men, they arrive with 2 Atlas/Centaur Lifeboat
Atlas booster - Centaur stage (original design had 4 engine) and stage 3 in form of Lifeboat

the "Lifeboat" come back in 1961
Kraft Ehricke for a proposal for manned Moonlanding
Atlas Booster bring the parts into orbit, Assembly and launch
the lander has 6 fueltanks an on top the "Lifeboat"

here some picture from my data collection

Anybody got an interior schematic of the return capsule - wondering how they get any forward vision? Periscope perhaps?

The Hawk model kit really seemed to mangle the design. It's too stubby and angular. The Convair artwork shows that the upper surface of the lifeboat is curved, and its span is only slightly greater than the diameter of the Atlas... and it should be *longer*.

This design was slightly modified by Jack Kirby and Wally Wood for their "Sky Masters of the Space Force" comic strip; the three rockets were code-named Winken, Blinken, and Nod, and the re-entry vehicles were of a different design, but it was the same basic Atlas station. That strip had a peculiar attitude to what might be called "technical continuity"; that story line followed on from the "origin story" in which the first man in space, Colonel Martin, had flown a sip which was a sort of cross between a von Braun canard ferry rocket and a real rocket of that era (late 1950s). Major Schuyler "Sky" Masters had to fly the second such ship into orbit to rescue him when he succumbed to the "Raptures of Space". The landing was by "wings and wheels", so one wonders why they were using expendable, Atlas technology...the Atlas station, or "Space House", was used as the construction shack for the building of a von Braun "wheel" space station. In several later stories, capsules were used, including an arc in which Masters flew a Mercury capsule into orbit, nearly getting drowned because the parachute and floatation bag were too small - which ought to have been enough to make the Space Force go back to "wings and wheels"!
Grif

Since I'm not a space project geek, I hope, this is the right topic. 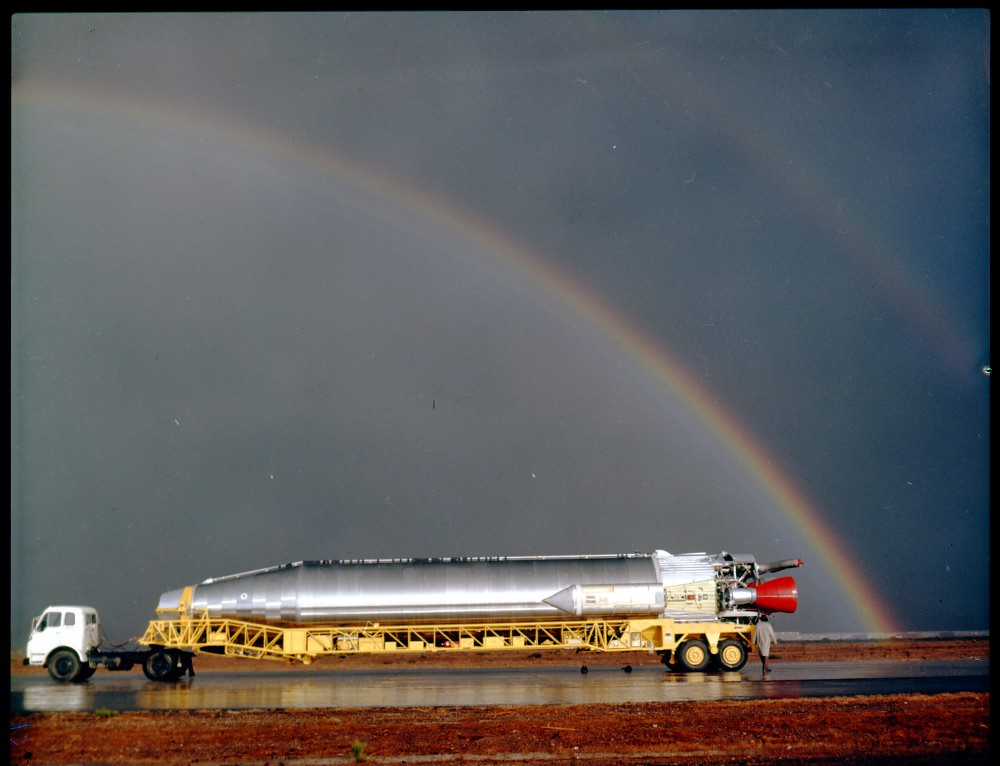 Images from the Convair/General Dynamics Astronautics Atlas Negative Collection. The processing, cataloging and digitization of these images has been made possible by a generous National Historical Publications and Records grant from the National Archives and Records Administration---Please Tag...

Two pictures attached as an appetizer.

Convair linear shows a long thin vehicle, but renderings and models depict something more akin to the Hawk model kit. I've yet to see a photo of the (Hawk kit origin) "Outpost I" with space boats, but suspect those would be of the latter shape as well. Anyone have an idea which configuration should be considered canonical?
V

My card model of Lifboat avaliable here: http://www.fiddlersgreen.net/models/aircraft/Space-Lifeboat.html
Thanks to Justo Miranda for his research and drowings of this "dorito"
V

Am illustration of the Convair Outpost Lifeboat as part of a Moon landing configuration posted today by the San Diego Air & Space Museum (SDASM) at their Flickr site:
http://www.flickr.com/photos/sdasmarchives/22548678327/
Caption: Image of Lunar Exploration; Vehicles on Moon Date: 06/06/1961 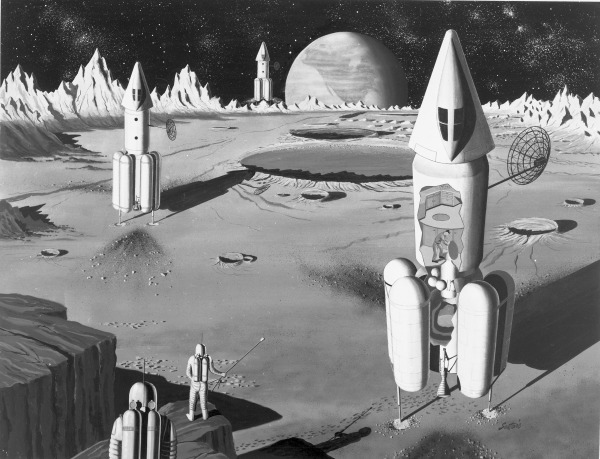 More shots of the Lifeboat attached to the Atlas Outpost manned spacestation.

The cockpit interior. I was wondering whether it was or not and then I noticed one of the instrument displays.
Downloaded a while back on the San Diego Flickr stream.