the CKD-Praga (Českomoravská-Kolben-Daněk Prague) was a Czechoslovakian aircraft manufacturer. The company was
founded in 1915 as an engine manufacturing company, under the designation Praga. The company started designing
aircraft in 1930–31 when the designers Pavel Benes and Miroslav Hajn came to ČKD-Praga from Avia.

I will start will BH-36,of course the first aircraft was BH-39,but to be regular.

I complete the full list,any additions or corrections are welcome.

One caveat: It is important to recognize that the 'E' sequence begins as purely military designations applied by the Ministerstvo národní obrany (MNO).

Initially, Praga used designer initials to designate its aircraft concepts. For example, the MNO's Praga E.39 was ČKD's Praga BH-39 (after Pavel Beneš and Miroslav Hajn, obviously). The differences result from manufacturer and customer having separate designation styles (while retaining the same type number). Thus, where both 'E' and 'BH' designations appear, they are one and the same - the different prefixes do not indicate distinct sub-types.

Only after Jaroslav Šlechta takes over as Praga's chief designer do the 'E' designations also become the factory style.

A few notes (trying to tbe thorough not nit-picky)...

BH-39: Praga's trainer, designated E-39 by the military. However, only some were NZ 120-powered. Other had a Walter Gamma, Walter-built Gnome-Rhône Mars (14M), or Armstrong-Siddeley Genet Major.

To add to the confusion, the BH-41 was initially assigned the MNO designation E-1. Only later was the military designation changed to E-41 to match the Praga type number.

E-45 : The E-45 was actually powered by a 670 hp Kestrel XVI. And it was in no way "based on Avia B-534". It was a completely original Jaroslav Šlechta design intended to complete with the Avia fighter.

E-215: More specifically, a project for a E-214 development with a welded steel-tube fuselage.

BH-241: Not an unbuilt project - 95 were built for the československé letectvo.

Many thanks my dear Apophenia, 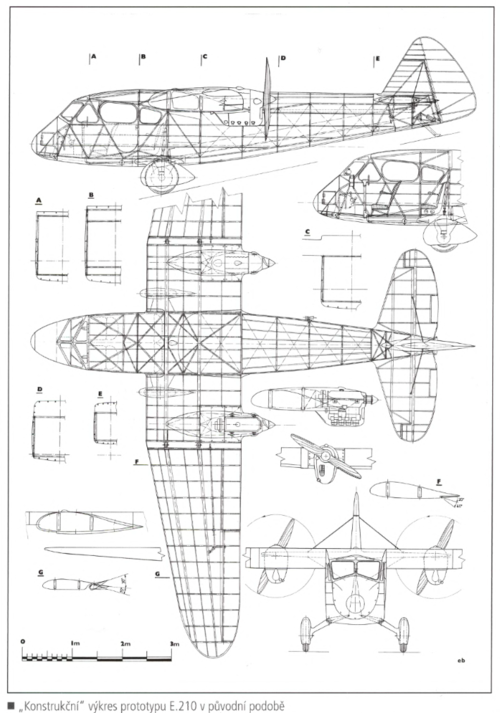 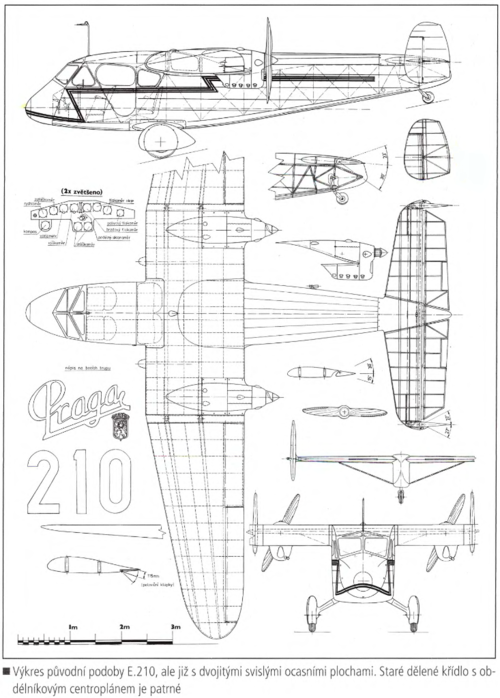