raravia said:
an aircraft of a designer whose name is F. Capra, to be honest, until yesterday i didn´t know this company existed. But it seems he offered some designs to the french government before the war, but they never bought them, later Capra emigrated to USA where he worked for Lockheed.
The Capra R-90, a very interesting twin hull hydroplane transport of 1938 or 39.
Click to expand...

How in *the* *hell* is it supposed to take off? The props would hit the water.

Perhaps that´s why the french government never bought the project.

Paul, let´s wait for new clues about those birds. Maybe our friend Antonio (Pometlava) has something to say about it.

CAPRA was the former name of MATRA, which is now a famous AAM maker (R-530, Super 530, MICA, Magic). The society changed its name some month before WWII. Last project was the R-130, an incredible machine (no scanner here sadly but I can describe it)
Concerning the R-90, it was a very complicated design and clearly the propellers stopped before water landing.
A

Here's a small mock-up of the R-130...
This project was to reach mach.2 in 1949!
For take off, two big, straight wings were extended. when mach 0.7 was reach, a kind of "tube" around the main body of the plane was turned at 90°, the big wings now vertical were switch off, and the aircraft flew at supersonic speed! A ramjet permitted the aceleration to mach2... for only 6mn!!!

It is a great beginning to research.

Like i said before, i didn´t knew nothing about the Capra company until a few days ago.

I think the R-90 it´s a very interesting plane, because his twin hull fuselages, and two engines. For me it´s daring to think try to landing on the sea with the engines stopped, specially if the sea is rough.

very ambitious project, where i could find more info about it?

I found in the same forum another Capra model the R-46, a fighter trainer design.Pretty conventional, but interesting too.

after I sereach ,I find that Capra/Matra aircraft and projects as I know are:

At least the Matra R.130 was shown, somewhere here in this forum, I think...
It's the weird design with swing wings, which become fins after a rotation of
90 degrees of the fuselage, except the cockpit section
A

Yes sir!!! I posted some photos and datas about it recently...

The CAPRA/Matra R.40 was twin engined fighter project,
if someone has any details,it is great.
L

The design started life as a single seater.Later it evolved into a 2-seater

Mock up and all documentation destroyed because of the invasion in June 1940.

I search for a biography of the french aircraft-firm C.A.P.R.A. I know only the project R.46, anybody have more info about this company and his aircraft?

I need some info´s of the french company M.A.T.R.A. I know some unmanned rockets after WWII, but only the pics on Thope´s webside (Twin boom aircraft). Please help with a company history and his aircraft projects.

One example, already shown by Tophe, here as a 3-view, the
R-74 light aircraft:
(from Le Fana)

I must see in my files, but i cannot bring photos here because of my bad web-connexion...

Matra - Mechanique-Aviation-Traction - was formed in 1942 from the CAPRA Group as an aeronautical research firm and consultancy. Though it did not design and develop whole planes, it built prototype and experimental aircraft to order for clients (as well as missiles) and studied concepts such as aerodynamics and high-performance composite plastics. With a view to applying this knowledge to the automotive sector, Matra bought Rene Bonnet's sports car firm in 1964. Bonnet had been making racers with a partner, Charles Deutsch, under the DB name, and both men were friends of CAPRA founder Marcel Chassaugny, who had provided funding for DB before
Click to expand...

Marcel Chassagny was born in Paris on 4 October 1903. At the age of 20, he graduated from the business school École des Hautes Études Commerciales. In 1937 he founded the company CAPRA (Compagnie Anonyme de Productions Aéronautiques) which supplied the French aircraft and automobile industry.

After the end of the Second World War, he founded Matra (Mécanique Aviation Traction) in Paris. The company designed and built the prototype for a twin-engine, twin-fuselage combat aircraft. With a speed of 800 km/h, it was to become the fastest propeller aircraft in the world. A year later, his company received a contract from the French Ministry of Aviation to develop airborne weapons and by 1950 the first tactical missile, the M 04 No. 1, had already flown.

In the nineteen-fifties, Chassagny developed his activities in the rocket and guided missile sector. In 1961, his company moved into the field of space technology and built the first French experimental satellite, the A 1. From this point onwards, Matra advanced to become one of the leading European companies in the area of satellite and missile technology. The company was also a household name in automobile construction and transport technology.
Click to expand...

FANA DE L'AVIATION (Jacques Moulin) (i have only 4 pages. The last page lacks. I don't know the month or year of the article, but it's not too old) :

Roger Aimé Robert (born in 1899) worked from 1928 for the Société des Avions Bernard (SAB). He worked in the race office on the Oiseau Canari (It flew through the Atlantic Ocean), the floatplanes HV 220 an HV 320 (the two never flew) and the V4 (never flown too). The SAB made bankruptcy. Robert worked then for the japanese Nakajima company, probably to build the Ki-12.
Marcel Chassagny was chosen to manage the bankruptcy of the SAB company. He decided to create the new Compagnie Anonyme de Productions et Réalisations Aéronautiques (CAPRA). Robert worked for CAPRA.
At first CAPRA worked for others company. The biggest work was to build fuselages for the LeO 45 bombers.

In 1938 CAPRA decided to build a race plane for the Deutsch de la Meurthe cup, the RR or S20. The prototype was finished in july 1939 but it never got the engine for the cup (it was the same 400 hp Bearn 12 A engine for all the competitors but it failed to be built). Because of the war, the project was abandoned.

In 1938 the french air ministry ordered a study for a heavy fighter to CAPRA. With the end of the RR the work about the heavy fighter began. It was the CAPRA R 40 with two 800 hp Hispano-Suiza 12 Y 50 or 51 engines. The prototype was ordered the 7th of february 1940. At first the project was a one seat, but became a two seats (with a rear 20 mm machine gun). A 1/1 model was finished but destroyed when France collapsed.

The first page shows the MATRA R-100 project. It was a twin boom plane with one (or two ?) central rear contra propeller engine(s).
L

For the record...
Le Fana de l'Aviation N° 402 - May 2003 : Matra avant the missiles.(Matra before the missiles)
article by Jacques Moullin -14 pages of absorbing reading....

( C.A.P.R.A.) Compagnie Anonyme de Productions Aéronautique.
You will find a drawing on Air Pictorial March 1970 of the R.46 pag 99.
It was a single-seat fighter trainer , constructed entirely of metal.
Speed : 539 km/u , with a retracted undercarriage , but was never built.

By the way ,CAPRA was created in 1938 on the ex BERNARD factories,with Bernard 's designers ,and became after the war the famous MATRA .
J

Egad, taxi-ing that one would be quite a trial with the restricted ground visibility the pilot had. It *might* work for a racing plane but definitely not for a fighter.

Interesting, that the R.46 is called a fighter trainer here, not a real fighter, as in other
publications. But it seems a bit strange to me, to turn a high-performance racer, probably
not with the easiest handling characteristics, into a trainer for novice pilots ! If they can
handle this one, they can handle everything else, too ? :-\
C

Interesting. What is the source of these scans?

About the RR, it was also called S.20. The R letter in the CAPRA projects is for the designer Roger Robert, and RR surely corresponds to the man's initials.

There is a very good article by Jean Moulin in Le Fana no.402, on all CAPRA aircraft. The author makes no mention of a second aircraft, and the text seems to imply that the construction of the prototype was well advanced, but never completed (notably the engine was never ready). Therefore I have doubts about the info in the second scan: "the 01 was finished and ready to fly by September 1939 and the 02 was unfinished".

There are small scale drawings of the RR in this article of Le Fana, and in Le Trait d'Union no.205. I would guess all the drawings are based on the same original document.

I have some difficulty with minor details in the drawing that was posted. The Béarn 12A engine has twelve cylinders vertically opposed in two rows, and I would expect exhaust pipes at the top and bottom, not on the sides. Also, the powerplant is air-cooled and I would expect larger air intakes above and below the spinner, to cool both rows of cylinders. However the same weird details (exhaust pipes on the side and small air intakes under the nose) appear on the drawing in by Jacques Moulin in Le Fana, so they may be present in the original document as well ???

For the R.46, Jacques Moulin mentions both the light fighter and the fighter trainer programs. He says that the project was also called R.30 or R.300. (My own speculative guess is that R.30/300 and R.46 were separate names for the armed and unarmed versions.) The same author says that the Béarn 6C engine was slanted by 45 degrees for better forward visibility. This powerplant was a straight-6 and was surely air-cooled too, so I would expect a completely different cowling.

No pictures, except the portrait of Robert.

It was actually built ,but never flown.

From Le Fana d'Aviation another 3-view of the RR 20 and a rendering
of the R 40:

The R.90 was a kind of Twin R.80, taking off from a catapult and coming back in the water as a glider, due to diameter of propellers that would hurt the water, so locked horizontal for water contact.
Source of picture: my free books at http://cmeunier.chez-alice.fr/Free_EoFG_MV.htm

Aerophile's blog update - a lot of text and pictures of certain Matra/CARPA designs:

A preliminary patent (1937) of Roger Robert is the FR829802
http://v3.espacenet.com/publicationDetails/originalDocument?CC=FR&NR=829802

Tophe said:
The R.90 was a kind of Twin R.80, taking off from a catapult and coming back in the water as a glider, due to diameter of propellers that would hurt the water, so locked horizontal for water contact.
Source of picture: my free books at http://cmeunier.chez-alice.fr/Free_EoFG_MV.htm
Click to expand...

Yes, this was a mail aircraft for Portugal which was a neutral country and preferred the R.80 (than the 90) then cancelled all order at the end of 1942 (source: Fana de l'Aviation 402, Trait d'Union 71).


here is the CAPRA R-40 drawing and its mock-up,from TU 70 magazine. 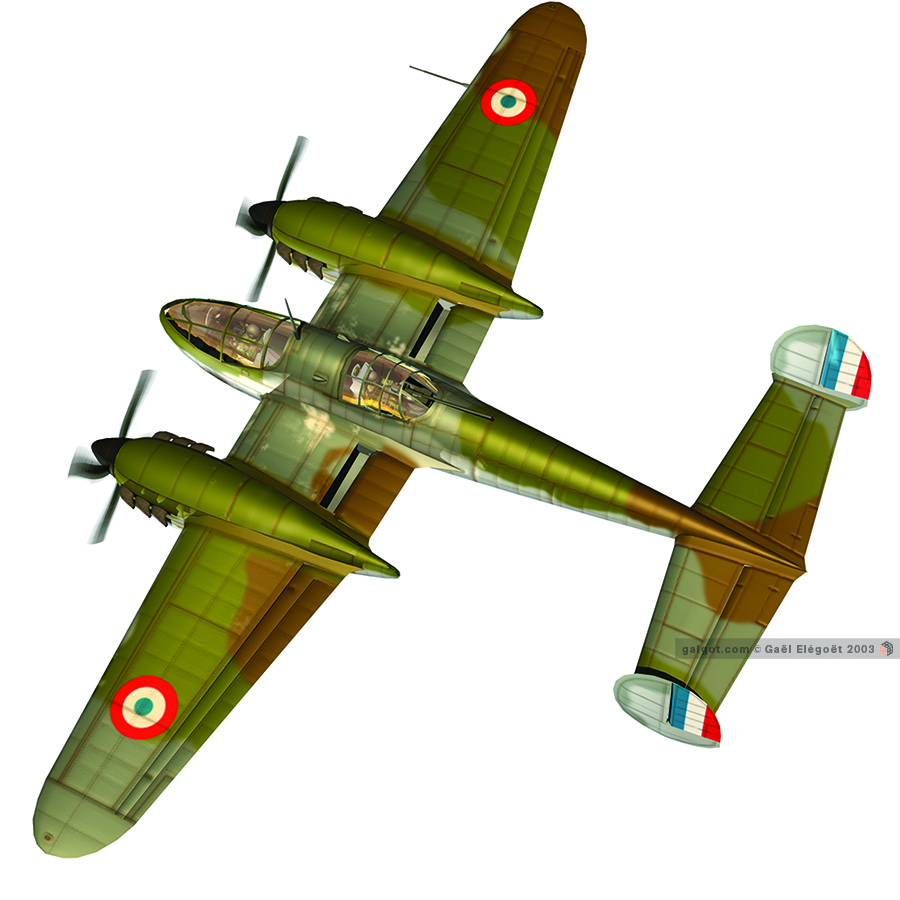 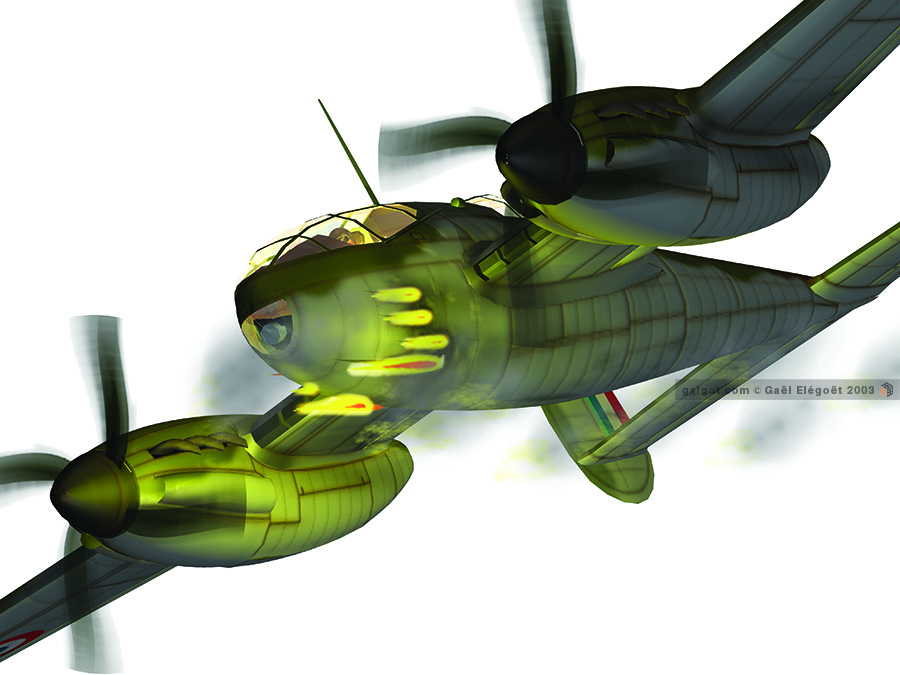 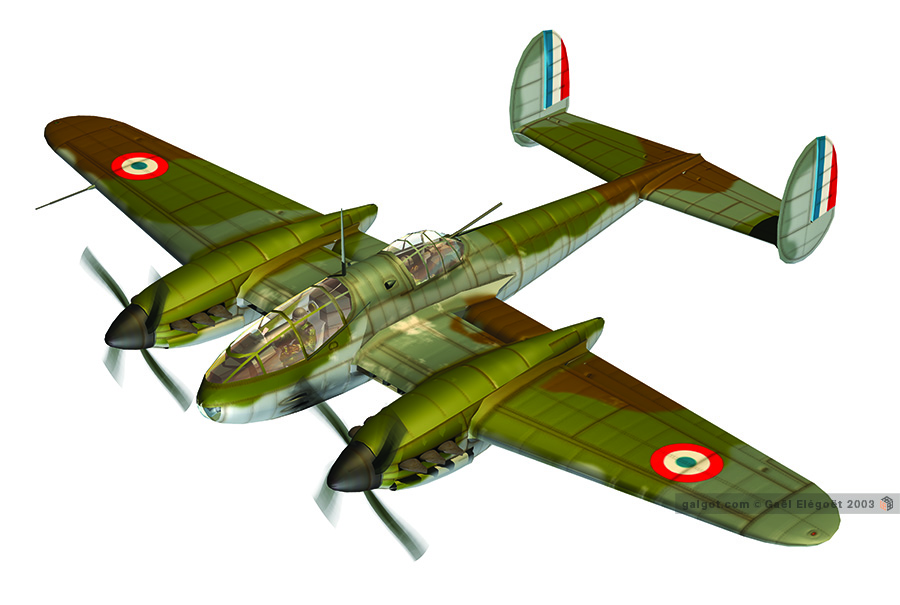