Aviation,Imagination of the Future from the Past

Don't know, if it's the same site, but I found one, which has collected a lot of those
weird big thingsfrom pre-1945 Germany, including the "Antes Flugschiff". Looking into
his biography, I couldn't find signs, that he was a typical "Nazi artist", doing exactly the
kind of things, that were especially liked by the nomenclatural. Of course, as he was working
in Germany all through the years of the national socialist regime, he certainly wasn't an
avowing opponent.
His design in some way he reminds me on those from Luigi Colani, maybe here, too, it was
more art, than technical design and in the part of the patent we have seen here, nothing
is said about its advantages, or if it ever really was intended to lead to such a large aircraft.
At least, an interesting design and I'm still thinking what it should be called. A ring wing ?
Or is it a twin boom aircraft ? Tophe, what do you think ?
T

It is one of the limit cases you could classify in or out. Like the Willoughby Delta.
http://en.wikipedia.org/wiki/Willoughby_Delta_8

Dear Hesham, here is an advertisement in French extolling the virtues of Bendix Computing-Devices for future VSTOL aircraft navigation needs......

The advertisement comes from the 15th September 1963 issue of Aviation Magazine......

The advertisement comes from the 15th September 1963 issue of Aviation Magazine......

Very interesting my dear Caravellarella,thank you.

The air defence units wouldn't have to scramble to shoot it down, they could just put it on their to-do list.

A couple space program futures from the past. This seems to be the place for them.

Thanks Mark for bringing these to my attention.

Just call me Ray said:
The third one looks like it could've been stolen from the storyboards from some upcoming "twenty minutes into the future" sci-fi movie.
Click to expand...

I agree, though I've always preferred the term "the day after tomorrow" myself

I'm kinda partial to this one!

XP67_Moonbat said:
The image isn't as clear as I remember it though.
Click to expand...

There are much better quality versions of that image out there.

XP67_Moonbat said:
I'd been looking for this picture for a while now. I remember it in a book I had as a kid, called SHUTTLE 2. I still remember building it in Legos, too. But here you go. The image isn't as clear as I remember it though. If anyone can find a better version, by all means

I sent this before my dear XP67_Moonbat;

XP67_Moonbat said:
I'd been looking for this picture for a while now. I remember it in a book I had as a kid, called SHUTTLE 2. I still remember building it in Legos, too. But here you go. The image isn't as clear as I remember it though. If anyone can find a better version, by all means

I sent this before my dear XP67_Moonbat;

And the source is here;

Along a similar line as the Feb 47 article.
http://2.bp.blogspot.com/_ffZts3mhvEM/TTCWJ4BYTyI/AAAAAAAABJ8/sgVY3s7eTwk/s1600/jettransport.jpg

Likely another variant of the Werner Von Braun design seen below:

I found that last one while trying to find a higher quality version moon shuttle from the 1947 article. Haven't given up yet.

Anybody have an idea what this is?

Likely another variant of the Werner Von Braun design seen below:
Click to expand...

As the link sez:

A design proposal for a scaled-down, piloted three-stage space ship.


From the book "Worlds in Space"
by Martin Caidin
illustration by Fred L. Wolff
Click to expand...


I think we now know the answer to the last Modern Mechanix cover question: our today's sky snipers are UAVs.

Here's my old Triebflügeljäger artwork from 10(!!!) years ago, which of course fits nicely with the topic of crazy futuristic airplane designs from the past: 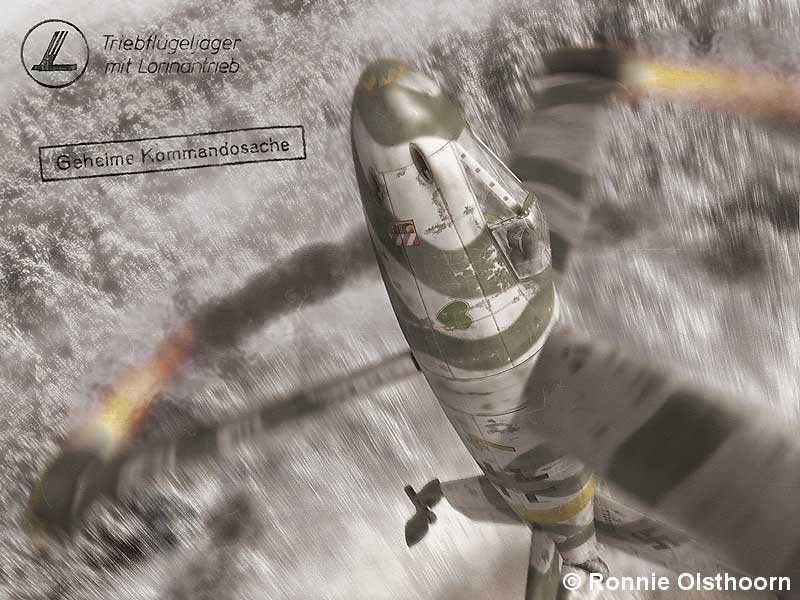 I should really do some new Luft'46 stuff one day... it's been awhile!


with Japanese GEN H-4 article,there is two artist drawings for personal helicopter,
it was imagination for the future.

It probably were the colours of the second picture, that reminded me of the 1979
movie "Apocalypse Now". Tried to imagine the famous scene shown below (from
http://gamerlimit.com/2009/05/joseph-conrad-apocalypse-now-and-homefront-meet-thq/)
with those helicopters .... :

XP67_Moonbat said:
Anybody have an idea what this is? 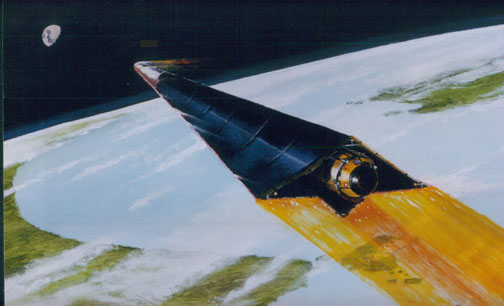 We've been finding some interesting things among the latest acquisitions at the museum. These are from the Mechanix Illustrated 1951 Aviation Yearbook.

Sent in two batches of five.
Thanks Mark for scanning these for me.

Absolutely awesome through and through. Frank Tinsley was a genius illustrator, if nothing else! Thank you so much for sharing, The Artist.

Really a beautiful concepts,thank you Artist.

Funny today to see the expectations for the future: Everybody to have a helicopter in the garage,
instead of a car ..
And funny how the ancestry of that submarine can even be found in the number on the conning tower.
The N° 14 could be read as "I 4", as there's not enough room for "I 400" !

Montague B. Black (b. 1884), an artist and illustrator, pulled the curtain back from the future back there in 1926 to what he thought might be the following scene of London in 2026:
Click to expand...

Interesting. This technology has been routinely used by dirigibles for decades but there doesn't seem to have ever been any practical application to proper aircraft. Why so? I'd like to know.

From the old Paleofuture blog (current site is here), a 1967 Philco-Ford concept: