I posted this over on the What If? Modelers forum, but since it's more factual than most of my what-if builds, it might be appropriate for this section:

This is the Atlas Cheetah C with the Advanced Combat Wing with wingtip missile launchers (detailed in Volume 16 of World Air Power Journal back around 1994 or so). The base model used is DML's 1/144 scale Kfir. 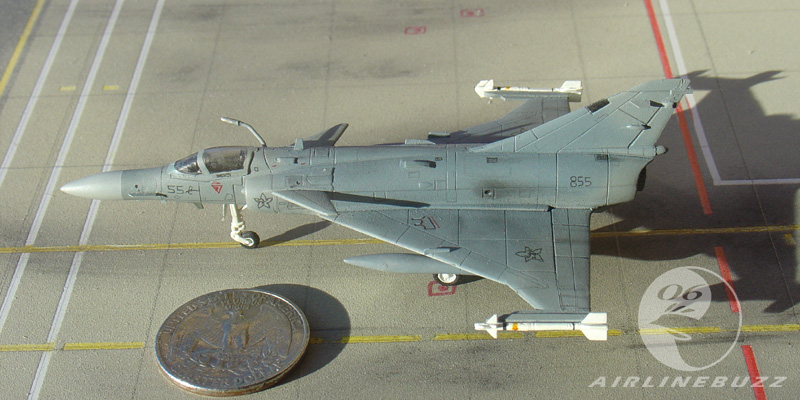 ^First shot. I have a quarter in the shot to give a sense of the small size of this kit. Basically the modifications added- radar nose section grafted on (used a 1/72 missile, I think it was a Phoenix, memory's a bit fuzzy) with nose strakes, refuelling probe, one piece wrap-around windscreen, taller fuselage cooling scoops, reprofiled the wing leading edge with the added fence and the kinked wing extensions that mount the wing tip missile launchers. 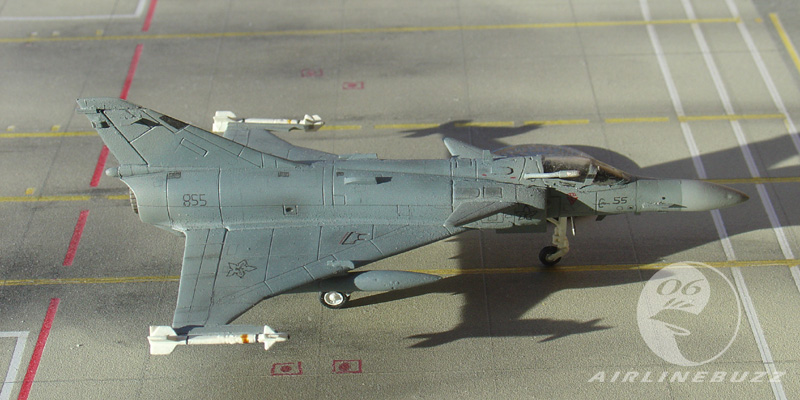 ^Opposite side. Painted overall in Dark Compass Ghost Gray with Intermediate Blue on the "diamond" area on the top surface/fin of the Cheetah. Markings were hand drawn with a technical pen. 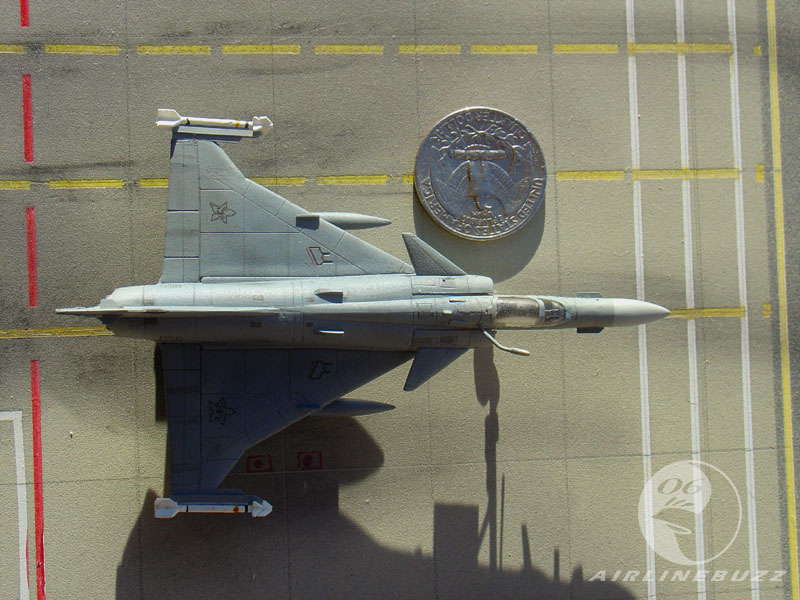 ^Top view. The missiles were originally crap-ass Sidewinders that came with that atrocious Revell 1/144 scale Gripen kit that I modified to represent Armscor V3 Kukri AAMs. Reprofiling the wing leading edge was tricky as the proposed Advanced Combat Wing was drooped without a kink. I basically cut off the leading edge of the kit's wing and spliced on some styrene and sanded the bejeezus out of it to get something that looked right. The wingtip extensions were styrene add ons profiled and grafted onto the wingtips. 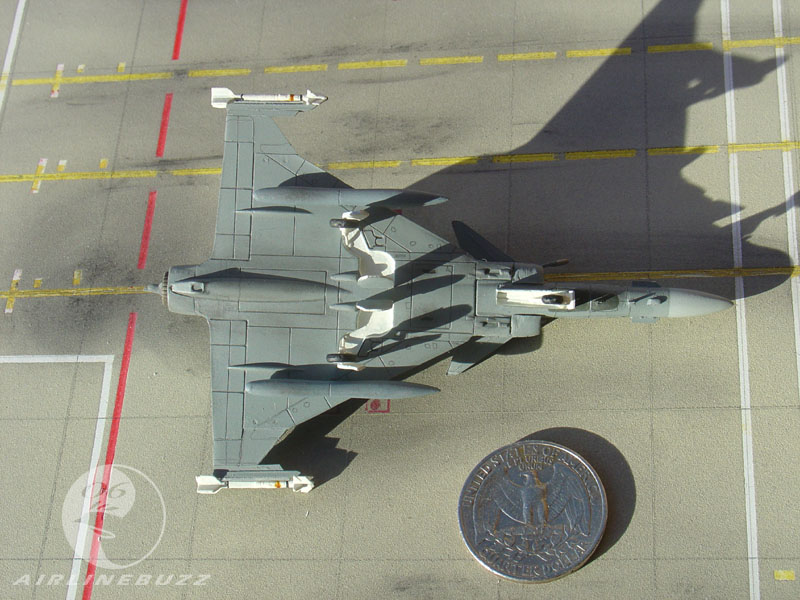 ^Underside view. Decided to keep with a light load out. Sometimes you can put too much on a model and it detracts from the project's final look. Only stores here are supersonic tanks. I also painted a false cockpit on the underside of the nose. 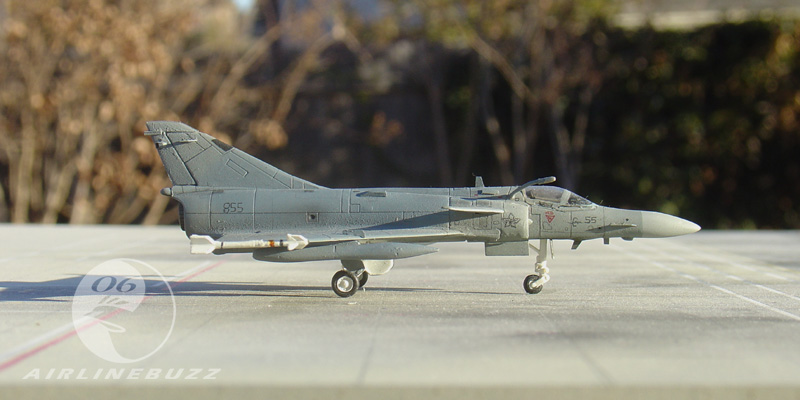 ^Side view. You can better appreciate the two-tone camouflage scheme in this side view. Since the Atar didn't need as much cooling as the Kfir's J79, I cut off the cooling inlet at the base of the Kfir's fin to better represent a Mirage stock fin. Various little aerials and antennas were added to the fin as well. 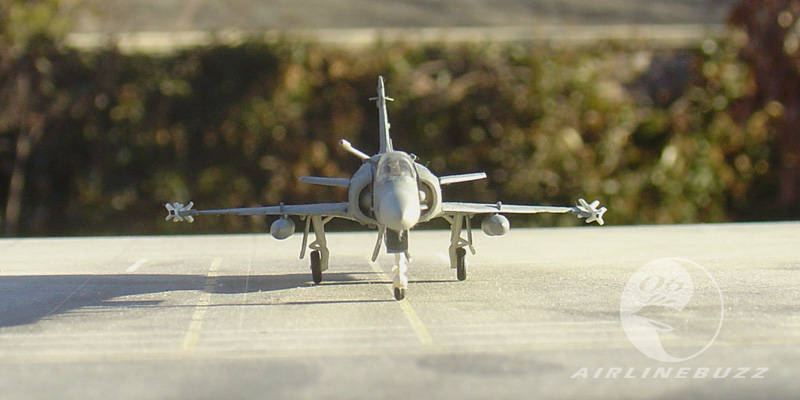 ^Front view. The ACW, nose radome, and wingtip missiles really give the plane a modern look.

Pictures seem to be cut off, so here's the link to the original thread on the What If? Modelers forum: http://www.whatifmodelers.com/forum//index.php?showtopic=8581

The pictures aren't cut off - there is a scroll bar on the page. Not ideal I guess though.