Hi guys, this is a

A NEW DESIGN based on newly discovered photos !

(Side by side comparison of the all new FDL-5 kit (to the left) and the old version of the kit (to the right)).

Based on more than 10 years of research and on newly discovered photos of the USAF mock-up of the ultimate FDL-5 combat spacecraft.

Now featuring the actual panel lines of the USAF mock-up !

Plus, cockpit interior and ejection seats !

Plus a choice of 2 rocket engines: the secret AMPS-1 annular aerospike and the N2O4 storable engine rocket nozzle used for the long duration missions !

And the unique variable geometry wings from Stratosphere Models (version 3), updated in 7 points and better than ever !


Stratosphere Model is proud to introduce an ALL NEW, completely REDESIGNED and UPDATED model of the FDL-5 Combat Spacecraft, thanks to the publication of new pictures of the FDL-5 mock-up which was built at the end of the 1960’s at Wright Patterson which have allowed me to design the most accurate model kit to date of that very special CLASSIFIED SPACECRAFT.

I begun to work on this project soon after the publication of the 3rd picture of the FDL-5 and after finding more pictures, the project was kept undercover and very carefully designed step by step to ensure that each new changes added to the model matched the new pictures.

The first version of the kit matched the first two publicly known photos of the manned FDL-5 mock-up published up to now (a front view and top view), however the publication of a third photo, which shows its side, have allowed me to greatly increase the accuracy of the model, as this photo shows areas of the spacecraft which were previously difficult or even impossible to see before (fuselage height, underside and rear fuselage) (something I made no secret of when I built the 1st version of the kit in 2003).

The new, redesigned Stratosphere Models FDL-5 kit now have a wider, higher fuselage, the cockpit have been advanced by at least 1 cm as well as the wings, the rear fuselage shape have been changed and it now have a new smaller fin. The variable geometry wings mechanism have also been improved in 7 points to make it move even more smoothly and fully synchronized both when extending and retracting. This is actually the 3rd generation of variable geometry wings for this kit, a 2nd improved version had previously been released which featured small tabs on top of the wings to keep them from rotating past a certain point. Since the kit was redesigned and the position of the wings as well as the fuselage shape have changed other small updates were added to the wings.

All the changes made to the kit now make it the most accurate model of the FDL-5 to this date (and I am confident that when the blueprints for this will eventually come out (they are still classified for this version) I think that people will find few differences between them and the model kit.

This is not just and updated model, this is an all new model kit (the master parts are entirely new).

One thing that did not change however is the length of the model, so I can say the amount of research I spent on the FDL-5 during 10 years and my calculations have passed the test of time.

Other things that remain the same are the external fuel tanks and ejection seats, as well as the secret AMPS-1 fluorine aerospike engine. Pretty much everything else have been redesigned.

One thing that people will notice when they will hold the new Stratosphere Models FDL-5 Combat Spacecraft kit in hand is that the vehicle now looks a LOT more mission-oriented and is more massive than the previous version. With its wider, higher fuselage, it looks like it means business and could carry a lot more fuel and cargo inside. In fact, there is now so much more vertical space inside that I had to raise the position of the ejection seats considerably (!).

The NEW KIT now carries a lot more external details than the previous version, thanks to the discovery of higher resolution pictures, I have added a lot of external detail such as: video camera and optical view ports, a lot of new panel lines.

I have also expended and accurized the more than 10 pages technical and historical document accompanying each FDL-5 kit with a host of new material. Some people will fall off their chair when they will read some of the findings in question and realize that the FDL-5 had more historical links with other programs than most people think.

The new kit is now available.


Something interesting to note:

The secret USAF spaceplane X-37 which was launched into space earlier this year for a mission which will last up to 180 days and about which the military are hush hush (see the 1/48th scale Stratosphere Models X-37 resin kit available on my website) have exactly the same mission profile than FDL-5 when equiped with its N2O4 storable engine, and could fly missions (without pilots, like the X-37) of a duration of… 180 days, and inspect or destroy enemy satellites.

DD:
None of the pictures are showing for me and the weblinks are down. Just an FYI... Or did you discover "the-truth" and are now being surpressed? ;D

Euh... All the pics are clearly shown on the Secret Projects website, I don`t know but, it`s maybe your computer they are blocking to keep you from knowing the truth...

Another view of the new version of the Lockheed FDL-5 Combat Spacecraft model kit to the left, and the old version to the right.

The new version is based on newly discovered photos, one of which is shown above.

The new version of the FDL-5 Combat Spacecraft is now available.

The new version of the kit, to the left. It's now not only wider, it is also higher, and the underside too's been
in good part redesigned.

And with the external liquid fluorine / liquid oxygen fuel tanks.

The FDL-5 Combat Spacecraft with its jettisonnable window fairings, a bit similar to what the X-20 was using to protect the pilot from infra-red radiation during reentry in the atmosphere (the FDL-5 and the X-20 reenter with their nose almost directly in the air stream, unlike the Space Shuttle which reenters at a nose-high angle). These are new parts for this kit. 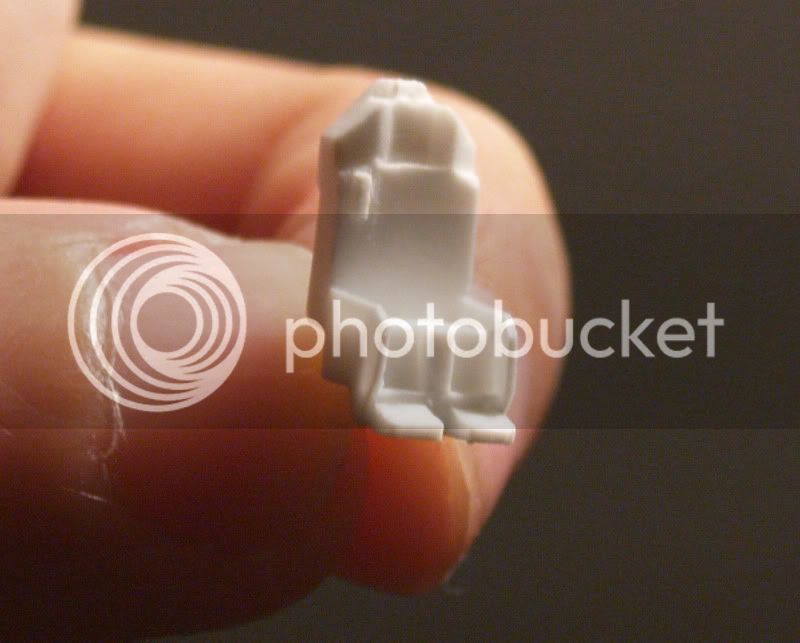 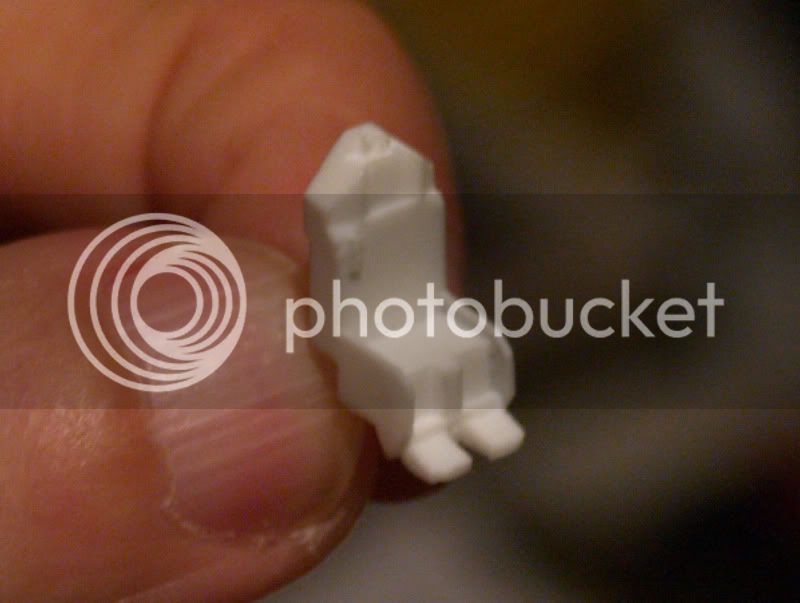 It is actually the Gemini ejection seat. During the late 1960's there were only 5 types of ejection seats that could have been selected for the Lockheed FDL-5.

One was the X-20 Dyna-Soar ejection seat (the predecessor to the FDL-5, which would have had the same satellite destruction mission), but the X-20 seat was only good for ejections at landing speed (the X-20 being a pure glider with no internal motor or dangerous flammable fuel tanks (if you exclude its small RCS engines) it was deemed unnecessary to give it an ejection seat operating at hypersonic speed.

The 2nd available option would have been either the Lockheed A-12 or SR-71 ejection seat, which saved pilots during ejections at Mach 3.

The 3rd option would have been the X-15 ejection seat, which from what i remember was rated for ejection up to Mach 3 (correct me if i'm wrong, i don't have my data in front of me, could be Mach 4).

The 4th option was the Gemini ejection seat, and i chose it as the most likely choice for the FDL-5, because it was the only one that allowed for ejection all the way from orbit as it included a ballute system designed to slow down the descent/ reentry of the ejection seat and pilot from space. The FDL-5 required an ejection seat that could cover the whole flight speed regime since it carried very toxic, very reactive and very flammable fuel (fluorine for one, and oxygen oxidizer).

So i chose that one, and it is the only educated guess i used during the making of this kit.

(I disregarded the XB-70 ejection system: too heavy, and it did not perform well during the one time when there was an accident).

Hi Madoc, 1/100th actually. You'd need a bigger model shelf if i made it in 1/48th (and the retail price would have been too high for a rare airplane subject like this). My other kits of the same series of FDL lifting bodies are also at 1/100th: the two new small FDL-6s, the FDL-7 C/D and the
FDL-7 Model 176. The price is the same as the old version when i first introduced it a few years ago: 85.00$US, but you get a more voluminous kit with more parts.

With the exception of the images of the ejection seats none of the other images show up. Any chance of adding the images again?