I recently purchased Red Star Volume 33 "Antonov An-12". The book contains an excellent guide of An-12 variants but there are few drawings of unbuilt designs (in contrast with other volumes of Red Star series) :'(

Anybody has drawings of the following designs?

The An-12SN tank-carrier is intriguing. Presumably, the fuselage would have widened into a flattened oval section (like the An-124) since a standard An-12 cargo hold is only 2.89m wide and the T-54 was 3.27m.

Not sure if this helps but Hesham posted an interior section/side view of the An-40 (PLO)
Click to expand...

It really helps, thanks a lot!...and thanks to hesham too
B

An-12U (1962) Its wing was equiped the simple flaps instead of 2 slit flaps, providing them to be blowed by the DK 1-26 engines' air stream. In the same way the engines gave air flow on stabilizers and other ruling surfaces as well.
An-12D (1965) Modification with hermetic cargo compartment and increased fuselage's diameter. Cargo cabin's height was 3,45м.. They expected that under take-off weight 83 t. the plane will be able to carry 20 t. of cargo up to 3750 km .Its airborne troops' capacity was increased up to 100 persons. The engines were AI-20 DK (5180 ehp.). The An-12D further development became -
An-12D-UPS, similar to the An-12U, but already with three additional turbo-compressors , two were located in the zooming wing's backsides, and one one more in the keel's basis.

There was another project (1969) using a sweptback wing and turbofan D-36 engines (6,5 t) but its marking/model is unknown to me.

An-40 (1964) Outwardly looked like An-12 with a few important particularities. Power installation consisted of 4 AI-30 (5500 HP) and 4 runaway-brake jet engines RD 36-35 (2550 kg). These engines with short resource were created for Yak-36 VTOL and were used in the project for reduction of running distance. Combined chassis with skis allowed (theoretically) to land/take-off from small, unpaved and snowy airfields.
All these changes outwardly were not so noticeable, basically. That's why there were almost nothing published in the aviation-related media, I think.

The majority of these specified modifications aimed to improve wing's ascensional power characteristic, it was all about BOUNDARY LAYER MANAGEMENT=Управление Пограничным Слоем=УПС/UPS (they use "blown flaps" in English), hope you will understand it correctly, as it is hard to translate such specific aerodynamic science things.
Antonio, hope everything would be useful for you, as I have no drawings yet - though I've ordered some books. That's all I have now.

Thanks a lot for your fantastic post, Borovik, it's great info for me.

That D-36 powered version is described in Red Star Vol. 33 as An-12R (reaktivnyy) on pages 58-59. Although not illustrated as I said there is some data:

The project evolved into the Antonov An-112 (BTW I have just discovered another design from which I have neither data nor drawings ???)

personal comment: it's ironic that Antonov concentrated its efforts in the turboprop An-40 while, acording to the book, the VVS selected the Il-76 as the An-12 replacement because they thought the jet was a more promising powerplant


Would the third image in this post be the An-12RU by any chance?

borovik said:
There was another project (1969) using a sweptback wing and turbofan D-36 engines (6,5 t) but its marking/model is unknown to me.
Click to expand... 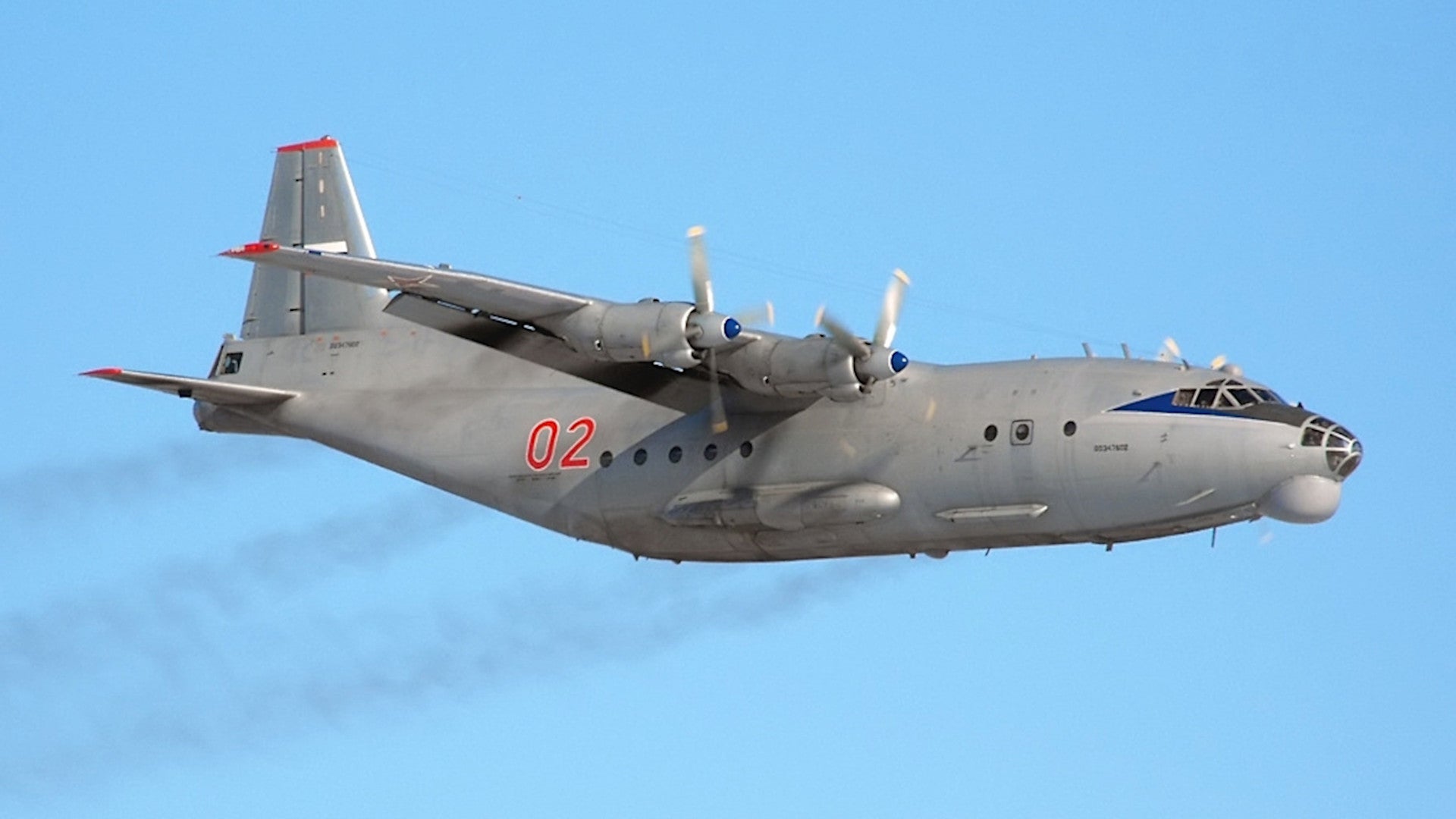 The project will start with converting a single Antonov An-12 to carry a pair of 57mm cannons to help with further development of the final design.

The project will start with converting a single Antonov An-12 to carry a pair of 57mm cannons to help with further development of the final design.

Here a drawing of a Antonov An-12 "Cub"/Shaanxi Y-8 as a gunship. It ist Fan-Art, so I won't attach the picture in this topic, but I do like it as food for thought.
T

Anyone have any idea how exactly the Russians plan on mounting AU-220Ms on the plane?

Good question. For those members who may not be familiar with the weapon in question: