Alexei Leonov has passed away

First man to spacewalk, one of the five on the Soyuz-Apollo flight. 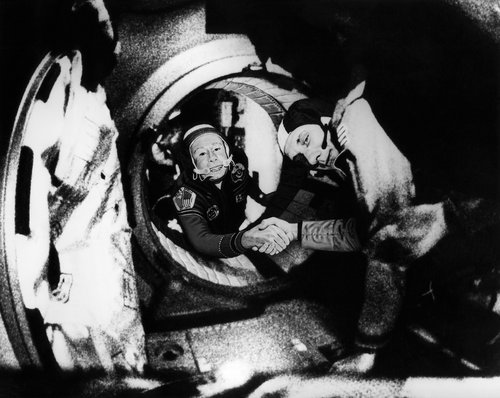 Oh no ! how old was he ? Could have been first Soviet on the Moon.
F

On October 11, 2019, at the 86th year of his life, Hero of the Soviet Union, USSR pilot-cosmonaut, major general of aviation Alexei Arkhipovich Leonov died twice.

Alexei Leonov was born on May 30, 1934 in the village of Listvyanka, Tisulsky District, Kemerovo Region. In 1953 he graduated from 10 classes of secondary school No. 21 of Kaliningrad (regional center), then the 10th Military Aviation School for the initial training of pilots in Kremenchug, in 1957 - the Chuguev Military Aviation School of Pilots with a degree in fighter pilot.

He made two space flights of world significance. The first flight was carried out from March 18 to 19, 1965 as the second pilot of the Voskhod-2 spacecraft together with Pavel Belyaev . During this flight, Alexei Arkhipovich, showing exceptional courage, made the first spacewalk in the history of space exploration lasting 12 minutes 9 seconds.

The second time, Alexei Leonov went into space in July 1975 as the commander of a spacecraft under the EPAS program (Soyuz Apollo program). The flight lasted 5 days 22 hours 30 minutes. This was an international project, within the framework of which the ships of two different countries were docked for the first time in the world - the Soviet Soyuz-19 with Alexei Leonov and Valery Kubasov and the American Apollo with Thomas Stafford, Donald Slayton and Vance Brand.

In 1968, A.A. Leonov graduated from the Faculty of Engineering of the N.E. Zhukovsky (VVIA), specializing in the design and operation of aerospace vehicles and engines for them, was qualified as a pilot-engineer-cosmonaut. A.A. Leonov was actively engaged in scientific activities. In 1981 he graduated from the postgraduate studies at the VVIA named after N.E. Zhukovsky, he was awarded the degree of candidate of technical sciences.

After completing active work in the cosmonaut corps, the experience and knowledge of Alexei Arkhipovich remained in demand at the Cosmonaut Training Center: he was appointed deputy head of the CPC for flight and space training (1982-1986), deputy head of the CPC for space training (and flight) since 1986 to 1991. In 1991, by order of the Minister of Defense of the USSR, he was placed at the disposal of the Air Force Commander-in-Chief. In 1992, dismissed from military service by age.

After the completion of military service A.A. Leonov was the chairman of the International Association of Space Flight Participants, the director of space programs of the international company Chetek, the president of the Charity Fund in memory of the first cosmonaut of the planet and his flight mentor. Alexey Arkhipovich was engaged in charity work to provide assistance to sick children under the "Life Line" program.

Alexei Leonov was at the origins of the creation and development of the Cosmonaut Training Center and Star City. He belonged to the first generation of Soviet cosmonauts, who wrote bright pages in the glorious history of the Russian manned astronautics. His name is written in gold letters in the world history of exploration and exploration of outer space!

A.A. Leonov was twice awarded the title of Hero of the Soviet Union with the award of the Golden Star medals, was awarded orders and medals of the USSR and the Russian Federation, foreign states and public organizations, and was marked with various distinctions.

Alexei Leonov is a member of the Union of Artists of the USSR (1965), an honorary member of the Russian Academy of Arts (2004), author and co-author of a number of books on space. According to the book "Time of the First" a feature film was created.

A.A. Leonov is an honorary citizen of more than 20 cities of Russia and the world! His bronze busts are installed on the Alley of Heroes-Cosmonauts in Moscow, in the city of Kemerovo and at home in the village of Listvyanka. The cosmonaut named schools and city streets, the international airport in Kemerovo, a crater on the far side of the moon, a regional award of the Kemerovo region - the Alexei Leonov medal, was held in Kaliningrad, the annual children's sailing regatta "Cosmonaut Leonov Cup" is held.

His life is an example of selfless service to the Motherland, courage, fortitude, high civic duty!

Management, cosmonauts of the USSR and the Russian Federation, staff and veterans of the Cosmonaut Training Center named after Yu.A. Gagarin condolences to the family and friends of Alexei Arkhipovich.

The bright memory of the legendary space explorer will forever remain in our hearts!

Farewell to Alexei Arkhipovich Leonov will be held on October 15 at 11 o’clock at the Federal War Memorial Cemetery in the city district of Mytishchi, Moscow Region.

Short AWST article about his flight.

Thomas Stafford, an 89-year-old retired NASA astronaut, Valentina Tereshkova, the first woman to travel into space, and Russian Defence Minister Sergei Shoigu were among those gathered outside Moscow to pay their last respects to the Soviet space icon.
Click to expand... 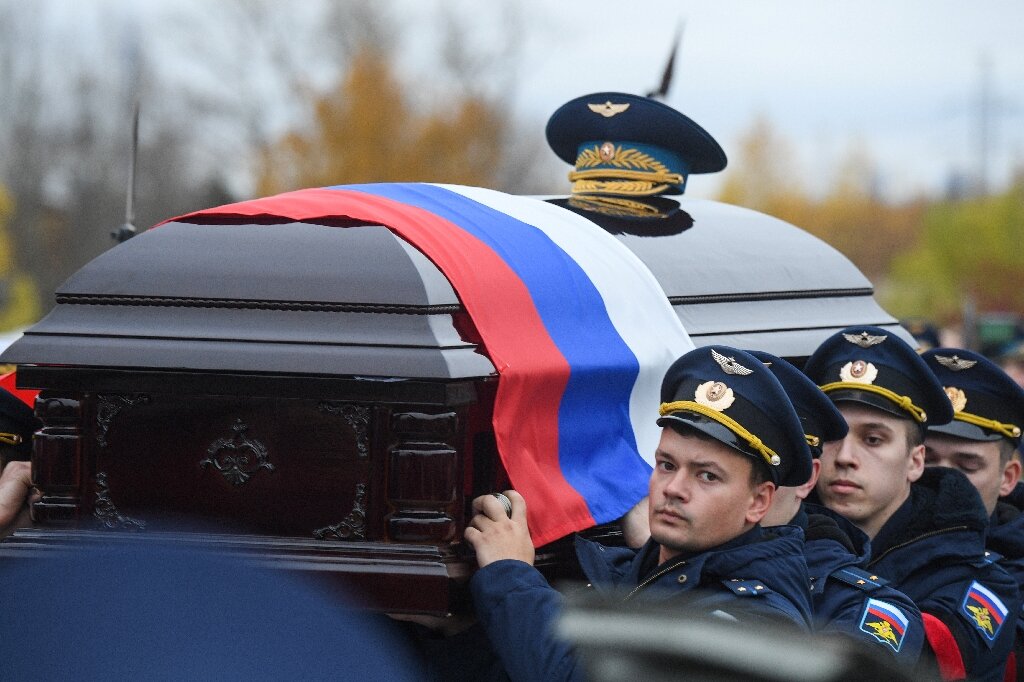 Russia bids farewell to first man who walked in space

Hundreds of people including Russian and US astronauts and top officials bid farewell Tuesday to Alexei Leonov, a legendary Soviet cosmonaut who was the first man to perform a spacewalk.

Thomas Stafford is the astronaut who shook Alexei Leonov's hand after he opened the hatch between Soyuz and Apollo.
A 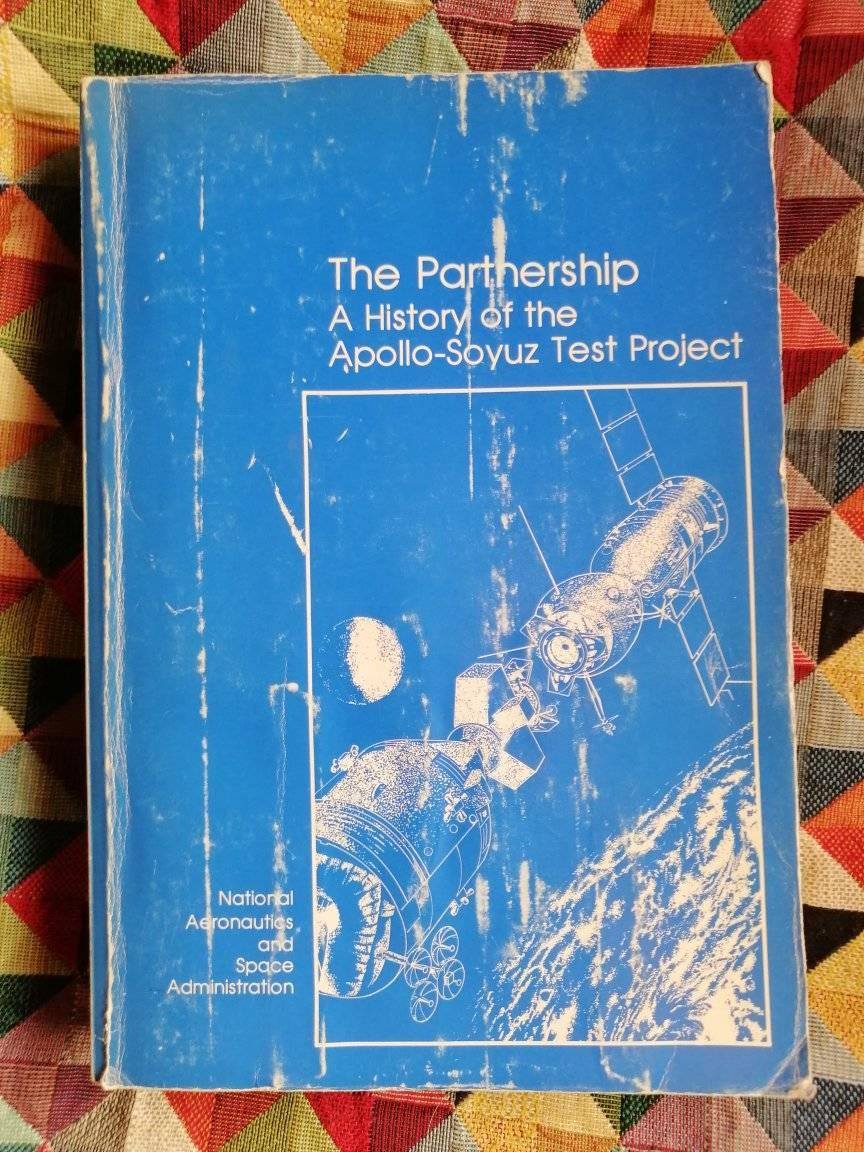 ASTP, one of my favourite space missions, anniversary today. Pretty and lyrically inaccurate gif by Kosmograd. Perusing times. It couldn’t have been any other way today. Dry reading, but as g…

Regarding the above and from The Space Review:


SUBSCRIBE
A clip from the film The Spacewalker, depicting the re-entry of Voskhod 2 capsule with Cosmonauts Belyayev and Leonov and after Leonov's famous spacewalk in 1965. Content belongs to Bezelevs and Rome No3 Studio production companies.
Click to expand...

It is sad to see such giants pass and fade away, but so must we all.

I missed this earlier, he seems to have led a full life and well, RIP Sir to another leadr into the beyond.