I've found this one today: the AirUtility Cargo Company AU18-150.

Built in Sacramento, California, by the Air Utility Cargo Company with two 75hp Continental engines.
Originally built in 1945 but modified by the time this photo was taken in February 1955. 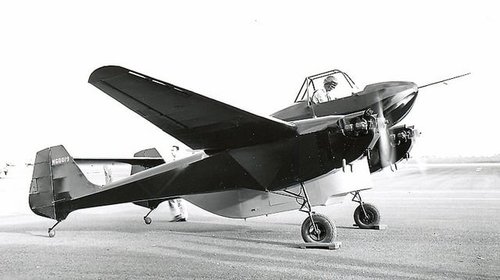 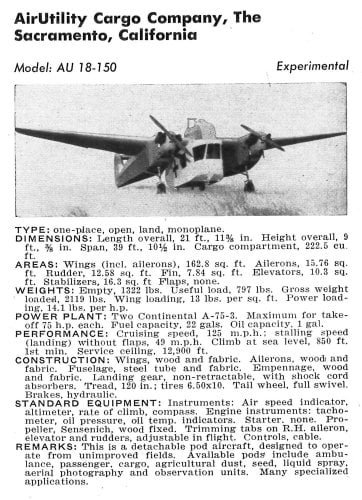 That AU-18-150 looks like a minature version of the Fairchild XC-120 Packplane. Fairchild only built one prototype.