(Sorry only in German)

...and the aircraft without A.B. or A.M. designations.

@ Maveric
Drafts are made by camera as I have no scanner, but if You wish I can scan them on monday
in an internet cafe for You.
To a start with, Aichi AM-7 as only I know ( what means second used ? ) and Aichi AM-10.

Will You, please, wait patiently a few days so I can prepare drafts and photos of Aichi aircraft.
I've noticed in my books some details to complete Your list :

great find, this bird is totally new for me... :-\
For the others, if you had 3views, yes I´m interested.

This can be a bit disapointing but
The Aichi KT-98 never existed,not even on te drawing board.

It was 'invented' in the scare after Pearl Harbor and in 1943
a drawing-not a photo- appeared in a recognition book
published by Temple Press who also produced 'The Aeroplane'...

...thanks lark for this correction. The designation KT-98 had no compatibility with the Aichi-System.

This mysterious aircraft never existed in fact, but was still described in the Allied instructions
almost one year after the outbreak of war on Pacific.
It had also another strange Aichi system designation : Aichi AI-104
and was even given code name : Ione.
It is considered that the misunderstaning is closely connected with Italian Cant Z.506 B,
of which photos and descriptions were published in a few Japanese aviation magazines in late 1938.
In similar misunderstanding in the beginning of war the Kawanishi E8K1 was named Adam
and designated Nakajima SKT-97 by the Allied ;D
The draft is taken from Ian K. Baker's " Nippon Naval Air Force : Japanese Navy Aircraft
Colours and Markings in The Pacific War ... and Before ", Polish Edition, Kraków, 1998.

Hope, my dear friend Maveric, that You'll look into Your topic at last.
Here's the next series of Aichi drafts for You.
I don't like to write post after post on any forum,
but this situation is caused by the forum attachment regulation ...

And my easy rider idol in the end ...

thanks for your good replys.
S

I'm feeling a little stupid here... After doing some research on the subject I realized that most of the Aichi designations could be found in this topic! :-[ Anyway, here is a recapitulation of all known Aichi designations:

NOTES:
- "AB-" for biplanes and "AM-" for monoplanes
- Aichi only built for the Imperial Japanese Navy

Photos of the Aichi B7A Ryusei (Grace) just recently posted at the San Diego Air & Space Museum (SDASM) Archives Flickr photostream. (There are dozens of additional photos of wartime Japanese types recently posted there as well that are worthy of checking out). 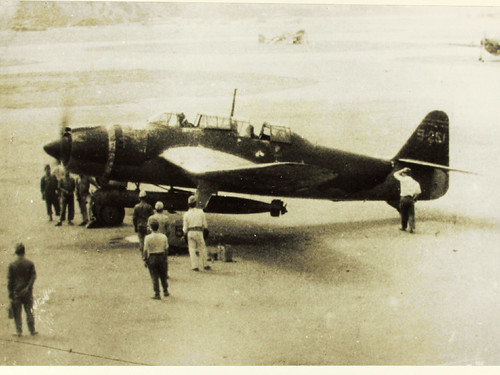 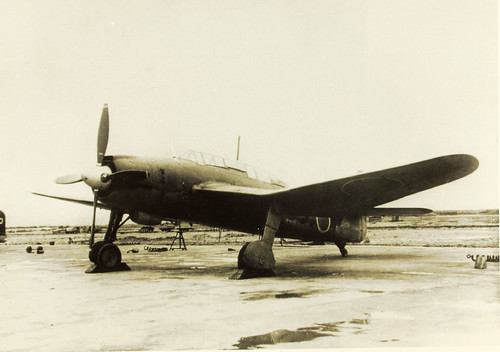 I never understood the B7A's defensive armament.
There was supposedly a defensive machinegun somewhere, but I can't see where. It certainly didn't point to the rear.
Maybe it was only meant to be aimed sideways?

Defensive armament wasn't very effective and head-on defensive fire against radial-powered fighters was almost pointless. I could understand if the Japanese decided to reduce defensive fire to flanking shots in defence of wingmen. The B7A was very nimble and had a decent forward-firing fixed armament it could use once the formation was dissolved after release of the offensive munition.

Nevertheless, it seems odd to have no defensive armament for individual aircraft self-defence, for this meant the fighters could stay at the tail instead of limiting themselves to passes.

According Rene Francillon's Japanese Aircraft of the Pacific War - it was a flexible mount for a 13mm machine gun in the rear of the cockpit. Since it wasn't fixed it was not shown in the drawings.

Regarding the B7A, you may find this of some interest: http://ajw.asahi.com/article/behind_news/social_affairs/AJ201402240068
S

Grey Havoc said:
Regarding the B7A, you may find this of some interest: http://ajw.asahi.com/article/behind_news/social_affairs/AJ201402240068
Click to expand...