what if Dassault opted for a single engine Rafale

What if Dassault produced a single engine "Rafale" aircraft?
Light single engine French aircraft have done generally very well on the export market, such as the Mirage 3, Mirage F.1, etc

in this case we have two scenarios

Scenario 1
Single engine chosen over twin engine design.
Deltafan provided a link where you can find the original single engine proposal and drawing for the Rafale before it transitioned to a twin.

Dassault-Aviation Rafale M [in french]
it would still be flying with the M88 engine.
Rather than compete with the Eurofighter, this design potentially competes with the Gripen's market.
Perhaps it may enter service in the mid 90s or late 90s

Scenario 2
France goes for a mid-lo pairing. with Rafale AND a single-engined mini rafale
perhaps they simply bought the plan of the Novi-Avion (in which Dassault helped them), and proceeded to develop it on their own after the break up of the Yugoslavia
(similar to how Italy went their own way with the M-346 after assisting in the Yak-130).
This means perhaps less Rafales for France, and money diverted to a single mini Rafale


In either case
Had France made a single engined "Rafale"
- how much better or worse would it do on the export market
- in the case of Scenario 1, since it was not designed to compete with Eurofighter, but Gripen.. would this mean its development (both Eurofighter and mini Raf) enter service earlier?
development costs cheaper?
- could the De Gaulle carry more? Could it operate on the Foch/Clemenceau more easily since its smaller? (and perhaps would Brazil be operating it too?) 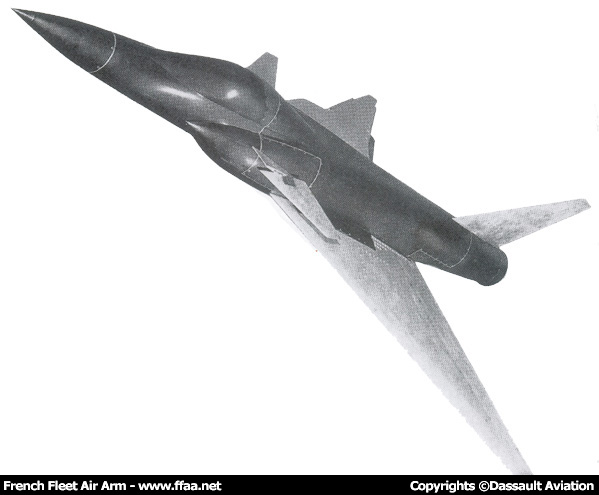 helmutkohl said:
could the De Gaulle carry more? Could it operate on the Foch/Clemenceau more easily since its smaller? (and perhaps would Brazil be operating it too?)
Click to expand...

For the first question, it depends. It's not just the number of engines, it's the rest of the specs. If this ATL Rafale was appreciably smaller than the OTL version, then yes, it would be theoretically possible for de Gaulle to carry more onboard. In practical terms however, you probably won't see any big change in the numbers of embarked aircraft. The CDG normally sails with 24 Rafale M fighters embarked, though 2 years ago, they managed to fit 30 on her plus helicopters and Hawkeyes. Could you fit another 6 airframes on her and still have the helos and AEW&C aircraft? That's more doubtful. Most likely, you'd see the smaller size used to embark more Hawkeyes and/or helicopters instead.

As for their use on the Clemenceau class, your guess is as good as mine. A smaller, lighter fighter could have replaced the Crusaders on them, but seeing as Clem was decommissioned in 97 and Foch followed in 2000, I'm not sure you could get your ALT Rafale to sea in time for them to see service on those two. Whether they could operate from Foch in Brazilian service, that depends on local politics in Brazil. The Brazilian Air Force fought hard to keep the Navy from flying fast jets, or fixed wing aircraft at all, really. They barely got the okay for A-4s.

Yep. Not only USAF vs USN; but also Italy... and Brazil. And Great Britain in the 60's - TSR-2 versus Mountbatten, the horror, the horror (and both lost in the end, kind of - since both CVA-01 and TSR-2 were canned).

As for France, that conflicts has been settled since 1945 but before that... better not to think about it. The Army and Navy fought the AdA creation as a separate branch in 1933; as a kind of vengeance, the AdA used the Aéronavale as a dumping ground for its obsolete bombers, and by 1939 it looked like a flying museum.
A

As for a single engine Rafale... the AdA wouldn't want to hear about it. They already had the 2000, partially duplicating the F1 before it (IOC 1973 and 1984, both Super 530 interceptors) with the even older Mirage IIIs to remain in service until the beginning of the 90's. Adding a FOURTH single-engine type in a row ? no way.
-They wanted a twin jet heavy fighter since 1957 and the Mirage IVC
-They had tried AFVG, G4, G8, ACF and 4000 to no avail
-The 4000 was showing the way at least the general shape and what could be done with FBW-delta-canard

From my readings in the 90's aviation magazines when the Rafale struggled with post Cold War free falling military budgets - a single-engine Rafale would not have survived... the Mirage 2000-5 (IOC 1997). More exactly, a tentative upgraded variant with digital FBW and perhaps a boosted M88. It could even be navalized although that wouldn't be a superlative aircraft by any mean.
Z

On a logical view, as with the UK. There is an argument to scale up these new turbofans and split the forces into a limited number of large twin engined strike aircraft and a large number of smaller single engined fighter attack aircraft.

The UK got as far as a series of engine proposals, mostly aimed at a supersonic Harrier/Jaguar successor. Because they were bogged down by the whole STOVL/PCB issue, the twin engined and politically European fighter was preferred. By the then arch europhile defence minister Michael Heseltine and continued to receive support under John Major.

From the French perspective this scaled up M88 would likely be aimed at replacing the M53 in the Mirage 2000.
Leaving the main focus on a Mirage IV successor.

Ah yes, the Major era. So much squandered.
A

RB199 and F404 were game-changers - medium-size turbofans resulting in medium-size, more affordable twin-jet combat aircraft: the Hornet (for all the hate it got) was a brand new category all by itself. Typhoon and Rafale very much followed a similar path. While RB199 to EJ200 relationship is well known - Rafale, Hornet and F404 got a more complicated love affair.
- the Rafale demonstrator in 1986 flew with F404s, the irony
- the Aéronavale fought hard to get Hornets on Foch deck circa 1988-89, to no avail
- Hornet was used as "placeholder" for Rafale when designing CdG (another irony)

Archibald said:
RB199 and F404 were game-changers - medium-size turbofans resulting in medium-size, more affordable twin-jet combat aircraft: the Hornet (for all the hate it got) was a brand new category all by itself. Typhoon and Rafale very much followed a similar path. While RB199 to EJ200 relationship is well known - Rafale, Hornet and F404 got a more complicated love affair.
- the Rafale demonstrator in 1986 flew with F404s, the irony
- the Aéronavale fought hard to get Hornets on Foch deck circa 1988-89, to no avail
- Hornet was used as "placeholder" for Rafale when designing CdG (another irony)
Click to expand...

I quite like the classic Hornet
a lot of people unfairly only looked it at as a fighter, but it was truly one of the first "omni" role aircraft from its early stages, and did the strike role much better than the other F teens in the 80s and probably early 90s.

As for the Aeronavale, I really did wish they get hornets.

Again an unpopular opinion but I still stand by it.
it seems that France and Dassault kept pushing new designs every half generation
M3, M5, F1, M2K, M4K, Rafale, etc

While I do think Rafale is probably my favorite of the Eurocanards, its really a 0.5 gen from the M2K (as M2K was a 0.5 from F1)
it may have been better in the long term that France skip this 0.5 and focused on a proper 5th gen airframe that would perhaps fly in the 90s and enter service in the 2000s. It would probably begin replacing the M2Ks around now as the F-35 is doing with the teens. The only downside is that the Aeronavale could not get its replacement for the F-8s and Entendards sooner. But now that I know the Aeronavale really wanted the Hornets, then even more likely a feasible plan.

there several issue with single Engine Fighter configuration
all ready during planning phase (proto Eurofighter) the Germans demanded twin engine
in mean time the French Navy demanded it also, so Navy jet could return save with engine out
something that work not well if you sit in single engine Fighter...

As Eurofighter began the French say good bye and leave the program
The reason were that Germans and British demands on Combat and electronic were to high
So far i understand were refusal by Germans for Navy version of Eurofighter, because to heavy and to much cost

The French build twin engine Rafale as AdA and Navy realized, it could Offer much more option as Single Engine Fighter

my own story on a single engine Rafale (among others), but not with M88 :

How do you say "Gripen" in French?
M 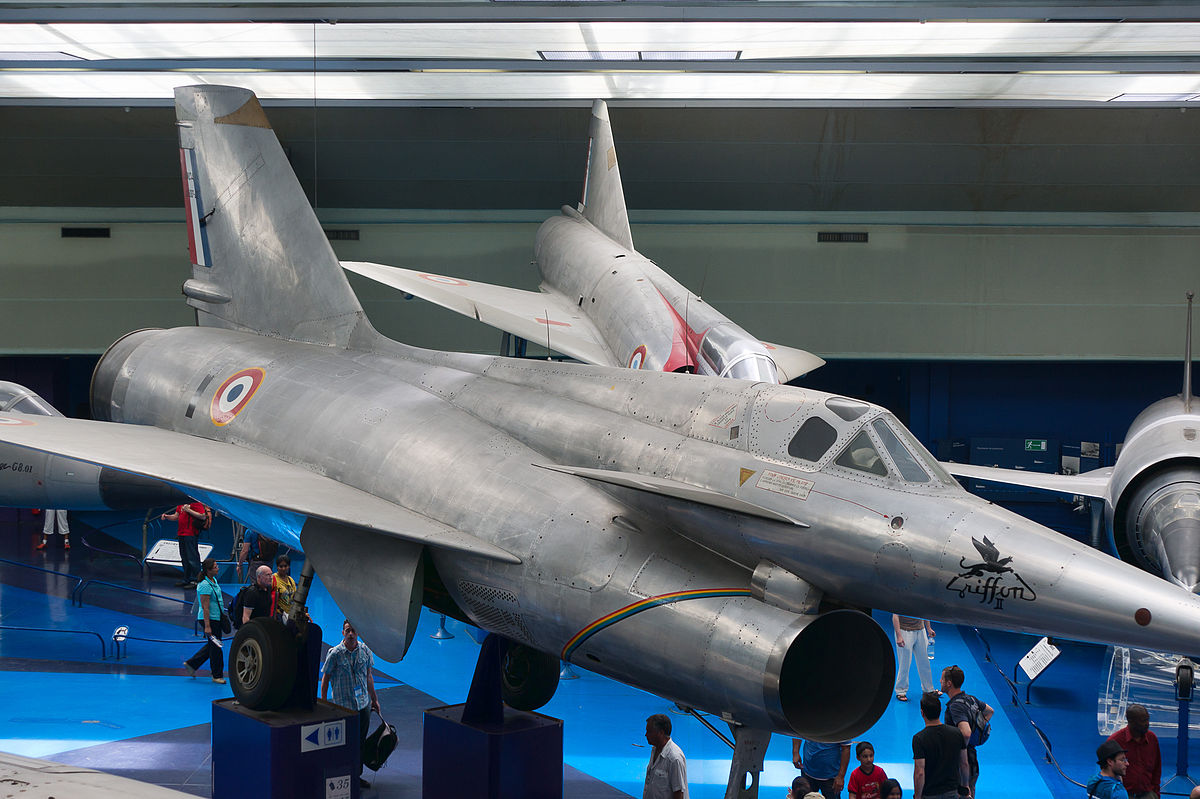