1-ONLY military requirement is to undisputably defeat the Greeks
2-which deters any permutation of Greece, Syria, Iraq and Iran
3-which repels the possibility of a general Kurdish uprising within
4-which annuls the possibility of an all out war with and an invasion by the US
5-due extremist beliefs of the said not to be discussed here
6-tactical air power is the only thing flexible enough for 1 and 2
7-and can be acquired within reason
8-airframe companies can fail , Curtiss of 1920-40s as the best example
9-any deal must be with the engine company ever surplus to American requirements
10- that every single jet that will be purchased will be powered by the same

if you wish , you can debate to the end of times whether we would really buy the F-16/79 or is there any possibility that America delivered F-35s not with the markings of a now dead Airforce ? In view of the claims that the exposure of the Gülen Movement for so little a gain has created an environment of "mistrust" in the country that poisons any long term assesment to the extent nobody knows what might happen and America needs some time before bigger things come up ? Time that would be used to re-arrange American assets within ? Time that might be in short supply with the dangerously surprising Russian behaviour after 2014 ? Time that might perhaps be bought by "respect" shown to existential struggle that might have been fought out in 1974-5 ? As in some old engine stuck in , in a plane with an entire function is to be merely a PR piece and any production was to be no better than a regular F-16 . As already mentioned in the thread and which was wargamed to a loss-rate of 70 to 1 facing USAF , but the expectation seems all the airbases will be abandoned immediately when the attacks begin and 50-55 on the ground and a couple of unfortunates in the air would be enough for Pentagon to gloat in the press briefings , declaring Air Dominance ...


edit: to help an early thing , will remove it if appears as a post

it isn't . Merely the mark of the pseudo engineer and confirmation of US goodwill for the duration . When people wanna play Hermit Kingdom , them unreformed 20th Century Barbarians , they can surely manage to clone a 110 . Just like the Allied plane moniker assures that British designed plane must be All-American . Confused ? Goverment supporters think the post opening the very page is a sage advice to them , now that they sincerely believe it's them who will fight the interests of the US , to say the least .

for those who haven't tasted the experience , when the newspaper calls you a liar , you don't necessarily get a fill of anger , let alone blinding rage . Hence TR Motors is mere 7 months old . Which ı presume to mean Turkish Reaction Motors , now that Republic is a despised word . They don't name the initial choice and claim RR is still in the running as soon as the British give full rights to the design , so that famous "New" Turkey can start selling planes to the Arabs , fully produced here , even if the engines would arrive in Eskişehir 80% assembled already . All in all , a thing to keep things quiet at the coal-face . Looping to the first paragraph , ı was cursed on the street while coming to the webcafe and some other guy has already heard that ı have no issues with the Americans but despise the British . If silencing had not been in so much vogue , they would also know that they were amicably advised not to grow too much roots here and perhaps move to Doha , the future capital ...

And how is that a problem?

I'm surprised this hasn't been mentioned yet, at the same time as the Dassault unveiling, a model of the TF-X was also unveiled at Paris.
The TF-X looks pretty conventionally to be in the F-22/-35 mould, but seems to be fairly close to the previous concept images. 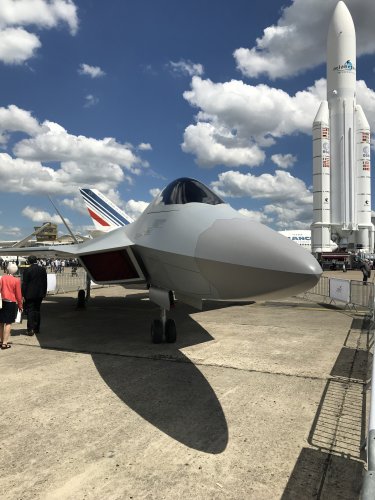 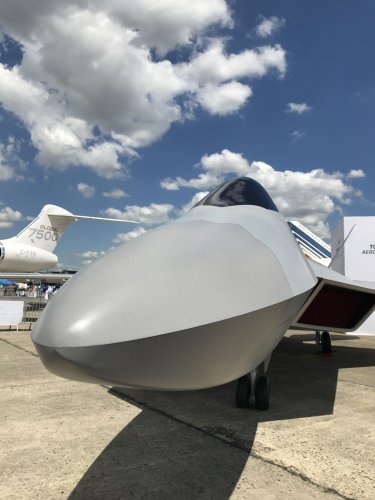 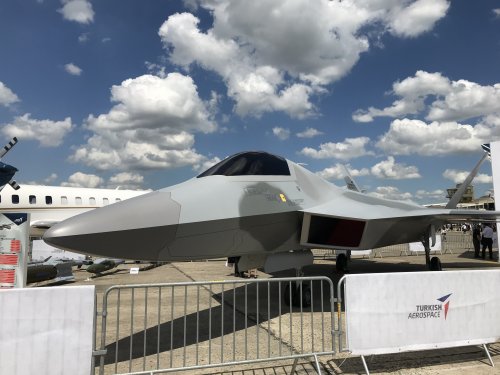 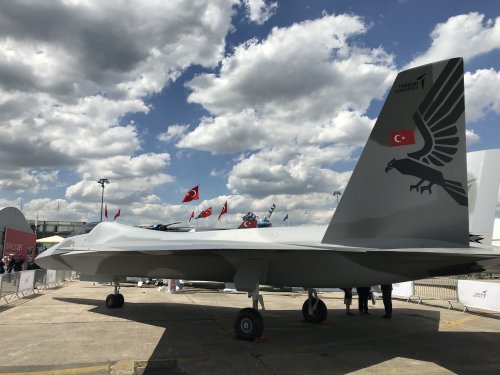 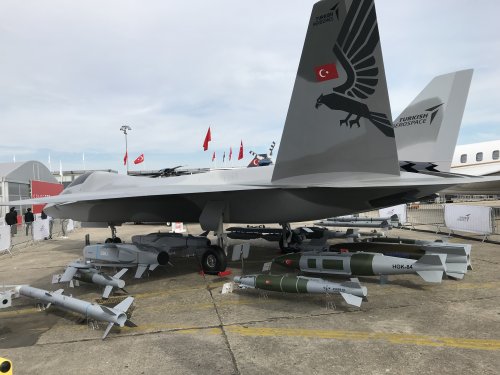 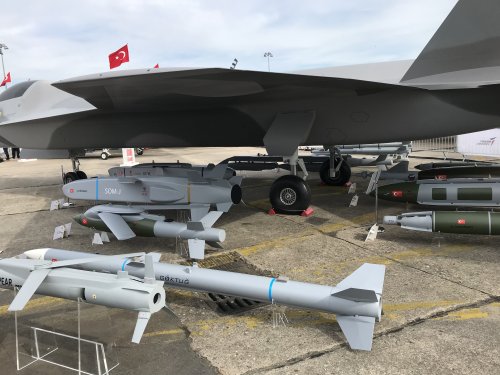 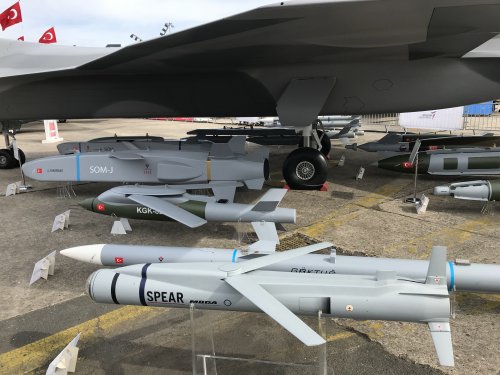 so , apparently there is indeed a guy named Roper in the US Defence Establishment and he wants very short span contracts , like 72 strong fighter programmes , running at 3 years at 24 per annum , that kind of thing , to get faster responses .

oh , ı should also answer now that it apparently didn't come online back in the day , like a year and 4 days back . Of course they are telling the F-110 is only for test , but the thing is America , of a sort , is fed up with the British running of the economy of the so called New Turkey , causing ripples of insignificant trouble , you know ... And what's a year in the history of states ? 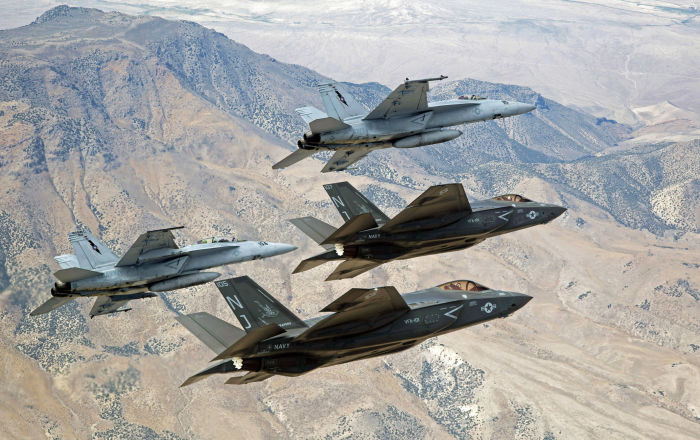 "The beginning of production of our own military planes, scheduled for 2033, will be the best response to those who do not wish to supply F-35 [fighter jets] to Turkey", Erdogan said in his speech at the opening of an ammunition recycling plant in the province of Kirikkale, broadcast by the Turkish NTV channel."

Especially given their economy and the on-going purges.
G

Those are second and tetriary (if purges even have any reasonable effect at engineering part of situation) to total lack of engineering school of developing fighter jet aircrafts (or any serious fixed wing aircraft in whole).
T

Purges killed Russian aviation in the 30's. It will have the same effect onTurkish's.
G

Purges in Soviet Union in 30s and in Turkey now are two drastically different things.

Thanks ... a very reasonable report, even if at the Key-Forum some won't like it.

Thanks ... a very reasonable report, even if at the Key-Forum some won't like it.
Click to expand...

I dont think anyone barely cared about the aircraft at that forum besides one Turkish user that got banned than the news of the aircraft died down over there. The biggest rage at f-16.net revolves around Turkey's situation with the s-400 or something gripen related. I am not really that shocked to see a high negative feedback here regarding Erdogan's quote.
H

ouch. that article was also a dig at the Su-57 too

feasibility aside, it looks pretty

VTOLicious said:
feasibility aside, it looks pretty
Click to expand...

Indeed ... and new models are popping up like mushrooms after a warm spring-shower ... IMO this does not make it more realistically. 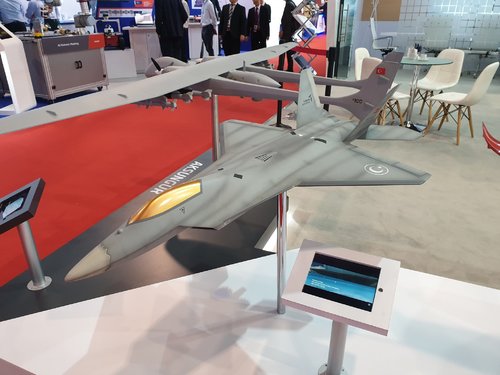 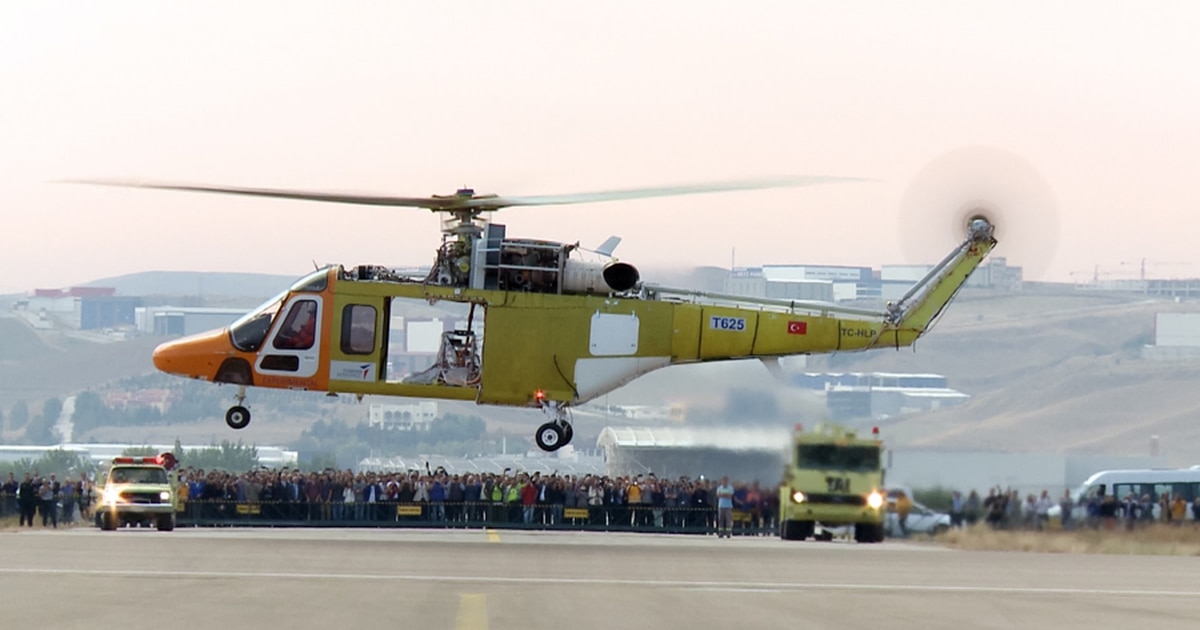 Turkey’s inability to produce an indigenous engine is harming some of the country’s otherwise successful domestic defense programs, according to industry and government officials.

In 2017, Kale Group and British company Rolls-Royce launched a joint venture to develop aircraft engines for Turkey, initially targeting the TF-X. But the £100 million (U.S. $124 million) deal was effectively put on hold due to uncertainties over technology transfer. In December, Turkish Foreign Minister Mevlüt Çavusoğlu said the government is keen to revive talks with Rolls-Royce.

When asked for an update on negotiations, a Rolls-Royce spokesperson told Defense News: “We submitted an engine co-development proposal to Turkey, but the customer has not elected to pursue this to date.”

A year before the Kale Group-Rolls-Royce partnership, Turkish Aerospace Industries — a sister company of TEI — signed a $125 million heads of agreement with U.K.-based firm BAE Systems to collaborate on the first development phase of the TF-X. Turkey originally planned to fly the TF-X in 2023, but aerospace officials are now eyeing 2025 at the earliest.
Click to expand...