This aircraft being developed with American SNC; which is also eleminated from USAF T-X contest

ocay said:
This aircraft being developed with American SNC; which is also eleminated from USAF T-X contest
Click to expand...

What do you mean, SNC eliminated from T-X?
M

TAI Hurjet and SNC Freedom Trainer are based on same design. Both aircraft will be fitted with Williams International FJ44-4M engines.

ocay said:
TAI Hurjet and SNC Freedom Trainer are based on same design. Both aircraft will be fitted with Williams International FJ44-4M engines.
Click to expand...

Surprised they went with such a sensible, low-powered choice. Considering the size of the airframe you would think the TFE731/F124 would be an easy choice, especially when the T-50a and BT-X are flying around with F404s.

so this is going to be the new trainer of the TAF, it`s in early stage but i like it....reminds me of the chinese L-15

The Hurjet is proposed to have a max. speed of Mach 1.2 which does not seem to be possible with two FJ44 (except perhaps in a dive?).

This seems to be the mock up. Has its configuration been confirmed yet? I have seen two different configurations, a single tail and a twin tail. Has construction started on a prototype, as its first flight is scheduled for 2022, which seems a bit tight. 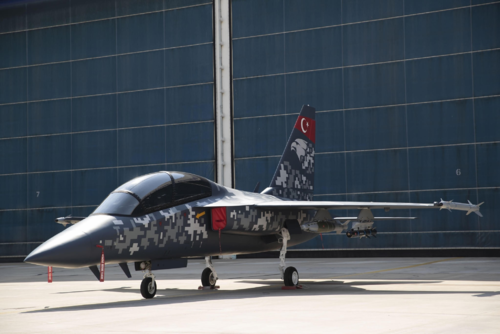 Eagerly waiting for the end of that pixelated trend.
Nice bird tho.
R 19200lbs or 8700kg thrust single engine mentioned in that link.
Is there any indication which engine this is?
R

galgot said:
Eagerly waiting for the end of that pixelated trend.
Nice bird tho.
Click to expand...

Same here. For some reason, it makes me slightly nauseous.

TAİ wanted to have the EJ200 but GE is also offering the F404....or TAİ want to have both of them arguing to get the price lower and providing some extras like JV or producing critical parts of the engine in-country.....bazar tactics!

Hurjet jet trainer - Some footage of the engineering simulator towards end of video
View: https://www.youtube.com/watch?v=sOubPehSg5Q&t=1s

First flight planned for December 2022
F404 engine, the first delivery will be in early 2022.
Protocol with the Navy will be soon to be signed for an aircraft carrier variant. It is foreseen that Hurjet can be used with modifications.
Catapult launch of Hurjet is also possible. More details after protocol.

Turkish Aerospace completed the Critical Design Review Meetings and finalized the design for HÜRJET, which Turkey is looking forward to seeing in the skies and the company employees are working hard to finish. HÜRJET’s detailed parts and assembly tools are already on the workbenches since its assembly will begin in June 2021.

The primary purpose of the project is to design and manufacture jet trainer aircraft with a single-engine and tandem cockpit, which will play a critical role in modern warplane training with superior performance characteristics. The project aims to design, manufacture, and complete qualification and certification processes of the new generation jet trainer aircraft which will replace the T-38 in the Air Force Command's inventory and the F-5 used in aerobatic shows. The first safe flight with the configuration specified within the scope of the project is planned to be performed at the end of 2022, and the completion of certification activities by the end of 2025. The launch of the jet trainer aircraft variant is also one of the project’s goals

The configurations are planned to include combat readiness training, light attack (close air support), counterforce duty in training, air patrol (armed and unarmed), acrobatic stunt aircraft, and aircraft carrier-compatible aircraft. Within the scope of the project, two prototype flying aircraft, one static test aircraft and one fatigue test aircraft to be used in test activities, are planned to be produced.

In the process, the configuration for the Prototype-1 aircraft was determined first and meetings were held with all system suppliers. System layout works were accelerated and aircraft structure was created in parallel. After the critical design and analysis activities were carried out, the Critical Design Phase was completed at the end of February 2021.

The publishing of the technical drawings of detailed parts, which started in January 2021, was accelerated after the Critical Design Phase was completed. The activities are aimed to be completed in May 2021. The parts for which technical drawings were published have started to be produced primarily in the auxiliary industry by Turkish Aerospace’s Vice Presidency of R&D and Prototype. In this context, 80 percent of the parts are planned to be manufactured by local auxiliary industry companies, and 20 percent by Turkish Aerospace’s facilities and capabilities.

The completion rate of the activities of the project's design team, which comprised circa 500 employees reached approximately 66 percent, initiating production. The first assembly tool installation continues.

A first in history
Turkish Aerospace, which carried out the design and development activities of a jet trainer aircraft for the first time in the history of aviation in Turkey, went beyond traditional detail part manufacturing methods and adopted a fast decision-making and tracking process within the scope of both design and production activities. Considering the increase in original product development projects throughout the company and the need to separate prototype and mass production activities, the responsibility of original prototype platform production was given to Turkish Aerospace’s Vice Presidency of R&D and Prototype in order to accelerate the prototype production processes.

Component-level assembly is planned to be initiated by August 2021 and completed by March 2022. Afterwards, Final Assembly Line and Ground/Flight Test activities will be carried out by the Vice Presidency of Flight.

This project will have great benefits for Turkey
This project will increase the employment of qualified engineers and create the necessary ecosystem to strengthen the capabilities of local companies in the defence and aviation industries. Moreover, it will enable these industries to attain a technically competent infrastructure in order to develop jet trainer aircraft. In addition, the participation of local companies in defence supply projects will also be increased. With the localization activities to be carried out intensively in the serial phase, many systems will be designed, developed, and manufactured in Turkey. HÜRJET and other indigenous products by Turkish Aerospace will decrease Turkey’s foreign dependency and offer protection against sanctions. Furthermore, by virtue of its testing and technological infrastructure installation activities, HÜRJET, which is expected to contribute to the country's economy with its export potential, will bring new opportunities and capabilities to the defence industry and the aviation sector

First images of Hurjet being assembled. Hurjet is also in Malaysian tender for Trainer Aircrafts. 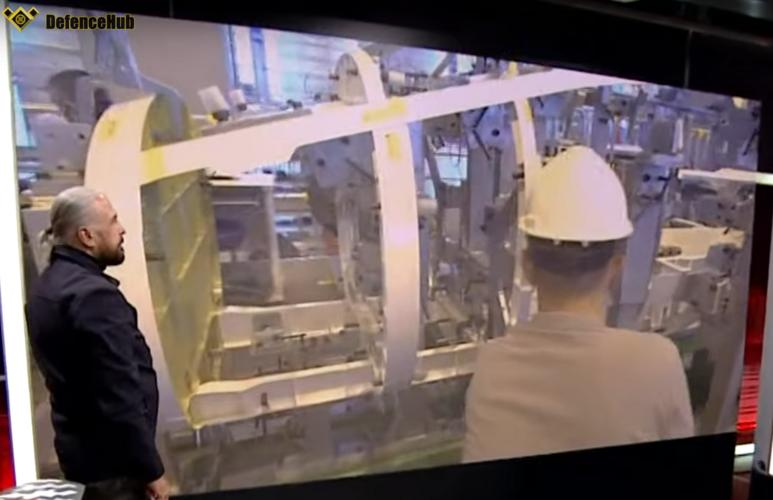 Front frame of the Hurjet being assembled; 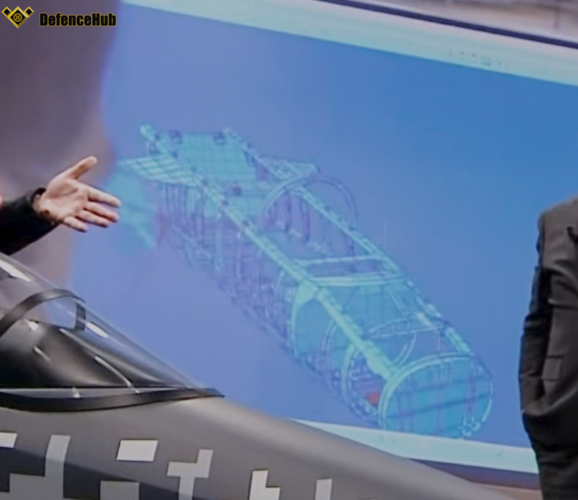 stimpy75 said:
so this is going to be the new trainer of the TAF, it`s in early stage but i like it....reminds me of the chinese L-15
Click to expand...

The double fin iteration has a sad background.

You see…sniff…that is actually an F-18 thalidomide..

stimpy75 said:
so this is going to be the new trainer of the TAF, it`s in early stage but i like it....reminds me of the chinese L-15
Click to expand...

The double fin iteration has a sad background.

You see…sniff…that is actually an F-18 thalidomide..
Click to expand...

It actually does have a sad background lol... It was suppose to be co-developed with Sierra Nevada Corporation, things changed a lot after coup attempt...
P