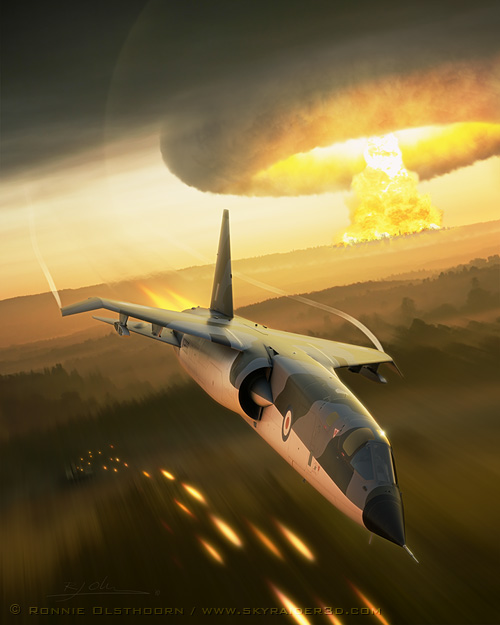 After their nuclear attack against a Soviet industrial target, the crew of this TSR2 dive back to the relative safety of supersonic low-level flight. With the bomber’s cover now broken, a “Shilka” self-propelled anti-aircraft gun is the first enemy unit to respond. As they speed away from the target, hopes are high for a safe return to their forward air base in West Germany... if it is still there. This is the doomsday scenario that could have unfolded, had the Cold War turned hot and had the TSR2 not been cancelled in 1965.


Around the height of the Cold War, the British government released a specification for a nuclear-capable strike and reconnaissance aircraft. The result was the British Aircraft Corporation TSR2. Sadly Britain was in a poor financial position at that time and simply couldn't afford this state-of-the-art machine. The cancellation that followed in 1965 nearly wiped out military aircraft production in the UK, as many of the companies involved went bankrupt.

This image was created for Damien Burke's superlative book TSR2, Britain's Lost Bomber, published by Crowood. If you have any interest in the TSR2 at all, this is the one book to get. It combines all the good stuff that has been published in the past, removes all the misinformation and myths that surrounds it and adds lots of new insight, information and fantastic technical detail that has been hidden in archives for over four decades. An absolute must for anyone interested in Cold War aviation. More information about this book can be found on http://www.tsr2.info

Prints of the cover art are available through my web store at http://www.digitalaviationart.com


PS. Below a few close-ups: 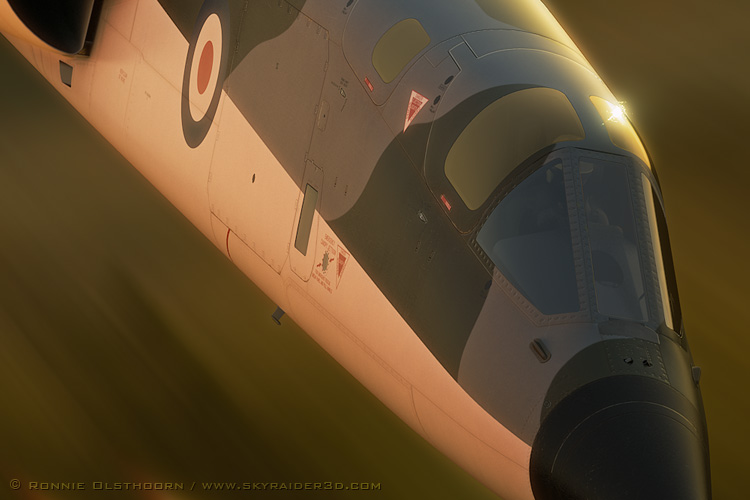 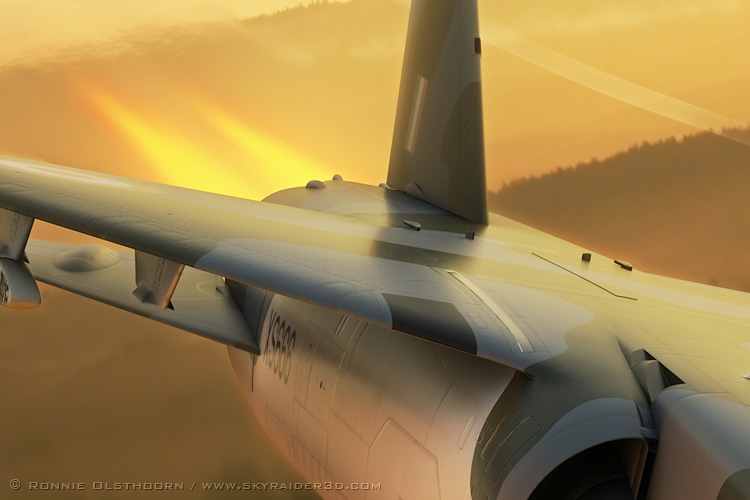 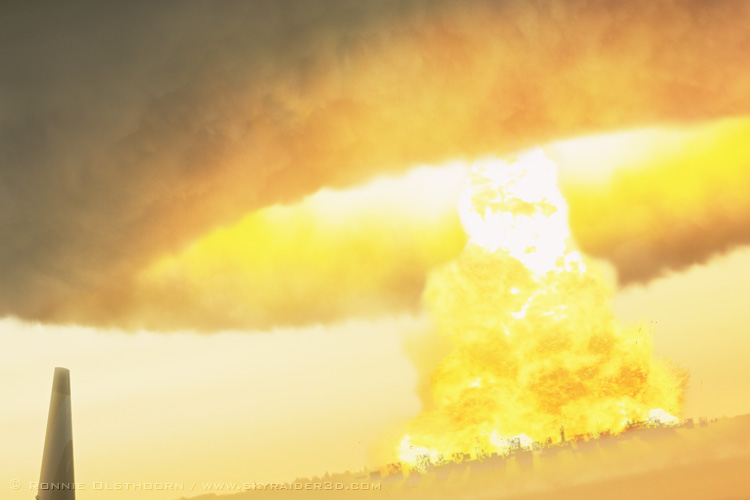 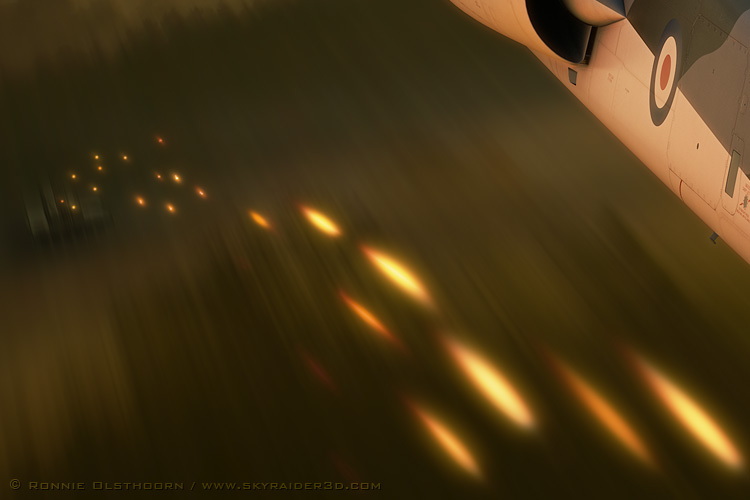 Almost 200 views and not a single reply. Is it that bad? Or are you all just sick from stuffed turkey and Christmas puddings?

I'm just thinking that anti-flash paint on the bottom isn't doing much good for this TSR.2 in a low altitude bombing but will certainly be helping the ZSU-23-4 gunner... Its a great picture.

I agree, wrap around camo would've likely been more appropriate, but this was the official scheme at the time of the cancellation in 1965 so I stuck to that. Plus it helps lifting the aircraft from the background!

I think it's amazingly gorgeous myself.

Skyraider3D said:
Almost 200 views and not a single reply. Is it that bad? Or are you all just sick from stuffed turkey and Christmas puddings?
Click to expand...

Actually, I got sucked into Wikipedia as a result. I've heard "Hell bent for leather" all my life, but not "Hell for leather," so I thought maybe you'd got it wrong, so I looked it up on Wiki and found you'd gotten it right (the phrase was popularized by some feller name of Kipling, who I gather was sort of a low-end knockoff of Mark Twain or some such), then wandered off into other avenues...

Skyraider3D said:
Almost 200 views and not a single reply. Is it that bad? Or are you all just sick from stuffed turkey and Christmas puddings?
Click to expand...

...Was the mushroom from a stock shot, or did you render that as well? If rendered, how about giving a quick tutorial on how you went about rendering it?

In any case, it's an excellent rendering.
A

Thanks a lot guys!

OM said:
Was the mushroom from a stock shot, or did you render that as well? If rendered, how about giving a quick tutorial on how you went about rendering it?
Click to expand...

The mushroom cloud was painted in Photoshop in under two hours. Using a photograph as reference material, I started sketching the ring, added glow in the middle and shading on the outside. Really quite crudely then blending it with the Smudge brush. The process was surprisingly quick and although it started out as a trial sketch I actually was pleased enough with the result to keep it. I added detail using a self-made photograph of solid cloud cover, seen from the top, curved to fit the ring. The centre of the explosion was made from a modified photo of airshow pyrotechnics I shot a few years ago.
I hope this answers your question.

The cover art is among the best i have ever seen. Period. I especially like how you captured the dynamicism (is that a word?) of the scene, the curving of the tracer shells. It just gives a great sense of motion.

That's a great compliment, Franz, thanks very much! I did my best to match the high quality of the book itself.

'Dynamics' is probably the word you're looking for. Yes, the tracers were curved to enhance the speed. In reality they probably should be curved more 'backwards' (as if the Shilka is tracking the target), though you get some gravity effect as well of course.

As if the main picture wasn't gorgeous enough the close ups are truly fantastic. I doodle planes but this is just so wonderful and evocative. Truly an inspiration, well done.

And how on that.
I

Mr writer probably new to the Soviet air defense system. Forgetting about the S-75 and S-125, and forgot all about tactical radius of which was no more than 900km that neither dokakih nuclear centers is not up to flying.
I can say about the pictures they are good