- Two VSTOL versions, designed by the german HFB, which
was deeply involved in the development of lift fan designs

- and an airliner version (a little bit OT here, but as it was derived
of a military type ... :

Three other versions are mentioned in several sources :
- The Super Transall 90, an improved version
- An AEW version with radoms in the bow and tail, similar
to the BAe Nimrod AEW and using the same systems
- An sea surveillance/ASW version
I would be happy to find any drawings/ model photos of them !

Nice - do you have specs/details on the VTOL variants?

The Airliner variant looks very much like some of the later ATR airliners.

The basic drawings were from "Bilder-Chronik HFB, 1955-69" ( pictorial chronic HFB),
there are quite a lot of photos of models and mock-ups and several drawings, too,
but not very much additional information. The two VTOL-Transall were each powered
by four unspecified jet engines, which for take-of and landing powered the tip driven
fan jets. There were quite a lot studies, to fit such lift fans to new or existing designs,
e.g. the HFB 320. Probably better known is the HFB 530 Ranger, which was developed
in conjunction with Ryan.

If I remember correctly, the G-222 started out as that combined Turbo-prop/lift jet proposal to NMBR4 - I have a complete paper on it somewhere - will dig it up if anyone is interested. In the meanwhile, here are some pics: 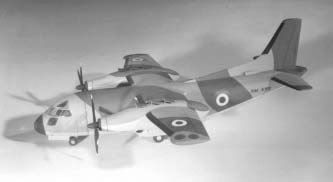 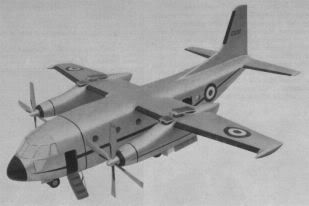 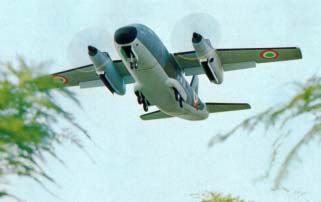 Many more in the paper.

GTX said:
If I remember correctly, the G-222 started out as that combined Turbo-prop/lift jet proposal to NMBR4 - I have a complete paper on it somewhere - will dig it up if anyone is interested.
Click to expand...

The answer is yes....or at least there was a rear ramp loading ATR proposal. The ATR-52 was obviously never built, and I strongly suspect that there were clearance issues regarding the ramp. Overall, the concept was similar to the Andover.

It's taking a little longer to find that paper than I hoped for. In the meanwhile, have a look here:

The C-161 was a planned civil derivative of the C-160, which was
proposed with jet engines, too, as the C-161J.
What I'm still looking for are any kind of pictures of the C-160S (ocean
surveillance), C-160ASF (armed C-160S) and especially the C-160AAA,
an AEW version with the radar system of the Nimrod AEW, and as the
the Nimrod , using a nose and tail radome.

Another try to find unbuild versions of the good old Transall.
The following photo was posted by Deino in another Forum, but interesting for
me is the small model, that looks like a Transall in a civil livery, maybe the pro-
posed Transall 90 ? Anyone, who knows this model/version, or has seen another
picture of it ?
There were several other proposed versions, most interesting for me would be the
AEW version with front and tail radomes. Any good source about the Transall ?

Which source? Which exhibition? Maybe this could put us on the right track ...

I think it was one of the ILA-airshows in Hannover ... but I have to check the original copy !

hello!
This picture date is 1978 (Hannover) or 1979 ( Paris) ,but it seems to show a standard Transall ;1978 was the year when the second(25) batch of the Transall
was resumed for Armée de l'air and...Aeropostale, so the civil livery...
...
I have too a query ,an old one...47 years old !
For the Transall ,four proposals were made late in 1958 :
-Nord Aviation ,France
-Hurel Dubois ,France
-Weser Flugzeugbau ,Germany
-Hamburger Flugzeugbau ,Germany

The Nord and Weser proposals merged 28 -1- 1959 to give the Transall
During this almost half century I never saw any pic of the four proposals
Many Thanks if anyone could help !

During my lunchbreak here, I can just post the Nord and the Hurel-Dubois/
Sud-Aviation proposals. For the HFB designs you'll have to wait until this
evening.
regarding the Transall model you may be quite right. To me it seemed to have
a more pointed nose and differnt engine nacelles, but with this small picture,
recognition of details probably is a lot of wishful thinking. :

Here are the proposals of HFB and Weser Flugzeugbau, basically the same aircraft,
HFB was responsible for the 4-engined AT 180 and Weserflugzeugbau for the
twin engined AT 150
(Drawings from "Bilder-Chronik HFB, 1955-69")

Many thanks, Jemiba !
The Transall " design " seems to owe much more to the Nord C 40 than to the Weser AT 150 ...The " merging " was perhaps mostly "political".
The Transall nose was early more rounded and later more pointed
I don't know when the change occured neither if it was retroffited .
Do you know the year and publisher of the "Bilder Chronik HFB ,1959 - 1969 "
thanks
RB

Yes, you're quite right with the C-40 as the true forerunner of the Transall and
with the different noses, too. AFAIK the shorter, more rounded nose was used
only for the prototypes and the pre-series a/c.

Regarding the "Bilder Chronik, I've to look it up at home, publisher was HFB
itself, I think. I've a number of copies, which I got from boxkite, who is the
lucky owner of this rare book.

In Interavia 11/1967 a version of the C-160 Transall is mentioned, which
should have been fitted with two additional R172 Adour engines, allowing
an increase of MTOW to 68 tons and giving a range of 4.650 miles with
7,5 tons payload. The type of the installation of these jet engines would be
very interesting for me.

Thank you, Mirage 4000,
the C-161/ C-161J were the civil derivatives of the C-160, the J
would have been fitted with P & W JT3D engines instead of the Tynes,
t least, that's what I've once found in some sources.
And it's mentioned, that the C-161 should have had a GE CJ610 auxiliary
jet engine, either in the tail or in the left sponson. So a similar installation
could have been used for the C-160 with Adours, too. But a wingtip
installation, as in the Noratlas, or underwing pods is possible, too ... ???

Not what you are looking for , but a Transall with 2 jets from Aviation Magazine 1972 ,showing nine VFW internal propositions for the VFW 624 .

"Not what you are looking for "
ALL versions are interesting for me, thanks for this one ! Any more informations ?
Or anything about the 4 Dart powered proposal ?

Sorry ,nothing more about this STOL C 160,but this study may interest somebody here :

richard said:
Sorry ,nothing more about this STOL C 160,but this study may interest somebody here :

An interesting concept - with the unexpected feature of assymetrical thrust diverters. Overall, it reminds me of the Medway powered version of the AW.681, albeit scaled down. I do have to wonder about the engines, which surely must be in the same thrust category as the Spey? Were any dimensions or specifications given?

Btw La Poste Française was the only civilian operator of the Transall, I think four of them were used to carry mail.

I think, the indonesian C-160NG, used by Manunggal Air Services, are more or less
civilan operaed, too, although AFAIK this carrier is government owned, so probably
would be used for military purposes, too, if the need arises.
At least the livery looks civilian ...
(Frm http://www.flugzeugbilder.de/show.php?id=227196)

Intresting, Transalls with Jetengine (on J-161)

Had the performance be better as with turboprop ?
A

Dear Boys and Girls, here is a contemporary description in French of the Transall C-161J as a short-range commercial jet freighter powered by 2 Pratt & Whitney JT3-D Turbofans. It isn't "secret", but it is a "project"......

The article comes from the 1st December 1967 issue of Aviation Magazine International......

Thanks for that article Terry !
In Aviation Week 1967 a picture with the intended way of loading/unloading
was shown, using a special trailer to achieve very short turn-around times.

Dear Jemiba, here is a earlier description in French of the Transall C-161J as a short-range commercial jet freighter powered by 2 Pratt & Whitney JT3-D Turbofans......

The article comes from the 15th November 1967 issue of Aviation Magazine International......

Dear Boys and Girls, here is a contemporary description in French of the Transall C-161 as a short-range commercial turboprop freighter. It isn't "secret", but it is a "project"......

The article comes from the 1st April 1967 issue of Aviation Magazine International......