The True Origins of Stealth

Recent research has discovered the truths of the origins of America’s stealth programme. The official public version of events is that in August 1975 DARPA awarded Lockheed’s ‘Skunk Works’ a study contract to develop a faceted stealth research aircraft, the resulting Have Blue programme creating the XST-1, flown – and crashed – on 1 December 1977 and the XST-2 flown on 20 July 1978. The actual origins of this programme had far older and more secret history.

The shooting down of Gary Power’s Lockheed U-2 on 1 May 1960 was publicly a moment of triumph for the USSR’s air defences. But behind closed doors Khrushchev was unhappy. If the Dvina SAM could shoot down a U-2, then Soviet aircraft were just as vulnerable to NATO defences. Already a great admirer of missile technology, Khrushchev was prepared to fully back ICBMs and SAMs as the weapons of the future. Soviet Air Force generals were not so happy to give up. They proposed a new kind of aircraft, one that was invisible to radar that could be used to strike key Western defence targets. The Cuban Missile Crisis of October 1962 further reinforced the need. The Soviet Ministry of Aircraft Production in 1963 assigned the task to three of its greatest design bureaus; MiG, Sukhoi and Tupolev.

Codenamed Aurora after the cruiser which fired the first shots of the revolution, the preliminary designs were assessed. Tupolev’s design was eliminated, leaving MiG and Sukhoi. The radical idea of angled, faceted surfaces required a great deal of research and development. Computer-aided mathematical predictions took time to complete, thousands of hours of testing models in anechoic chambers had to make up this shortfall in computing power. The research into RAM materials also took time. Both designs emerged looking similar but Sukhoi’s design was selected for full development and two prototypes were ordered. To this day researchers have not been able to identify the ‘S-‘ designation applied.

The first prototype did not fly until July 1968, from a remote airfield in Kazakhstan. Being extremely difficult to handle, it was sent back for major modifications, not flying again until 1970. The second prototype was also modified but was flown in late 1969. After the usual handling tests, both were used in extensive trials against a wide range of Soviet radar systems. There are rumours that at least another two prototypes were built and that at least one crashed.

The CIA seemed largely unaware of the programme but things would change during the Six Day War in 1973. Following a series of highly accurate strikes on key radar sites and two C-130 Hercules shot down without warning at night, Israeli defence forces picked up radio transmissions by Russian pilots. It seems the Soviets had not passed up the chance to test the Aurora’s strike capability. Intelligence went into action, of particular attention was the previous debriefing of a Soviet MiG-21 instructor pilot who had been shot down over Vietnam and fallen into US hands. He had spoken of seeing a secret aircraft which he called, ‘The Pyramid’. The search was now on.

‘The Pyramid’ was eventually found on a routine KH-11 sortie, one of the prototypes visible on a taxiway at an airfield near the Caspian Sea. The CIA and Mossad began planning an operation to steal ‘The Pyramid’ and fly it back to the West. The resulting operation in 1975 is still shrouded in secrecy, but it appears that two Israelis, posing as Soviet pilots from Ramenskoye managed to get aboard the two aircraft and fly them back to Israel, the US organising the transit over Iran. Rumours of this operation circulated and seems to have inspired Craig Thomas’ novel ‘Firefox’ which appeared in 1977, substituting ‘The Pyramid’ for the thought-controlled MiG Firefox. It wasn’t until 1997 that Finnish aviation historian Samo Let discovered the truth about the loss of the Auroras from newly opened Soviet archives.

The aircraft were crated up and ferried out by Lockheed C-5 Galaxy to, it is believed, Groom Lake. The aircraft did not get away unscathed however. One of the aircraft – later known as XST-2 – was badly damaged on landing in Israel and required a new undercarriage taken from a Northrop F-5. Lockheed’s Skunk Works was the only suitable contractor to enable the aircraft to fly again. The original AI-25 turbofan was replaced by a J-85. The two Aurora aircraft later gained the cover name XST for ‘eX Soviet Technology’ and testing began, internally to the USAF they were YF-116s. Unused to the controls, the pilot crashed XST-1 on its maiden flight on 1 December 1977 in a terrible blow to the programme. The remains were used in static tests in anechoic chambers. The XST-2 was flown on 20 July 1978.

The Skunk Works wasn’t terribly impressed with the Sukhoi design. Bits of the RAM coating fell off in chunks, the airframe was too small and terrible to handle with its basic control and stabilisation system. In 1978 Senior Trend began to build upon this stealth technology which would result in the similar but far more capable F-117A.

The Soviets of course were not happy. The US attempted a large scale disinformation campaign using depictions of blended wing designs such as the famous Loral advert in an attempt to shield its possession of the two Aurora aircraft. When a careless official included reference to Aroura in a 1985 DoD budget document suspicions were aroused. Many aviation journalists fastened on the mythical hypersonic reconnaissance platform theory but in fact the money was probably connected with testing of improved RAM materials on the XST, with rumours the Skunk Works may have built more XSTs for test work before the F-117 was completed. It seems likely that Israel used one or more of the XSTs in Operation Opera on 7 June 1981 against the Iraqi reactor at Osirak. This mission proving the value of stealth and providing impetus to the Senior Trend programme.

The KGB fought back with its own operation to blow the US’s cover. Knowing that eventually the products of the XST espionage would become public knowledge, the KGB intentionally leaked plans of MiG’s 1963 unsuccessful competing design. Via contacts in the Italian Communist Party, the plastic model firm Italeri were given modified copies of the plans to enable them to make the speculative stealth kit called the MiG-37 ‘Ferret’. The kit became famous and hinted very strongly at the eventual shape of the F-117. Everyone dismissed it as a model maker’s dream. In fact, as Samo Let found out as he dug deeper, that while the name was fictional, the MiG design was in fact real.

So it was that the F-117A came to be. The USSR having lost its prototypes and their dissatisfaction with the poor handling and performance of the early RAM coating abandoned its programme and all truth of the affair was lost to myth and history.

Long way up the mirror

Check the date, all the source you need lol.

Did you notice today's date? Darn, Sabre, you type faster than me.

Could be a Sputnik 1st of the month fish.

Hood, thank you for the comprehensive story!


Hood said:
To this day researchers have not been able to identify the ‘S-‘ designation applied.
Click to expand...

Possible reason is the "T"-system of Sukhoi' experimental aircraft designations, which equipped with triangle wings. As "S"-system" (for swept wings) it has many gaps and unexpected indexes, remaning generally based on ascending numbers. For example, T-3, T-4, T-58 and others, like PT-series... Real problem for current and future researches.
Perhaps, with your's story we could fill one of these gaps?

and for Whovians everywhere,

JODIE QUITS! JULIA FOSTER IS THE 14TH DOCTOR, WITH TENNANT BACK AS COMPANION 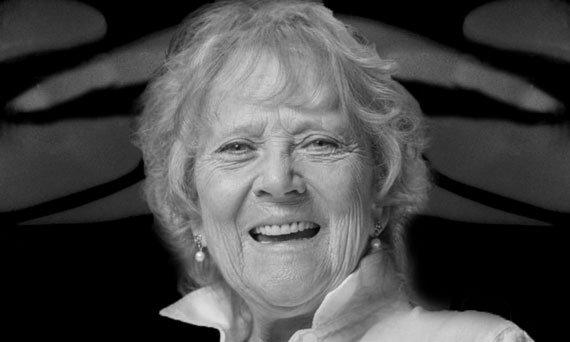 Jodie Quits! Julia Foster is the 14th Doctor, with Tennant Back as Companion | Doctor Who TV