OneWeb foreclosure illustrates the danger of fantom satellites leftover from the collapse of service providers.

It's in my belief that something like a federal agency but world scale should guarantee for the public the safe removal of abandonned redundant satellites.

IMOHO it could be financed by a ratio taxed on satellite value (non-military).

Does it exist already on one form or another? What's your point of view on the subject? What could be the negative impact on the business?

You know there are likely a lot of valuable metals & such in those things. Wonder if Elon could make a profit off it? You could drop off supplies at the space station, swing by and pick up a junk satellite on the way down. Seriously though I agree that someone ought to do something about it. I am disinclined to leave it to governments as they will study and committee the effort to death.
T

It's an idea that makes sense.
Another could be to have a leftover Starship with a robotic arm and just fill the empty reservoir section with junk sats. From time to time, a team could then inhabit the Starship and scrap usefull material until there is enough value to pay for a return on earth.

Alternatively, scrap material could be offered for sale to anyone willing to use it in space at a bargain price!
(no launch cost added per pound)
Last edited: Jun 30, 2020
A

In my alt-history space program, Lockheed Agena rocket stage is mass produced for a shitload of customers. At some point they create exactly this - and call it SAFESAT.
The Agena was small and cheap yet it had some amazing delta-v, even more since it ran on storable props.
Fregat would be similar, on the russian side.
H

For most satellites, there's no need to bring in an external spacecraft to deorbit the sat. Companies are already required to make sure their satellite is deorbited at the end of its useful life. The only thing that might be needed is a provision to make sure satellite operation is taken over by someone when a company goes bankrupt. But with the amount of money involved, it's pretty unlikely nobody would step up to buy the assets in such a bankruptcy.

So how much would a government or industry pay to have me zip up their in my reusable space platform attach a big enough motor and guidance package to deorbit something? Sadly this sounds unprofitable and thus a government only program. Which means I will be pushing up daisies before it happens
T

Yet, the status quo is unsustainable.

TomcatViP said:
Yet, the status quo is unsustainable.
Click to expand...

Well has the government select committee briefed out on their findings to ascertain the best way to begin the work of establishing the context for the council that will develop the guidelines for in fact defining if the data that indicates the unsustainability is in fact true? 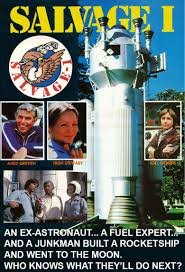 NASA used to publish a regularly updated list of space debris. Various large objects have been deorbited and allowed to burn up. Since regular space flight on a daily launch level is coming, any space debris in the way will have to be removed. At escape velocity, even hitting a small object would be bad. No need to set up an agency. All players have a need to know where everything is and a need to clear the skies.
H

TomcatViP said:
It's an idea that makes sense.
Another could be to have a leftover Starship with a robotic arm and just fill the empty reservoir section with junk sats. From time to time, a team could then inhabit the Starship and scrap usefull material until there is enough value to pay for a return on earth.
Click to expand...

That's generally not feasible with current propulsion technology. You need so much propellant to move to a different orbit that you'd be limited to a small number of pickups.
T

@Hobbes :I think that given the future value of the pound to orbit, extra fuel left as spare is manageable (the sat itself rendez-vous with the picking station).

On the administrative side (and complementing what @yasotay said), a good SJA (anyone with a more striking name?!) would have an enforcing department akin to an IRS that would automatically size assets in case of foreclosure to cover for an immediate safe disposal of leftovers assets in orbit.
That way, any private/public endeavor will plan in their budget for a better solution of their own and never a OneWeb case will happen again*.
That means judiciary power at world scale opening regulation in Space (space is a free vaccum but no lawlessness) ...

Obviously, monitoring activity would have to be part of the agency (that doesn't exclude competitive/national similar activity like Nasa does today).

I understand that it sounds now like a big gov service drawing heavy budget on entrepreneurs but reasonably a small cluster of competent individual with appropriate means and power could do this. It could be managed either by competitive RFI and selected contractors for a given period of time or/and as a small roll of elite governement professionals with paid incentives (scientists, inspector, jurist etc..).


* what comes next as an evidence is a private service backed by insurance funds that will in effect takeover the scrapping scenario in the most extreme cases. Hence @yasotay , here is your big scraping orbital station
Last edited: Jun 30, 2020
A

Plane changes are one of those things that make spaceflight counter-intuitive compared to atmospheric flight.

Same for plane changes. Hubble was launched into a 28.5° orbit because Shuttle & Cape Canaveral. ISS went to 51.6° because Baikonur. The difference in altitude isn't that big: going from 400 to 600 km merely takes 150 m/s.

By contrast the plane change from 28.5° to 51.6° takes insane amounts of energy: high thrust & Hohmann, 3 km/s. Nearly as much as Earth escape !

This page is really excellent.

An overview of orbital mechanics including types of orbits, mathematical formulae, and example problems.
www.braeunig.us

7600 is the orbital speed. It gets lower for higher orbits (another counter-intuitive thing: GEO Comsats, the Moon speed around Earth are in a 1 km/s to 3 km /s ballpark)

23.1 is the plane change in degree

Yikes. Nearly as much as a one-way trip to the lunar surface !

Note than a stock Lockheed Agena, with zero payload, had a delta-v of

Obviously orbital plane discretisation would be a must. But since commercial entreprise is led by demand and profit, most sat operate in a range of ordonned latitude.

Also, migrating from one plane to another can be done efficiently if you have no constraint in time (your link) :

I think that eventually this will have to be a government agency, or tasked with an existing government agency (less bureaucracy than a new agency). It might actually be a mission for the USAF/Space Force. It seems unlikely that recovering these satellites would ever be cost effective and it seems unlikely to me that physically collecting satellites is propellant effective. I would think for LEO, the best method would be to simply apply a thrust. Either a cheap cube sat with a burst motor to make the sat drift lower into atmospheric drag, or something larger with ion engines that more slowly pushes things down then brings itself back up to another piece of debris. Alternatively, a laser system in a higher orbit might be able to slowly push lower orbit items down. It wouldn't need to be especially powerful, the idea would be to lase numerous times over a long period as objects came into range as a to push things into atmo drag. Then the energy for the push can come from sunlight or a nuke plant instead of having to carry propellant, and to the extent station keeping is necessary, a high efficiency ion engine can be used since rapid changes wouldn't be necessary for operation.
E

I get the impression posters are unaware of what's already being done in this area. For a satellite operator to get launch approval, he has to show he has a plan to deorbit (*) his satellite at EOL (either actively, or by putting it into an orbit with enough atmospheric drag that it'll decay in a set timeframe). Rocket stages have to be passivated once they've been spent, and also have to be put into orbits from which they'll decay.

OneWeb shows a possible loophole (satellite operator goes bankrupt), but they're not the first operator to go bankrupt either (Iridium, for example) and procedures seem to be in place for this case as well: if no buyer is found, the company has to deorbit their sats as part of their shutdown.

*: for geostationary sats, the sat has to be moved to a graveyard orbit instead.
T

Thank you @Hobbes, very nice from you to confirm that. But my fear is that this is not Enforced.

There also is debris that predates such things, and also debris associated with the launching craft. While there usually are protocols now adays to depressurize fuel tanks and float satellites to lower orbits, there is no body that enforces this for all countries and some junk predates such considerations. I believe an booster stage blew up in orbit just a few months ago due to residual fuel or oxidizer in its tanks.

The record holders for oldest space junk are the Vanguard series.

in my files there are some old (French) articles about this : 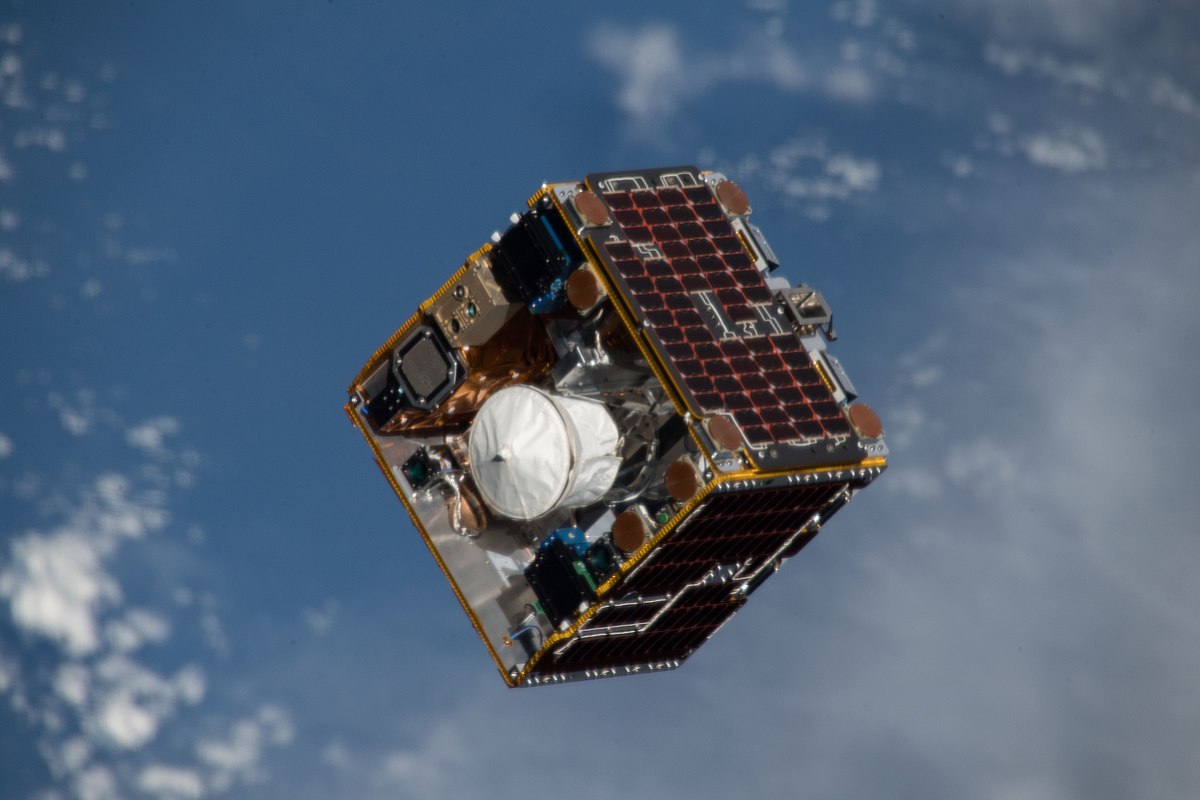 7600 is the orbital speed. It gets lower for higher orbits (another counter-intuitive thing: GEO Comsats, the Moon speed around Earth are in a 1 km/s to 3 km /s ballpark)

23.1 is the plane change in degree

Yikes. Nearly as much as a one-way trip to the lunar surface !

Note than a stock Lockheed Agena, with zero payload, had a delta-v of

If I remember correctly, for a lot of plane changes it's actually cheaper in dV to boost out to a much higher, slower orbit, do your plane change out there where it's considerable cheaper in dV terms then come back to the original target altitude.
You must log in or register to reply here.
Share:
Facebook Twitter Reddit Pinterest Tumblr WhatsApp Email Link
Top