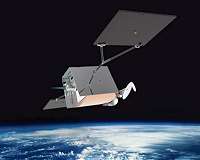 Bethesda MD (SPX) Apr 07, 2020 - The OneWeb satellite system was a planned initial 650-satelliteconstellation that was in the process of being built out with 74 satellites already in orbit. The goal was to provide global satellite
www.spacedaily.com

Bethesda MD (SPX) Apr 07, 2020 - The OneWeb satellite system was a planned initial 650-satelliteconstellation that was in the process of being built out with 74 satellites already in orbit. The goal was to provide global satellite
www.spacedaily.com
Click to expand...

What will happen to the satellites that are already in orbit? Will SpaceX buy them?

They are hoping to be able to reorganise under bankruptcy protection. Failing that, the UK government will have to assume responsibility for the deployed satellites in the short-term. Long term? I'm not sure if anyone really knows in the current circumstances.
H

FighterJock said:
What will happen to the satellites that are already in orbit? Will SpaceX buy them?
Click to expand...

That would generate quite a few headaches trying to integrate them into SpaceX's organization: these sats are likely to use different command & control and communications standards to what SpaceX uses. When you consider that 74 sats is a tiny number compared to the number SpaceX are cranking out, it might be more trouble than it's worth.

A few older posts from other threads. 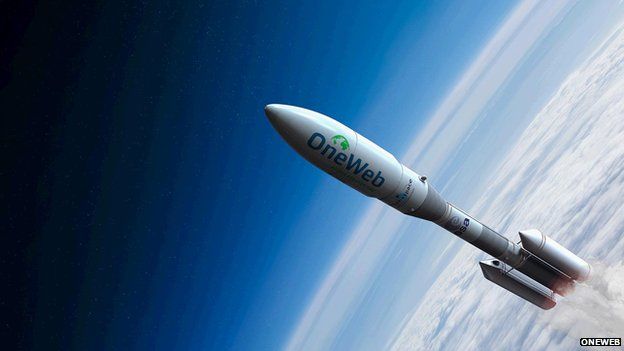 ORIGINAL CAPTION: The forthcoming Ariane 6 rocket would be used at a later stage to replenish the satellite fleet 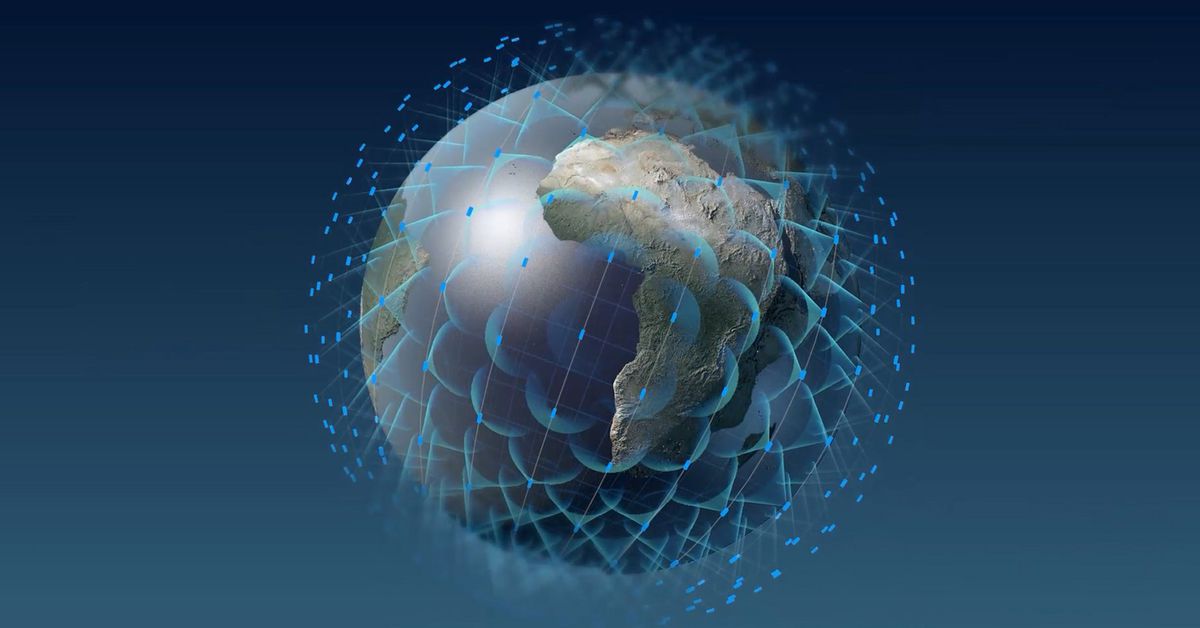 Grey Havoc said:
On a related note, meant to add this ages ago:

After years of relentless legal badgering from internet satellite constellation competitor OneWeb, SpaceX’s regulatory and legal affairs team appears to have begun to (in a professional manner) lose patience with the constant barrage. On February 21st, SpaceX published a withering refutation of...

Grey Havoc said:
I thought there was a dedicated thread for OneWeb but apparently not. I'll park this here for the moment, since it does impact SpaceX, and set up an OneWeb thread later. 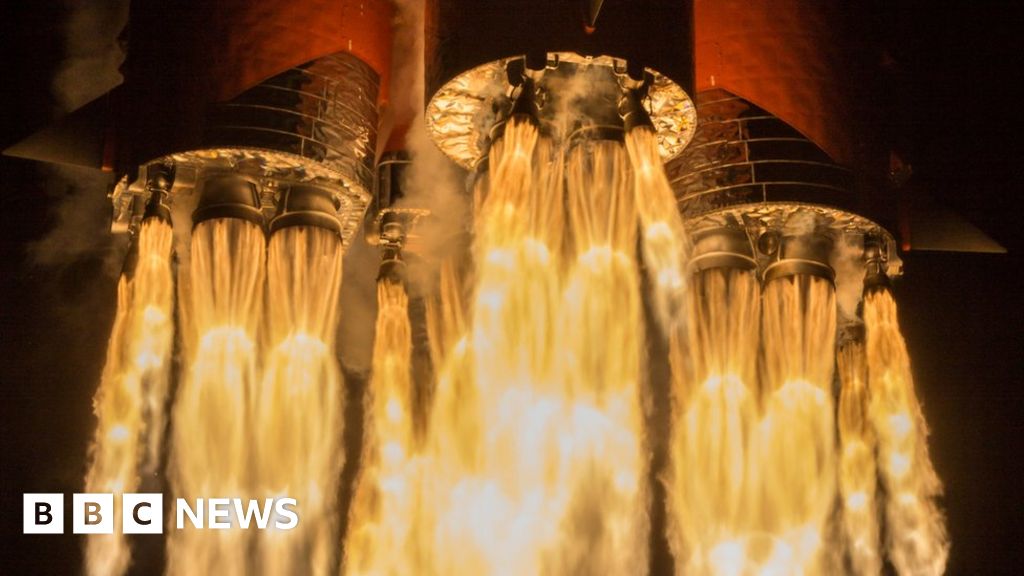 Back to the present, via Slashdot: 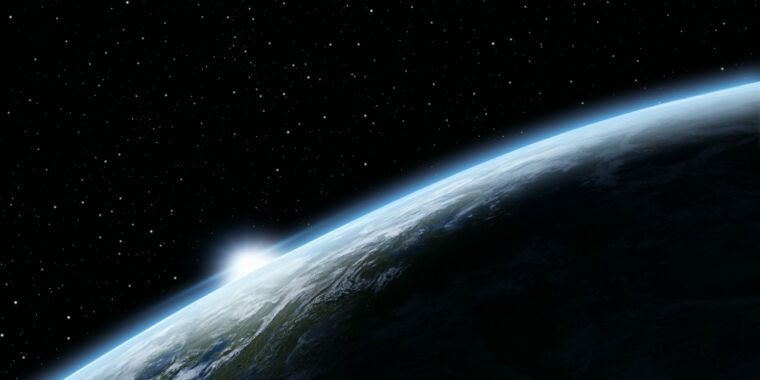 Bankrupt OneWeb seeks license for 48,000 satellites, even more than SpaceX

OneWeb asks FCC for expanded license as it prepares to exit bankruptcy.

OneWeb has also received interest from Amazon and France's Eutelsat

The UK is on course to spend £402 million on a stake in OneWeb, the US satellite operator

Wouldn't it be a good bargain for a quick first step to sovereign access to space? The private partnership would retake gradual control once a better system is up taking advantage of gov quick investments to secure ownership.
1/2 billion pounds doesn't seem like a money pit.

TomcatViP said:
Wouldn't it be a good bargain for a quick first step to sovereign access to space? The private partnership would retake gradual control once a better system is up taking advantage of gov quick investments to secure ownership.
1/2 billion pounds doesn't seem like a money pit.
Click to expand...

OneWeb doesn't have launch services; they still need to buy actual access to space from someone else. At this point that means Roscosmos, which at least has an absurd backstock of launch vehicles stored. But far from soverign access.
T

I was thinking the sats already up would suffice.
Last edited: Jun 29, 2020
H

no, the OneWeb sats are not navigation satellites, they lack essential equipment like the atomic clock. The constellation is also in too low an orbit to be useful for navigation.
T

So then, the game is afoot.

OneWeb reminds me just a web hosting not a brand of sats .

.@AlokSharma_RDG @beisgovuk: UK government purchase of @OneWeb was not driven by thoughts of a future global navigation system. @CommonsBEIS
Click to expand...

The U.S. Bankruptcy Court for the Southern District of New York has heard the @OneWeb case today and "Project Lighthouse" (the plan by UK HMG and Bharti to pull the company out of Chapter 11) is approved. Statement just issued by Oneweb
Click to expand...

.@OneWeb received permission from the bankruptcy court to pay @OneWebSatellit1 to resume building its satellites allowing to "preserve its supply chain". Number of built sats was not specified. Contracts to be modified as part of acquisition.
Click to expand...

The key name here is the one I’ve bolded in this quote.

Whatever the future direction, space now has a seat at the top table. A new UK Space Council is being chaired by Chancellor Rishi Sunak and the sector has the personal interest of Dominic Cummings, Boris Johnson's top adviser. The Government’s overarching goal remains a 10pc share of the £400bn space economy by 2030.
Click to expand...

OneWeb update: all but a few of the Launch 2 sats are now at operational altitude. The Launch 3 sats are set to arrive in the next few weeks.
Click to expand...


Nice to see some many satellites ready for the next launch @OneWeb @OneWebSatellit1
Click to expand... 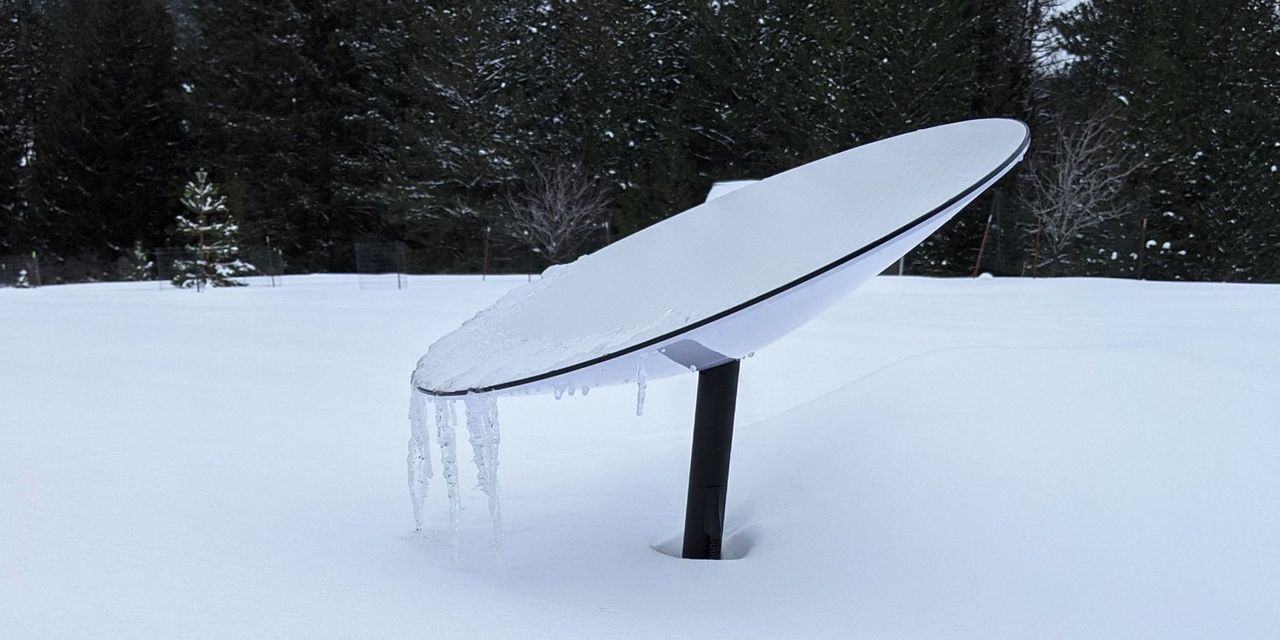 For rural homesteaders and suburbanites alike, no matter where they live on the globe, fast, reliable internet connectivity is on its way—from outer space. 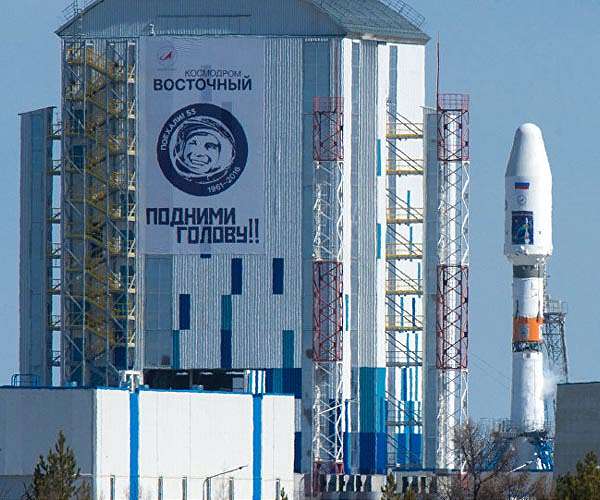 Arianespace to hit its stride with next OneWeb launch

Vostochny Cosmodrome (SPX) Mar 19, 2021 - By operating this fifth flight on behalf of OneWeb, Arianespace will bring the total fleet to 146 satellites in Low Earth Orbit. Arianespace is proud to share in the fulfilment of its customer's ult
www.spacedaily.com 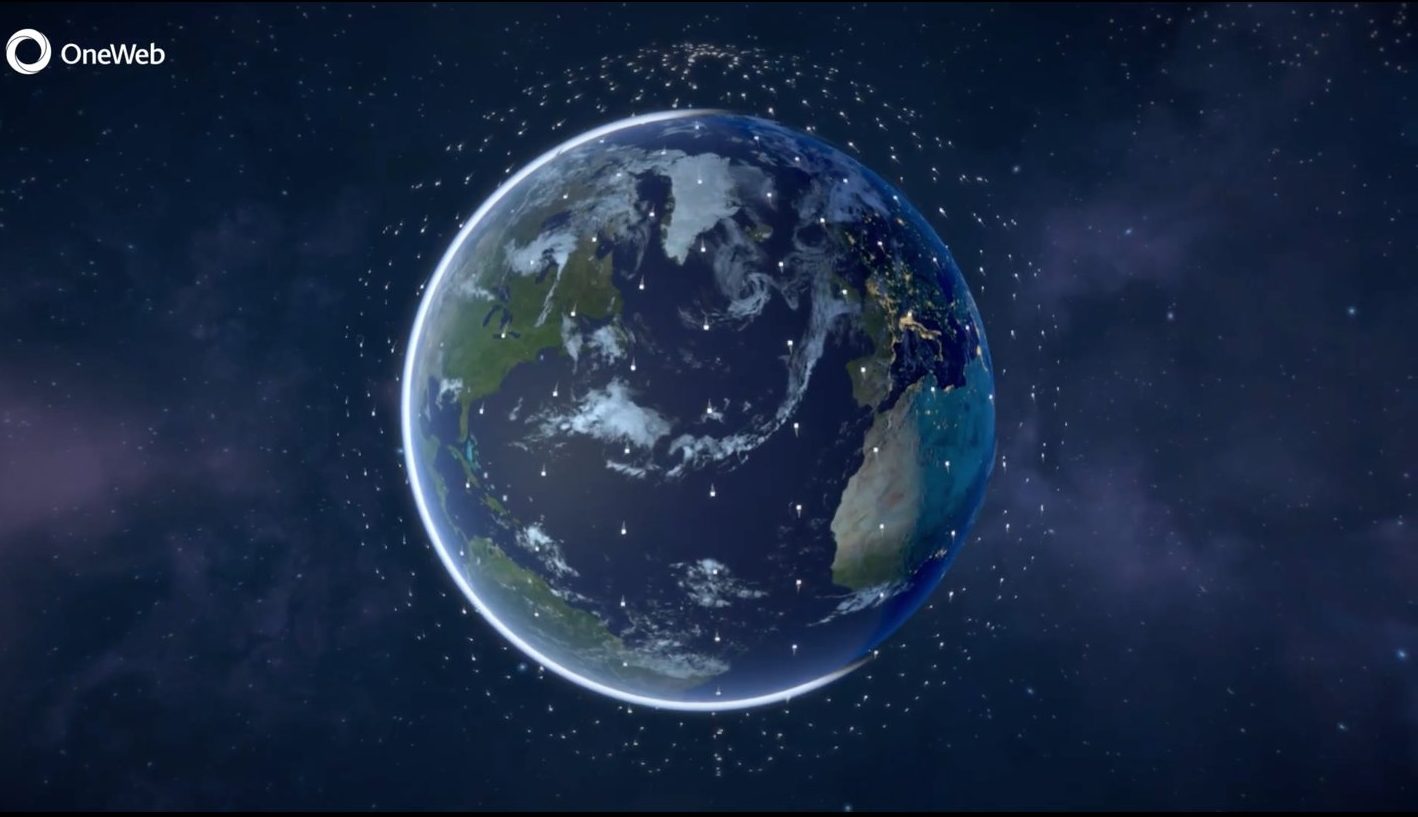 The CEO of OneWeb says the company is still pursuing some kind of navigation capability for its broadband satellite constellation.

"Two satellites from the fast-growing constellations of OneWeb and SpaceX's Starlink dodged a dangerously close approach with one another in orbit," reported The Verge, citing representatives from both OneWeb and the U.S. Space Force. UPDATE (April 22): SpaceX strongly disputes OneWeb's...
science.slashdot.org

In a follow-up to a story previously reported, Slashdot reader Turkinolith shares a report from Teslarati: In the latest trials and tribulations of a SpaceX Starlink competitor that went bankrupt after spending $3 billion to launch just 74 small internet satellites, it appears that OneWeb...
science.slashdot.org

"As it turns out, OneWeb's "near-miss" appears to have been a farce and the company scrambled to promise to retract those statements in an April 20th meeting with the FCC and SpaceX."
This comes from a filing by, well, SpaceX. Other, less Musk-boot-licky sources, checked on OneWeb's response - and in their own filing they say they made no such promise or offer to retract anything, and stand by the story. Also, complaints about SpaceX's behavior in this particular venture are not exactly peculiar to OneWeb. This may or may not be a publicity game, but the posted article is essentially an unquestioning parroting of the SpaceX official line.

Eutelsat, which is backed by the French government, will join forces with British satellite operator to offer new services

Taxpayer-backed OneWeb pushes for role in UK challenger to GPS 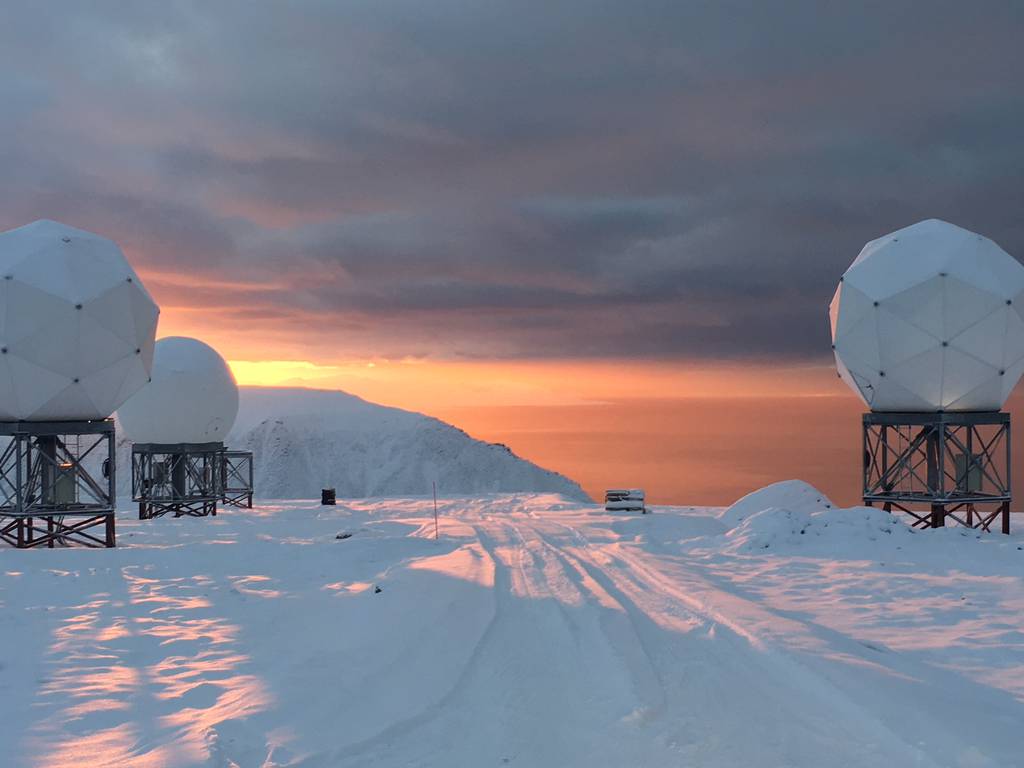 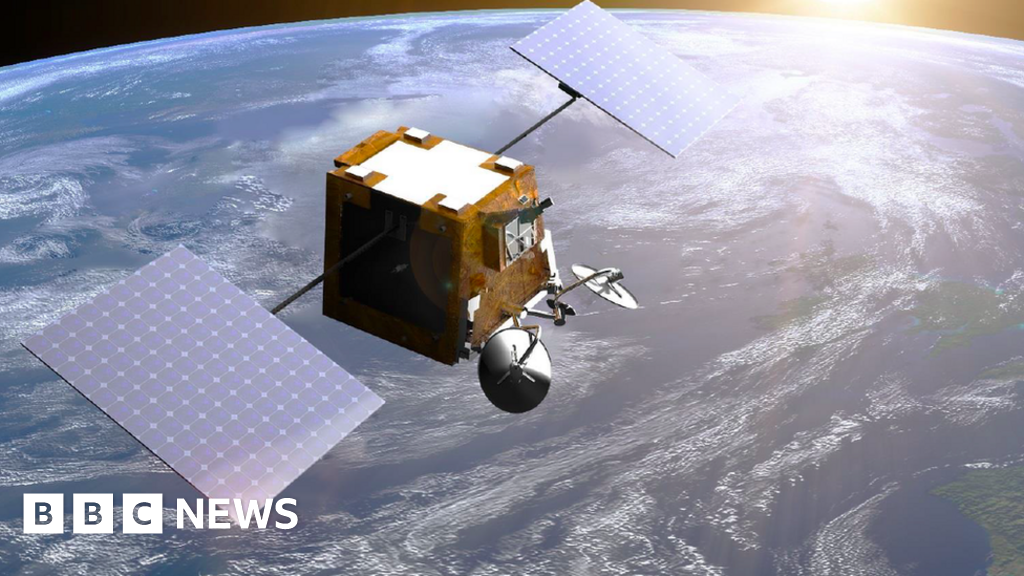 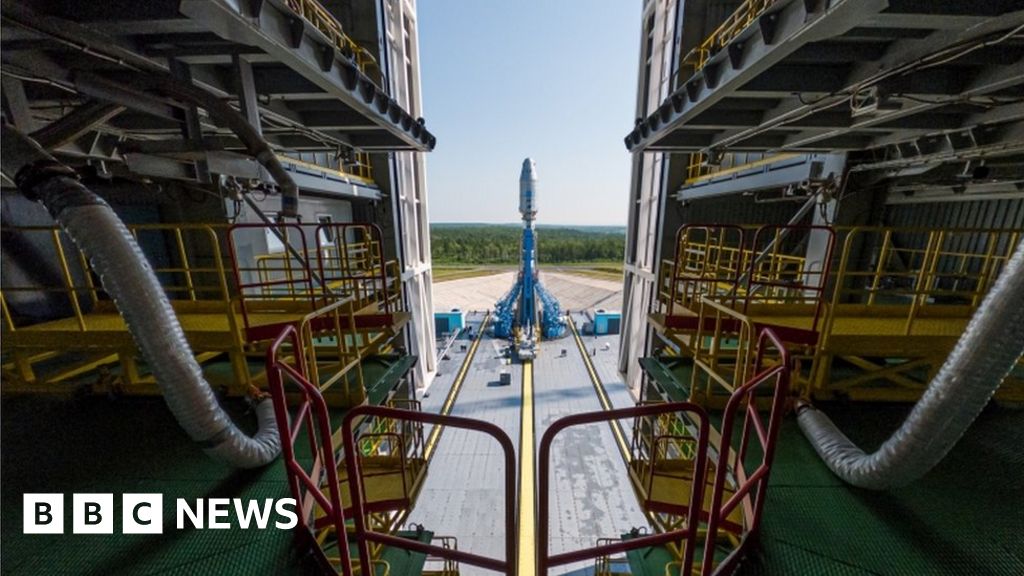 The cash injection comes after the British government and Bharti Global bailed out the company last year.
www.bbc.com
F

OneWeb Completes its ‘Five to 50’ Mission to Cover Regions North of 50 Degrees Latitude including UK, Canada, Alaska and Arctic Region

High-speed connectivity to be available from the North Pole to the 50th parallel – includes the United Kingdom, Canada, Alaska and Arctic Region


London, 1 July 2021: OneWeb, the Low Earth Orbit (LEO) satellite communications company, today announced the successful launch of another 36 satellites to mark the completion of its ‘Five to 50’ mission. With this major milestone, the Company is ready to deliver connectivity across the United Kingdom, Canada, Alaska, Northern Europe, Greenland, and the Arctic Region.

Service demonstrations will begin this summer in several key locations – including Alaska and Canada – as OneWeb prepares for commercial service in the next six months. Offering enterprise-grade connectivity services, the Company has already announced distribution partnerships across several industries and businesses including with BT, ROCK Network, AST Group, PDI, Alaska Communications and others, as OneWeb expands its global capabilities. The Company continues to engage with telecommunications providers, ISPs, and governments worldwide to offer its low-latency, high-speed connectivity services and sees growing demand for new solutions to connect the hardest to reach places.

The launch of the latest 36 satellites was conducted by Arianespace from the Vostochny Cosmodrom. Liftoff occurred on 1 July at 13:48 BST. OneWeb’s satellites separated from the rocket and were dispensed in 9 batches over a period of 3 hours 52 minutes with signal acquisition on all 36 satellites confirmed.

The Prime Minister of the United Kingdom, the Rt. Hon. Boris Johnson, MP, said: “This latest launch of OneWeb satellites will put high-speed broadband within reach of the whole Northern Hemisphere later this year, including improving connectivity in the remotest parts of the UK.

“Backed by the British Government, OneWeb proves what is possible when public and private investment come together, putting the UK at the forefront of the latest technologies, opening up new markets, and ultimately transforming the lives of people around the world.”

Sunil Bharti Mittal, Founder and Chairman of Bharti Enterprises, Executive Chairman of OneWeb, said: “Today’s momentous milestone demonstrates that OneWeb is now a leader in LEO broadband connectivity, serving a wide range of stakeholders across the Northern Hemisphere. This fifth launch amid the unprecedented global pandemic is truly remarkable and I congratulate the management team and fellow shareholders on the success.

“Bharti’s doubling of its investment earlier this week is testament to the commitment to OneWeb’s mission. We now look forward to the next chapter in OneWeb’s story, preparing the company for commercial service in the less than six months to deliver our global connectivity solutions to communities around the world.”

The Rt. Hon. Kwasi Kwarteng, MP, Secretary of State, BEIS, added: “Today’s launch is an exciting milestone in providing some of the world’s most remote locations with fast, UK-backed broadband less than a year since British government investment made this possible. With yet another successful mission, the people of the UK can be proud that this country is at the heart of the latest advances in small satellite technology.

“OneWeb’s coverage across the Northern Hemisphere now puts the United Kingdom at the forefront of the latest developments in Low Earth Orbit technology, and we will capitalise on the company’s unique position within this growing market to build a strong domestic space industry and cement our status as a global science and technology superpower.”

Neil Masterson, OneWeb CEO, said: “This is a truly historic moment for OneWeb, the culmination of months of positive momentum in our ‘Five to 50’ programme, increased investment from our global partners and the rapid onboarding of new customers. We are incredibly excited to start delivering high-speed, low-latency connectivity first to the UK and the Arctic region and to see our network scale over the coming months as we continue building to global service. Thanks to all our incredible partners who have been with us on this journey and are instrumental to making OneWeb’s mission a success.”

OneWeb Completes its ‘Five to 50’ Mission to Cover Regions North of 50 Degrees Latitude including UK, Canada, Alaska and Arctic Region

OneWeb today announced the successful launch of another 36 satellites to mark the completion of its ‘Five to 50’ mission. With this major milestone, the Company

The UK project to develop a space-based ‘positioning, navigation and timing’ system has cost £60m so far