I took a trip to Gothenburg, Sweden recently and had a chance to visit the Aeroseum, an aviation museum housed in a former Cold War underground bunker. The collection focused largely on post-WWII Swedish military aircraft with little in the way of prototypes, but this sophisticated one-off "homebuilt" (by a group including a Saab engineer at the Saab factory) from 1944 did catch my eye. Note the involvement of Erik Bratt (the "B" in BHT-1) who went on to design the iconic Saab Draken jet fighter. Cheers, Matthew

the Scandinaviska Aero BHT.1 was single seat light Swedish light monoplane aircraft
of 1940s,powered by one 60 hp Walter Mikron 4 piston engine,and the BHT.2 was a
two-seat developed version of it.

Perhaps better merged with this thread?

Oh sorry for that.

I used the search for "Scandinaviska",but nothing I found.

hesham said:
I used the search for "Scandinaviska",but nothing I found.
Click to expand...

Perhaps because "Scandinaviska Aero AB" is better know around the world as SAAB. ;-)
S 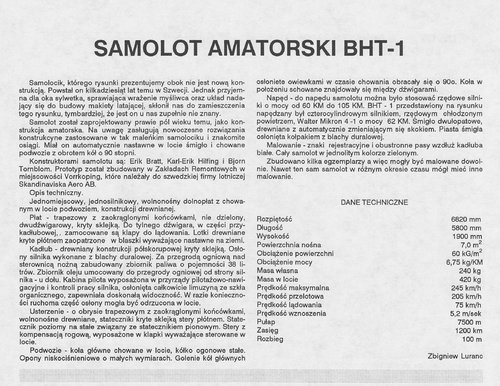 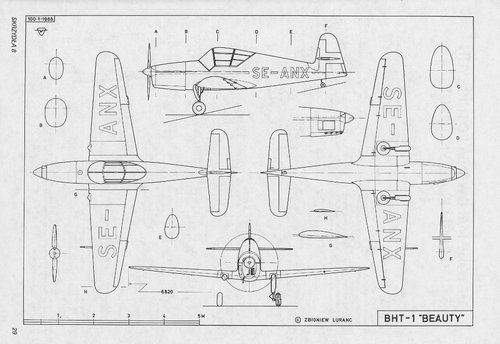 Just to clarify, the BHT-1 wasn't designed by Saab engineers, it began as a student project at the Kungliga Tekniska Högskolan (Royal Technical University) in Stockholm. The BHT acronym stood for three KTH students - Bratt, Hilfing, and Törnblom. Matthew has already mentioned Erik Bratt. I'm not sure what becomes of Karl-Erik Hilfing (although his later patents are non-aviation related). Björn Törnblom worked under Bo Lundberg on the FFVS J 22, later moving on to SAS.

Skandinaviska Aero AB (SAA) and Svenska Aeroplanaktiebolaget (SAAB) weren't the same thing. SAA was a small 'airline' which was mostly involved in contracted target-towing for the Flygvapnet. SAA had begun as Björkvallsflyg back in 1931. Founder Kurt Björkvall - the Swedish aviation pioneer - was killed in a 1940 and Björkvallsflyg was renamed as Skandinaviska Aero. [1] SAA lasted until 1948 when it was bought out by the SAS (Scandinavian Airlines System) consortium.