From the University of Washington's Aeronautical Laboratory in Seattle.
http://www.uwal.org/multimedia/historical.htm

I'm not sure if this shows anything new. Two University of Washington Aeronautical Lab photos show a Stratoliner wind tunnel models.

The first is being examined by Edmund T. Allen in 1939. The second (1938) shows a Stratoliner with Fowler flaps extended. Does the TWA SA-307B's external flap hinges indicate Fowlers?

For lack of a better place to post it, here is a set of photos from the SDASM on Flickr (much higher-res there).

They clearly show that like the B-17 bomber it was derived from, the Stratoliner started off with a straight-leading-edge tail fin. Now some forum members probably knew it, but it is a fact I had completely overlooked before, as most pics I had seen previously had the rounded (and to me ungainly) tail that prolonged on the top of the fuselage and became the trademark of the B-17, B-29 and B-50 family of bombers.

And so if we look at both the wind tunnel pic above and the chronology, I believe it is safe to assume that the rounded tail was tested FIRST on the Model 307 before being applied to the B-17, starting at model B-17D. Thoughts, additional data, anyone? 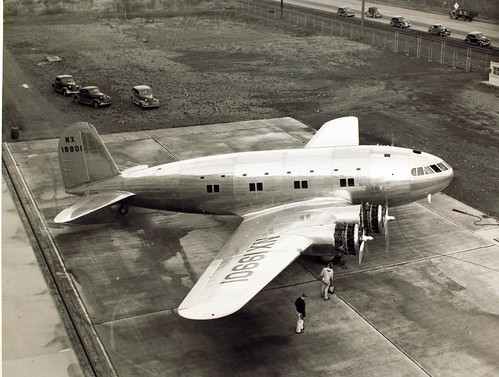 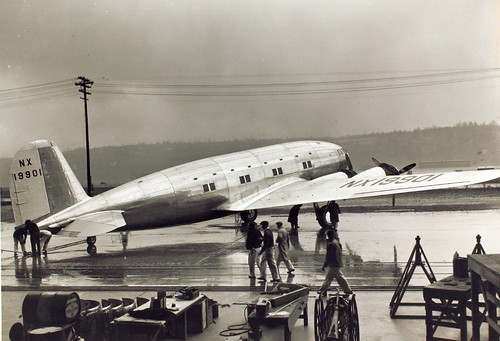 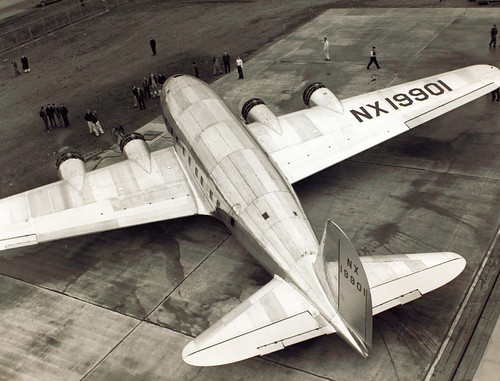 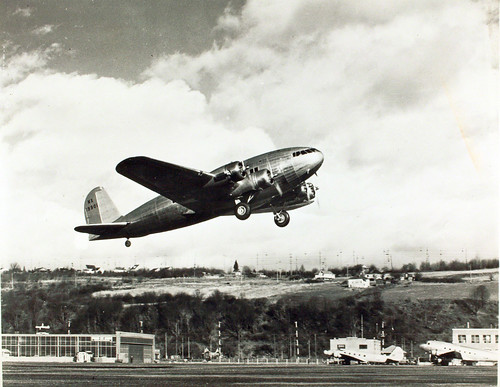 This, from Putnam's 'Boeing', pp.230-1 :-
"The Model 307 was a transport version of the Model 299H/B-17C...the wings, nacelles, power plants and original tail surfaces were standard B-17 components...After further testing of other models, it was found desirable to eliminate the B-17C vertical tail surfaces and install an entirely new rudder and a large dorsal fin that was to become a Boeing trademark on subsequent models."