Russian tanks how many?

timmymagic said:
Everyone agrees that the aviation figures are likely not accurate. Missile shootdowns probably isn't massively out (it might also include crashes), helicopters is at least double the real total (although Oryx's list is good it doesn't include Russian losses around Kherson Airport that are known to have been heavy, we'll have to wait until the UAF retake that area to be sure, they're 10km from it now). Fixed wing though is clearly a long way from accurate.
Click to expand...

Yes, a lot of aircraft were destroyed on the ground and some just crashed, or were damaged (mission kill probably). 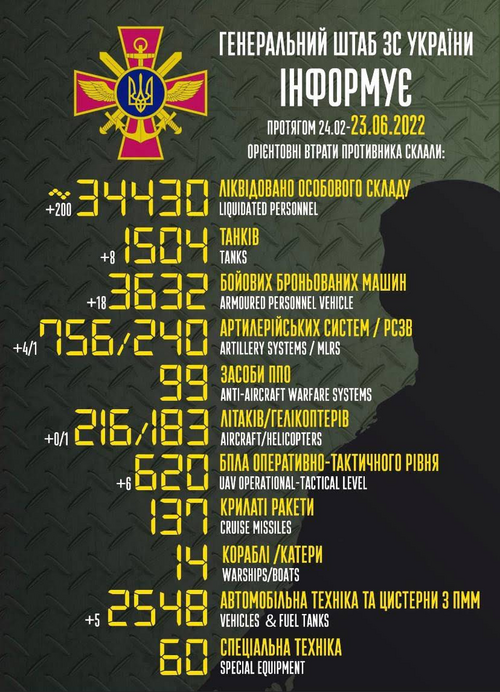