Hi,
some months ago I came across a brief mention of a projected Russian AA cruiser that was to have been armed with 180mm semi auto AA guns. I was looking for something else at the time and failed to bookmark this. Does anyone have anything to offer on this?
G 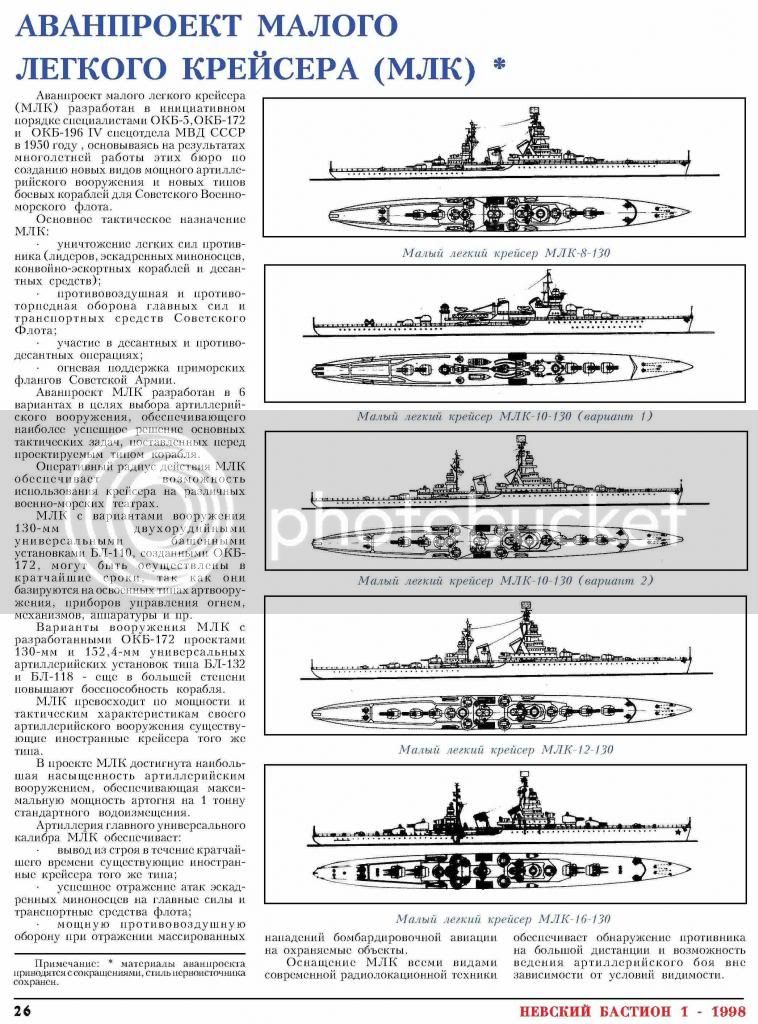 And here the project 84 from the now extint atrinaflot site:

Hi,
thank you very much for that, I now have a project number to search for.
I 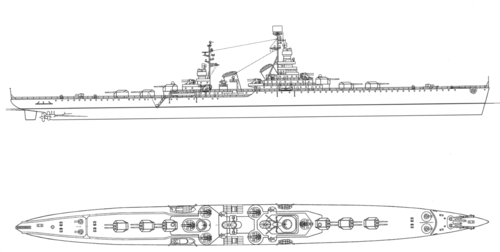 Any details or information about 180mm autoloader?

You mean the 180mm CM-48 Pattern 1955 Gun intended for the Project 65bis and Project 84 cruisers in twin mountings?
I know nothign about it except the gun woudl had been 60 calibre long, but I do not even know the shell weight or muzzle velocity nor the loading mechanism.
Maybe there is a Russian book dedicated to these cruisers or to the Russian Guns?
Stalin's Ocean Going Fleet only covers the 1935-53 period and just barely mentions the Project 84 cruiser though a data table shows it's specs.

How did the loading arrangements on the quad 100mm and 130mm mounts work? It seems to me like it would get very crowded in there

But here is how the quad 100mm would look like: 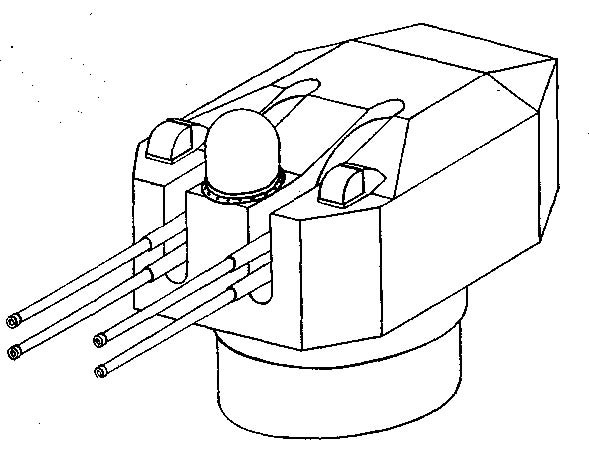 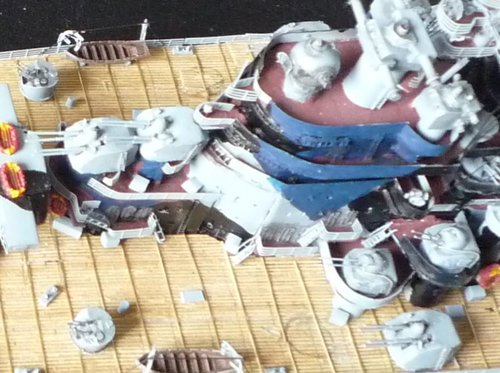 From that article there were three 130mm Mounts under development in the early 1950's: BL-109, BL-110 probably twins and BL-132 a quad mount.
from google translate I think the SM-2-1 Pattern 1957 Gun was used for mounts developed from these early 1950's ones in the Tallinn, Kotlin and Kildin classes.
The B-110 later renamed as 2M-110 and had difficulties with firing.

Here's some info on Project 84. Source is the Russian book "The Fleet that Khrushchev destroyed"

Oh god the wordings, is that google translation?

But still interesting and thanks you, but sadly still not much information about how those SM-48 autoloader looks like, i couldn't imagine Soviet get the autoloader technology from USN instead they use those BL mount studies (like 152mm DP on MLK cruisers) to work around.

I'm not sure we even seen photos or technical drawings of the 180mm and 152mm guns and turrets the Krasny Kavkaz, Kirov, Chapayev and Sverdlov crusiers used!

As for the autoloader of the 100mm quad, 130mm quad and 152mm twin and triple mounts I presume it would be similar to the 100mm CM-2-1 and CM-5-1 mounts used on the Chapayevs and Sverdlovs: 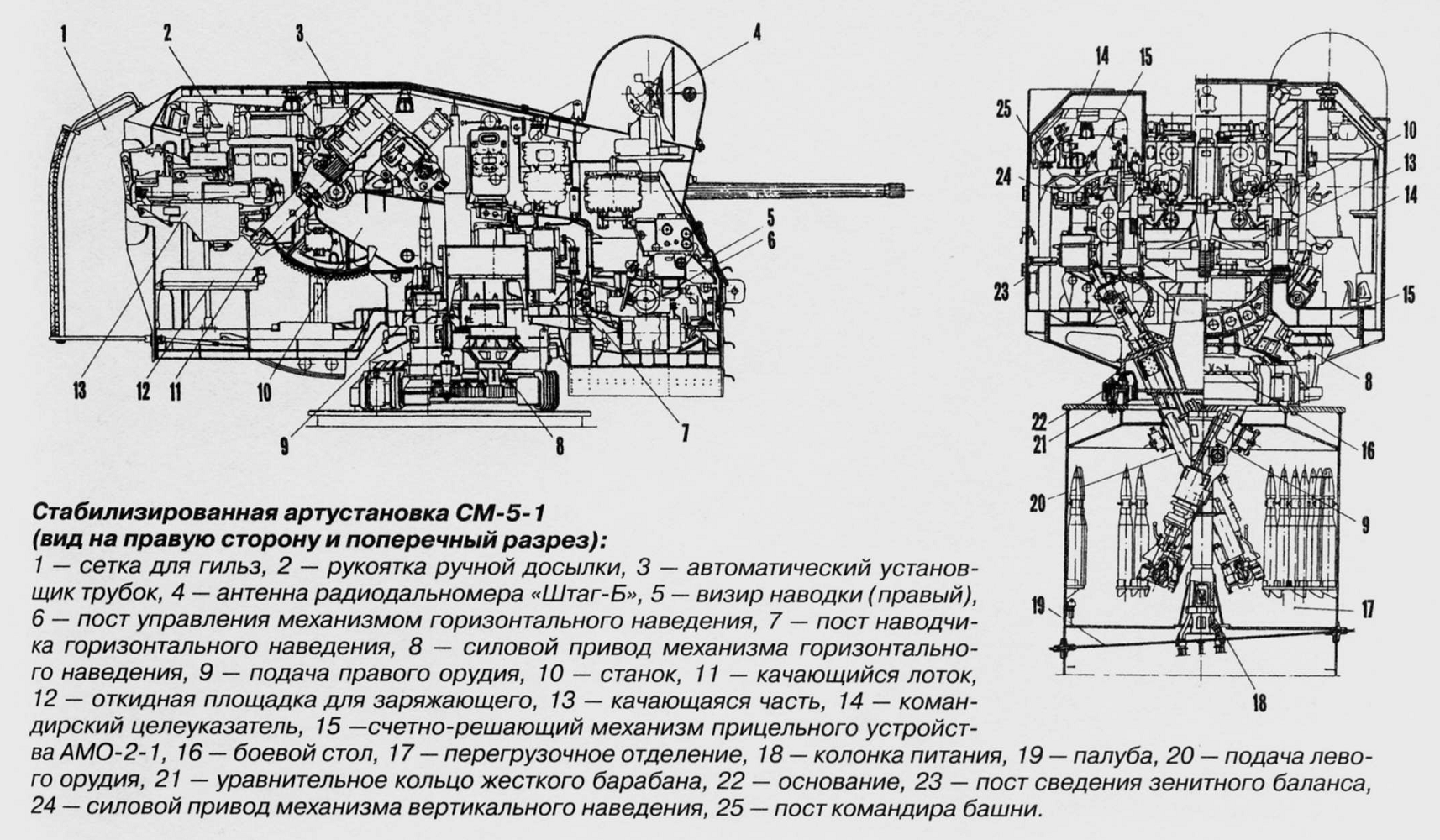 I do not believe those 100mm mountings had automatic loading at least going off the info on Navweaps.

That makes me think the two-layer quad gun mountings would be quite crowded. On the positive side it would be smaller and lighter than a more conventional quad mounting in the same caliber.
Last edited: Jun 22, 2020

There seems to be another book which describes these designs:

By the way do we have any concrete data on these designs? Like dimensions, displacement, armour, speed engine power?

Will need translation but armour scheme seems to be copied over from the Chaapyevs and Sverdlovs of 100mm belt and 50mm deck if I seen the right numbers that is!
K

"the fleet that Kruschev destroyed" says all of the MLK projects had a 70mm belt.

Kingpin6100 said:
"the fleet that Kruschev destroyed" says all of the MLK projects had a 70mm belt.View attachment 636075
Click to expand...

Interstingly the text says the MLK designs would have Gas-Turbine propulsion. Is that a mis-translation, as using Gas Turbine machinery in an early 1950s cruiser design is very forward thinking.

Kingpin6100 said:
"the fleet that Kruschev destroyed" says all of the MLK projects had a 70mm belt.View attachment 636075
Click to expand...

Any concrete data on the other 4 versions? As the table above only states the displacement and dimensions of the 4x4 and 6x2 130mm versions

In 1953, the Bolshevik plant manufactured a prototype BL-110 mount, and in the same year conducted factory tests of it.

The same for the 100mm quadruple mount:


In 1949, OKB-172 completed the design of the 100mm four-gun turret mounting the BL-127 which was intended to replace the CM-5 mountings on the Sverdlov class cruisers.
The installation of these mountings were not accepted but it is worth discussing the original idea behind the mounting:
The 4 guns were located on two cradles, and two guns were placed one above the other on each common cradle. The gun barrels were the same as in the CM-5-1 mountings eg the 100mm/70 CM-5 Guns. This new quadruple mounting would had been installed on board new capital ships, cruisers and patrol ships (But not on destroyers???) For example on Project 68bis Cruisers (Sverdlov class) instead of the 6 twin SM-5-1 turrets, 6 quadruple BL-127 turrets were to be installed (without any significant design changes) effectively doubling the number of 100mm AA Guns. It was expected based on calculations in 1949, that the displacement would only increase by 1,5-2% of the standard displacement eg 200-270tons

Operational and other data:
Rate of fire of one barrel:
16-18 rounds per minute
Calculated Crew requirement: 19 people (14 in the turret)
The ammunition and ballistics of the BL-127 guns equals with that of guns of SM-5.
A

The 4 guns were located on two cradles, and two guns were placed one above the other on each common cradle.
Click to expand...

Huh, interesting layout but i really want to know they're looks like, maybe you could do some illustrations something?

I'm already working on it, but by the description it would be an enlarged quad 100mm mount
K

The 4 guns were located on two cradles, and two guns were placed one above the other on each common cradle.
Click to expand...

Huh, interesting layout but i really want to know they're looks like, maybe you could do some illustrations something?
Click to expand... 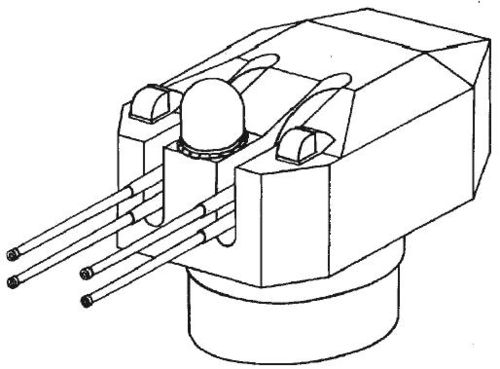 Drawing from "The Fleet that Khrushchev Destroyed"

I've based my 130mm quad on the MKL drawing

Okay here they are, my representation of these turrets with comparison of earlier ones: 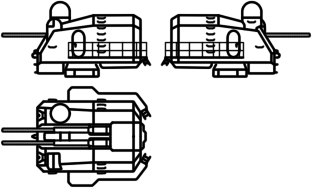 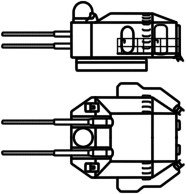 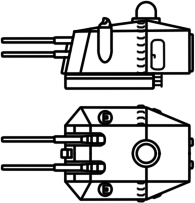 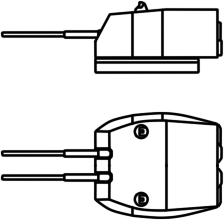 Same gun in triple MK-5 turrets used on the Chapayev and Sverdlov classes: 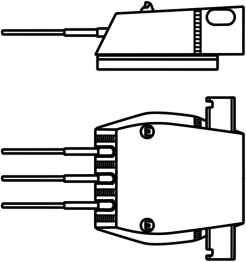 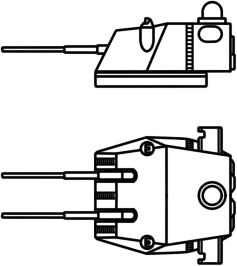 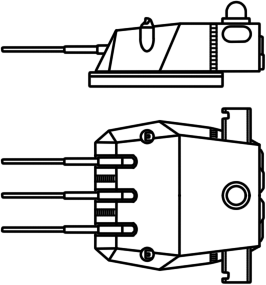 For the last two I've used ideas from the British twin DP 6" and the USN's twin 6" and triple 8" DP turrets as these being larger then their contemporary SP turrets
Last edited: Jun 30, 2020

What ship is this a model of?
K

What ship is this a model of?
Click to expand...

I'm highly intrigued by the four barreled turrets, what rate of fire was expected to be achieved, and how heavy was the mount?