Despite shifting into higher gear within the consumer's green conscience, hybrid vehicles are still tethered to the gas pump via a fuel-thirsty 100-year-old invention: the internal combustion engine. However, researchers at Michigan State University have built a prototype gasoline engine that requires no transmission, crankshaft, pistons, valves, fuel compression, cooling systems or fluids. Their so-called Wave Disk Generator could greatly improve the efficiency of gas-electric hybrid automobiles and potentially decrease auto emissions up to 90 percent when compared with conventional combustion engines.

The engine has a rotor that's equipped with wave-like channels that trap and mix oxygen and fuel as the rotor spins. These central inlets are blocked off, building pressure within the chamber, causing a shock wave that ignites the compressed air and fuel to transmit energy. The Wave Disk Generator uses 60 percent of its fuel for propulsion; standard car engines use just 15 percent. As a result, the generator is 3.5 times more fuel efficient than typical combustion engines. Researchers estimate the new model could shave almost 1,000 pounds off a car's weight currently taken up by conventional engine systems.

Last week, the prototype was presented to the energy division of the Advanced Research Projects Agency, which is backing the Michigan State University Engine Research Laboratory with $2.5 million in funding. Michigan State's team of engineers hope to have a car-sized 25-kilowatt version of the prototype ready by the end of the year.

This link has a nice cut-away drawing.

I'm puzzled by the efficiencies claimed, but no-one seems to have corrected them.

Uh, it looks rather neat, and should suit light-weight applications that don't need a low-profile. I'll reserve judgement until they can run it for longer-- The Wankel was notorious for seal erosion, but this seems to have more in common with a rotary pulse-jet...

Given its low weight, one application may be as a 'hub motor' in pusher and lift fans. I can see it getting into small hovercraft as the 'blower'...

This obviously could have huge implications for aircraft power plants as the sort of steady-state, high efficiency operation used for generating electricity in a hybrid application is comparable to that required by an aircraft in cruise. That 25kw proof-of-concept engine that he mentioned could easily be tested in an ultralight or UAV.

1. This thing is crying out to be exploited as a cruise missile engine. What's the over/under on this being picked up, funded, and then classified and buried by DARPA? ;D

2. I'm sure this is a stupid question, but how are they going to use it to drive a car if it lacks a transmission?

I can't respond to 1) but for 2) the professor mentions that the 25kw proof of concept engine will be used in an "all electric hybrid," which I take to mean an electric car running off a generator, with batteries for extra acceleration when needed. Since some electric motors can deliver high torque at low RPM and still run efficiently at very high RPMs, it's quite possible to have an electric car (hybrid or not) with individual motors in the wheel hubs and no transmission at all.

That explains it, thanks.

Motors in the wheel hub...better be sturdy. I can only imagine how much it'd have cost if my car had a motor in the wheel hub when I found a pothole here big enough to basically make my tire explode.

Interesting.
Here is a October 2006 ASME technical paper that provides a lot more information on this technology:

A Review of Wave Rotor
Technology and Its Applications
The objective of this paper is to provide a succinct review of past and current research in
developing wave rotor technology. This technology has shown unique capabilities to
enhance the performance and operating characteristics of a variety of engines and machinery
utilizing thermodynamic cycles. Although there have been a variety of applications
in the past, this technology is not yet widely used and is barely known to engineers.
Here, an attempt is made to summarize both the previously reported work in the literature
and ongoing efforts around the world. The paper covers a wide range of wave rotor
applications including the early attempts to use wave rotors, its successful commercialization
as superchargers for car engines, research on gas turbine topping, and other
developments. The review also pays close attention to more recent efforts: utilization of
such devices in pressure-gain combustors, ultra-micro gas turbines, and water refrigeration
systems, highlighting possible further efforts on this topic. Observations and lessons
learnt from experimental studies, numerical simulations, analytical approaches, and
other design and analysis tools are presented.

And the following 2005 AIAA paper is also a good read:

Well, the Comprex supercharger was a good example of the concept. Unfortunately, turbochargers were easier to manufacture and integrate and cheaper to implement, and the electronic engine management technology of the early 1980s (when Brown-Boveri was pushing the Comprex for street and racing cars) wasn't up to the workload required.
D

Hopefully, not the next Ramgen?

Anyone care for another slice of "pie-in-the-sky?" Reciprocating, internal combustion engines aren't going to be superseded by turbines or rotaries anytime soon, at least not for automotive applications. It's amazing how just about every old concept has been dredged up due to "ecological concerns," or more likely, to take advantage of research grants. We've seen the return of the Wankel rotary and even an opposed piston engine. Both concepts have been used in the past, and I can cite past and present examples, but that would result in a long, tedious post.

That would have been my initial reaction as well, anything that is three times better is by definition pie-in-the-sky (plus the way this guys presents his project turns on all kinds of alarm bells as far as I am concerned).
However, considering that hybrid vehicles are by definition no longer torque limited, doesn't that open the door for alternative engine solutions that had shortcomings in that regard to have a second chance?
If you know why this would not work, I for one would be interested to learn.
--Luc

Machdiamond said:
That would have been my initial reaction as well, anything that is three times better is by definition pie-in-the-sky (plus the way this guys presents his project turns on all kinds of alarm bells as far as I am concerned).
However, considering that hybrid vehicles are by definition no longer torque limited, doesn't that open the door for alternative engine solutions that had shortcomings in that regard to have a second chance?
Click to expand...

Yes, and that's the only reason why interest was revived in the Wankel rotary - and that's a concept that works, albeit in limited applications.


Machdiamond said:
If you know why this would not work, I for one would be interested to learn.
--Luc
Click to expand...

I'm not saying that it won't work, because every revived concept works on some level. The Wankel rotary works, with obvious shortcoming.

TinWing said:
Anyone care for another slice of "pie-in-the-sky?" Reciprocating, internal combustion engines aren't going to be superseded by turbines or rotaries anytime soon, at least not for automotive applications.
Click to expand...

Not for another 10-15 years. But eventually as more and more hybrid vehicles appear in which the engine isn't directly connected to the drivetrain; torque will become less and less of a concern -- because an electric motor has a near flat torque curve anyway.
S

I think the 60% efficiency should be translated as up to 60% efficiency is theoretically possible considering the Carnot / Otto / whatever cycle. Some journalist probably got it wrong. The Otto cycle in standard automobiles by the way also has 60% theoretical efficiency around common compression ratios of 10.

On the issue of defense related hybrid-drive research contracts, this may help to shake things up a bit: http://www.casr.ca/doc-npp-hybrid-snowmobile.htm

It sounds clever but it has strangled militarized hybrid-drive development for a decade. Only one series hybrid snowmobile conversion [1] has come on the market in that time but this firm is now in bankruptcy protection. The take-home is that if a 'silent running' option is desirable for CF LOSVs, DND will have to fund such snowmobile R&D itself. DRDC is to be congratulated for breaking step with the conventional military thinking.
Click to expand...

3. REQUIREMENT: Defence Research and Development Canada (DRDC) - Suffield, Medicine Hat, Alberta, has a requirement for which the objective is to advance the state of the art in HYBRID-electric design for snowmobiles and to produce a fully functional prototype HYBRID-electric snowmobile for test and evaluation, complete with a "silent" operating mode functioning on electric power only.
Click to expand...

The Danes have their own old-school solution to the problem of 'stealthy' transport in Artic conditions. ;D

Via Neptunus Lex: The Cold Patrol 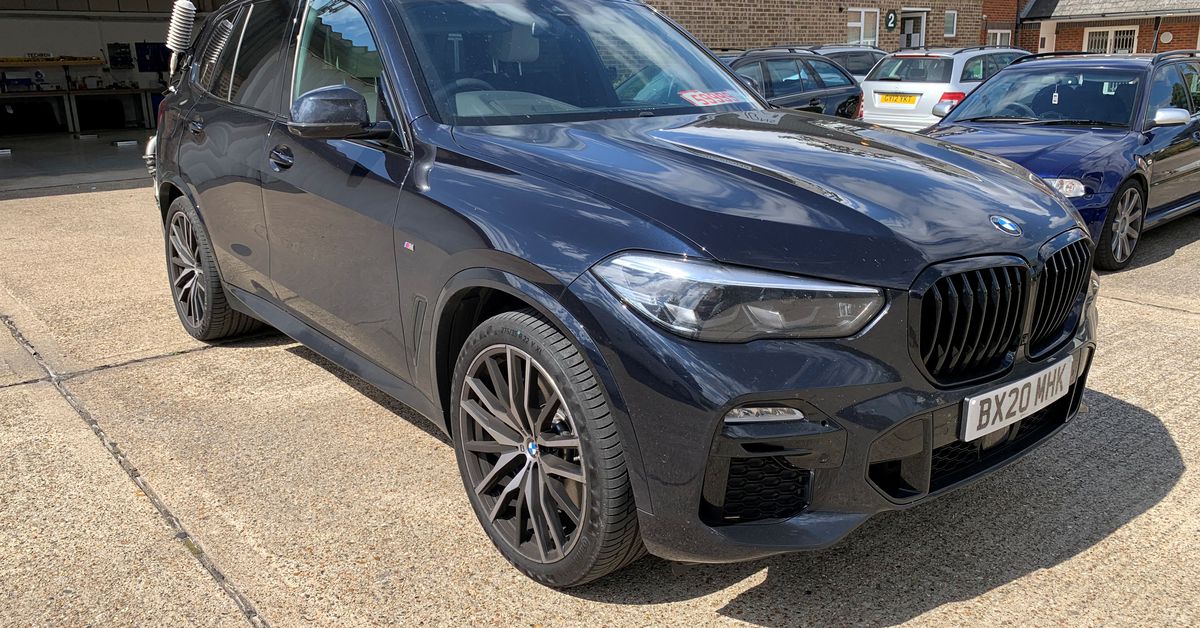 Remember when plug-in hybrid cars were the go-to technology for the climate-conscious driver? Turns out, they're not good for the environment, according to some experts, and they could be phased out by carmakers in the face of tougher European rules.

Remember when plug-in hybrid cars were the go-to technology for the climate-conscious driver? Turns out, they're not good for the environment, according to some experts, and they could be phased out by carmakers in the face of tougher European rules.

“From the perspective of environment and climate, today’s plug-in hybrid technology is worse than what it is replacing.”
Click to expand...

Of course, the question is, how often are PEHV driven in combustion-engine mode.

Now if only we still had serious science journalism to kick such rubbish straight into the bin.
A

Well seems people are idiotic enough to use an electric-IC car only in IC mode (kind of forgetting they have a zero CO2 drive onboard); then the very interest of hybrid car goes away; the electric engine and batterie just become dead-weight / ballast added to a classic car. Except with a smaller engine, thus guzzling even more fuel !

Unless the engine is purely for charging batteries. Also allow for the clean fuels coming on stream from Messrs Porsche et al, referenced a few weeks ago.