Thank for the any data
T

Hi I formerly worked for Aerospace Publishing, until it went into administration in 2012. Somebodyout there was fortunate enough to purchase the original of a cutaway of the Super Mystere B.2, which was previously the property of Pilot Press and was passed to Aerospace Publishing by none other than William Green himself. Based on that information I would guess that it must have been used in either Flying Review or possibly Air International. I know it exists as I held in my own hands a few times over my time with the company.
B

I have quite a few copies of Flying Review and Air International if the timespan could be narrowed a bit I will see if I have that...

I hope this modest work serves you.

Cutaway Dassault "Super Mystere" layout modified by Motocar to recreate the Israeli version of the French fighter, which was replaced by the SNECMA Atar 101 engine by a Pratt & Whitney J52-P-8A, with the elongated exhaust nozzle

Side Cut Dassault "Super Mystere B 2" shared from the web:
http://www.airwar.ru/enc/fighter/smisterb2.html

In fact, this version was no longer called Super Mystère.
In Israel the original version was called Sambad, after the Hebrew pronunciation of "SMBD" (Super Mystère B Deux).
The version in your drawing, upgraded with new engine and tailpipe, was called the Sa'ar, סער ie Storm.

dan_inbox said:
In fact, this version was no longer called Super Mystère.
In Israel the original version was called Sambad, after the Hebrew pronunciation of "SMBD" (Super Mystère B Deux).
The version in your drawing, upgraded with new engine and tailpipe, was called the Sa'ar, סער ie Storm.
Click to expand...

Thanks for the data, I will change the name in light of its interesting contribution that I recognize unknown until today. Motocar

Squadron 105 - IAF / IDF
"Ha'Akrav" - The Scorpion Squadron
[...]
In December 1958, the first examples of the potent Super Mystere B.2 were delivered, making 105 for a while the IDF/AF's premier interceptor fighter squadron. A further batch of ex-Armee de l'Air examples was received in 1963.

Although theoretically outclassed by the time of the Six Day War, in June 1967, the type flew extensive interception and fighter escort missions and 105 sqn claimed over 16 kills in air combat for 9 losses. At least two of the kills were against Syrian MiG-21's.
Although the nominal strength of the unit was 36 Super Mystere B.2s, it was often much higher than this. During the period 1960-67 Israel undertook the regular overhaul of more than 60 French Air Force Super Mysteres, and many of these aircraft saw short periods of service with the IDF/AF (without permission) before being returned to their rightful owner. It is of interest that the unit's Scorpion badge is very similar to the marking carried by Armee de l'Air unit EC2/12 (also a Super Mystere B.2 unit at the time). Postwar, the type was relegated to ground attack missions, although high fuel consumption at low level severely limited endurance. A drastic solution was developed, which involved rebuilding the Super Mystere's rear fuselage to accommodate the J52 engine used by the A-4H Skyhawk. A total of 26 aircraft were re-engined in 1969-73. Some 22 examples were available to fly attack missions in the Yom Kippur War, during the course of which 6 aircraft were lost. The squadron reportedly also used a small number of Neshers after October 1973.
Click to expand... 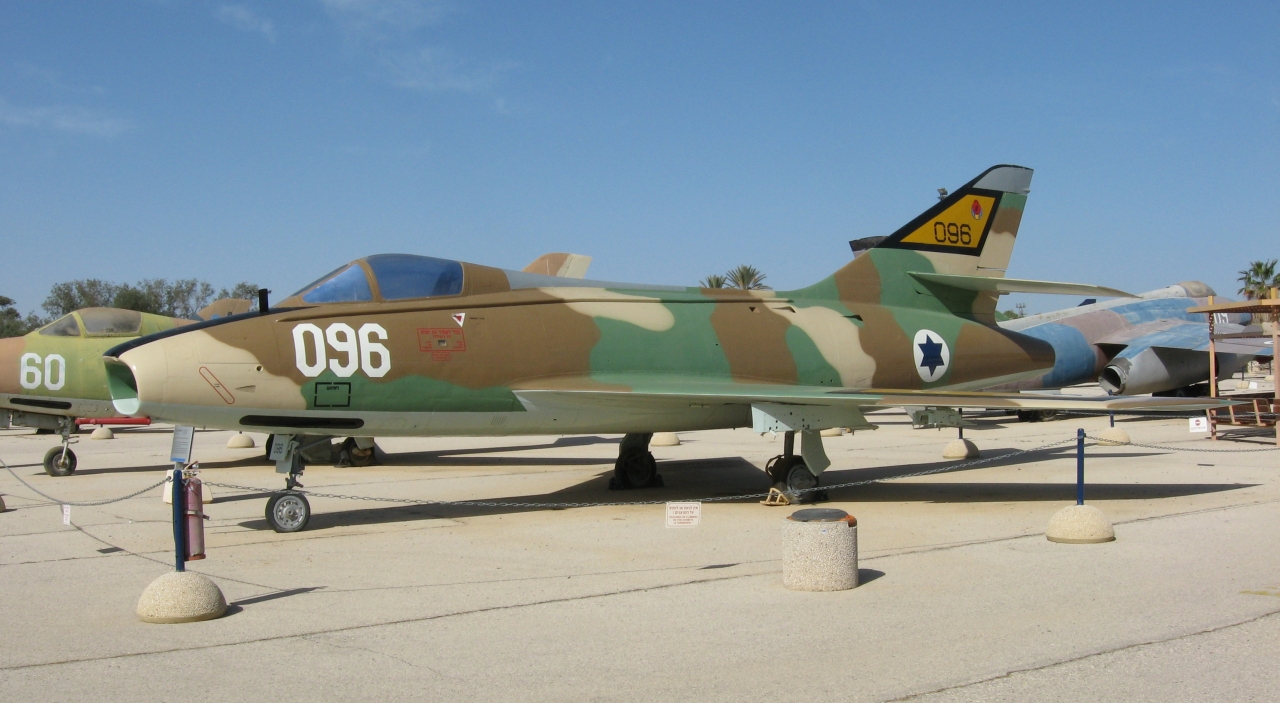 Some info on the upgrade program and the Sa'ar actions during Yom Kippur War at http://www.jewishvirtuallibrary.org/israel-aircraft-industries-sa-ar

In '76 the Sa'ar was phased out of IAF. Twelve (later 16) were sold to Honduras, where they soldiered on for 20 years. There they saw some further action in border clashes with Nicaraguan Sandinistas. A photo of the B1 proto at Melun-Villaroche in 1955, with a Rolls-Royce Avon RA 7.
Dassault replaced the Avon by a Snecma Atar 101 G in the successful B2 evolution. 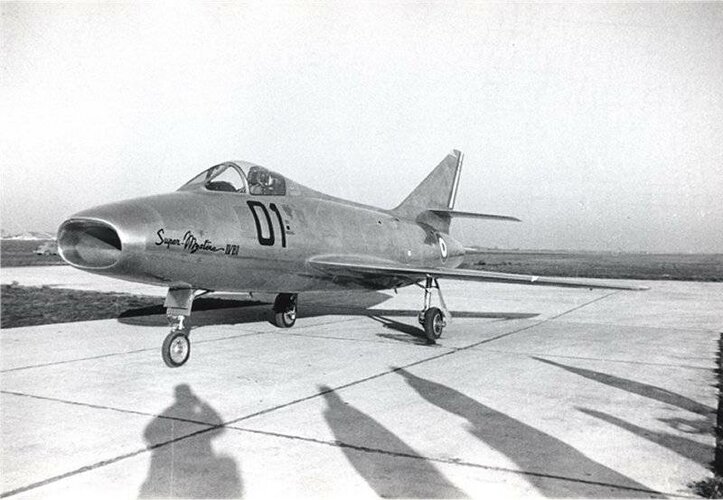 What is this?
I can read Super Mystere B2 at the nose side.