North Korea fields several types of self-propelled guns (152mm howitzers, long-barrel cannon, anti-aircraft guns etc.) that share a common chassis, probably indigenously developed in the country. What catched my attention is that the vehicles apparently do not have any periscopes for the driver and co-driver/vehicle commander.

Here you have two photos of quite good quality taken during a parade. There are no persicopes visible, both in front of the hatch opening and on the hatch itself (IMO devices on the inside of the hatch are hatch locks).

In other photos attached here you may see the vehicles with hatches closed. There are no periscopes as well.

I wonder what does that mean. Could the North Koreas deliberately have mounted no periscope, so the vehicles can be driven only when the driver's head is sticking out of the hatch? It seems to be a rather bizzare idea to use an armoured vehicle with open hatch and close it only when its gun is firing.

What do you think of that? Maybe someone has spotted it too and knows more on that?

Any input would be appreciated.

Optics, even simple ones like driver periscopes, cost money and consume manufacturing capacity. North Korea is notoriously short of both. For artillery vehicles that should not be in direct-fire contact with the enemy I can believe they decided it was an acceptable economy measure.
M

Why not get optics from China.
S

Or simply consider optics are vulnerable to the gun's muzzle blast, so might as well omit them as it would be damaged anyway during firing.

Why focus exclusively on old ones? Here SPH that is in service at least 5 years. 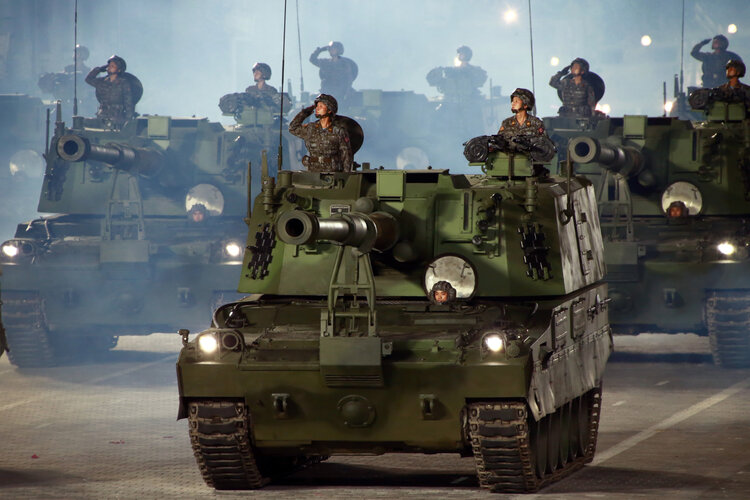 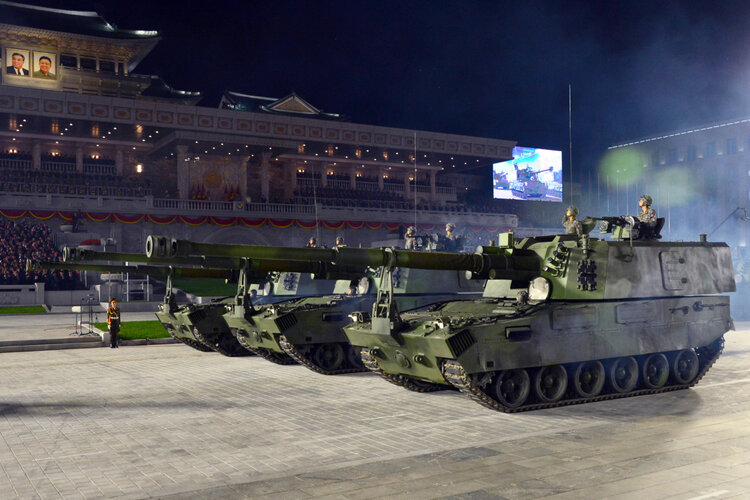