New Sats to 'Persistent Stare" at Targets for Years

The answer to persistent recon capability deemed as being a threat will invariably meet the notion of territoriality: what do we need to protect as a nation/a corporation of nations and perhaps, one day, a civilization*.

The notion that you can simply place yourself farther away, remote from observation or concealed is diminishing with the progress of technology (that it to be on an individual level, a corporation or a nation).

Beyond the question of space interception on solid legal basis to decorrelate peace time protection with the onset of war, what is essentially a matter of what will be the future of an organisation of nations, inevitably, the notion of active means of protection will surface**. It remains that any information has to travel to the sensor as a "data" that it has to be as a pile of electromagnetic pulsed series of wave or photon aggregates.

A basic mean of defense in the digital world confronted since long to the same problem has been encryption. Encryption, basically transforms an ordinate stream of variable into another. It would remain to nations with an acute sense of responsibility to protect the life mode of their citizen as a whole to put in place persistent or time allocated means to shield their citizen emmissivity spectrum from being collected effortlessly.

Yes, generalized digital encryption would be a must tomorrow and the question is how states will provide to that with a coherent, affordable strategy without derogating to the question of public security. Two main approaches will collide to get this result: a critical look to what necessity have items collected and the necessary dissemination down to emitter level (on cost-effect ground) of active spectrum protection (the deregulation of digital encryption to achieve overall resilience).

Then there is a more radical third stream of protection that invariably nations will be faced with: the timely modification of national airspace basic physical constant involved in spectral and electromagnetic data collection; those time will see large low frequency dephaser and other reactive jamming techniques as well as background light and radiation tempering.

Persistent staring sensors look at what "changes". And affecting what they perceive as "changing" would probably be an effective mean of protection.


Last but not least, tomorrow (today in fact), democratic states will be Confronted with the mass usage of HPMW and Infrasound on their populations, from rogue nations, a declared enemy or an organisation (think politically motivated, a corporatism or a criminal organisation). When that day will come and see a public awareness surfacing, the achievement reached against the threat of staring persistent sensor will legitimate the high cost of such Defense. It's a double ripple safe and vital investment.

* faced with another one - obviously semantically from another planet.

**beyond the mad foray of French gunslinger attitude into the far west of space
Last edited: Aug 11, 2019
T

The Air Force pointed to the microwave problem as well. The AU report recalled that employees at the US embassies in China and Cuba were “diagnosed with traumatic brain injuries typically associated with some sort of shock or blow to the head,” following exposure to focused electromagnetic waves over several months within the past few years.

“The internal temperature of the victim’s brains had been raised by an external electromagnetic source, triggering a response similar to concussive industries,” the report stated.

HPM weapons development—which the Air Force is also pursuing—signals a push into the gray area of nontraditional warfare where bad actors can invisibly target victims, according to the report. The success of the embassy attacks “will likely inspire other able actors to use similar means to influence targets,” the AU report noted.

The Air Force report argued that until recently, the Defense Department and its industrial suppliers grossly misunderstood electromagnetic spectrum threats and who should be in charge of defending against them. Leaders should have a common understanding of what these attacks can do and work to adapt future technologies to those possibilities, the report said.

The development of 5G wireless networks, for example, offers an opportunity to make that new national infrastructure resilient from the start, the Air Force report said. 5G is more susceptible to power disruptions than 4G networks, the report’s authors argued, adding that they see 5G as less resilient than previous versions. That view is not shared across the Defense Department, which said in May that a 5G network “would be more resilient and less susceptible to attacks,” without specifying what kind.

However, the task force also noted that it might be a good idea to hang on to earlier generations of technology—4G networks and compatible systems, inertial navigation systems, even telephone land lines—as backups, should primary electronics be taken out
Click to expand... 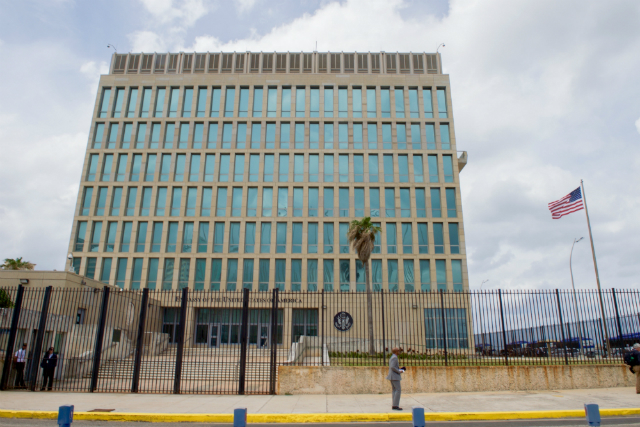 Employees at the ?US Embassy in Havana, Cuba, shown here on March 22, 2016, and the US embassy in China were diagnosed with traumatic brain injuries after being exposed to focused electromagnetic waves over several months. State Department photo. This...

There is still ongoing heated debate whether the attacks are Sonic or EM in nature. 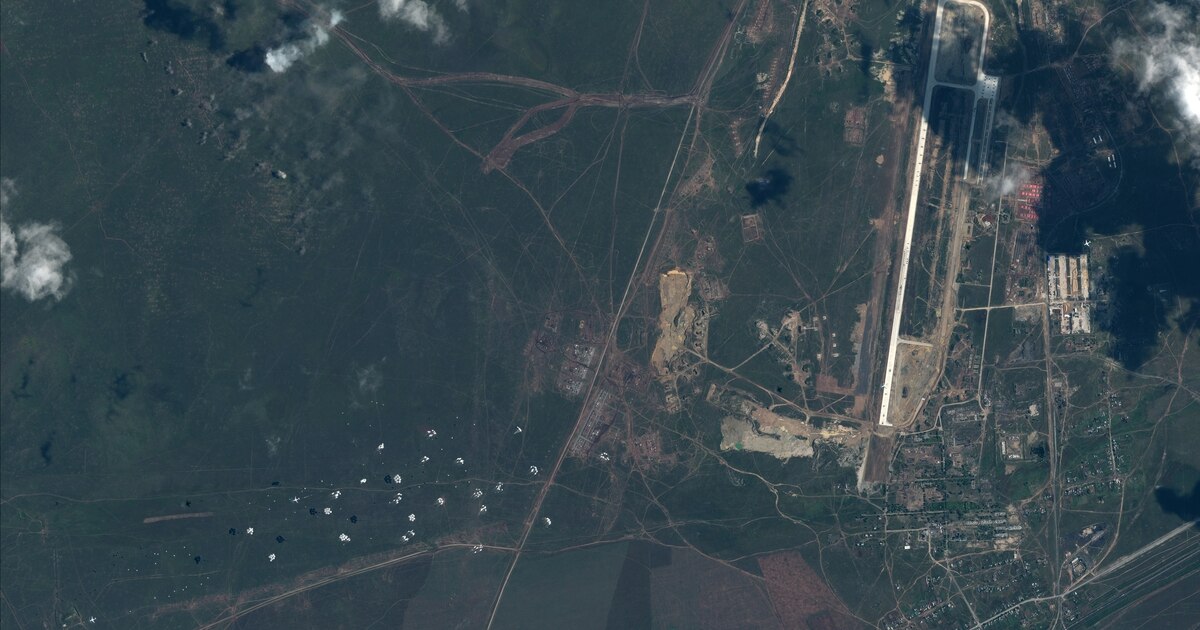 Supercomputers will start building a 3D map of the world

The National Geospatial-Intelligence Agency is teaming up with university researchers to create digital elevation models of the Earth's terrain.

Grey Havoc said:
There is still ongoing heated debate whether the attacks are Sonic or EM in nature.
Click to expand...

Why does this have to be decoupled?
MW can alter the eletrons balance of a medium that can then be manipulated by a careful choice of electromagnetic wave.

Reciprocally, electro magnetic wave can trigger a low energy modal response that can be energized through MW (or a direct impact) to get a kinetic effect.

Grey Havoc said:
There is still ongoing heated debate whether the attacks are Sonic or EM in nature.
Click to expand...

Why does this have to be decoupled?
MW can alter the eletrons balance of a medium that can then be manipulated by a careful choice of electromagnetic wave.

Reciprocally, electro magnetic wave can trigger a low energy modal response that can be energized through MW (or a direct impact) to get a kinetic effect.
Click to expand...

I was thinking of something more along the lines of a "sensor fused" through-the-wall ultrasonic/radar surveillance system
that has a microwave auditory or ultrasonic heterodyning as side-effects.
T

Yes. That of course to keep ppl awake 24h/24h with heavy physiological effect or influence naïves ppl with "God voice"...

The abcense of the subject on the global stage is a shame everyday that goes by.

You seem to start from the belief that this effect was intentional, malevolent.
Why wouldn't it be an unforeseen side-effect of some monitoring device like marauder2048 suggested?
Not only there's no need to assume malice when incompetence will suffice, but it make more sense that it was unexpected, rather than be spotted and trigger counter-measures, for no worthy benefit. Inconveniencing some low-level embassy staff is useless compared to ongoing intel gathering.
You must log in or register to reply here.
Share:
Facebook Twitter Reddit Pinterest Tumblr WhatsApp Email Link
Top