Two manned and two unmanned projects of what must have been Soviet analog of US Boeing 767 AST lab for detection, tracking and target discrimination methods, as well as provide ICBM tracking information to ground radar
(c) The Illustrated Encyclopedia of Myasishchev Aircraft (Avico Press)

I've not seen 3 views of these.

Just noted that Panchenko makes model stands as ashtrays. Seems weird to me.

Do you have dimensions for the various designs?

No dimensions, no specifications were published so far.
Just info on cruising altitude of 20-26 km and duration of flight from 5 to 8 hours.
Take-off weight differs from 15 tonns for unmanned versions up to 100 tonns for manned ones.
S

(there are bits I couldn't easily translate):

On March 23, 1983, US President Ronald Reagan was officially announced a new long-term program to create the groundwork for the development of large-scale missile defense system. It was named the SDI - Strategic Defense Initiative. The program was meant to place in space a significant number of man-made objects, including satellite interceptors.

Naturally, the Soviet Union did not want to stay away from these events. In addition to various kinds of work being conducted in response to the IDF, it was also necessary to monitor the launch and flights of various space objects of artificial origin. Therefore, in 1987, V. Myasishchev's EMZ bureau began work on a whole family of high-altitude aircraft-detectors, the M-67. Their main purpose was to detect ICBMs and their warheads from a flight altitude of 20-25 km.

Several options were considered for solving the problems of the M-67. First - autonomous, with the tasks for the detection of objects, handling and transmitting information on the control points. To do this, it was planned to create a manned tactical aircraft with a crew of 10-15 people. The second option was a manned aircraft (with a crew of 1-2 people), detecting objects and only transmitting information to Earth for its subsequent processing. The third option was a drone-detector with the same features.

Several variants were developed in accordance with these schemes: flying wings (the manned"Cruiser" LK, the unmanned BVS "LK" and LC-M "Bumerang"), and a monoplane normal scheme ("VDS" design - high-altitude subsonic aircraft). Depending on the size of these design , the weight ranged from 15 to 100 tons.

The result of this research was to prove in principle the possibility of creating a high-flying tracker plane, both in unmanned and manned versions. However, the study failed to create a versatile aircraft capable of solving all the problems it was to face. Therefore, only the development of three-detectors aircraft was considered, complementing each other.
Click to expand... 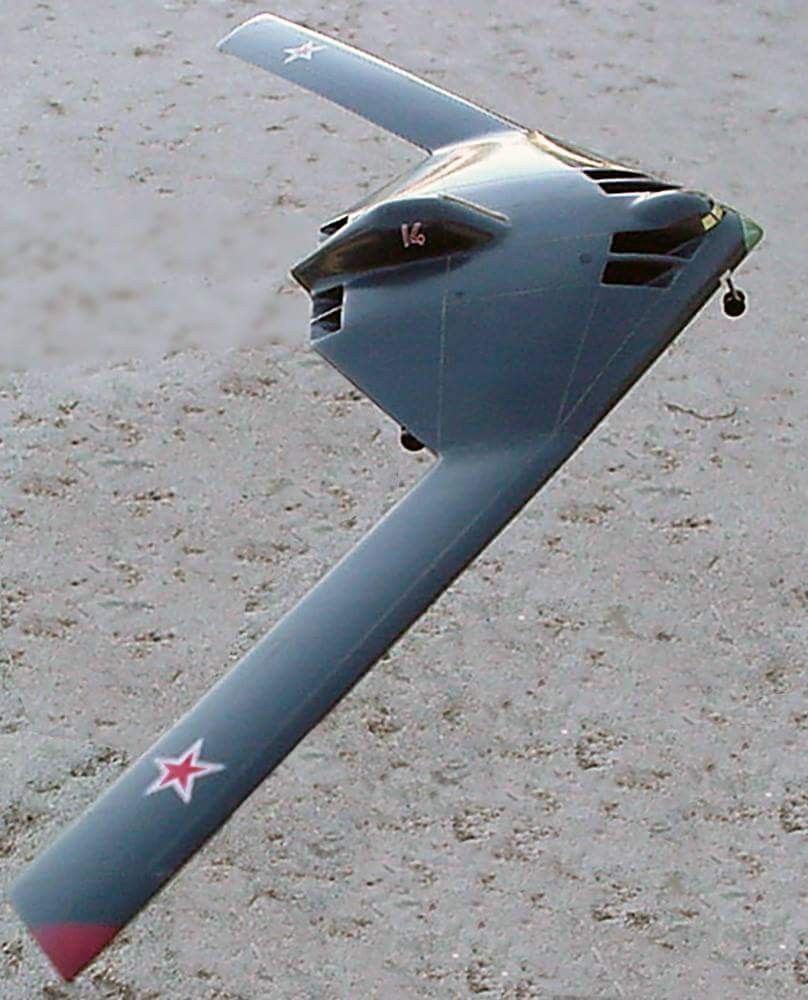