My favourite Never Was Project

As we all continue to self isolate and socially distance I thought I would try another of my silly threads.
This time its simple, all you have to do is post a link to your favourite what if project.

https://www.secretprojects.co.uk/threads/us-frg-vg-v-stol-program-boeing-ewr-360-republic-ewr-a400-avs.452/
You wont be surprised to see what I have chosen. I have many favourites but this one, is a bit like Monty Python's Flying Circus. There was no one in it called Monty Python, it was nt a circus and it did nt fly. I mean, an F111 lookalike that could jump into the air with swing out engines. Bound to be a winner! But like MPFC it makes me smile, and in these Covid days, that is ok by me.

Are we allowing space vehicles ? if so, Douglas ROMBUS . . .

If "mockup" means 1:1 scale, it's a little restrictive to me. I might go to some form of "official scale model" so that ships or programs with a serious wind tunnel model like QTR and Boeing's ATT can play.

Grumman G-698. Very neat concept, looks cool, useful as all get out, what's not to like?

Medium Tank M27. I'll never not be sad that the T23E3's approval for production as M27 was blocked by AGF. Sure, the turret lived on to give late war Shermans a big upgrade and the T20 series eventually evolved into the Pershing and thus the Pattons. But M27 was such a cool tank.

Montana Class. Hard for me to settle on just one in the naval category, but the big M really has a lot to love.

The Project Orion "Battleship." Absolutely mental, pretty glad we didn't actually build the thing, but it's definitely a favorite.
Last edited: May 21, 2020

robunos said:
Are we allowing space vehicles ? if so, Douglas ROMBUS . . . 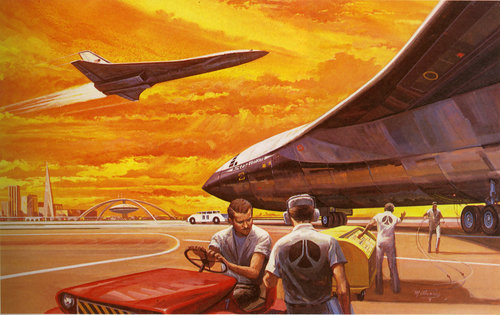 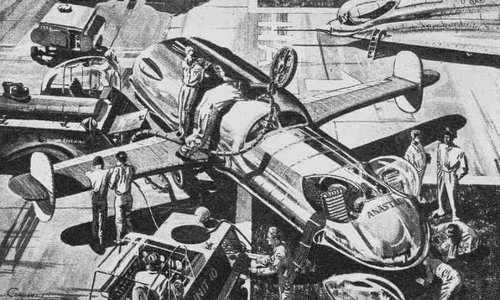