A few weeks ago I was reading in a book that when the Minuteman I ICBM was first deployed, SAC was looking at basing options all over the US,possibly even Alaska. It didn't go into much detail other then mentioning Alaska by name, which didn't make much sense seeing as ,yes, Alaska is RIGHT by Russia, but the range of the Minuteman would seem to negate the need to be that close to an intended target,unless,they wanted to go a pre-emptive strike with little to no warning,but I digress..Does anyone know about where these plannes,or possible Minuteman sites were? I can imagine Plattsburgh AFB,NY was a possibility since they had Atlas ICBMs based there,possibly Davis Monthan AFB as well,but no where else really stuck out. Just wondering if anyone else had any info on this.
C

Which book, out of curiosity? I had never heard of basing Minuteman in Alaska, and now I'm curious, too.

As to the specifics of basing Minuteman in places other than Ellsworth, FE Warren, Grand Forks, Malmstrom, Minot, and Whiteman, I don't have much in the way of specifics.

"In November 1964, when the Minuteman force size was under consideration in the F/Y 1966 budget discussions, most of the joint chiefs of staff favored the 1,200 total. Within Congress the Air Force had a large number of prominent supporters of its 1,200 Minuteman position, particularly in the House and Senate Armed Services Committees.... Some senators supported the 1,200 missile program because it would have meant an additional Minuteman wing, possibly in their own state. (Senators Cannon and Bible, for example, both Democrats from Nevada, contacted Secretary Zuckert with a view to having Stead AFB, Nevada, selected as the seventh Minuteman wing.)"

Ball goes on to say that McNamara had already decided on a 1,000-missile force before this time, partially due to the improved capabilities of the Minuteman II. He convinced the USAF leadership of this decision over time.

I also found this, from a 27 March 1959 memorandum to the Chief of Naval Operations titled "MINUTEMAN information obtained from RAND Corporation and BMD, USAF."

"a. Siting of MINUTEMAN missile groups and control centers - Four major egg-shaped areas in the United States are presently being surveyed. If the public and Congress agree, these four large areas will contain major groupings of MINUTEMAN missiles. The four areas are centered respectively around: Omaha, Rapid City, The Panhandle (Texas and Oklahoma), Smoky Hill Area of North Carolina and West Virginia."

As far as the rail-mobile version, Ball doesn't get very specific (p. 123):

"The decision to defer production of the mobile Minuteman was made partly on the basic of cost-effectiveness analysis, and partly for political reasons.... [T]o avoid populations, the Minuteman trains would have to have been concentrated in a reasonably well-defined area in the western United States."

"Given Minuteman's relatively diminutive size, basing options other than fixed silos were recognized from the start.... Using Hill AFB and other facilities as central operating locations, it was intended to keep trains, each with five Minuteman launch cars, crisscrossing railroads for several weeks at a time. Other mobile Minuteman concepts, including road mobile missiles, were looked at.... It was anticipated that several hundred rail-mobile missiles would enter service starting in 1964-65...."

I haven't been able to find a list of other proposed operating bases for the rail-mobile model, or any other deployment information.

I've often wondered, when White was talking about a 3,000-missile force, and Power wanted to scatter 10,000 missiles around the country, just where they planned to put all of them. I hope others can add more information to this topic.

The name of the book is "The Missile Next Door: The Minuteman in the American Heartland" by Gretchen Heeefer. The book takes (in my opinion) an anti military stance on the missile silo program, but I have to say it does a great job with the back story of how America's Minuteman silos came into being.
G

I highly recommend Echoes That Never Were, Steven Pomeroy's Auburn U. doctoral thesis on mobile strategic missiles, available at DTIC.mil. It goes into great depth on mobile Minuteman basing.

Echoes That Never Were

we have also another project here with modifed Minuteman.


another Idea was launching Minuteman from Aircraft or from Trains on US rail network
http://www.secretprojects.co.uk/forum/index.php/topic,8619.msg179322.html#msg179322


the original concept by col. Edward Hall, had to build thousand of unmanned silos all over the USA and put a Minuteman in.
http://www.techbastard.com/missile/minuteman/background.php


here some information about Minuteman include site selection.
http://www.nps.gov/history/history/online_books/mimi/hrst.htm

As for alternate Minuteman basing options, in this case for Minuteman III's, the Hard Rock Site basing was originally intended for ALL Minuteman III in 1967-1969 timeframe. HRS contemplated drilling holes in hard rock formations to achieve "silos" hardened to resist a 3000 psi overpressure. HRS was one of the basing options for WS-120A, too. Anyway, budget pressures decided the Air Force to go for hardening the traditional silos, both for the Minuteman III's and the II's.

Skybolt said:
As for alternate Minuteman basing options, in this case for Minuteman III's, the Hard Rock Site basing was originally intended for ALL Minuteman III in 1967-1969 timeframe. HRS contemplated drilling holes in hard rock formations to achieve "silos" hardened to resist a 3000 psi overpressure. HRS was one of the basing options for WS-120A, too. Anyway, budget pressures decided the Air Force to go for hardening the traditional silos, both for the Minuteman III's and the II's.
Click to expand...

Welcome your return my dear Skybolt.

Via the The B-58 A B C E version thread over in Postwar Aircraft Projects:

Minuteman I (and maybe Minuteman II) was deliberately undersized to do two things:


2.) Make it possible for mobile (air/road/rail) basing to be carried out in addition to silo basing.


When it became clear that mobile basing was never going to happen, the bigger full diameter upper stage motors were put in. 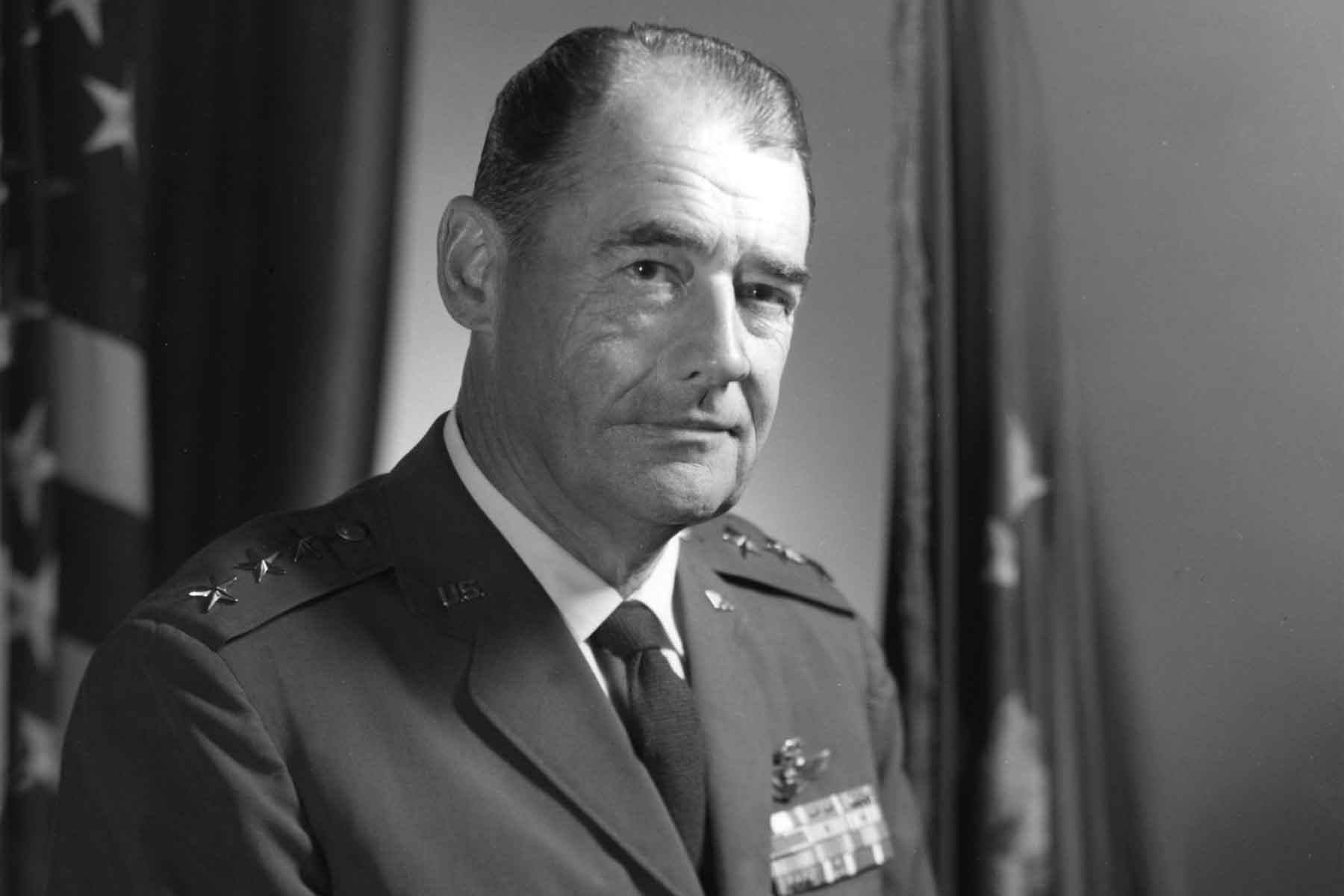 Over his career, Harry Goldsworthy flew in more than 30 different types of aircraft.

In 1960, then-Col. Harry Goldsworthy and his team were given the near-impossible task of getting an intercontinental ballistic missile site up and running in roughly two years' time. There was little confidence they would succeed.

The Air Force Ballistic Missile Committee, reporting to the Office of the Secretary of Defense, had just approved Malmstrom Air Force Base, Montana, to host the first Minuteman I nuclear missile silo and launch site.

Political pressure was mounting. Silo, launch control and support facility projects across the U.S. to host Minuteman, Atlas and Titan ICBMs were six months behind schedule, even as the Soviet Union had already flown the world's first ICBM powerful enough to launch a nuclear warhead.

So Gen. Curtis LeMay, the Air Force vice chief of staff at the time, tasked Goldsworthy, who had been chosen to oversee Malmstrom, and 17 other men to get the ICBM site project back on track.

They formed what was known as a site activation task force, or SATAF, under the Ballistic Missiles Center of Air Materiel Command, today known as the Space and Missile Systems Center at Los Angeles Air Force Base, California.

"It hadn't been done before, and we were building the silos before they even fired a missile [from the] silo test program," Goldsworthy said Thursday in a phone interview with Military.com.

"The whole program was a little overwhelming, but it was one that gave me a great satisfaction of getting it done."

The first operational silo was completed at Malmstrom in 1961; construction of all 150 sites at the base was completed in 1963.
Click to expand...