Anyone have information about the late 1960s space tug? This was supposed to launched into LEO by the space shuttle and then hitch a ride on the NERVA-powered nuclear shuttle?

Triton said:
Anyone have information about the late 1960s space tug? This was supposed to launched into LEO by the space shuttle and then hitch a ride on the NERVA-powered nuclear shuttle?
Click to expand...

I think you know about the Altair VI blog. You might want to look up a book: "Exploring Tomorrow in Space" it had a lot of Post-Apollo stuff in it, IIRC.

I sent an information request to David about the Integrated Manned Space Flight Program from 1969 since he maintains a library of the documents at the USGS office in Flagstaff, AZ. 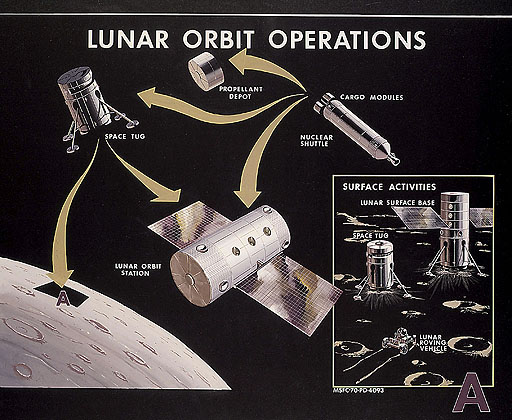 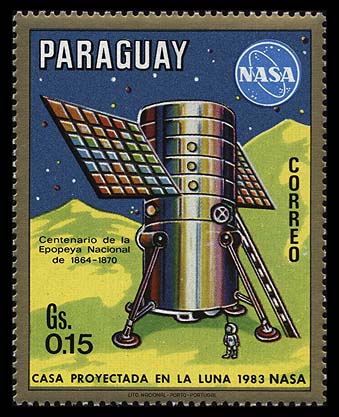 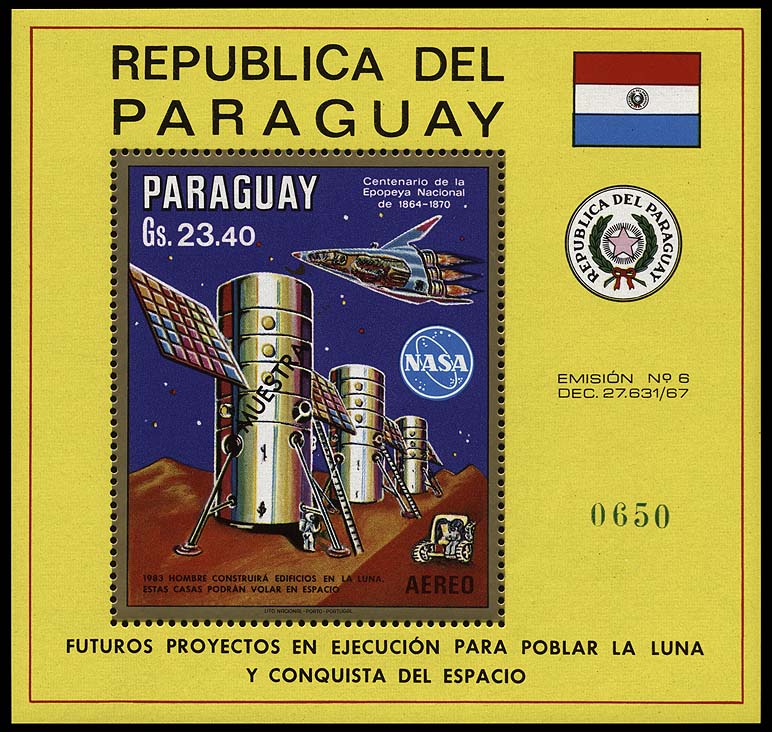 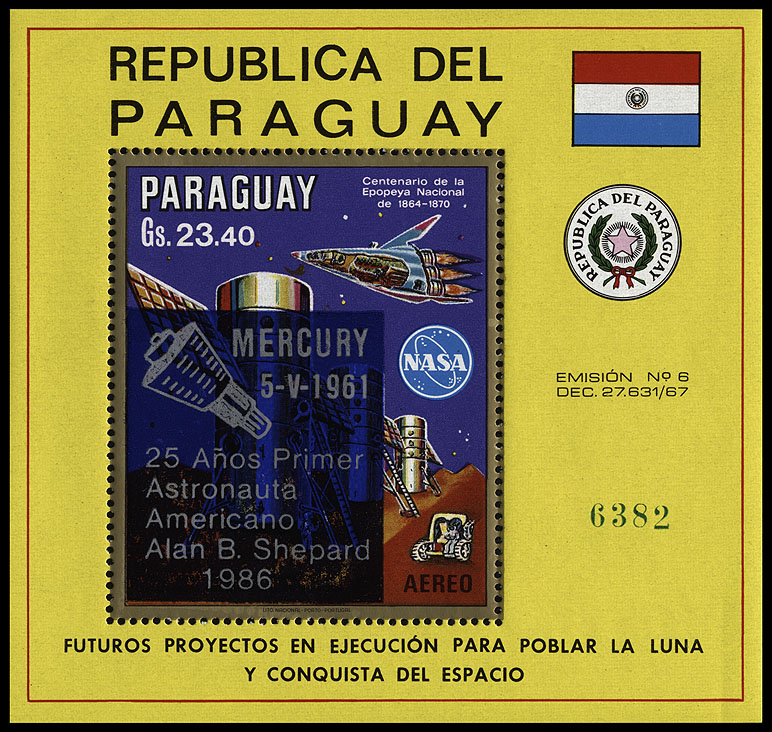 I have some information on this design. I'll dig it out then try to post some of it.

By the way. My understanding is that the tugs and the tin-can space stations were to be launched on one or more of the other Saturn launch vehicle concepts they explored. My guess is that the tug would have been launched on the Saturn S-1 / S-IV combination with the tug's arms (not shown in these illustrations) stowed in the shroud between the tug and the service version of the Apollo CSM. The crew would have ridden the launch in the CSM for safety reasons (It could have used the abort rocket during launch) then dock with the tug in the way that the CSM docked with the LM during the lunar missions. The tug and service Apollo would then have been stationed at one of the tin-can stations. This guess is based on what little I could find on the thing.

Also. Has anyone else noticed the flaw in this design as pictured? (And it is usually shown with this flaw.) How do those long landing struts retract to pull the pads into their cavities at the top of the landing gear openings?

I'm sorry about the poor quality of these images. They were copied back when the black & white copy machine was the only choice. That is except for the concept drawing with the visible tankage - that one was a frame grab from one of the NASM Laser Disks.

The following are excerpts from "An Integrated Space Program for the Next Generation" printed in Astronautics & Aeronautics, January 1970. This twenty-two page article has information on various components of that great 70s space program that wasn't.

The space tug, another reusable space vehicle in this strategy, would be designed for operation in the space environment only. Initial thinking calls for a propulsion module weighing about 50,000 lb with a fuel load of liquid hydrogen and liquid oxygen. The module would be about 22 ft in diameter and 25 ft long. The tug would employ an attachable module with living quarters for three to six men. For some applications, this crew module might have external manipulator arms to aid assembly and repair operations. (Page 38)

The tug would normally be docked at the space station, and the space shuttle would refuel and resupply it. (Page 38)

The tug itself would be carried into orbit by a Saturn-V. Initial design studies indicate that one Saturn-V launch will be able to deliver one space station module and several space tugs into low Earth orbit. (page 38) (Mike Burke's note - I think this launch scheme was only one of the concepts studied.)

The space tug (gross weight 80,000 lb) will be adapter for lunar landings by adding landing gear like the LM descent stage's. Deployed from the space station in lunar polar orbit, it will be able deliver substantial payloads on both legs of a round trip to the moon's surface. For example, if it carried 27,000 lb of cargo and passengers to the surface, it could return 7,000 lb to lunar orbit. (Page 44)

I hope you find this information useful. I have prepared a set of drawings for building a 1/96 scale model Space Tug. I think I should post those in another category on the forum.

In those days Space Tugs were a favorite species and it seems many versions were proposed by aerospace corporations.
A serious one was initiated as part of the post Apllo efforts by NASA and in 1969 the European Launcher Development Organisation (ELDO) was invited by NASA to undertake a study of a re-useable automated space tug to be used for the transfer of payloads from low orbits to geostationary orbit. Preliminary studies for this programme, which was to be the European contribution to the Space Shuttle programme, were undertaken by Hawker Sidelley, British Aircraft Corp., MAN, Fokker/VFW, SABCA and Sulzer Bros. A change in US policies on the space shuttle programme, led to the discontinuation of these studies in 1972. The space tug was to be 9.10 m long and 4.57 m in diameter.

NASA was back on the Space Tug concept at a later date and the Orbital Maneuvering Vehicle (OMV) was to be developed by TRW as a means to fly payloads to their desired orbit as well as retrieve payload for servicing in the Space Shuttle low orbit.
Cancelled in 1989, the OMV was to be a flat vehicle of 1.5 m length and a diameter of 5.00 m. In the centre was a propulsion module which would have provided the thrust for the vehicle for the flight between the orbiter and the target. Around this module were the various flight control, communication and telemetry packages as well as 24 reaction control thrusters for short range operations and attitude control.
Initially the OMV was to be equipped with a docking mechanism only but at a later date it was envisaged to attach other components such as a satellite refuelling kit or robotic arms. The first flight was anticipated in 1991.
A

That looks a lot like a design from a book called "Space Technology" by Kenneth Gatland (Salamander, 1981).
The Space Tug lies at the heart of the lunar transportation system. It must be made capable of being refuelled and maintained in space without returning to Earth for long periods of time. Although liquid hydrogen provides the major part of tank volume for the Tug, 86% of the propellant will be liquid oxygen. A single design of Tug will have to carry out all possible missions, either working alone or in a multi-stage configuration. For operations to the Moon a Tug with a maximum fuelled mass of about 12.5 tons seems optimum, although often it will be working with less than its maximum fuel load. The same Tug will be equipped with landing legs and radar for making the descent and soft landing on the moon's surface.

Attached are a couple of images I did a while back based on what's in the book.

This B.I.S. Space Tug concept is unique
because Liquid oxygen is not launch by rocket
but collect true satellite in low orbit (120 km - 74 miles)
this PROFAC Sat scoops oxygen from high atmosphere in 120 km
liquefied it to Lox, its tank full then move to rendezvous orbit
were its pumps Lox in to Tug or Tankstation build from Shuttle ET

the first picture show PROFAC dock with Tug for Refueling

so they need only hydrogene and Cargo by shuttle flight
later if a Moon Base is operational the Tug gets refuel with Lox from Moon.

the PROFAC proposal is from Sterge Demetriades (from 1969?)
its scoops for 30-20 days on 120 km high orbit
with help of Ionengine power by 10 MW nuclear reactor
its collect 15 tons of Lox

The Propulsive Fluid Accumulator (PROFAC) concept by Demetriades goes actually back to the late fifties:
http://www.osti.gov/energycitations/product.biblio.jsp?osti_id=4212027

THX for links martinbayer !
A

Designed as part of one of the last Integrated Program studies, this space tug was intended to act as not only an OTV, but as the replacement for the Apollo CSM/LM when the Americans returned to the Moon in the late 1980s.

As a preliminary study there is no final design but three candidate designs were picked.

As with all studies that pre-date the finalisation of the space shuttle design, some modifications may be needed.

Pre-Phase A Study for an Analysis of a Reuseable Space Tug, Vol. 1: Management Summary

Pre-Phase A Study for an Analysis of a Reuseable Space Tug, Vol. 2: Technical Summary

Pre-Phase A Study for an Analysis of a Reuseable Space Tug, Vol. 3: Mission & Operations Analysis (Note: Document is incomplete.)

Pre-Phase A Study for an Analysis of a Reuseable Space Tug, Vol. 4: Spacecraft Concepts & Systems Design (Note: Document is 611mb in size.)

Pre-Phase A Study for an Analysis of a Reuseable Space Tug, Vol. 5: Subsystems

Pre-Phase A Study for an Analysis of a Reuseable Space Tug, Vol. 6: Planning Documents

Jos Heyman said:
To Graham 1973.
Can you check these links - they do not seem to work.
Click to expand...

me to
but i used a Download tool to get the PDF from NTRS
seems the problem is at NTRS...

Jos Heyman said:
To Graham 1973.
Can you check these links - they do not seem to work.
Click to expand...

I'm not sure what happened but it seems that spurious " were added to the links. I've replaced the links and hopefully they should work now.
G

Yep was just going to mention that. Thanks for fixing.
B

That made for a good reading, but the best was to come. Right in the middle was link to this