This is actually regarding the CORONA program. 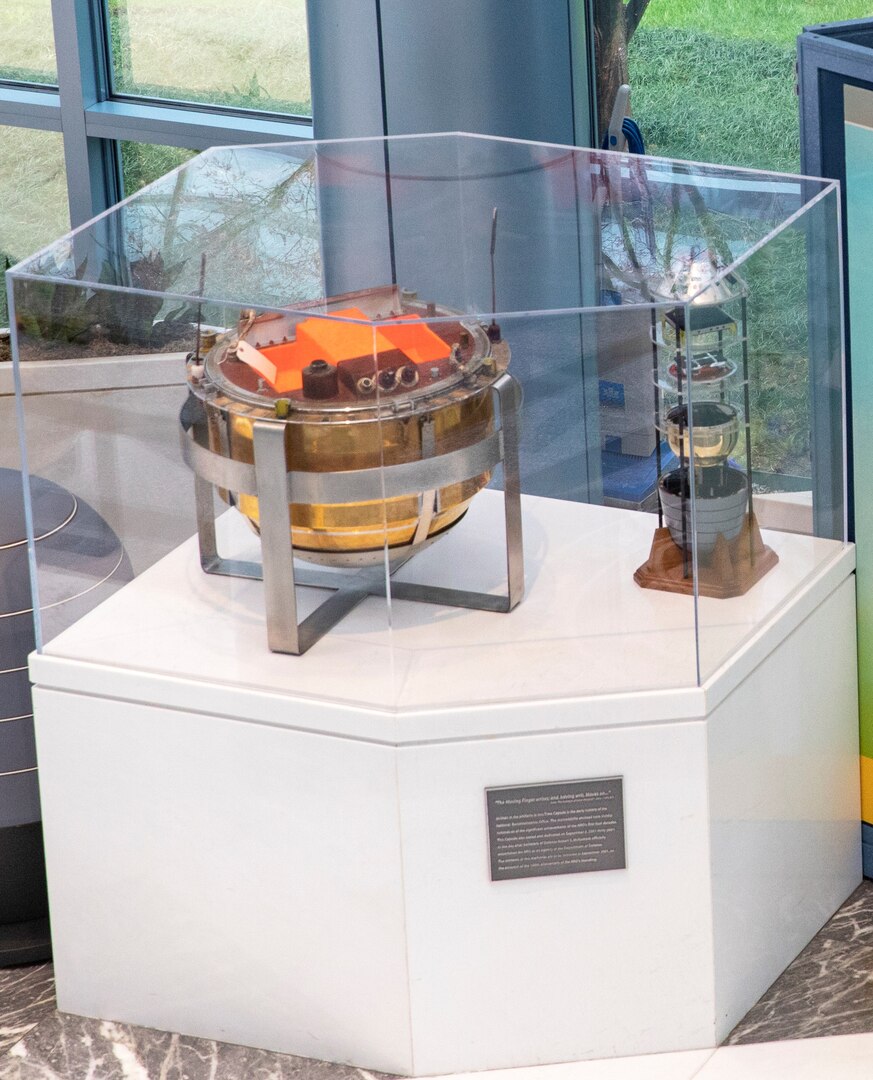 NRO employees probably passed by it numerous times as they walked through the Westfield’s main lobby. They may actually have stood near it and never knew it was there. NRO has a time capsule. Sealed
www.nro.gov

Titan IIID was flown 22 times with KH-9 and KH-11 reconnaissance satellites between 1971 and 1982, all successful launches. It was designed for heavy low Earth orbit payloads.

It was retired from service in 1982, and replaced by the upgraded Titan 34D. All launches occurred from Space Launch Complex 4E at Vandenberg Air Force Base.
Click to expand...

Warning you have to ‘move’ to the US to view this link.

The story of the Hexagon, a Danbury-built spy satellite that helped win the Cold War

The retired spies met regularly at the Danbury mall food court for lunch.

Flyaway said:
Warning you have to ‘move’ to the US to view this link.

The story of the Hexagon, a Danbury-built spy satellite that helped win the Cold War

The retired spies met regularly at the Danbury mall food court for lunch.

Works fine in Japan.
A

Sorry, this content is not available in your region.​

Sorry, this content is not available in your region.​

It often seems to be do with GDPR.

Flyaway said:
It often seems to be do with GDPR.
Click to expand...

A total disaster indeed.
A

What's GDPR ? sounds like GDR - East Germany. Should I blame the late Honecker ?
Or some kind of Ground Doppler Pulsed Radar...

On April 18, 1986, a giant Titan 34D rocket roared off its launch pad at California’s Vandenberg Air Force Base and promptly blew itself to smithereens.

The rocket exploded only a few hundred feet above the ground, relatively close to the ocean, and rained pieces of rocket, propellant, and a top secret spy satellite all over the surrounding area. The satellite was a HEXAGON reconnaissance satellite, the last of its type, and its loss was a major blow to the American intelligence community, happening less than a year after another Titan launching from Vandenberg destroyed another reconnaissance satellite called CRYSTAL (originally KENNEN), leaving the United States with very limited reconnaissance capability.

In addition to the HEXAGON, there was another payload onboard, named LORRI II. Until now it was believed that LORRI II was a deployable subsatellite similar to dozens of others that had been pushed off various reconnaissance satellites for decades. But newly declassified information indicates that LORRI II was actually “an EHF search and VHF technical intelligence pallet” designed to stay attached to the HEXAGON in flight. And the new information indicates that the National Reconnaissance Office, which operated the nation’s fleet of intelligence satellites, had a previously unknown program for collecting signals intelligence carried on the HEXAGON and perhaps other spacecraft.

AFTRACK
The first American reconnaissance satellites were named CORONA, and soon after they began flying in the late 1950s the Central Intelligence Agency began adding electronic boxes to the aft rack of the Agena spacecraft that carried them in orbit. The payloads often had deployable antennas that sprang out of the rear of the satellites and collected radar and other signals from over the Soviet Union. These were known as AFTRACK payloads and dozens of them were carried into orbit through the mid-1960s before the signals intelligence mission was transitioned to other spacecraft, although systems for detecting possible electronic attack and radar tracking of the satellites were continued into the 1970s. The AFTRACK program was replaced by signals intelligence payloads on small subsatellites that were deployed off the same Agena aft racks that had previously held attached electronics boxes. These subsatellites had their own individual names and mission numbers, and many of them were put in orbit in the latter 1960s before the program slowed its pace but continued to periodically launch satellites into the 1980s (see “Little Wizards: Signals intelligence satellites during the Cold War,” The Space Review, August 2, 2021.)

The AFTRACK payloads were given individual mission numbers to designate their intelligence mission. They were numbered starting with 7201 and so on, ending with 7225. According to a declassified letter from Secretary of the Air Force Edward “Pete” Aldridge a few days after the 1986 HEXAGON explosion, the LORRI II pallet was designated “Mission 7242” and was part of Program 989. Program 989 was a designation adopted in the mid-1960s covering signals intelligence subsatellites, but was not previously known to cover pallets that remained attached to satellites. The schoolbus-sized HEXAGON carried film in the mid-section of the spacecraft that fed into two powerful cameras forward. The exposed film then flowed forward into four large kettle-shaped reentry vehicles in the forebody of the spacecraft. The pallet would have been attached to the slab-sided forebody, an area that contained sufficient real estate for both attached payloads and deployable ones.

Newly declassified documents from the National Reconnaissance Office (NRO) have revealed a previously unknown member of the Gambit reconnaissance satellite family. This was referred to as the Advanced Gambit-3 (AG3), though it is quite different from the standard Gambit-3 vehicles. It is so different from previous models that it could, and should, be referred to as Gambit-4. The AG3 included a camera that resembled the KH-10 from the Dorian Manned Orbiting Laboratory (MOL) program.

One is left to ponder the logic that led to the AG3 proposal. The NRO documents indicate that the project was started in 1973 with the first mission scheduled for mid-1978. This new series would have begun with mission #55 in the Gambit-3 series (the last Gambit-3/KH-8 mission was #54). At this time, the Hexagon KH-9 spacecraft was just entering service and the KH-11 was still a few years in the future.
Click to expand...