Insert Quote
The Bell X-5 test plane was largely based on the Messerschmitt P.1101
Click to expand...

US troops discovered a Messerschmitt P.1011 prototype on 29 April 1945. It was 80% completed. Bell borrowed it in 1948 and decided to fly it with a J35 engine but the aircraft was too damaged. Then, the Bell team decided to produce a design based on it and show their proposal to the Air Force in late 1948 but the Engineering Division stated that it was unable to carry enough fuel and armament to be a good interceptor. Bell proposed building two experimental aircraft to prove the validity of the concept, that was the Bell Model 60 / NACA X-5. Several fighter projects were studied from 1949 to 1951. A single 5,200 lb J35-A-17 would have been the powerplant (720 mph at sea level). Armament: 46 rockets and nose mounted AN/APS-19A radar.
Click to expand...

There is a mistake in the labeling of the third image. It actually represents the unbuilt LL-2, not the LL-3.

For more on the LL- series of solid fuel rocket gliders, see http://www.secretprojects.co.uk/forum/index.php/topic,17092.0

That's not what many books seem to say. They say it was actually a newly-built aircraft. Do you have a source to back up your assertion?

Was a twin-engine variant ever considered?
J

[font=]Originally designated XS‑5 and redesignated as X‑5 in early 1948, the programme involved the study of variable sweep wings. It was a follow‑on study of the German Messerschmitt P‑1101 work, an aircraft which was captured by allied forces in 1945 and was supplied to Bell for study but was not flown. [/font]
S

The Polish Wydawnictwo Militaria #12 contains a profile view and a three-view arrangement of the Messerschmitt P.1110 unlike anything I've seen before. How does this relate to the variants shown earlier in this topic?

The version with an annular intake we had already indrawings by Justo and Flitzer (#53, #65).
The "P.1110" designation seems to have been given not just to a new type, but to a general
research programme, as we would call it nowadays.

I don't know if this is the appropriate thread to post my question but...

Are there any other entries to this scheme? I would be surprised if there weren't, given how Nazi Germany worked back then. I don't even know if that requirement was ever official. Either way, the design would likely have to have been very radical to work within those requirements!

GWrecks said:
I don't know if this is the appropriate thread to post my question but...

Are there any other entries to this scheme? I would be surprised if there weren't, given how Nazi Germany worked back then. I don't even know if that requirement was ever official. Either way, the design would likely have to have been very radical to work within those requirements!
Click to expand...

It seems to have started with the Schnellbomber specification of early 1942 (for which, unusually, any combination of engines was allowed), which resulted in the competition which led to the Do 335 defeating the Me 109 Zw at a design comparison meeting on January 19, 1943. While Messerschmitt's official entry was the twin-fuselage Me 109 Zw, drawn up by Voigt's projects team, as usual Alexander Lippisch's Abteilung L team had come up with its own parallel entry - the P 11. And as usual, Willy Messerschmitt declined to pitch Abteilung L's entry for the competition. When Lippisch left Messerschmitt for the LFW at the end of March 1943, he took the P 11 design with him and continued to work on it.
Meanwhile, Walter Horten (he told David Myhra years later) had seen a speech by Hermann Goering in which he had professed a desire for an aircraft capable of carrying 1000kg of bombs 1000km (to the target and another 1000km back) at 1000km/h. He relayed this to his brother Reimar and the two then reconfigured the H IX fighter they'd been working on as a fast bomber.
Both Lippisch and the Hortens then tried to get a meeting with Goering, which happened on September 28, 1943 (see attached). Goering and Diesing saw Lippisch from 3.45pm to 4pm and the Hortens from 4pm to 4.20pm. Each was awarded RM 500,000 to build a flying prototype and, according to Walter, Milch cut each of them a cheque for the money.
So that was it. The 'competition' began.
Herbert Wolff of Flugmechanik L at Focke-Wulf started studying designs for a twin-jet fast bomber in October 1943 and produced a draft report in March 1944 entitled 'Kurzbeschreibung 1000-1000-1000' concerning whether a tailless or conventional aircraft structure would be better for achieving the '1000kg, 1000km, 1000km/h' spec. Wolff's final report wasn't published until August 1944, however, within which he makes specific reference to 'Lippisch projects 1000/1000/1000'. The conclusion was that the tailless design didn't offer any particular advantages over the conventional one. Two designs were used to illustrate the report - one conventional and one tailless. On the reel of microfilm where these reports are found, the chronological order of these reports is reversed, so Wolff's earliest notes appear at the end. Among these notes is a very sketchy design for what would end up being the 'conventional' layout design. But because it's at the end, whoever discovered it first labelled it the 'C' design, even though it's actually just a rough sketch of the conventional layout.
You could argue that the Gotha P-60 A, since it was designed as a competitor for the H IX / 8-229 is a 1000 x 1000 x 1000 design. And Arado drew up a very sketchy triangular-shaped fast bomber which fits the chronology, but as far as I'm aware there were no other designs for this 'competition'.

Thanks for the information! I was quite enlightened by that post.
C

6o6 FLIGHT JUNE 13TH, i946 number but still below unity, fortheory has so far failed to provide solu- tions to flow problems where parts ofthe field are subsonic and other parts supersonic. \Ve know f
www.flightglobal.com
Click to expand... 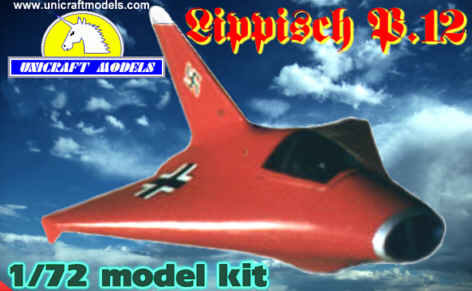 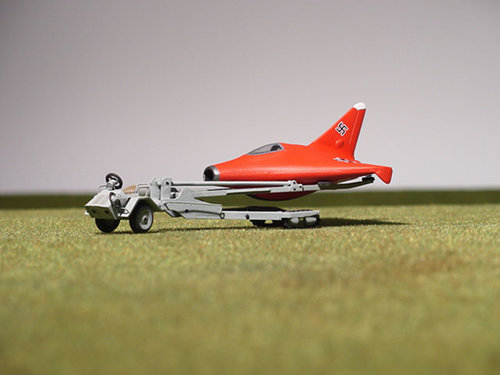