The Martin PM-3 was a project of twin fuselage two seat patrol
aircraft and powered by two engines and had estimated speed of
110 mph.

Do you have a Martin Model Number for the PM-3?

The 'Martin PM-3' is a mysterious design.
Despite much searching I was unable to find even a slightest bit of
info about a Martin PM-3.

What is the source of your illustration ?

I have some idea that this project is not from
the well known Martin Company.

Maybe a concept from the fertile mind of James V.Martin

I would agree with Lark. J.V.Marting was fond of twin-hulls

Lark you are correct it was James Martin formerly Grahame-White Company at Hendon.

The prior pdf had the start of the article

Mystery solved.
Up to the next one
S

This James Martin: http://www.earlyaviators.com/emartja1.htm
not the Irish one http://findarticles.com/p/articles/mi_gx5202/is_1990/ai_n19121906
and not Glenn L. Martin http://www.marylandaviationmuseum.org/history/glenn_martin/index.html
in case others were as confused as I was.

That's quite a clean design for the time and an enormous amount of wing area, I guess for carrying a lot of fuel for long-duration patrols.

this man designed during 1908 to 1911,a glider and a tailless pusher airplanes,followed by a cruising
tractor aircraft of 1917,and K.III & K.IV single seat biplane fighters 1918,and a cruising bomber of 1919,
which was a three seat bomber/recce biplane,powered by two 350 hp Sunbeam 12 later fitted by a two
400 hp Liberty 12 engine,but there is no pictures known for last two cruiser concepts,also I spoke about
his patents here;

The 'Martin Tractor Aeroplane' illustrated at the top of that page is elsewhere described as a 'Martin-Gage'. In other words, it was Jay Gage's Tractor Bi-Plane, built by his Gage-McClay Company of of Griffith Aviation Park, Los Angeles. But what were Martin's mods?

The only external differences that I can spot (as compared with the Fowler-Gage and the drawing link, above) is that Martin's aircraft had equal-span wings (which left the ailerons protruding to the sides). So, the 'Martin-Gage' had an equal, 30 foot span instead of the full 41 foot span. The thing is, the upper wings' "five foot extensions can be readily detached thus increasing the speed of the machine."

There's some info about the Martin-Gage on The Aviation Art of Steve Remington web page: http://collectair.org/SteveRemingtonArt.html

"Jay Gage (Gage-McClay Company) built at least four of the tractor biplanes. J.V. Martin used a Gage (a Martin-Gage) for his flights in Fairbanks, Alaska in 1913".

Other Gage-McClay Tractor Bi-Planes being built for Robert G. Fowler (whose aircraft has been restored by NASM), Roy Newell Francis (who crashed at the 1913 Wyoming State Fair), and partners Philip Orin Parmelee and James Clifford Turpin. The latter pair having had only collected their Gage-McClays a month or so before Parmelee's fatal crash at Yakima, WA (thereafter, J. Clifford Turpin quit flying altogether).

"James V. Martin organized the first competitive air meet in America at Squantum, Mass. for the Harvard Aeronautical Society in 1910; he traveled to England in Jan. 1911 for flight training and returned with Certificate #55 and a new wife, Lilly Irvine, the first English woman aviator. Martin owned a Martin-Gage Tractor used for exhibitions. Some businessmen promoters from Fairbanks, Alaska engaged Martin in 1913 to fly at Fairbanks which entailed a circuitous steamship/rail/steamboat shipment of the crated Gage. Martin flew low over Fairbanks for 3 days; with no sale, the airplane was shipped back to San Francisco but history was made as the flights were the first airplane to fly in Alaska. Martin later owned an aircraft company, was an inventor and produced a 3-wheel microcar."

Actually, Martin had been a Lieutenant in the US Navy Reserve but "had billed himself as 'Captain James V. Martin, US Master Mariner and Pioneer Designer'."

Many thanks to you my dear Apophenia,

"The Air Services acquired a prototype of the bomber for testing at McCook Field, but during engine tests the airplane's transmission fell apart, so it was never flown. For reasons never explained, the airplane later was destroyed by firing incendiary machine gun bullets into it. Martin was incensed. He claimed his airplane was destroyed because [the Martin Aeroplane Factory of Elyria, OH] was not one of the manufacturers favored by Air Service officers."

Martin probably wanted the bomber back to further his 1912 ambition to fly the Atlantic (having claimed that his bomber design "was capable of transoceanic flight." [here quoting from Winged Defense: The Development and Possibilities of Modern Air Power - Economic and Military, William Mitchell, G.P. Putnam's Sons Press, New York, 1925.]

Apparently, there is a photo of the Martin bomber on Page 471 of Scientific American, Volume 123 (1920, but I'm not sure which month), with a discussion of the 7-ton bomber's transmission.

Apophenia said:
Actually, Martin had been a Lieutenant in the US Navy Reserve but "had billed himself as 'Captain James V. Martin, US Master Mariner and Pioneer Designer'."
Click to expand...

Perhaps. But wouldn't Martin have lost any frocked rank upon leaving active service?
A

"After being enlisted into the US Naval Reserve from Elyria, Ohio in last month of 1918, Captain Martin of the Relief Delivery Vessel USS Lake Fray was back in his pre-war role as Master Mariner."
So he was captain of a ship, not captain in rank. 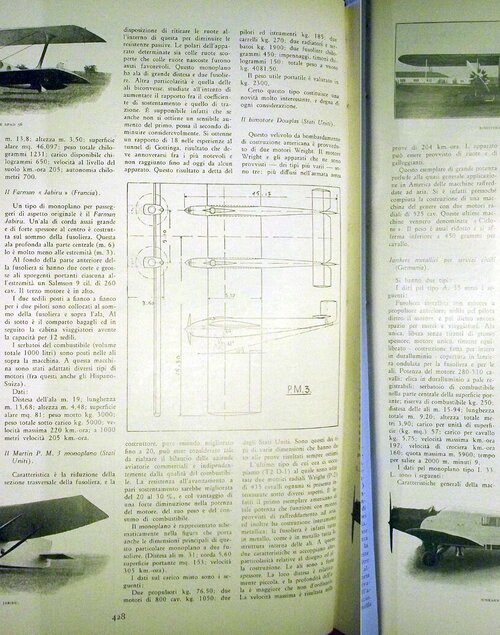